A suspect in an October homicide surrendered to deputies and was arrested on a first-degree murder charge this week.

Jayveon Washington turned himself in to Tulsa County sheriff’s deputies around 10:50 a.m. Tuesday, according to spokeswoman Casey Roebuck.

Witnesses said Washington and Walker had been fighting with each other for a couple of months and that in one incident, Walker had stabbed Washington, according to an affidavit.

After the stabbing, Washington relocated to Little Rock, Arkansas, with his girlfriend but returned to Tulsa a couple of weeks before Walker was killed, the affidavit says.

Witnesses reported a phone call from Washington’s girlfriend saying they were headed back to Tulsa and that Washington intended to shoot Walker, the affidavit reads.

Washington’s presence in Tulsa around the time of the homicide was shown by cellphone records, the document states.

Additional records show that a GPS device in a white Toyota Camry that belonged to Washington’s aunt was shut off on Oct. 14 and reactivated the next day, the legal document continues.

On surveillance video, a car matching the Camry’s description was spotted at the Pine Street and Martin Luther King Jr. Boulevard intersection, driving away from the direction of the apartment complex, about the time of the shooting, the affidavit adds. 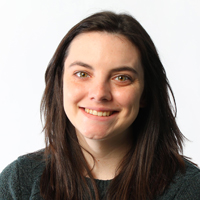 As a breaking news reporter, I cover crime and other spot news. I graduated from the Columbia Graduate School of Journalism in 2022 before joining the Tulsa World.

Phillip Barry Albert is a former president of Pelco Structural LLC in Claremore and was a member of the University of Oklahoma Board of Regents from 2016 to January 2022, when he resigned.

Fired from Tulsa County not long after the theft was discovered, Michael Bonin was hired at the Osage County Sheriff's Office and is currently suspended from his job there.

Appellate judges agreed that Matthew Hall's conviction on two counts of accessory to a felony constituted "double punishment" for his role in the June 2020 traffic-stop shooting of two Tulsa police officers.

Diane Carpenter, 66, and Kenneth Carpenter, 56, reportedly lived together at the south Broken Arrow residence where officers found them both dead Thursday.

Oklahoma County's sheriff said deputies and officers cannot, under state law, enforce a rule established by the Justice Department, as opposed to a federal law established by Congress.

Police are investigating Broken Arrow's first homicide of the year.

The wife of Tulsa County District Attorney Steve Kunzweiler spoke publicly for the first time Tuesday alongside her recovered husband and youngest daughter about their experience with their middle daughter, who has mental illness.