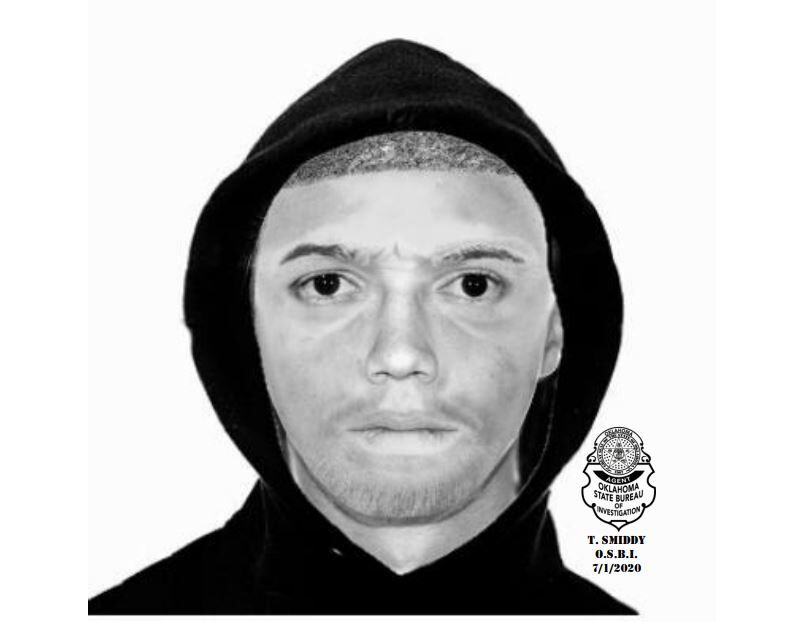 The Tulsa Police Department on Wednesday released this sketch of the man who fatally Benjamin Montgomery at his south Tulsa apartment in 2019. 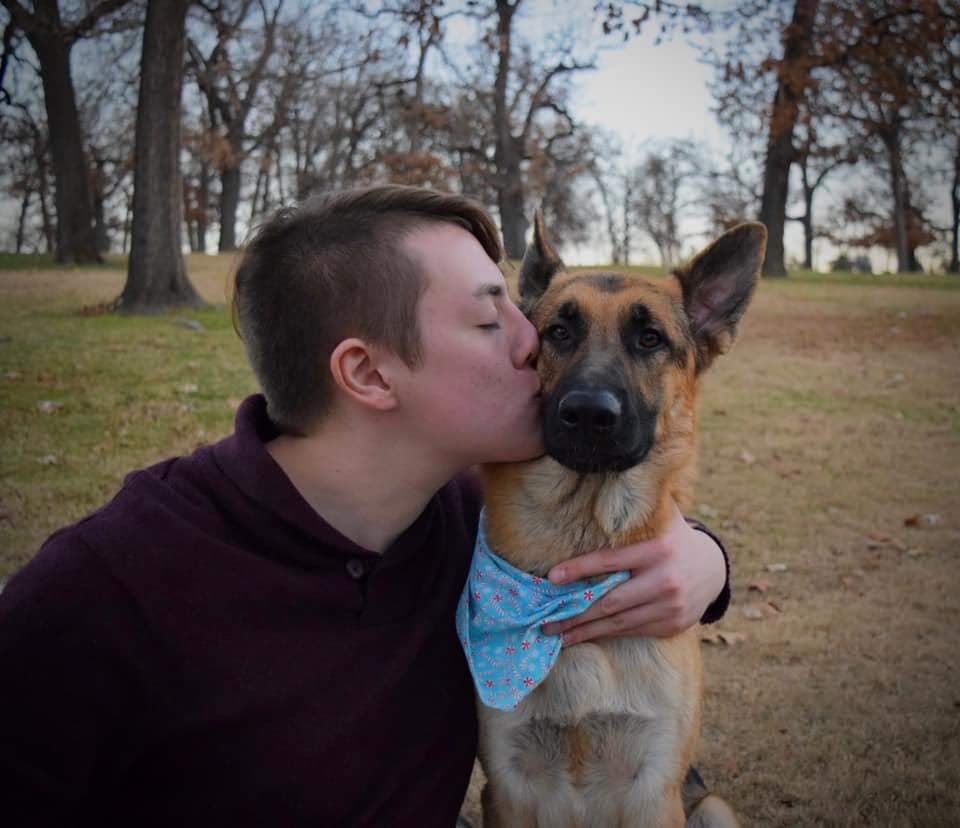 Ben Montgomery poses with his beloved 3-year-old German Shepherd, Oakley. Montgomery was shot and killed while confronting armed robbers at his south Tulsa apartment in 2019. Investigators released a sketch of the suspected shooter Wednesday.

Almost a year since a 22-year-old man died protecting others at his south Tulsa apartment, state investigators released a composite sketch of the assailant.

Benjamin Montgomery would have been 23 on Wednesday had his life not been cut short during a robbery on Oct. 10, 2019.

Montgomery, a delivery driver with a tender heart, was shot in the torso at his apartment in the 10800 block of South Sheridan Road while hosting a party.

Two robbers and a robbery victim showed up at his door about 11 p.m., and one of the robbers stepped inside the apartment, brandishing a semi-automatic handgun.

Montgomery put himself between the robber and his guests, and he was shot in an ensuing altercation, Tulsa Police Homicide Lt. Brandon Watkins said then.

The shooter was a stranger to all at the party, so investigators struggled to come up with leads.

Montgomery’s case is one of two 2019 homicides that remain unsolved. Sixty-two people were killed in Tulsa last year.

An Oklahoma State Bureau of Investigation artist later met with a witness to form a composite sketch, and detectives are hoping it will spur new information.

Anyone who could identify a person based on the sketch is asked to contact Crime Stoppers at 918-596-COPS (2677), bit.ly/TCStips or through the Tulsa Tips app, which can be downloaded from the Google Play or iTunes stores.

Tipsters may remain anonymous, and cash rewards are paid for information leading to arrests.

Mayor G.T. Bynum said vandalism is not peaceful protest, and police identified the individuals as persons of interest in a case of malicious injury to property.

The shooting occurred around midnight Wednesday night in the 200 block of East 52nd Place.

Police said video shows the two shattering display cases and stealing products from Purple Moon Dispensary. Police said their descriptions and methods reportedly match up with the burglary of a Tulsa dispensary.

A 3-year-old boy went to a convenience store in the 500 block of South 33rd West Avenue around 4:15 p.m. Monday and said his father had been shot, Homicide Unit Lt. Brandon Watkins said.

Officers responded to a call around 7:20 p.m. Sunday from a home in the area of 31st Street and 129th East Avenue.

Michael D. Marshall, 56, is accused of shooting two men Thursday, killing one, in a confrontation over stolen marijuana plants.

An Owasso man was driving a stolen pickup while being pursued by law enforcement. An uninvolved motorist was killed when the suspect ran a red light, federal prosecutors say.

The Tulsa Police Department on Wednesday released this sketch of the man who fatally Benjamin Montgomery at his south Tulsa apartment in 2019.

Ben Montgomery poses with his beloved 3-year-old German Shepherd, Oakley. Montgomery was shot and killed while confronting armed robbers at his south Tulsa apartment in 2019. Investigators released a sketch of the suspected shooter Wednesday.