Bills vs. Titans: Follow the latest scores and updates from MNF

NORMAN — The Oklahoma Highway Patrol pursuit that killed Lt. Heath Meyer quickly turned dangerous and should have been swiftly terminated pursuant to the agency’s own policy, according to an expert witness for the defense.

Alternatively, the OHP case agent testified he saw nothing on video or in reports that would have caused him to call off the pursuit the night of July 14, 2017, on Interstate 35 in Moore.

D’angelo Burgess’ first-degree murder trial entered its fifth day Friday with a twist. The defense’s expert witness testified to accommodate his schedule prior to the state calling its final witness and resting its case.

Geoffrey Alpert is a professor at the University of South Carolina in the criminology and criminal justice department who researches high-risk police activities, such as vehicular pursuits. He testified he is the only non-sworn officer member of the International Association of Chiefs of Police board that is revising its model pursuit policy.

Alpert, who testified to writing hundreds of pursuit policies for agencies, referenced OHP’s version as outdated, with wording commonly seen in the 1980s.

He said the policy forces troopers into the “horrible position” of making many split-second decisions in high-stakes situations. There is no “detached supervisor” to impartially process a pursuit’s risk factors and informatively call the shots away from the action, he said.

Alpert termed OHP’s a “judgmental policy,” meaning the decision on whether to chase in all instances is placed squarely on the trooper. The other two types of policies are “prohibitive” — meaning they don’t allow chases — and “restrictive” — allowing chases but with prohibitions. An example is pursuing only if the violator is known to have committed a violent felony.

He referenced a 2017 Bureau of Justice Statistics report that found for the first time there were more agencies using restrictive policies rather than judgmental ones. The report is based on data from four or five years previous to it, he said.

Alpert testified the troopers’ decision-making and discussion — or lack thereof — weren’t sufficient to justify the heightened risk of pursuing Burgess. The OHP pursuit policy states troopers must promote the safety of all persons, which he said didn’t happen July 14.

He explained the pursuit began with only the knowledge of two safety violations — following too closely and failure to wear a seat belt — and quickly evolved into speeds of 100 mph-plus in heavy traffic.

“And that’s the point at which it should be terminated by national standard and their own policy,” he testified.

OHP Capt. Ronnie Hampton took the stand as the prosecution’s final witness and the case’s agent.

As far as notions of limited discussion, he testified it’s important to stay off the radio unless reporting key information. There is only one channel and they want to keep it clear for the two pursuing troopers’ use, he said.

Hampton testified that at the time Trooper Eric Foster radioed he had stop sticks ready, there were less than two minutes before the pursuit reached that location.

“You’re gonna let that play out,” Hampton said and not terminate the chase when tire deflation devices may end it soon.

Mashburn asked Hampton if troopers were “hot-dogging it” or playing the part of “cowboys” in chasing Burgess down the interstate.

“No, they were engaged in a police pursuit,” Hampton replied.

He later said that as a supervisor there wasn’t anything that would make him call off that pursuit. He agreed with Mashburn that it was a “pretty common” chase for the Oklahoma City metro area.

Under cross examination, Hampton acknowledged not all of OHP’s policies were followed. He elaborated to Mashburn that troopers didn’t mention the amount of vehicle or pedestrian traffic in areas, per policy stipulations.

In re-cross examination, Hampton said that was the only issue he found. There were no other issues with training or policy, he said.

Hampton also presented crash recorder data from the cruiser that struck Meyer and offered commentary on a slow-motion, side-by-side videos from the two OHP cars involved in the wreck.

The data show Trooper Clint Painter’s car — the one that hit Meyer as he hopped over the concrete wall median to retrieve his stop sticks — was going 97 mph at five seconds before the collision. He was going 89 mph three seconds beforehand.

Hampton said Painter’s foot was off the accelerator and on the brake for the entire five seconds of data before the wall impact. The antilock braking system activated about a second before that wreck.

Hampton testified that Painter was going 59 mph when his car ricocheted off the other trooper’s cruiser, three-tenths of a second before crashing into Meyer and the barrier.

He said there was nothing on the inside shoulder with 2.5 seconds to go. Meyer’s foot is perhaps first seen beginning to go over the barrier with 1.2 seconds left.

Mashburn and Hampton had this exchange: Could the crash have been avoided? No. Why? Not enough time.

Meyer, 43 and a 12-year OHP veteran, died 10 days after the crash. Burgess, 28, of Oklahoma City, is charged with first-degree felony murder, attempting to elude law enforcement, possession of marijuana and possession of drug paraphernalia.

The defense will present its opening statements Monday, followed by testimony from its remaining witnesses. The jury then is expected to deliberate after closing arguments.

Biden honors Powell as 'a dear friend and a patriot' 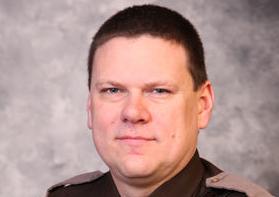 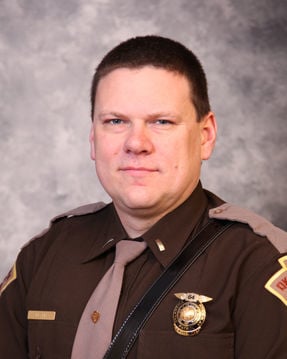 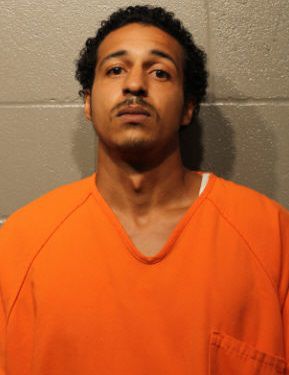