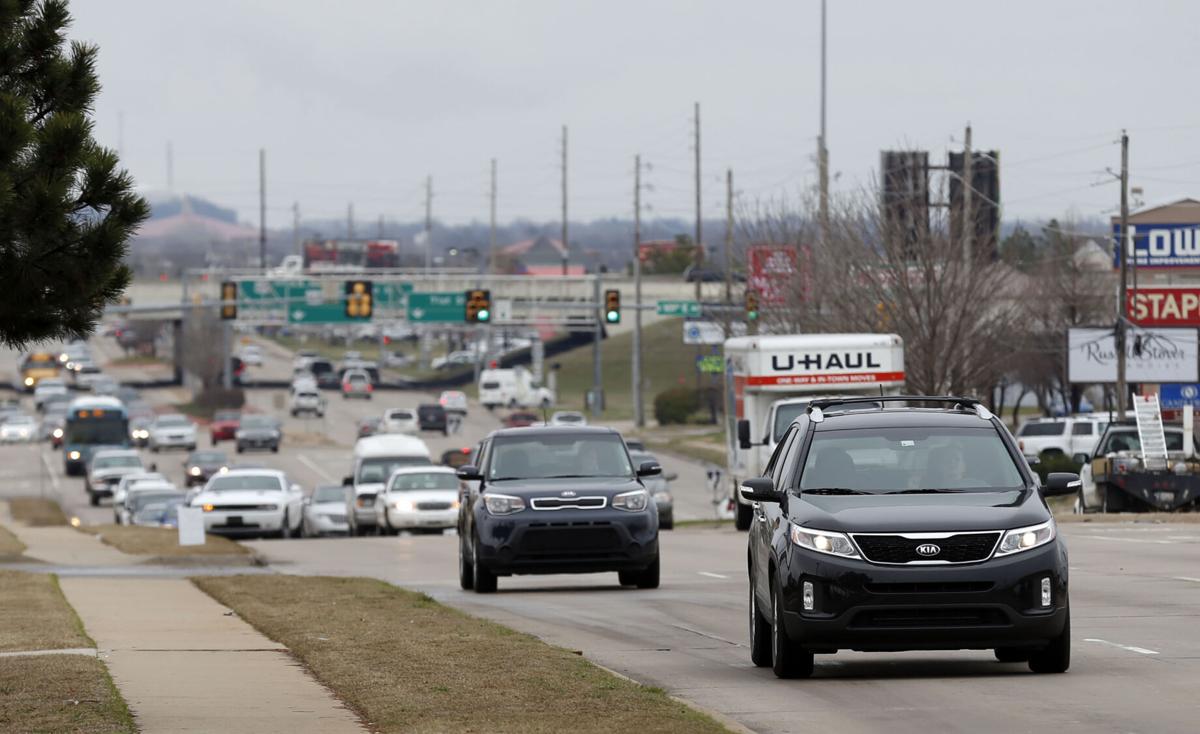 Tulsa's 71st Street, seen here looking east from Mingo Road, has multiple lanes of traffic in each direction. In the background is U.S. 169. 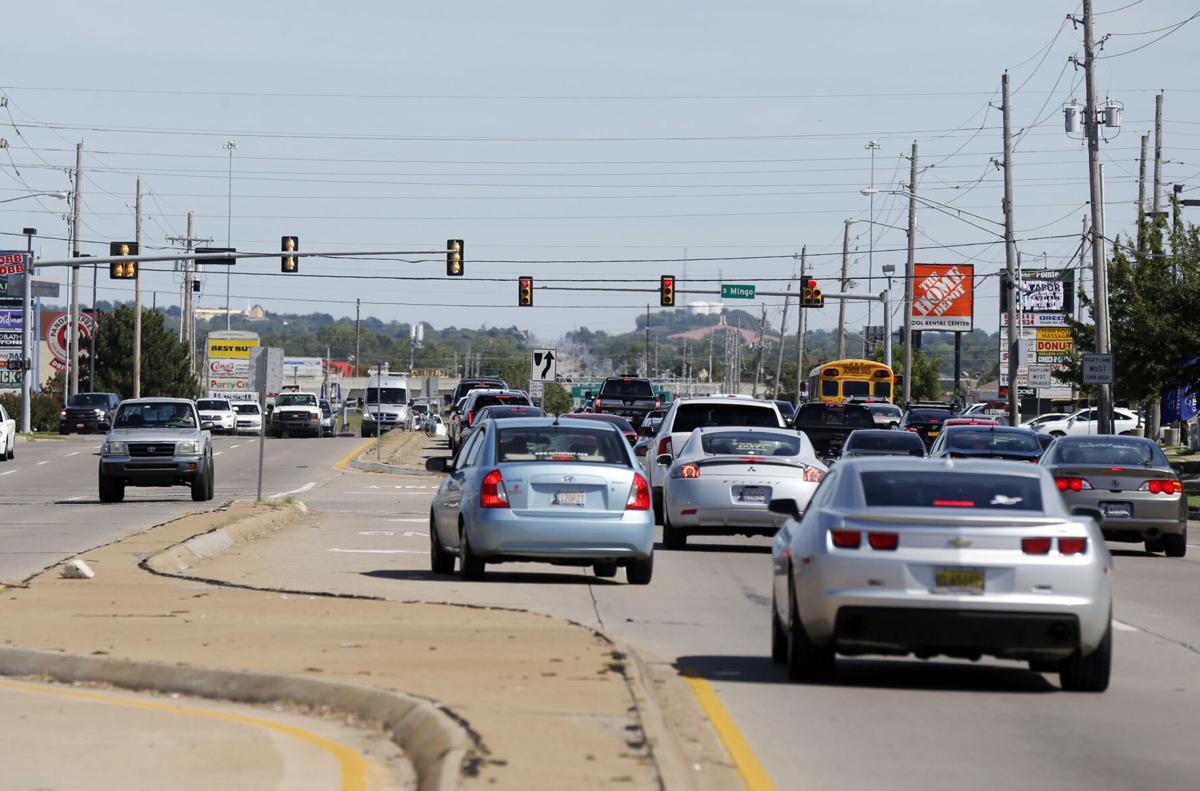 A major construction project that will begin on 71st Street on Thursday will affect motorists heading to Woodland Hills Mall and dozens of other businesses for the better part of a year.

Crews will replace sections of concrete on 71st between Mingo Road and Memorial Drive.

The street will be narrowed to a minimum of one lane in each direction, and left turns may be limited or restricted.

Work will be halted in November and December for the holiday shopping season, but the project will resume in January and last until the spring of 2022, the city said.

“Whatever panels of concrete are broken, they are going to replace those,” city spokeswoman Laura Weber said.

Work will start at Mingo and progress west to Memorial. The intersection of 71st and Memorial — one of Tulsa’s busiest — will also be affected.

“That’s a heavily traveled area, so we do need to be doing maintenance pretty often,” she said.

Woodland Hills Mall is just north of the affected area, and dozens of other retail shops, restaurants and other businesses are on both sides of 71st Street in the area.

On average, between 39,100 and 52,100 vehicles per day travel on 71st Street between Mingo Road and Memorial Drive, according to 2017 city of Tulsa traffic counts, the most recent available.

Access to all businesses will be maintained and marked with blue “Business Access” signs, the city said.

“City street projects show how sales taxes and property taxes are funding road improvements. Tulsans are encouraged not to avoid construction areas, but to support the area businesses throughout the construction project,” the city said in a news release.

The city has contracted with Crossland Heavy Construction for the $2.228 million Improve Our Tulsa project.

The project is the second that is affecting a major intersection in the city at this time.

The city in February started a $1.747 million street rehabilitation project at 61st Street and Yale Avenue that includes replacement of waterlines, concrete pavement and traffic signals. Traffic is limited to one lane in each direction at the intersection.

The main campus of Saint Francis Hospital is on the southeast corner of the intersection. LaFortune Park is on on the northeast corner, and several medical offices are on the southwest corner.

That project is expected to last through the beginning of July, weather permitting, the city said.

Featured video: Construction and delays continue on I-44 and U.S. 75

Photos: See a bird’s-eye view of traffic and construction along I-44

The grand jury report blasted Epic Charter School’s own governing board for "failure in fiduciary duty" to its students and in accounting to the state of Oklahoma. #oklaed

Tulsa's 71st Street, seen here looking east from Mingo Road, has multiple lanes of traffic in each direction. In the background is U.S. 169.