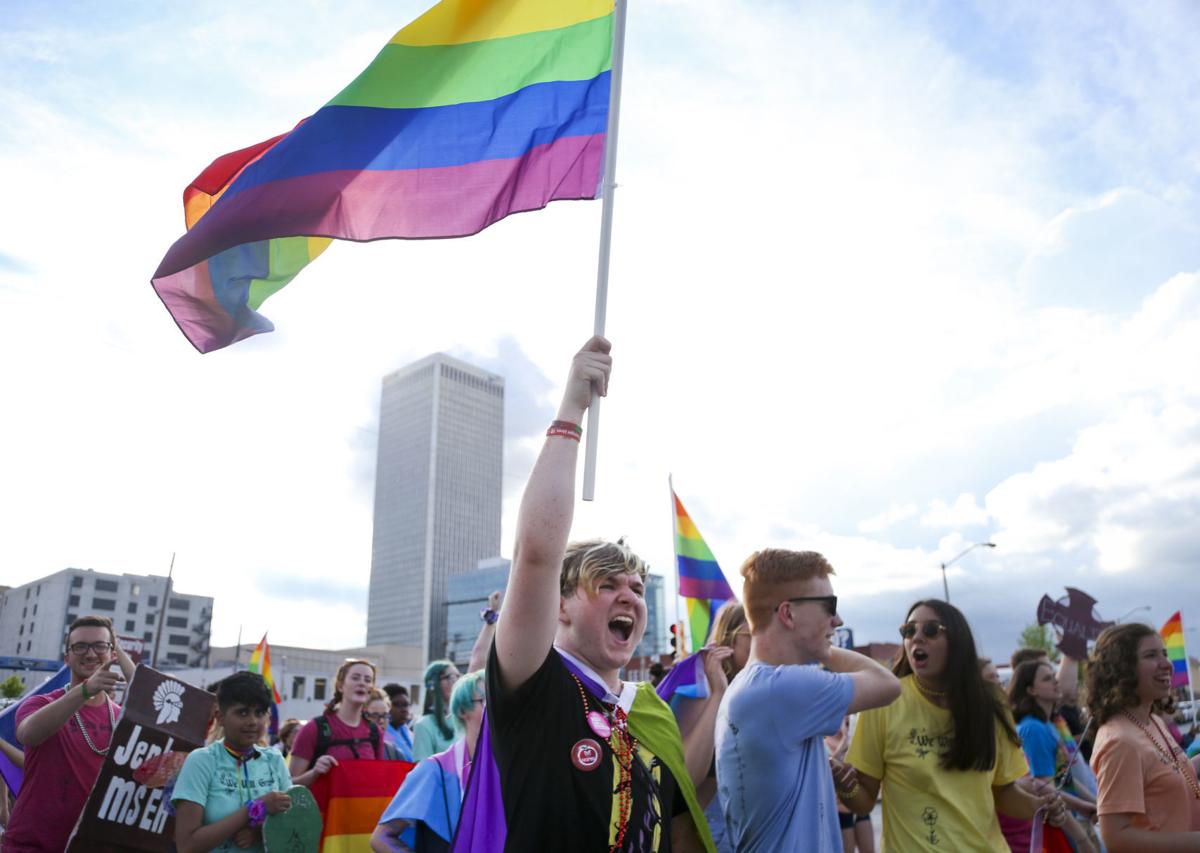 Carmyn Taylor cheers while holding a rainbow flag high in the air during the 35th annual Tulsa Pride parade. 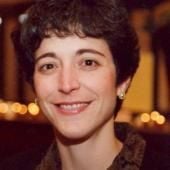 In the 1980s, Dennis Neill, an employee of our family business, came out as gay to my late father, Charles Schusterman. Coming out in Tulsa during the height of the AIDS crisis was a risky thing to do, and it could have cost Dennis his job.

But my father embraced Dennis and assured him that his job was safe.

At the time, there was no law in Oklahoma to prevent Dennis from being fired or discriminated against simply for being gay. My father provided that protection on his own.

Nearly 20 years later, Dennis’s story and many others like it inspired me to ensure that our company extended full benefits to LGBTQ+ people, even though no federal law and very few state laws mandated we provide such benefits.

Even today, no such laws exist in many states or at the federal level. Despite measurable achievements for LGBTQ+ rights, such as legalizing same-sex marriage, the federal government has never passed comprehensive legislation for fair and equal treatment of LGBTQ+ people.

That could change soon. On March 17, the U.S. Senate Judiciary Committee held a hearing on the Equality Act. If signed into law, the Equality Act would prohibit employers in all 50 states from discriminating against employees on the basis of sexual orientation and gender identity. It would also protect LGBTQ+ people from discrimination in housing, education, government services and public spaces.

As a business owner and philanthropist who strives to honor the dignity of all people and to build a more just and inclusive society, I believe this is a critical moment for our community to mobilize in support of LGBTQ+ rights.

Beginning under the leadership of my mother, Lynn, our family’s philanthropy has proudly supported efforts to advance LGBTQ+ equality for more than two decades. We have seen how investments in LGBTQ+ rights — including in Oklahoma — have led to significant progress and, in turn, helped to strengthen communities civically, socially and economically.

But we have much more work to do.

In Oklahoma, where approximately 228,000 LGBTQ+ people live, the absence of federal protections for LGBTQ people has been disastrous.

For example, when a professor at Southeastern Oklahoma State University came out as transgender in 2007, the vice president for academic affairs shared that he “considered transgender people a grave offense to his religious sensibilities.” Despite positive recommendations from her department chair and review committee, the professor was denied tenure and not permitted to reapply to teach the following school year.

The safety and dignity of our loved ones, of LGBTQ+ workers and tenants, should not depend on the generosity of individual employers nor be subject to the whims of a landlord.

Today, I call on all Oklahomans to join with Oklahomans for Equality to support the Equality Act so that all people in the U.S. — regardless of their sexual orientation or gender identity — can live with dignity and true access to equal opportunities. Reach out to Sens. James Lankford and Jim Inhofe to tell them to vote for the legislation. Encourage your family and networks to do the same.

Since 1980, Oklahomans for Equality (OkEq) has sought equal rights for LGBTQ+ individuals, youth and families. OkEq has also served LGBTQ+ Oklahomans who lack federal and state protections for employment, housing and public accommodations. While neighboring states such as New Mexico and Colorado adopted these protections, Oklahoma continues to refuse.

That’s why I believe it is paramount to pass this federal legislation.

When I think back to the 1980s, I’m proud that my father embraced and supported Dennis. Under my mother’s leadership, Dennis became a leader in our family’s philanthropic efforts to advance LGBTQ+ rights in Tulsa, including creating the Dennis R. Neill Equality Center.

But it is unconscionable that nearly 40 years later, people still cannot rely on the law to protect them.

Numerous polls indicate that roughly 80% of Americans — including a majority of Democrats, Republicans and independents — support a bill like the Equality Act. Passing it would be a major step toward building an American society rooted in justice and dignity for everyone. I urge all Oklahomans to call our Senators and urge them to pass the Equality Act.

Together, let’s build an inclusive future that benefits us all.

Carmyn Taylor cheers while holding a rainbow flag high in the air during the 35th annual Tulsa Pride parade.