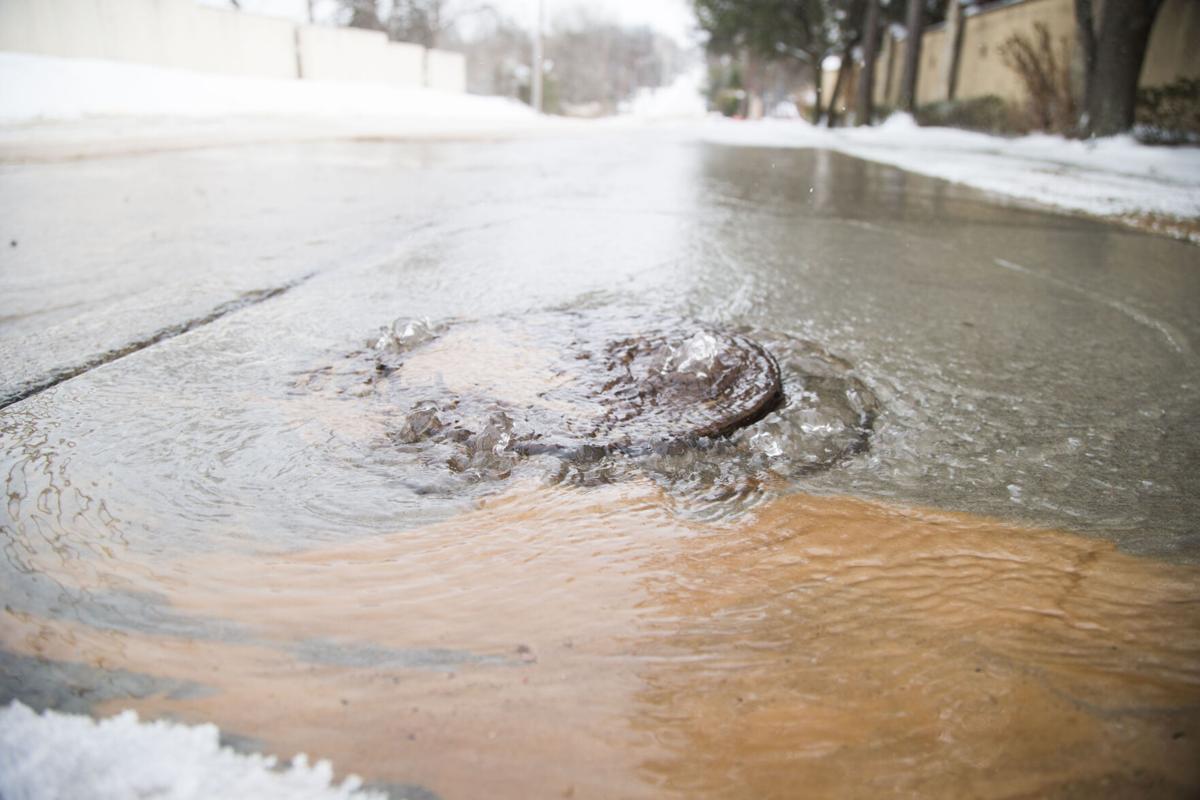 Water bubbles up from a broken water main on East 31st Street in Tulsa on Monday. As of Tuesday, the city had 132 water lines in need of repair. 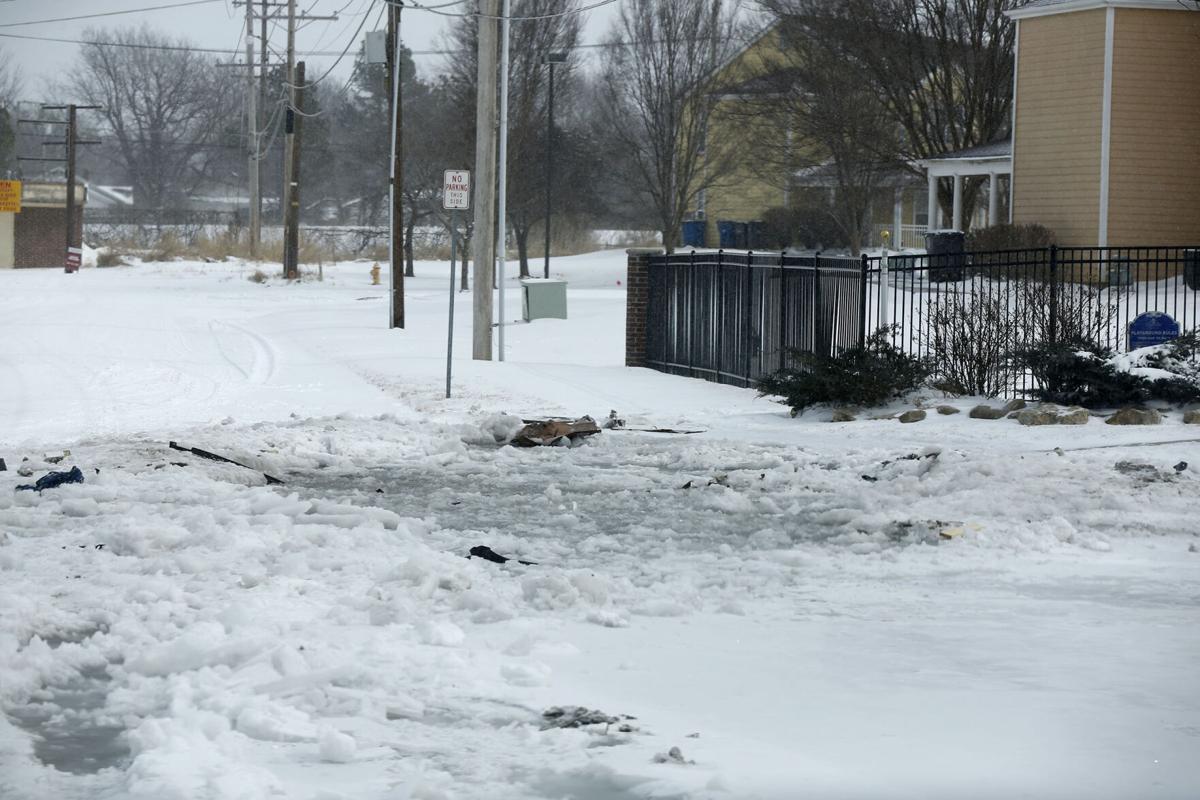 A water main break developed into an ice-filled sinkhole at Newton Street and Nogales Avenue on Monday.

Extreme cold is putting Tulsans' heating systems under stress, but one simple step can help

Update (8:30 a.m. Tuesday): With more than 80 breaks across Tulsa, 25 city crews are at work with six or seven more crews set to come in overnight, officials said in a news release.

"Due to the extremely cold temperatures, this is not unexpected. Please be patient as crews work their hardest in these to get to these breaks and get them fixed as quickly as they can," the release states.

As the city works around the clock to fix water lines that have broken in the extreme cold, it’s offering a simple piece of advice to residents fretting that their water line could go next: keep your faucets open.

“I’ve heard people — they don’t really want to do that. Their water bill is going to go up,” Josh Bilby, Water Distribution Division manager, said in a prerecorded city interview. “Trust me, that little bit that you’re going to pay on your water bill is a lot cheaper than having to get a plumber out to fix broken or burst pipes in your house.”

Bilby encouraged Tulsans to keep more than one tap flowing — not dripping — to run both hot and cold water and to keep cabinets under sinks open.

The city has hired a contractor to work with city crews to keep up with the rash of broken water lines. As of midday Monday, the city had a list of about 60 lines in need of repair.

The first is that many of the city’s water lines are made of cast iron, which is brittle, and become more so when freezing cold water runs through them. The second is that the ground contracts, or shifts, in extreme cold, causing pipes to move.

Bilby said the warmer weather expected over the weekend won’t necessarily solve the problem because water lines will shift again when the earth warms up.

“So we are preparing for this next weekend into next week for things to pick up,” he said.

The city had about 80 residents who lost water service Monday because of broken lines; most had their service restored by late afternoon, according to the city.

“If you have issues, call us,” Bilby said. “We are getting to those as quick as we can. … We can try to get water flowing. Sometimes we have had success doing that, but please, do not open your meter can and try to do anything.”

The city urges customers to be patient because of high caller volume.

Insulate outside walls and unheated areas of your home

Open cabinets under sinks to allow warm air in

If pipes may be frozen

If the water is frozen on the customer’s side of the meter can, call a plumber to thaw your service line

Get heat to lines with a hair dryer or space heater (safely!)

If a pipe bursts

If your home has an independent/private shut-off valve, shut off the water.

Gallery: Tulsa and surrounding communities get hit by icy weather

Water bubbles up from a broken water main on East 31st Street in Tulsa on Monday. As of Tuesday, the city had 132 water lines in need of repair.

A water main break developed into an ice-filled sinkhole at Newton Street and Nogales Avenue on Monday.