World Series: Can the Astros even the series? Follow updates and scores 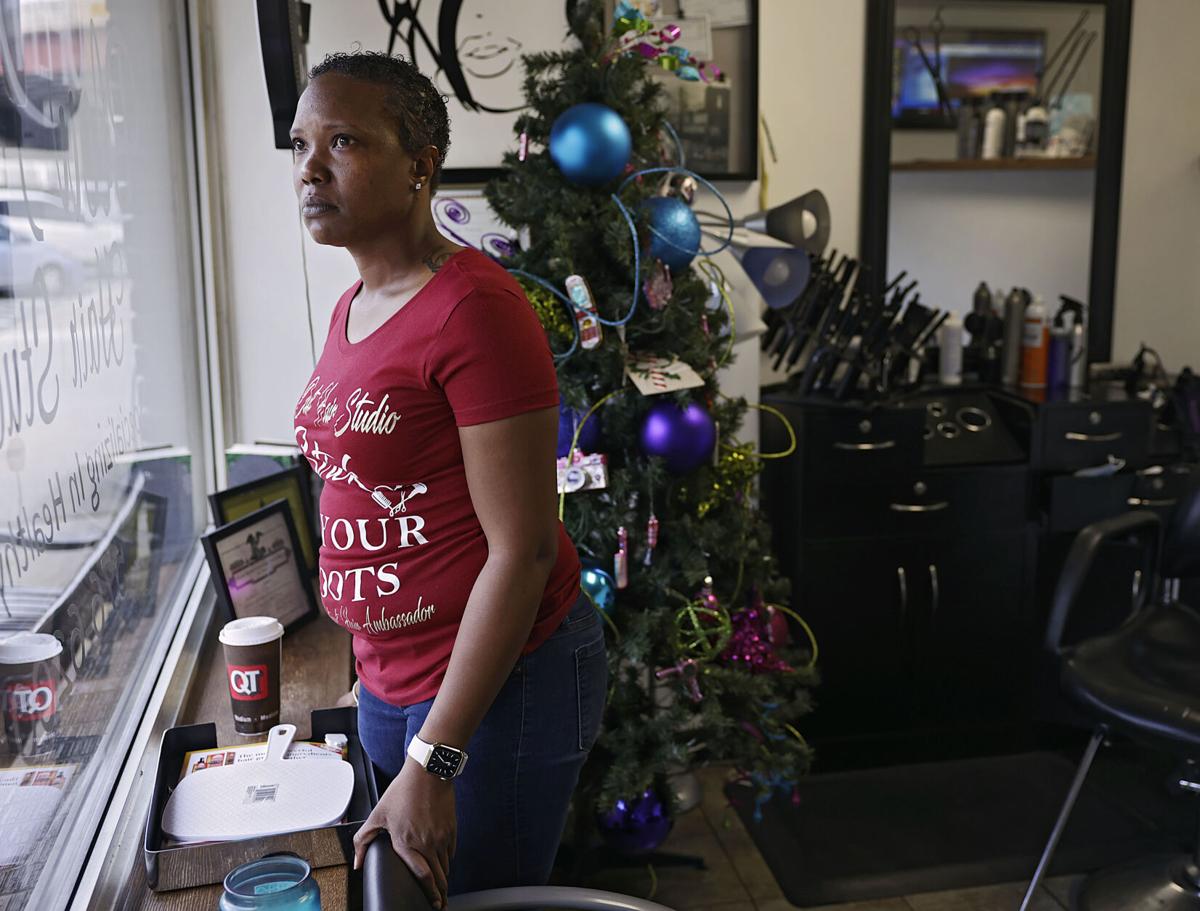 Tori Tyson, whose business, the Blow Out Hair Studio, is being evicted from its space on historic Greenwood Avenue, stands in her shop before a protest outside on Monday. 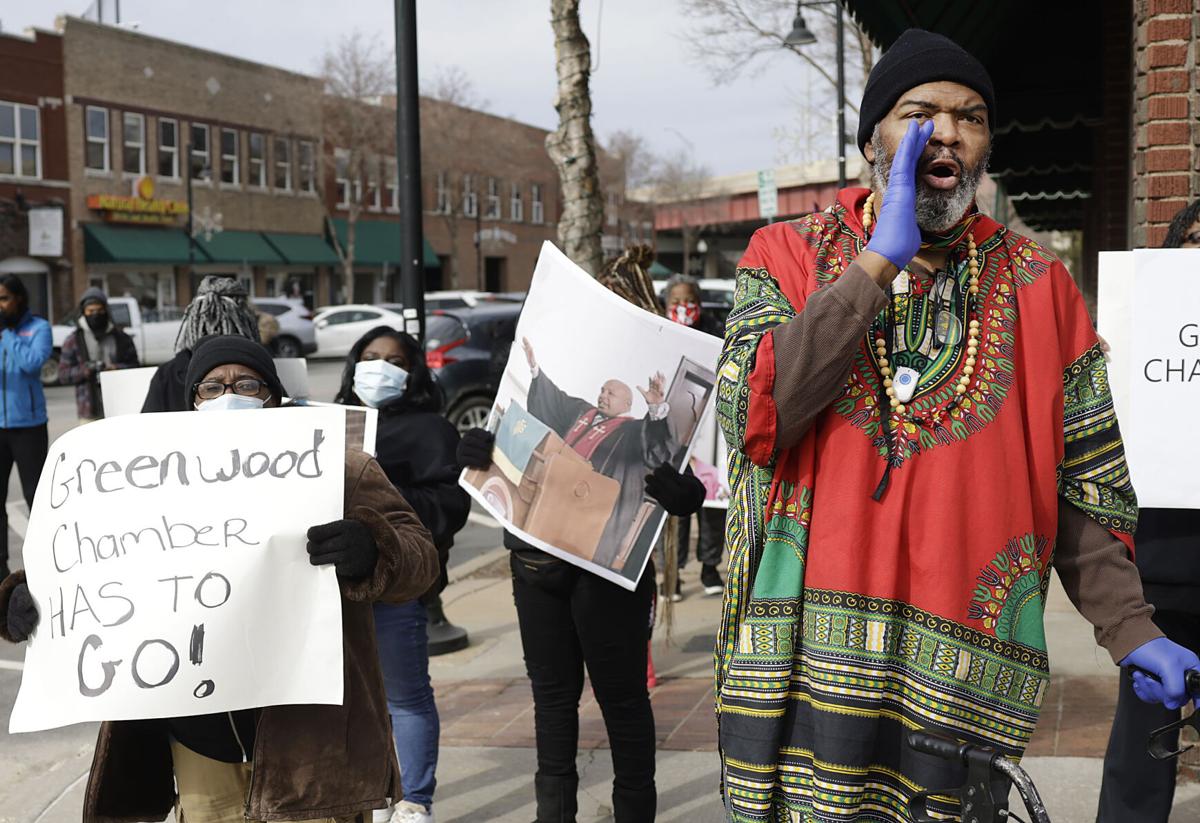 Keith Miller (right) and others protest the eviction of the Blow Out Hair Studio from a building in the 100 block of North Greenwood Avenue. 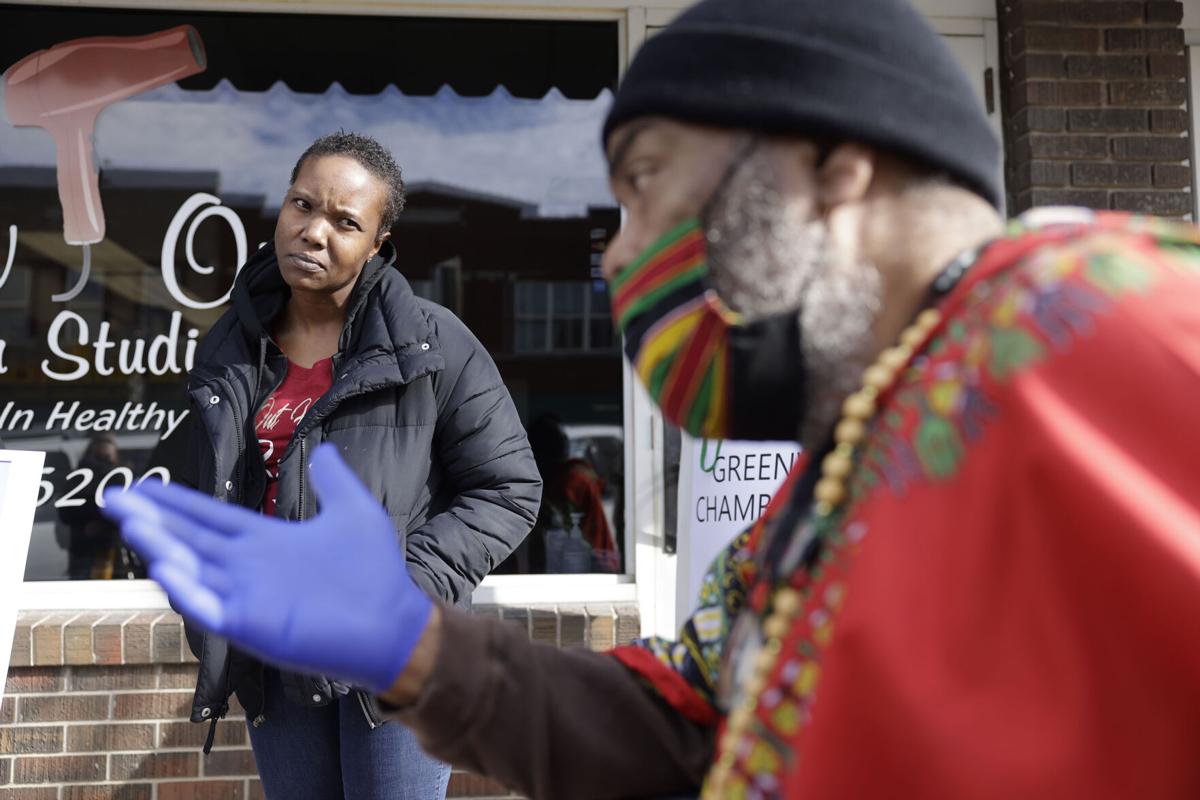 Tori Tyson, whose business the Blow Out Hair Studio is being evicted from its space in the 100 block of North Greenwood Avenue, listens as Keith Miller speaks during a protest in front of her business on Monday.

City Councilor Vanessa Hall-Harper questioned the management of several historic Greenwood Avenue buildings on Monday after a longtime tenant was ordered out by small-claims court.

Greenwood Centre Ltd., which acts as the management company for the buildings in the 100 block of North Greenwood Avenue, obtained an eviction order against Blowout Hair Studio and owner Tori Tyson on Dec. 22.

The order gives Tyson until Jan. 10 to vacate the property.

Tyson said she stopped paying full rent because she believed it had been raised unfairly, especially in light of what she says has been a continuing lack of maintenance to the nearly 100-year-old building.

In an email, Greenwood Centre management said Tyson was 11 months behind on rent and that “we can no longer go month to month without full rent payments.”

At a noon Monday press event in front of her salon at 109 N. Greenwood Ave., Tyson said her family has operated the business in the same location for 40 years. She said her rent has been raised three times by a total of nearly $1,000 a month over the past three years.

Greenwood Centre said in its statement that Tyson’s rent had been reduced 35% over the past year.

“This is all about accountability,” said Hall-Harper. “There have been people in this community, so-called leaders, who have failed to answer to the community.”

Kristi Williams, another frequent critic of the Greenwood Chamber of Commerce, said its current board “is not connected to the community. That has to change.”

The buildings tucked into the 100 block of North Greenwood Avenue between Archer Street and the Inner Dispersal Loop are the last vestiges of what was once known as Black Wall Street.

Originally built in the immediate aftermath of the 1921 Tulsa Race Massacre, in which the original Black Wall Street was destroyed, the buildings were extensively renovated and in a few cases replaced during the early 1980s.

At one time the business district stretched along Greenwood from Archer almost to Pine Street, but the neighborhood as a whole fell into decline in the 1960s and was demolished as part of urban renewal.

The remaining buildings have great symbolic meaning to many black Tulsans but have been the subject of quarrels and disagreements for years, with tenants complaining about leaking roofs, inadequate plumbing and electrical wiring, while the Greenwood Chamber says the rent it receives does not cover the cost of maintenance.

In recent years, Hall-Harper and others formed a rival group, the Black Wall Street Chamber of Commerce, and some community leaders have looked askance at the infringement on the old Greenwood neighborhood by non-African American investors and developers.

And many complain that the cost of operating in the Greenwood Centre discourages the small businesses it’s supposed to foster.

“We care about maintaining the history and spirit of Greenwood,” said Hall-Harper. “To harass and kick more black businesses out of Greenwood is not the way to do that.”

'This is unprecedented stuff': Tulsa County Election Board braces for day like none before

Watch Now: US Postal Service first-class mail is about to get slower

Watch Now: US Postal Service first-class mail is about to get slower

Gateway Bridge will be the only multi-arch steel bridge in the United States, officials say, with 11 120-foot arches each weighing 210,000 pounds: “So it’s a first — it’s a significant first.”

Tori Tyson, whose business, the Blow Out Hair Studio, is being evicted from its space on historic Greenwood Avenue, stands in her shop before a protest outside on Monday.

Keith Miller (right) and others protest the eviction of the Blow Out Hair Studio from a building in the 100 block of North Greenwood Avenue.

Tori Tyson, whose business the Blow Out Hair Studio is being evicted from its space in the 100 block of North Greenwood Avenue, listens as Keith Miller speaks during a protest in front of her business on Monday.