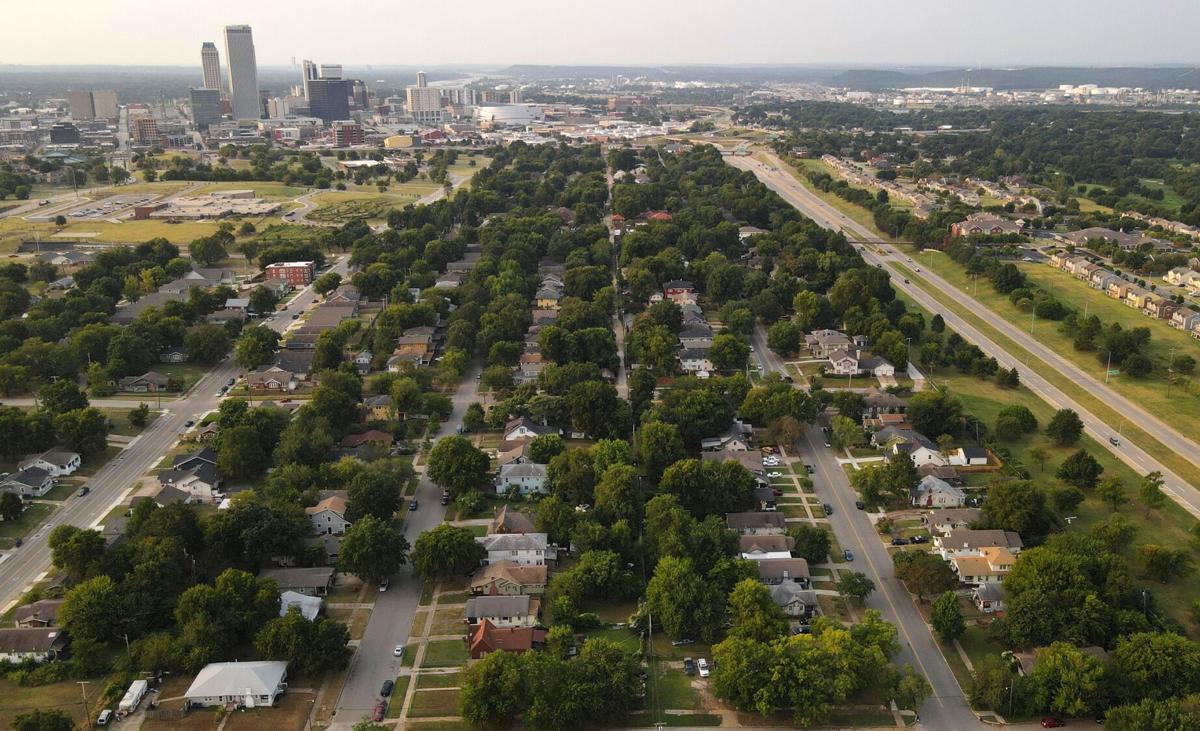 The Heights, formerly known as Brady Heights, is a tree-lined area of mostly renovated older homes just north of downtown Tulsa. The neighborhood’s residents weighed the historic area’s name with the controversial legacy of its namesake and voted recently to drop “Brady” from its name. 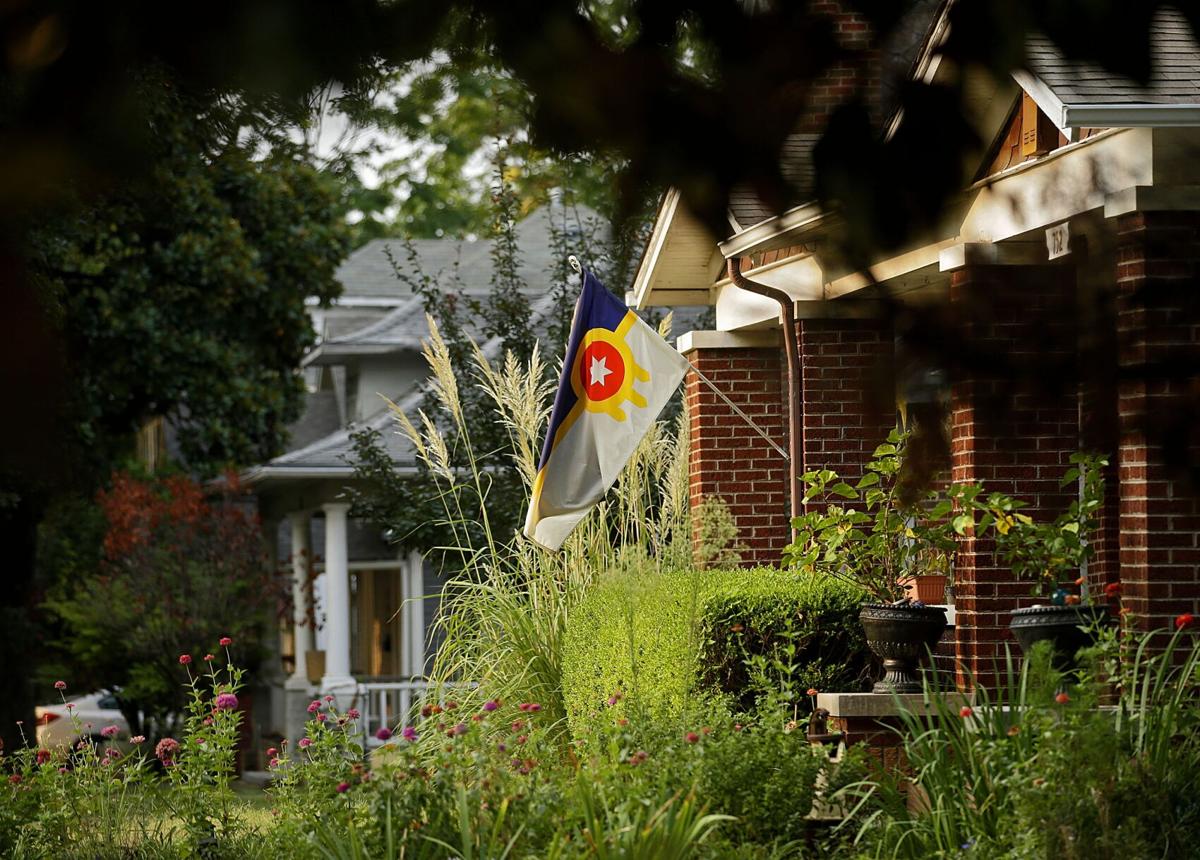 A Tulsa flag decorates a house and garden in what is now called just The Heights neighborhood. 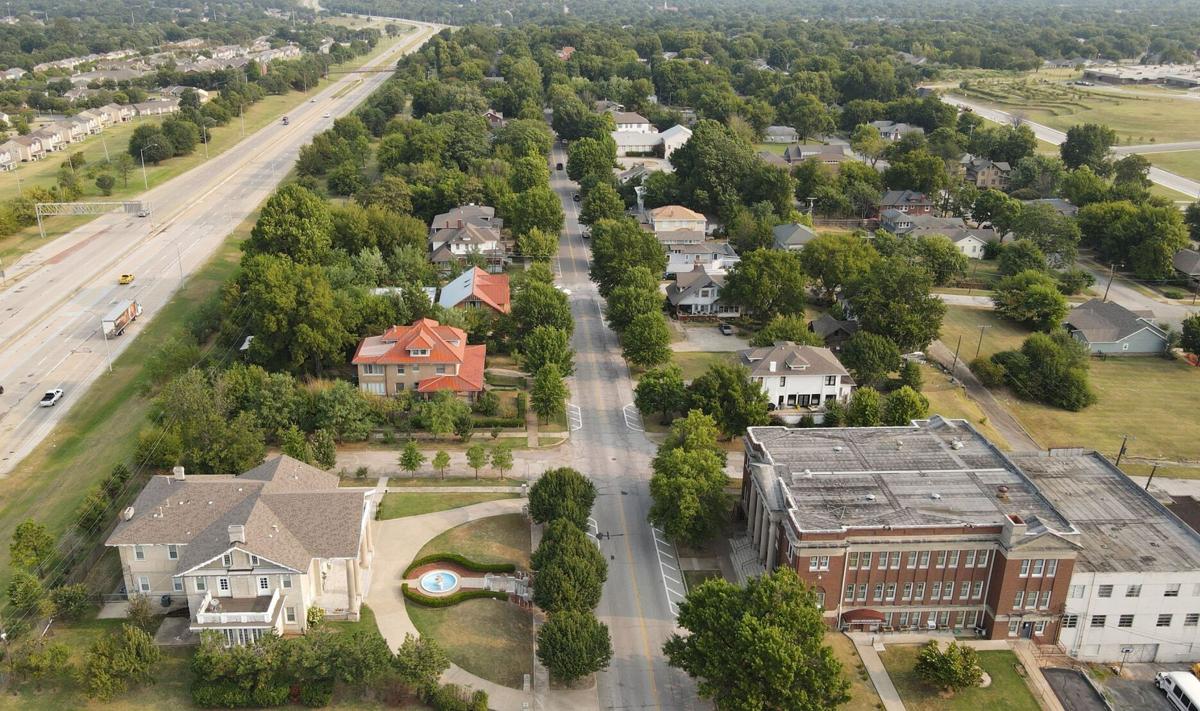 The Heights district is seen from above. The Skyline Mansion, formerly called the Brady Mansion, is at lower left.

Residents of the historic Brady Heights neighborhood voted by a wide margin to erase the name of one of Tulsa’s founding fathers and become known simply as “The Heights,” officials said Thursday.

Following the example of downtown’s Brady Arts District, which changed its name four years ago to become simply the Arts District, the nearby residential area decided to ditch any references to its old namesake, businessman W. Tate Brady. One of the signers of the original City Charter in 1898, Brady had later joined the Ku Klux Klan.

“Personally,” White said, “I’m glad for the name ‘The Heights.’ I think it communicates hope and aspiration — like, ‘We have new heights to climb together.’ It continues the rich history of this place and also looks to the future and new opportunities we have to be good neighbors to one another.”

Nearly a dozen signs will have to be removed or replaced throughout the neighborhood, with the city likely to begin the work next month, White said.

The neighborhood association had already changed its name in early 2019, dropping “Brady” to become known simply as the Heights Neighborhood Association.

The Arts District dropped Brady from its name in 2017. Most of Brady Street became Reconciliation Way in 2018, followed by the Brady Theater’s deciding to become known as the Tulsa Theater. Even the owners of Brady’s mansion, a majestic landmark at 620 N. Denver Ave., have changed its name to Skyline Mansion.

Immediately north of downtown, the neighborhood has revitalized along with downtown itself over the last couple of decades, with middle-class homeowners renovating many of the historic houses in the area and forming a tight-knit community.

When Deborah Perry-Chambers moved into what she described as a “major fixer-upper” in the neighborhood, other residents came over to volunteer their labor and help renovate the home.

The Heights, formerly known as Brady Heights, is a tree-lined area of mostly renovated older homes just north of downtown Tulsa. The neighborhood’s residents weighed the historic area’s name with the controversial legacy of its namesake and voted recently to drop “Brady” from its name.

A Tulsa flag decorates a house and garden in what is now called just The Heights neighborhood.

The Heights district is seen from above. The Skyline Mansion, formerly called the Brady Mansion, is at lower left.