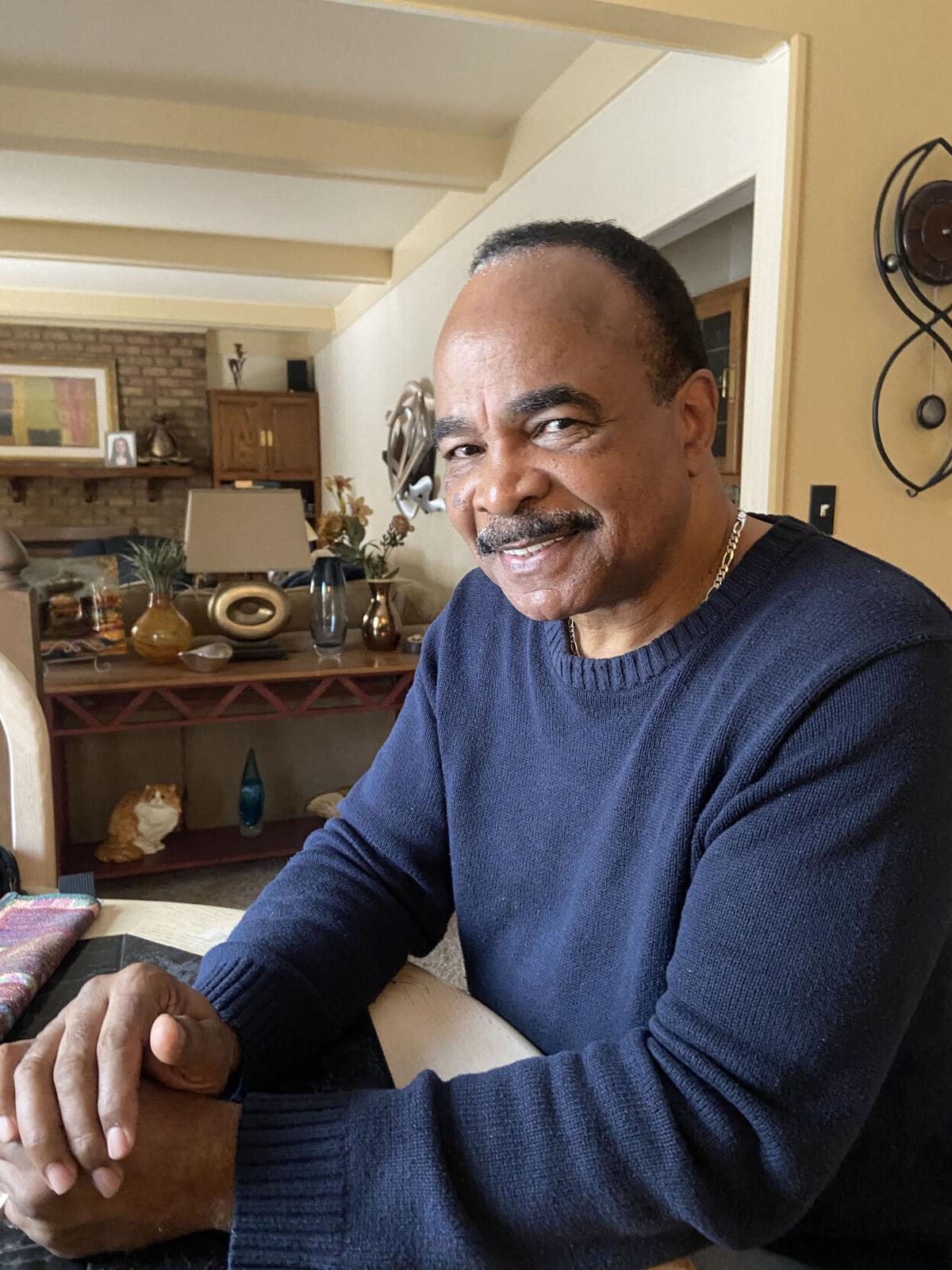 Author and broadcaster Jay Berry, a graduate of Booker T. Washington High School, recalls how a stellar high school football career and a promising start at the University of Wyoming came undone when he and fellow teammates at Wyoming sought to make a stand against racial discrimination. 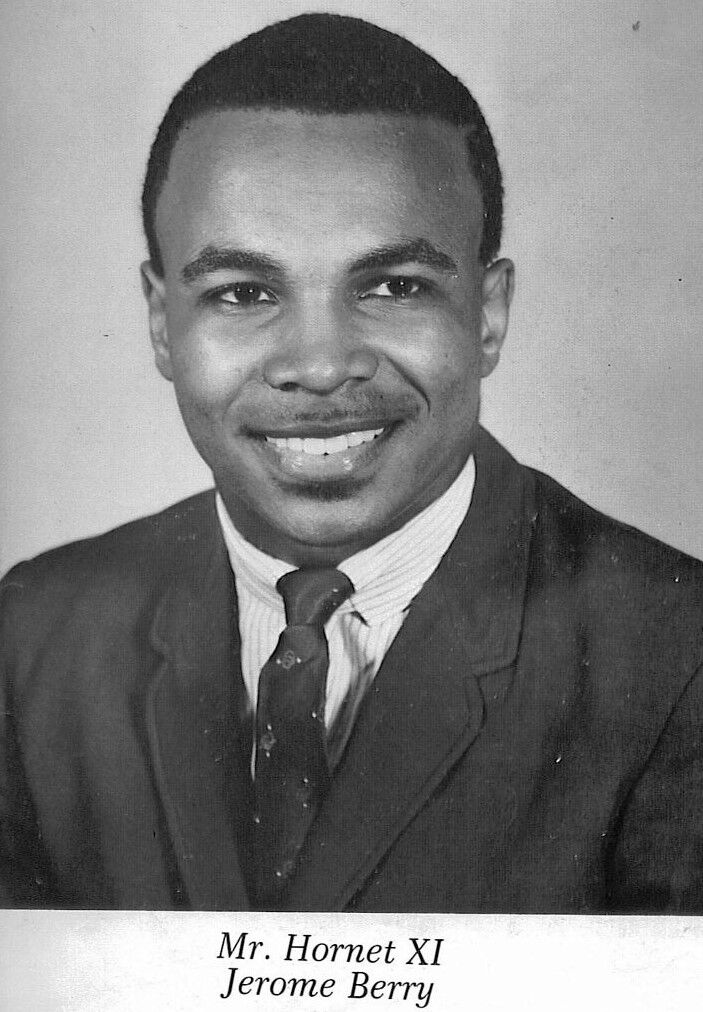 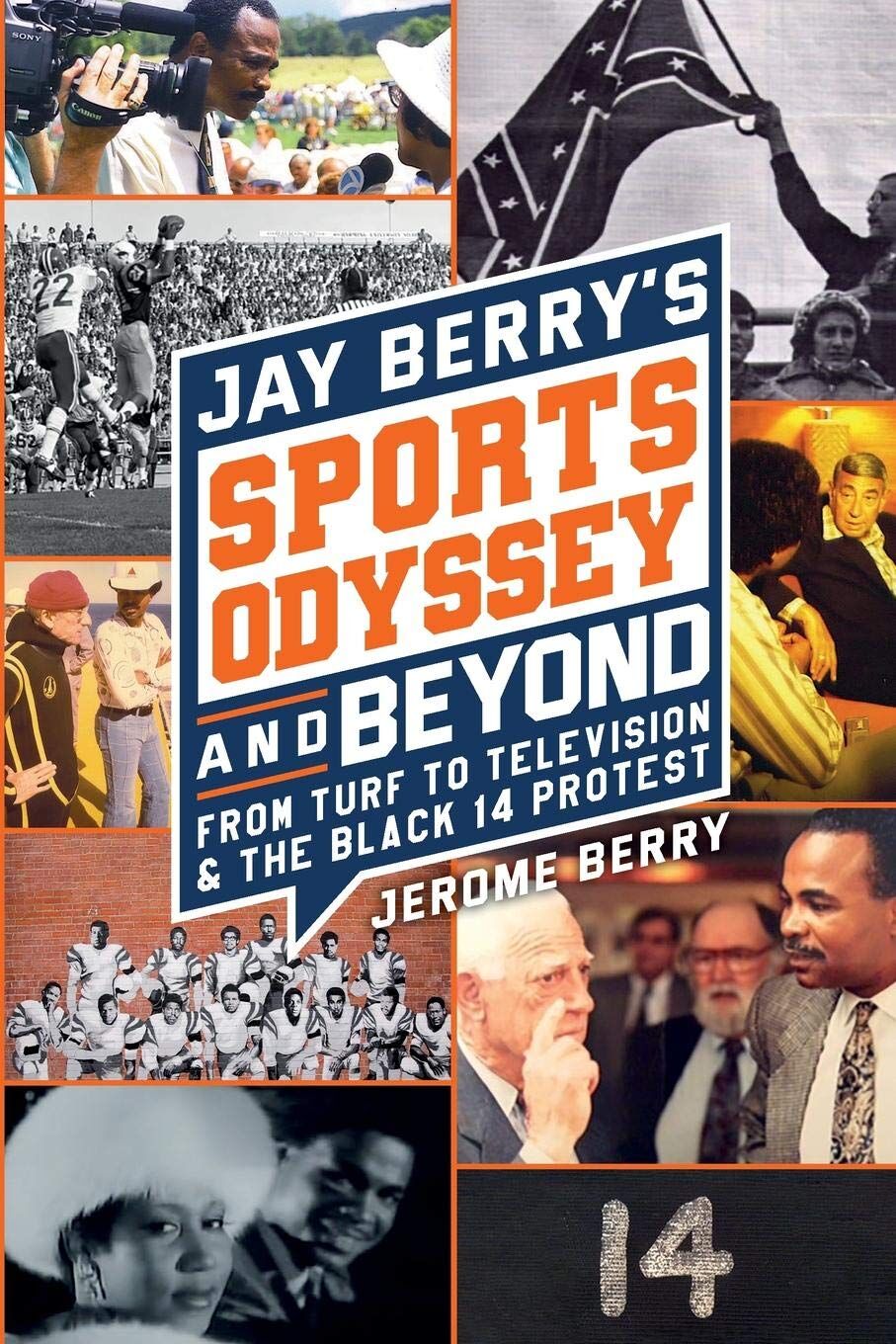 The cover of Jay Berry's autobiography, "Jay Berry's Sports Odyssey and Beyond," released in 2019.

If the quarterback noticed him as he released the pass, it was too late to do anything about it.

Jay Berry had timed it perfectly.

“I jumped and I caught the ball at its apex. And then I’m really just trying to put some speed on,” said Berry, describing the pass he intercepted and returned 88 yards for a touchdown against the University of Arizona.

The highlight of his first official game with the University of Wyoming in 1969, the best part, he added, was that it helped seal the victory over a rival.

“They were the only team that beat us the year before,” he said. “To come back and beat them — it was an incredible, incredible situation.”

As happy as that moment was for Berry, though, he’s never been able to replay it in his mind without feeling a twinge of sadness.

And that’s because of what happened just a few weeks later. Just four games after his impressive college debut, Berry’s football days would come to an abrupt end, any hopes of a big-time professional career dashed.

“We didn’t have a clue anything like that could happen,” said Berry, who along with several other Black players was dismissed from the Wyoming team for wanting to wear armbands to protest racial discrimination.

The experience, he added, left him confused and embarrassed at the time.

But looking back all these years later, Berry sees the matter much more clearly.

“Some things,” he said, “are just bigger than football.”

He reflected on his life in an autobiography released in 2019.

Tulsa’s African American high school during the era of segregation, BTW was still predominantly Black when Berry was there in the 1960s.

Berry, speaking recently to the Tulsa World, recalled the thrill of being part of building BTW’s football dynasty.

His senior season in 1967, in fact, resulted in the first of what would be five state titles for the Hornets over the next nine years.

Berry said he still feels a debt of gratitude to the institution and its feeder schools. The teachers and coaches instilled in students a desire for achievement, believing that for African Americans to better themselves, education was key.

Football and other sports, he added, were seen as “a stepping stone” to achieving other goals.

But football was more than that, at least to the players. It was an opportunity to make a statement.

While racial injustice was a fact of life off the field, “we realized they can’t call back touchdowns,” Berry said.

Among the teams the Hornets soundly defeated were some from mostly white schools.

For that 1967 title team that went 11-0, Berry helped anchor a defense that recorded eight shutouts.

Berry had every reason to feel good about the future from there. He accepted a scholarship offer from the University of Wyoming, at the time a football powerhouse.

But midway through his second season at Wyoming, everything changed.

Heading into a game against Brigham Young University, some of the Black players recalled how the previous year at BYU they’d been subjected to racial slurs by players.

In response, they proposed wearing black armbands during the game as a way of protesting their treatment, as well as some of the Mormon school’s race-related policies.

So they sought out Wyoming head coach Lloyd Eaton to discuss the plan.

“We didn’t make any demands,” Berry said. “We just wanted to show him the bands and what we wanted to do.”

They were shocked, he said, by Eaton’s response.

Cutting them off before they could make their case, he proceeded to berate them. They should be grateful to be there, he said, and added if not for him, they’d all be playing for small Black schools.

Then he told them they were done. They were off the team.

The decision made national news. At the time, Wyoming was undefeated and rising in the rankings.

“It blew up. It was everywhere,” Berry said. “And it was framed in the media as ‘Blacks v. Mormons.’ Which it never was.”

Branded the “Wyoming 14” or “Black 14,” Berry and the others were widely criticized. They even received threats to their safety, he said.

After all this, Berry was dreading his return to Tulsa.

“I was embarrassed,” he said. “Because of the way I was built at Booker T., with the focus on achievement, I was afraid to go home.

“I was afraid people were going to be like ‘What the heck were you doing?’”

But the reaction in Tulsa to the controversy, Berry added, couldn’t have been more supportive.

“Everyone saw it as ‘standing up,’” he said.

Even now, Berry’s not quite comfortable with that interpretation.

“Standing up for what? We didn’t get a chance to say anything.”

For what it’s worth, Wyoming’s team didn’t fare well afterward. They lost four out of their final six games that season, then went 1-9 the next year. Eaton was replaced as head coach.

Back in Tulsa, though, Berry was moving on by then. Although he received a tryout offer from the Dallas Cowboys, he chose instead to pursue a television career.

He would never regret it.

From there, his career as a sports reporter and anchor would take off, taking him to Houston, Chicago and eventually Detroit.

The job allowed him to stay close to sports, and he enjoyed the opportunity to interview countless sports legends.

Berry found himself making history, as well. At his various TV stops, he was often his station’s only black reporter, and in some cases its first.

Berry still thinks about his experience at Wyoming. And the parallels with more recent athlete protests are not lost on him.

People can disagree about the proper manner or setting for protesting, he said. But regardless “you ought to be able to talk about it — sit down and have some dialogue. Without having to pay the price that we had to pay.”

“As I’ve told people, if you’re going to speak out or protest, come with a plan,” Berry added. “If there’s a price to be paid, don’t be afraid of that. Be ready for that.

The Wyoming players didn’t have a plan, he said. “We never thought what happened could happen.”

In 2019, 50 years after the event, the university invited the Wyoming 14 back for a public apology.

Berry opted not to participate. Maybe he would have if they’d made a personal appeal.

“But no one talked to me. I wasn’t part of the conversation.”

Moreover, “sorry didn’t really cut it,” he added. “It didn’t acknowledge really how it affected me. I could’ve been drafted (professionally) had I continued on. We were blackballed after that. A lot was taken away.”

Dwelling on what might’ve been, though, hasn’t been Berry’s way.

He’s enjoyed a life and career beyond anything he could’ve imagined, he said.

“God took me and kept me on the right path, a path in which I excelled,” Berry said.

“That’s the only way I can explain how things have worked out for me.”

Tulsa native Jay Berry tells his story in his 2019 autobiography "Jay Berry’s Sports Odyssey and Beyond."

It's available on Amazon or through his website at jayberrysports.com.

The commission met into the night Monday as pressure mounted to expel some of its most prominent members, including Gov. Kevin Stitt, while it dealt with potentially crippling legislation, the completion of the Greenwood Rising History Center, and an announcement by the New Black Panther Party and affiliated organizations that 1,000 armed black men will march in Tulsa on the weekend of the observance.

Organizers of a National Black Power conference convening in Tulsa just ahead of the Race Massacre Centennial say they're hoping to build relationships with local Black community leaders and support them in any way possible.

Author and broadcaster Jay Berry, a graduate of Booker T. Washington High School, recalls how a stellar high school football career and a promising start at the University of Wyoming came undone when he and fellow teammates at Wyoming sought to make a stand against racial discrimination.

The cover of Jay Berry's autobiography, "Jay Berry's Sports Odyssey and Beyond," released in 2019.