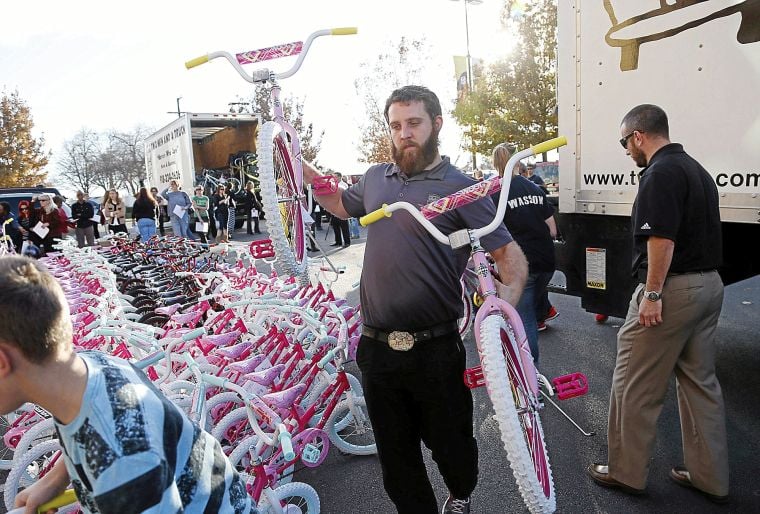 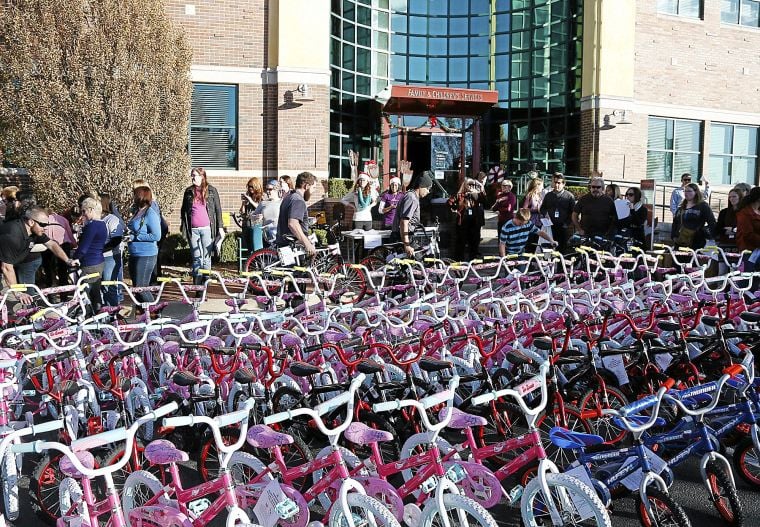 Bicycles are lined up at a Bikes for Tykes event. STEPHEN PINGRY / Tulsa World 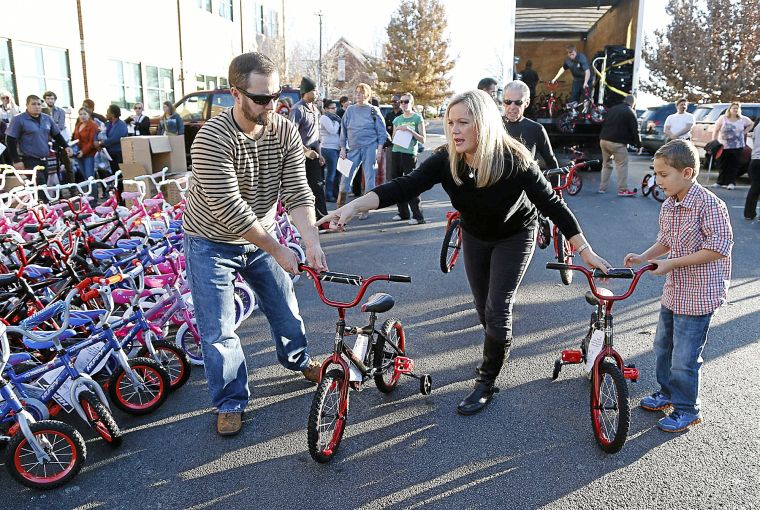 When she was 8, Christina Treat went to an empty parking lot to learn how to ride a hand-me-down bicycle from her older sister.

"It was the first time that I felt a sense of freedom and accomplishment," Treat said. "I had learned to do something on my own."

On Monday afternoon, she was in a parking lot again, this one crowded with three moving vans unloading more than 200 bicycles at Family and Children's Services east of downtown.

Caseworkers will deliver the bikes to needy families across the city in time for Christmas.

"Every kid deserves to have that rite of passage," Treat said. "A bicycle can be a life-changing experience  the first time you have responsibility and freedom."

The idea came from Seattle, where Jason Whorton took part in a "bike build" while he was on a business trip.

Whorton and Chavez later asked Treat to help with publicity and fundraising, growing the project exponentially in the last few years.

They've given more than 1,000 bicycles to various social service agencies around Tulsa this year, with Two Men and a Truck donating delivery services.

Another batch of 200 bicycles will go to Youth at Heart this week.

"It means the world to a kid," said Leslie Arnold, who will hide two bicycles at her mother's house until Christmas Eve.

Then, her 7-year-old and 5-year-old sons will find them as gifts from Santa.

They got their first bicycles last year from Bikes for Tykes.

"But they wore them out," Arnold said. "And they wore me out. I was probably jogging three miles a day with them for a while. They want to be on the bikes all the time."

Find more information about Bikes for Tykes or donate to the organization.

Bicycles are lined up at a Bikes for Tykes event. STEPHEN PINGRY / Tulsa World