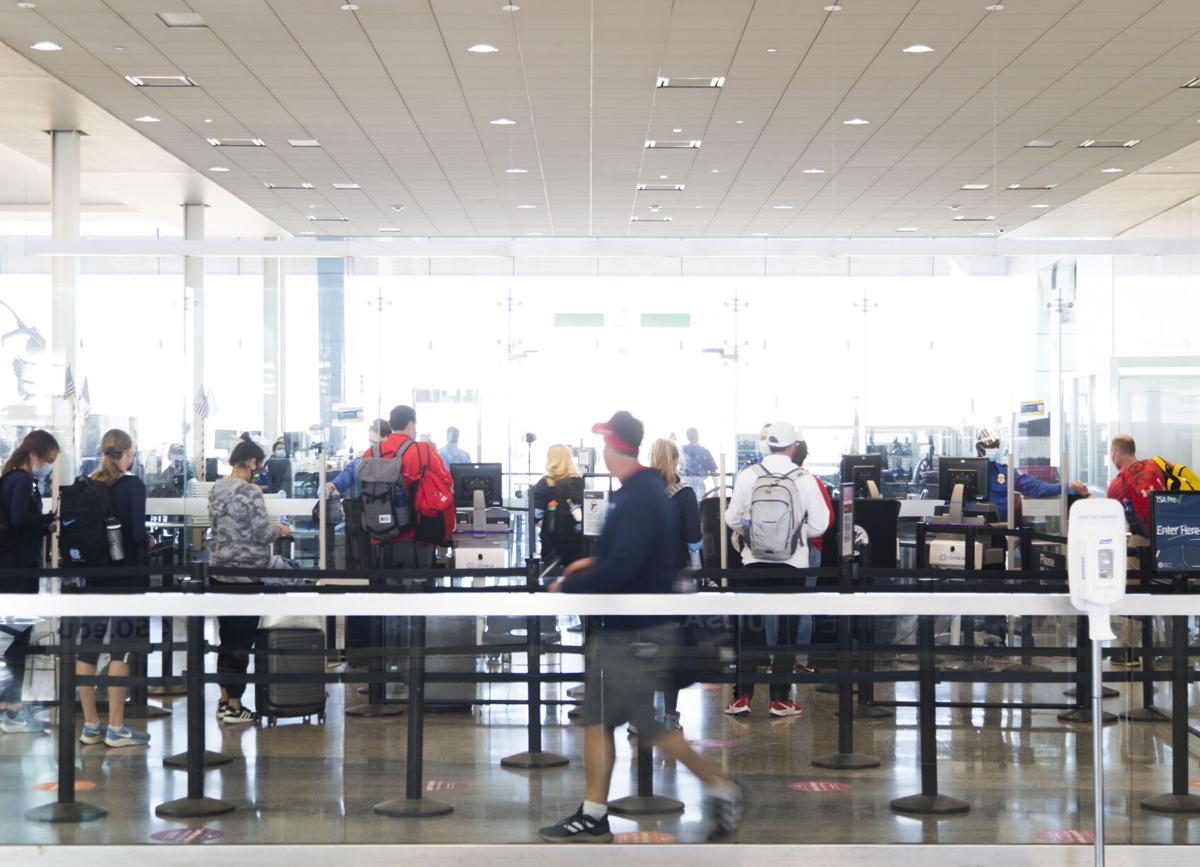 Travelers head to their gates on Monday at Tulsa International Airport. The number of people flying in the U.S. has eclipsed the year-ago level for the first time in the pandemic period, although travel remains deeply depressed from 2019. 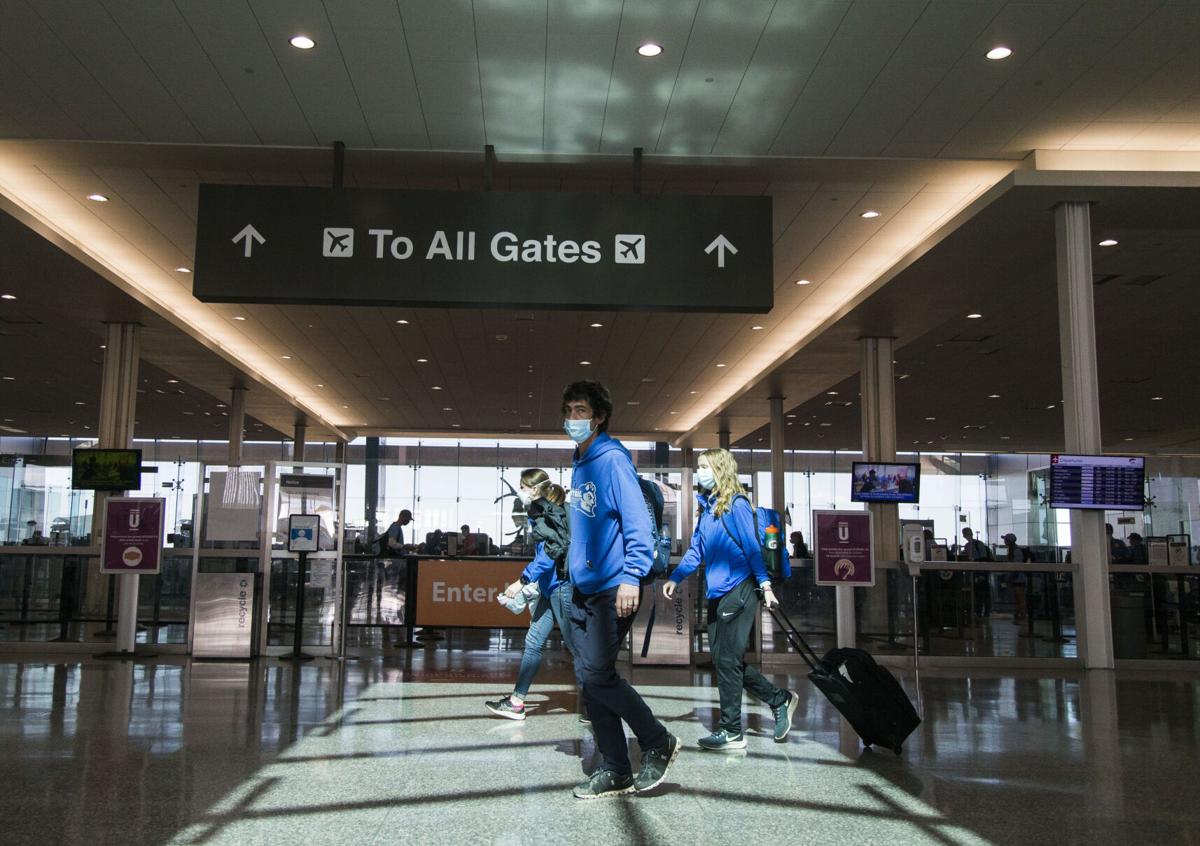 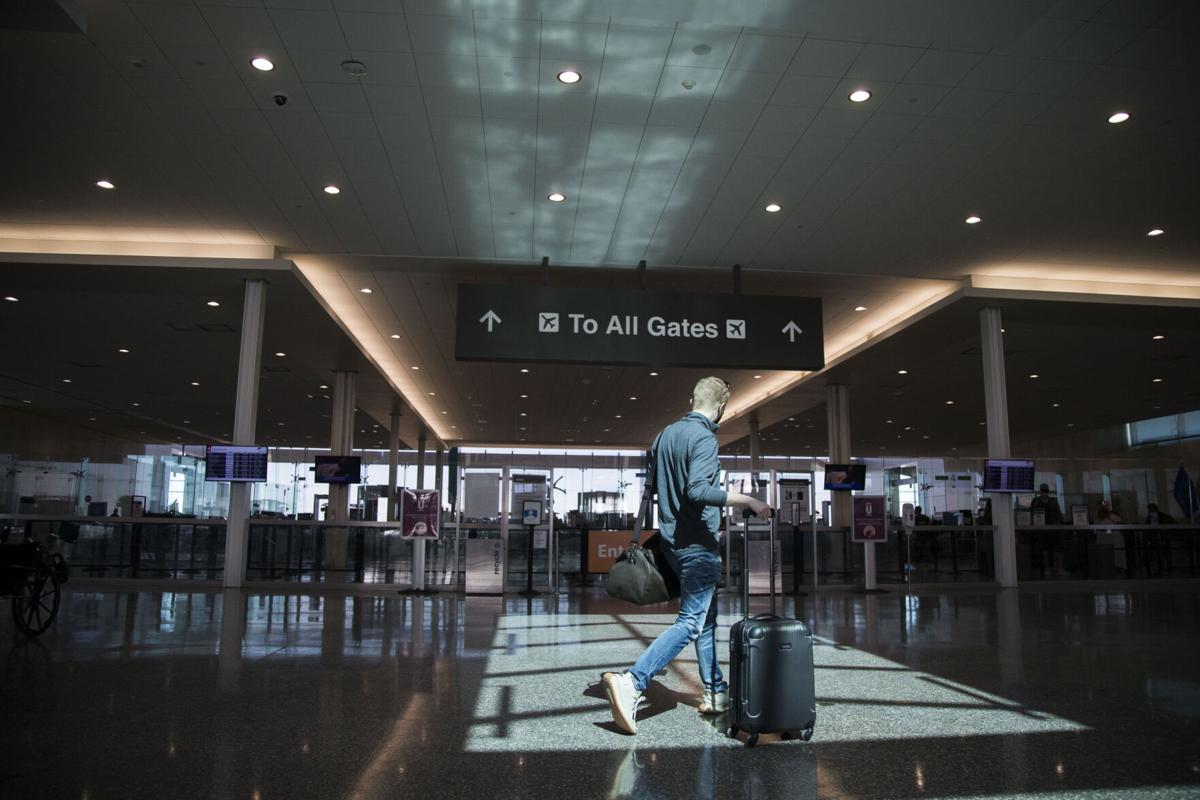 Travelers head to gates on Monday at Tulsa International Airport.

From Staff and Wire Reports

With coronavirus vaccinations increasing in the United States, airline travel is on the rise.

“… We have seen a definite pick up in traffic here in March 2021,” Tulsa International Airport spokesman Andrew Pierini wrote in an email. “The first floor of the parking garage (Monday) morning was almost completely full for the first time in over a year with all of the Spring Break travelers — the TSA (Transportation Security Administration) checkpoint is crowded.”

On Friday, 4,238 passengers filed through TSA checkpoints at Tulsa International Airport, marking the first time the airport has surpassed the 4,000 mark since the pandemic began.

In Tulsa, passenger traffic remains down 34% year-over-year in March. Soon after the coronavirus started, that number was roughly 95%.

The number of people flying in the United States has eclipsed the year-ago level for the first time in the pandemic period, although travel remains deeply depressed from 2019.

The TSA said 1.34 million people passed through U.S. airport checkpoints on Sunday, topping the 1.26 million people that TSA screened on the comparable Sunday a year ago.

It marked the fourth straight day that TSA saw more than 1 million people pass through its checkpoints. That has not happened since March 2020, when travel was collapsing as the number of COVID-19 cases in the U.S. grew rapidly and governments enacted more travel restrictions to curb the spread of the virus.

Sunday’s screenings, however, were still 45% lower than on the comparable day in 2019, and screenings in March are running 53% lower than the same period two years ago.

Several airlines report that after dismal sales in January and February, more people have bought tickets to travel in spring or summer as infection rates decline and more people get vaccinated against COVID-19.

“Our last three weeks have been the best three weeks since the pandemic hit, and each week has been better than the one prior,” American Airlines CEO Doug Parker said Monday.

A factor appears to be traveler confidence now that more people are getting vaccinated against COVID-19. About 70 million Americans, or 21%, have received at least one dose, and 37 million have completed their vaccination, according to the Centers for Disease Control and Prevention.

Since the pandemic hit, air travel has picked up a few times — mostly around holidays — only to drop back down. This time, the recovery “seems like it’s real,” Bastian said on a J.P. Morgan investor conference.

A passerby discovered the body and notified authorities in Mayes County. GRDA police recovered the remains of an unidentified female from below the east spillway gates near Disney.

Travelers head to their gates on Monday at Tulsa International Airport. The number of people flying in the U.S. has eclipsed the year-ago level for the first time in the pandemic period, although travel remains deeply depressed from 2019.

Travelers head to gates on Monday at Tulsa International Airport.