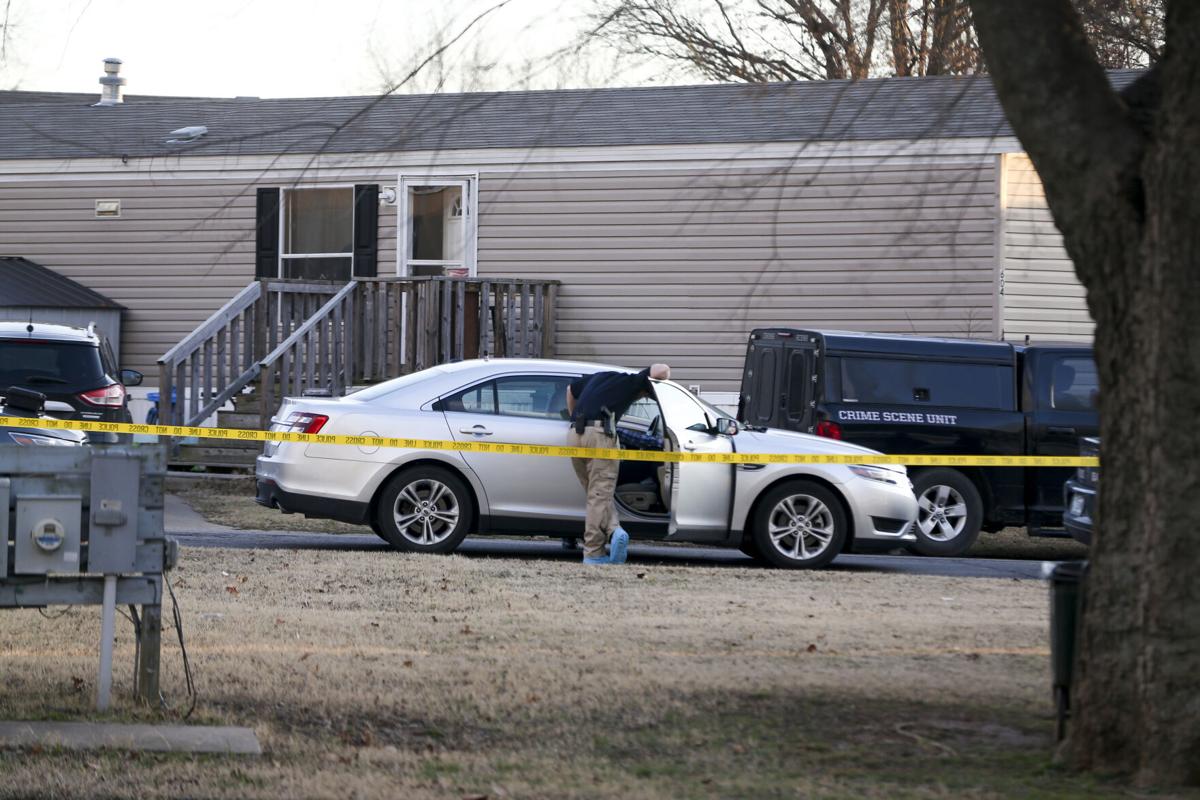 Sand Springs police investigate on Saturday at the scene of a triple murder-suicide in the Sunburst Estates Mobile Home Park in the 600 block of West Sunset Lane. 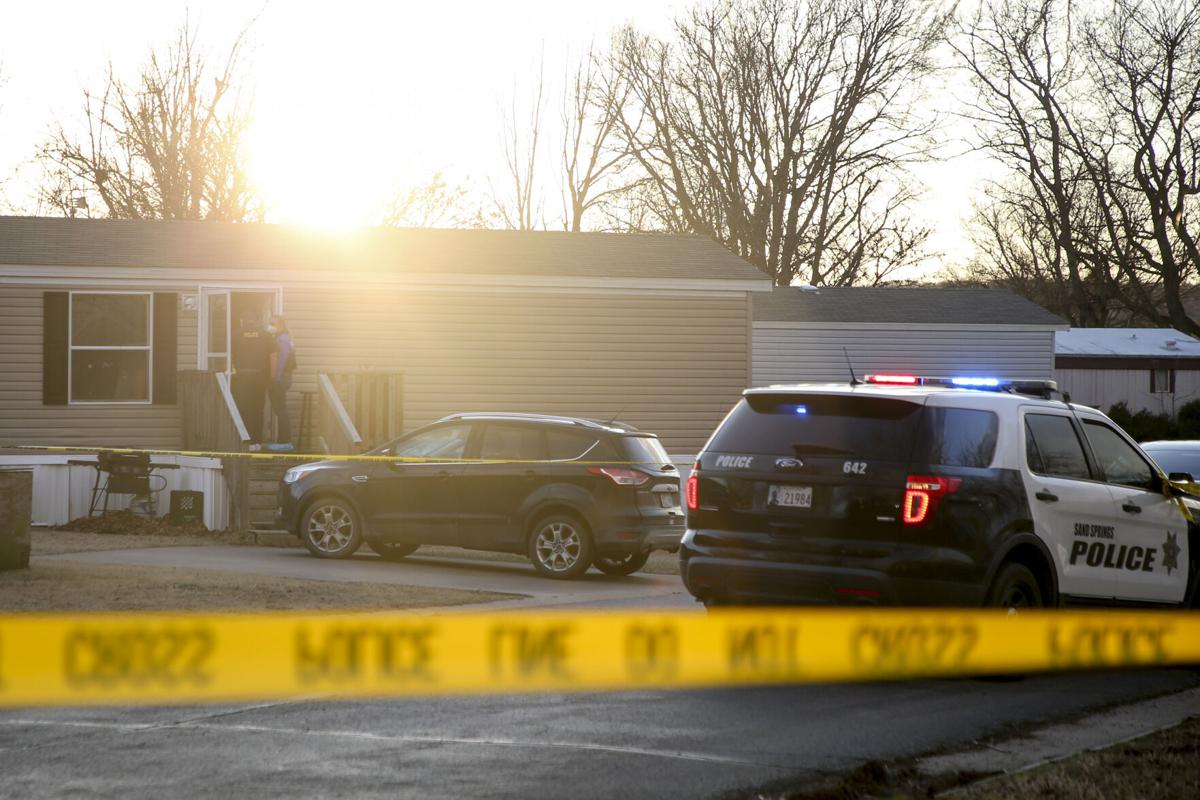 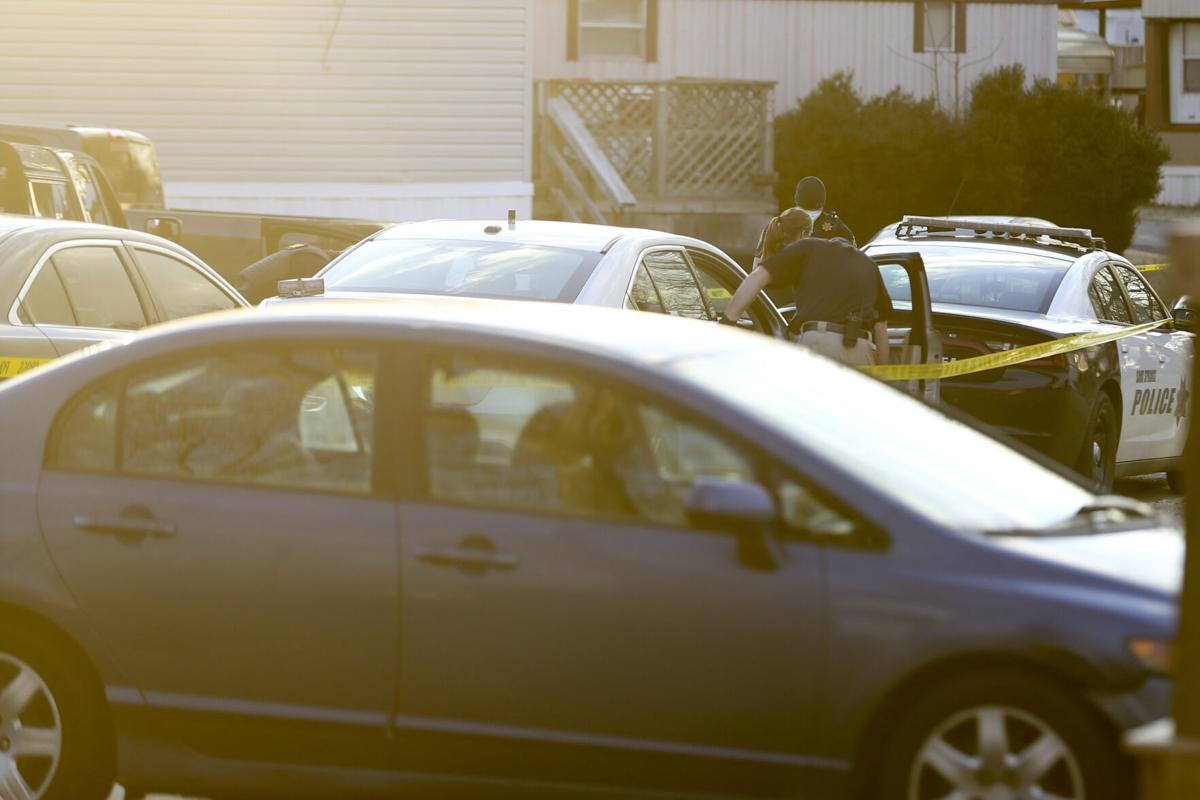 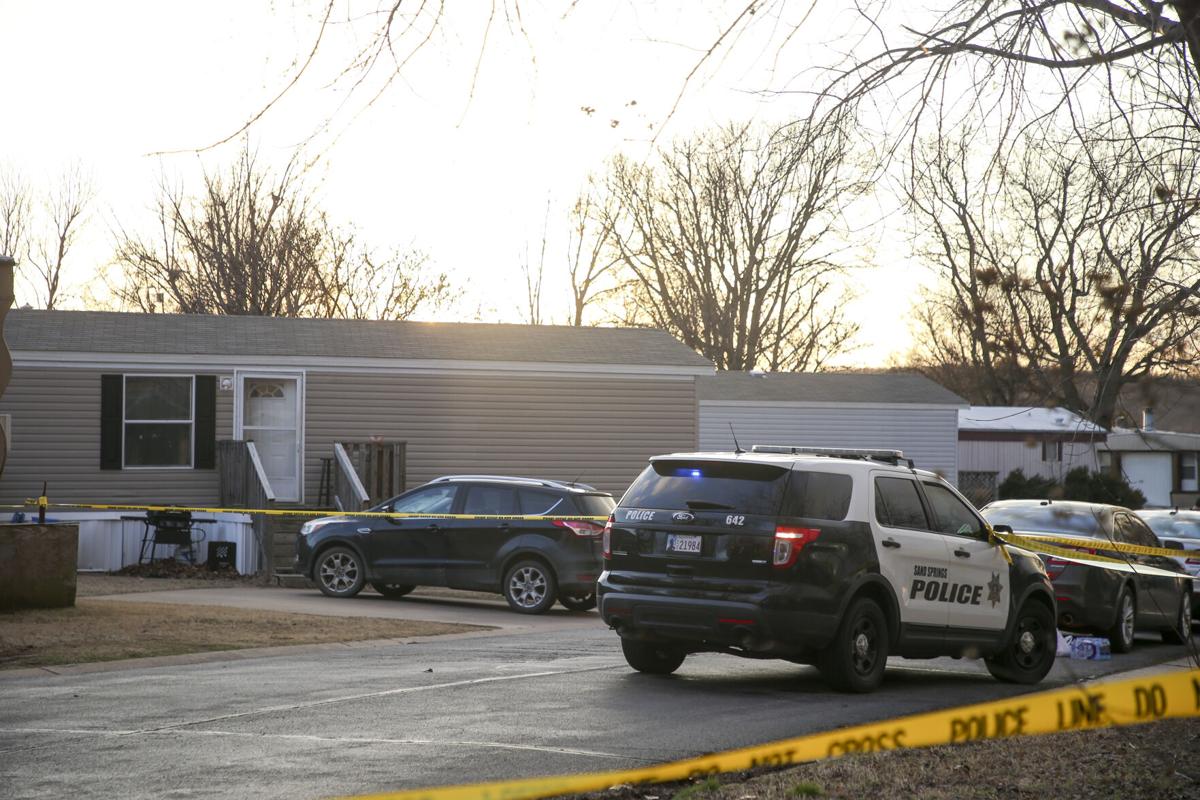 Editor's note: This story was updated after press time with the ages of the family members. Police said detectives with the Sand Springs Police Department and the Oklahoma State Bureau of Investigation, along with the Medical Examiner's Office, have completed their initial crime scene investigation.

SAND SPRINGS — Four people — a couple and their two young children — were found dead in a residence Saturday afternoon in what police initially believe to be a triple murder-suicide.

Police Capt. Todd Enzbrenner said the mother of an adult male victim arrived at the residence in the Sunburst Mobile Home Park in the 600 block of West Sunset Lane about 2:30 p.m. and found her son, her grandchildren and the children’s mother dead.

She had been expecting to babysit the children but had been unable to reach anyone on the phone to confirm the plan, he said.

Enzbrenner said police were not yet ready to release the cause of death, but he said “it was obvious they were deceased” to medical personnel who arrived at the scene.

The victims’ names were not released pending notification of other relatives, but the Sand Springs Police Department released their ages late Saturday. The woman was 41; the man was 31; and the children were 4- and 2-year-old girls, the department said.

Enzbrenner said he did not know if a weapon was found in the residence.

He said the victims’ bodies were not found in one room but were “all over the house.”

Enzbrenner said witnesses told police that they had heard a commotion at the victims’ home between 10:30 a.m. and 12:30 p.m. Saturday, which he described as loud banging, “like furniture being thrown around.”

Investigators obtained a search warrant and continued working the scene Saturday evening, as well as interviewing neighbors and relatives of the deceased.

Enzbrenner said police don’t believe that there is any threat to the public and that they are not looking for any suspects.

“This is quite a tragedy for the community,” he said.

Enzbrenner, who said he has been on the police force for 30 years, said he doesn’t recall ever having a quadruple homicide in Sand Springs.

He added, however, that a murder occurred at the same mobile home park about 16 years ago.

In that case, Sylvia Bettis was found decapitated in her bed on Nov. 4, 2004, news reports from the time state.

Her husband, the Rev. Robert E. Bettis, 70, was missing for eight days before his body surfaced in Shell Creek Lake, reports show. His car was found on the dam, news reports indicate.

Police believe that Bettis killed his wife, then drove to the lake and jumped off the dam.

Robert Bettis had been the minister at Victory Assembly of God in Sand Springs for about seven years before he retired the previous March, Tulsa World archives indicate.

Its growth and financial strength are said to be because of its members, referred to as "partners." The church also this year made donations to Race Massacre survivors and other north Tulsa community causes.

Gathering Place has filed a civil lawsuit against a Shawnee-based coffee shop claiming it "wrongfully" promoted and used the park's trademarked name as part of its business practices.

More than 300 providers have been approved to offer COVID vaccines in Tulsa County, and Oklahoma officials expect no shortages of the vaccine for booster doses. A pop-up clinic will be offered at Tulsa State Fair.

Sand Springs police investigate on Saturday at the scene of a triple murder-suicide in the Sunburst Estates Mobile Home Park in the 600 block of West Sunset Lane.