2020 storm season: Be prepared following record year in 2019
Share this
Return to homepage × 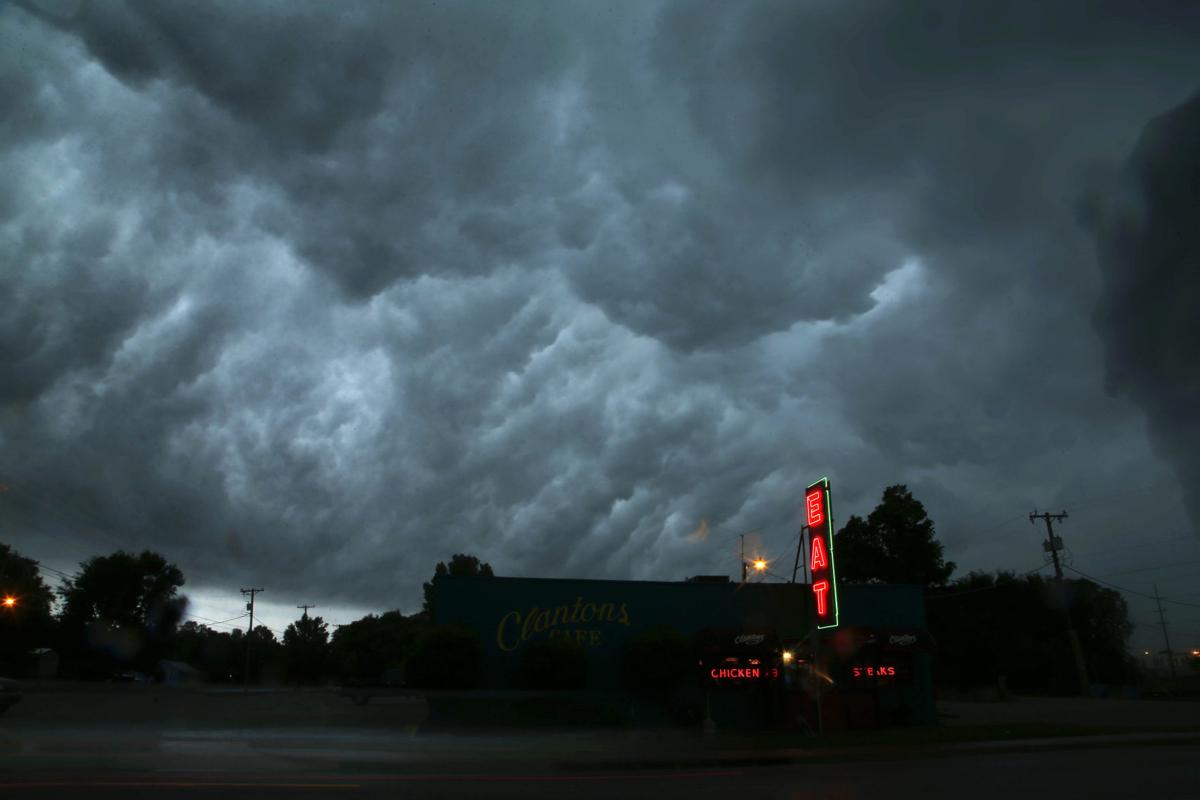 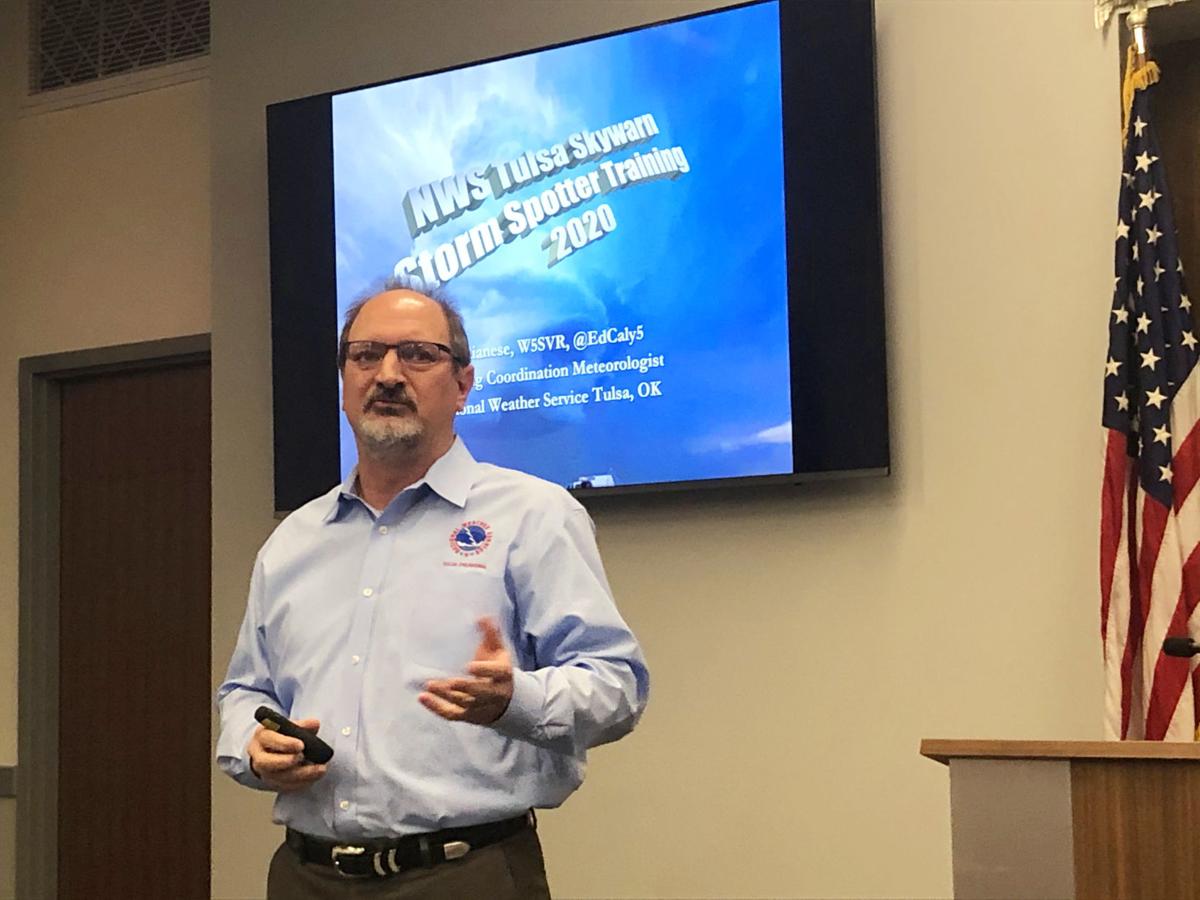 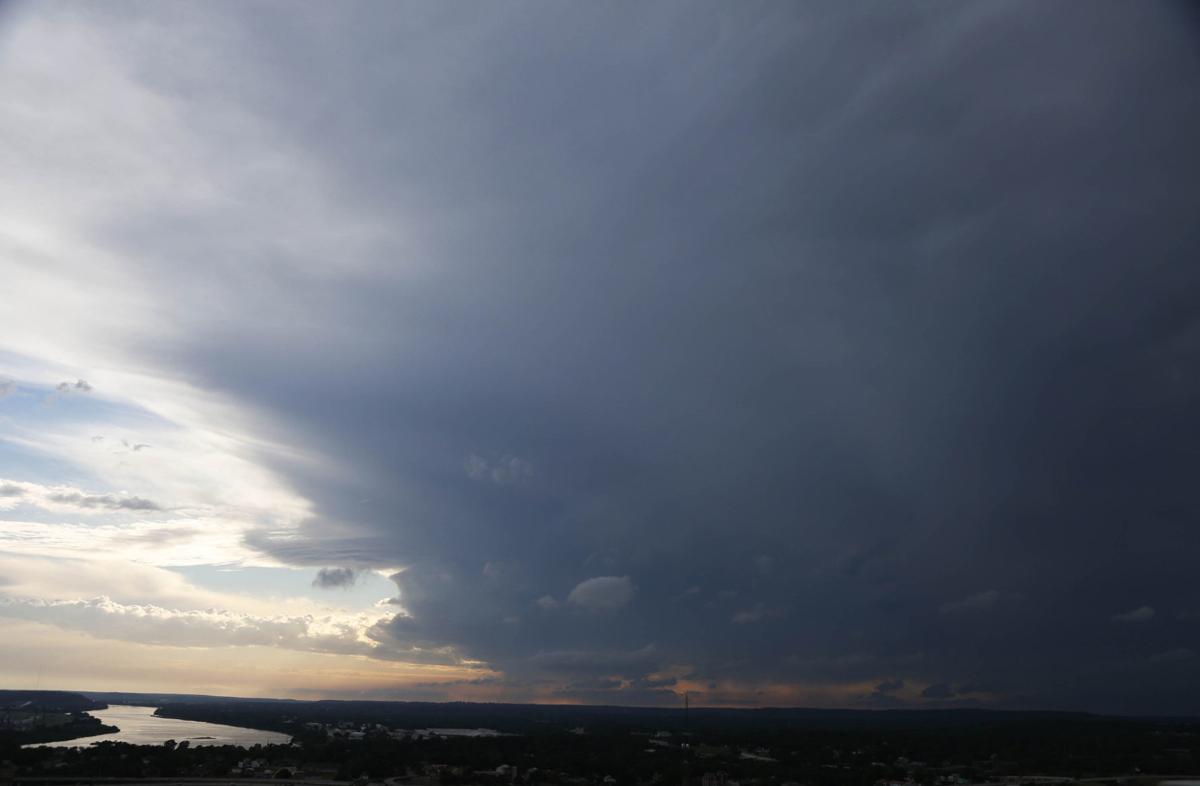 Storm clouds and the Arkansas River as seen from the top of the Mayo building in downtown Tulsa. TOM GILBERT/Tulsa World File 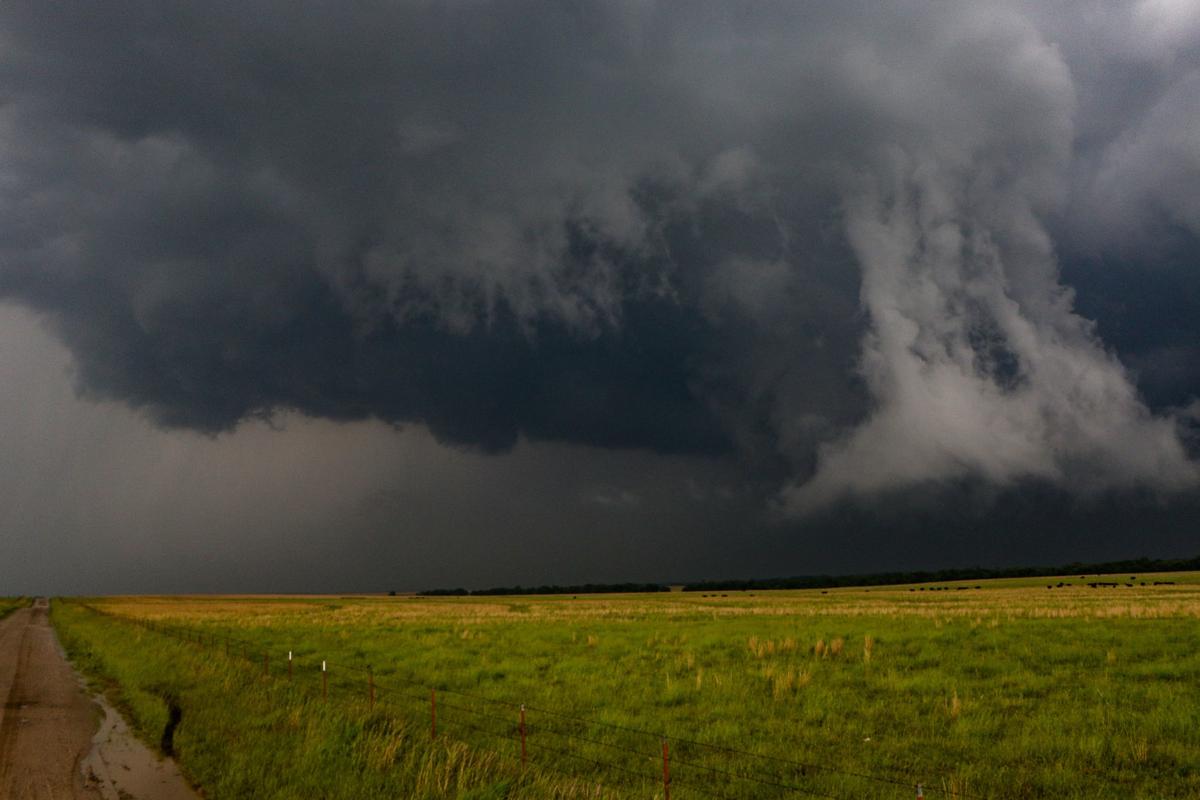 A storm that spawned a tornado near Okemah moves to the northeast of Okmulgee on May 22, 2019. JOSEPH RUSHMORE/for the Tulsa World 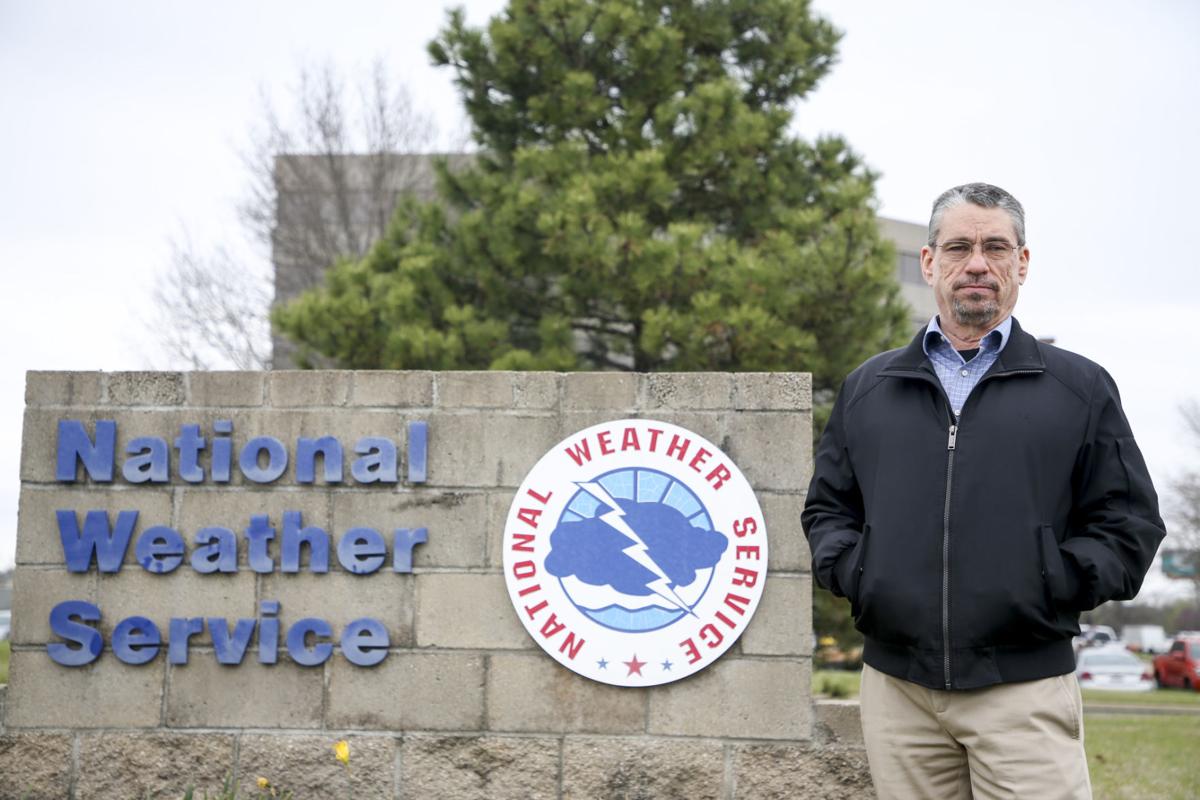 Steve Piltz is the meteorologist in charge of the National Weather Service in Tulsa. IAN MAULE/Tulsa World 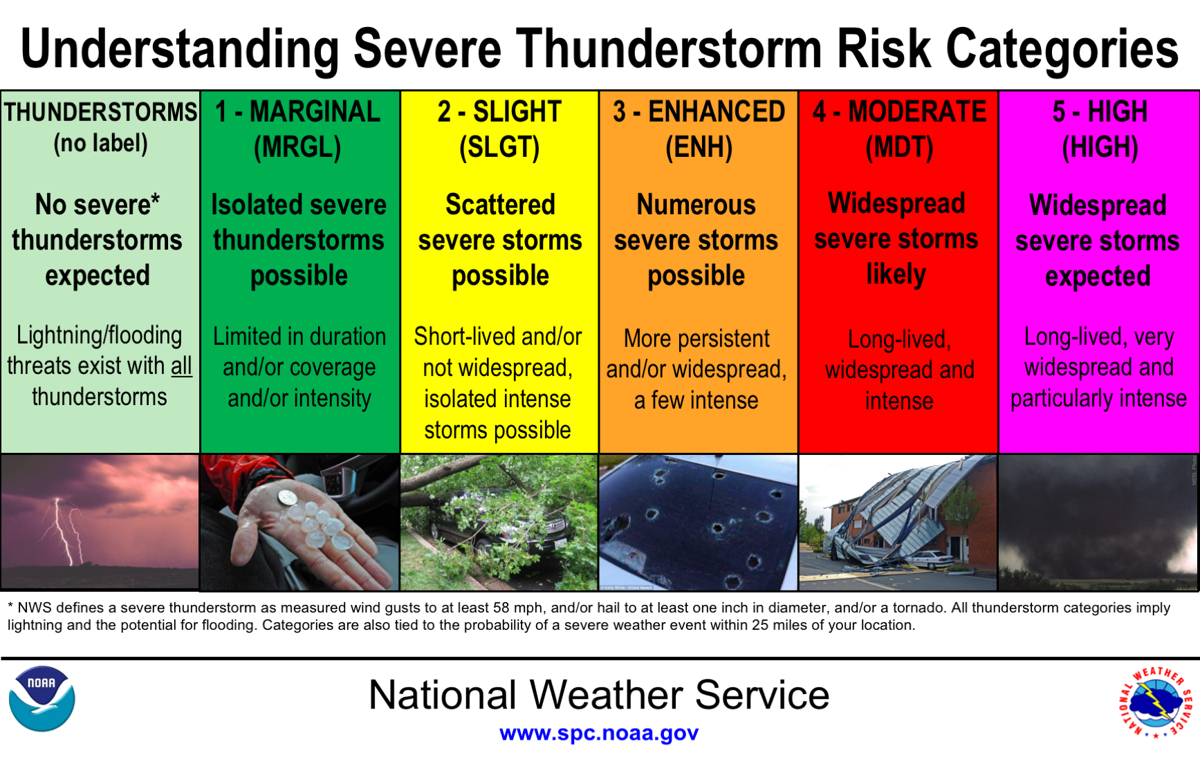 These are the severe weather risk categories used by the Storm Prediction Center in Norman. Courtesy 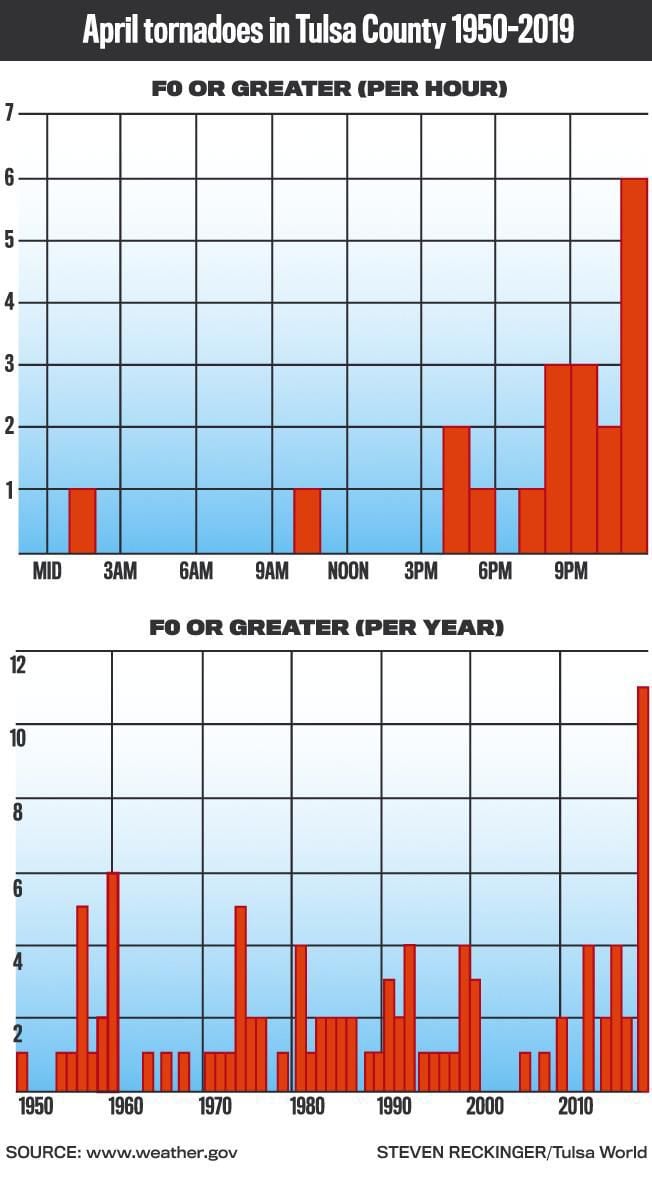 On top of everything else, here comes severe weather season: How to deal with that

Officials: Have a plan now for tornadoes, severe weather amid coronavirus pandemic

Squall lines and supercells: It's worth knowing the difference in storm season

Sheltering from storms amid COVID-19

Following a record 149 tornadoes in Oklahoma last year, no one is really sure what this year could bring as the state enters the peak of severe storm season amid the COVID-19 pandemic.

“I always get this question: ‘How bad is it going to be this spring?’” said Ed Calianese, warning coordination meteorologist for the National Weather Service in Tulsa. He made the remarks during one of several recent storm spotter training sessions, before the coronavirus pandemic forced public meetings to shut down.

“I don’t know. Anybody who thinks they know is not really too serious when they say that. It literally, from one year to the next, can be drastically different.”

This year’s season will have the additional staggering challenge of the COVID-19 pandemic. Officials have said people need to have a plan now for sheltering when in the path of a tornado, and that safety from severe weather should take priority over social distancing.

While tornadoes can and have occurred in every month in the state, the most active months are typically April and May, with an average of 11.6 and 23.2, respectively, since records started began in 1950, according to the weather service.

To illustrate his point, Calianese said the area covered by the Tulsa weather service office — 25 counties in eastern Oklahoma and seven in northwest Arkansas — averages 19 tornadoes per year.

The number in the Tulsa area last year was second only to 2011’s high of 77 tornadoes since records began in 1950.

Calianese said the peak of severe weather season in Oklahoma is typically mid-April until early June.

“There’s a reason why that (number) drops dramatically in June, because that’s typically when the jet stream has shifted north of our area.”

There are four basic ingredients for severe weather: moisture, instability, lift and wind shear — a difference in wind speed and direction over a relatively short distance in different levels of the atmosphere.

“The wind shear ingredient (jet stream) has generally shifted well north of our area” by June, he said.

In addition to a record number of tornadoes, parts of the state also saw historic flooding last year, with areas of northeast Oklahoma receiving one and a half to twice the amount of annual rainfall, mainly due to a deluge in May.

The Climate Prediction Center’s three-month outlook for April, May and June this year has Oklahoma with equal chances of average, below- or above-average precipitation, and a 33-50% chance of having above-average temperatures.

Tulsa weather service hydrologist Nicole McGavock said during a public forum March 11 that the chance of the Arkansas River reaching flood stage by June this year is about 18%. The chance for a repeat of flooding similar to last year’s is 6%, she said. “That’s higher than normal, but it is not an extreme probability,” she said.

In an average year, the chance that the river will reach flood stage is less than 2%.

Local offices of the weather service issue a tornado warning when one is indicated by radar or observed by a trained spotter or law enforcement.

After 2011, when hundreds of people were killed in catastrophic tornadoes in Joplin, Missouri; Tuscaloosa, Birmingham and Huntsville, Alabama; and other areas, the weather service implemented “impact-based warnings,” with stronger language for significant tornadoes.

“When you see that ‘considerable’ tag, that’s a seriously dangerous situation that has a higher chance of loss of life and definitely property damage,” Calianese said.

Areas under a tornado warning are typically indicated by a red polygon by weather service radar and many weather phone apps. That polygon will be purple if a damaging tornado is spotted or indicated by a debris signature on radar, he said.

“Most people survive in weak tornadoes. Ninety-eight percent of people who die in tornadoes die in EF2 (winds 111-135 mph) or greater tornadoes.

“The reason we enhanced the wording for some of our tornado warnings ... (is) so when we have that potential, we want to emphasize that.”

However, Calianese said that even though the warnings may be updated to include such language, people who are initially alerted by their smartphones about a tornado warning will not receive updates to the warning.

“You should always have more than one source for information,” he said, adding that updates are posted quickly on Twitter by the Tulsa office (@NWStulsa) and are updated on the office’s website, www.weather.gov/tsa/.

The warning will also include if the tornado is radar-indicated or observed, and if there is hail and its estimated size.

Calianese said hail of 1.75 inches or larger in a severe thunderstorm or tornado warning should be taken extremely seriously.

“Anything bigger than that — you’re probably going to start losing windows,” he said.

Calianese and other meteorologists said people should pay attention to the latest severe weather outlooks and forecasts — especially this time of year. “Every storm season should be entered as if it is going to be the worst on record so you can be prepared,” state climatologist Gary McManus said.

“If there’s only one tornado in the state and it hits your house, it’s a really bad year,” said Bill Bunting, chief of forecast operations for the Storm Prediction Center in Norman, which issues tornado and severe thunderstorm watches for the entire country.

The Storm Prediction Center also issues severe weather outlooks several times a day and has a five-tier scale of severe weather risk, ranging from the lowest (“marginal”) to high. The outlooks are posted on maps showing areas of various risk in the “convective outlook” sections on the SPC’s website, spc.noaa.gov.

The center’s outlooks go out about a week, and the risk levels can go up or down as the weather pattern develops, sometimes within a matter of hours.

Rick Smith, warning coordination meteorologist for the weather service in Norman, said conditions on May 3, 1999 — when the largest tornado outbreak in the state occurred — started off as a relatively medium risk, but quickly escalated to the highest risk in a matter of hours.

On May 3 into the early hours of May 4, 1999, at least 46 tornadoes touched down in Oklahoma, with dozens of others in Kansas, Nebraska and Texas, killing 46 people, injuring hundreds and causing $1.2 billion in damage.

“There was the potential there, but nobody — nobody expected that kind of an outbreak,” Smith said.

“You can’t look at the weather on TV or whatever at 6, 7 o’clock in the morning and have a good handle on what’s going on on a severe weather day,” Smith said.

“My advice to Oklahomans, always, is that if there is a 20% chance of thunderstorms for that day, check the forecast often throughout the day.”

Another example of rapidly changing conditions happened March 2-3 this year in the tornado outbreak that killed 25 people in Tennessee. At least seven tornadoes occurred from 11:05 p.m. through 2:25 a.m.

The Storm Prediction Center before dawn on March 2 said there was a “slight risk” for severe weather — the second-lowest on its five-tier scale — but by later that evening began issuing tornado watches in Arkansas and Kentucky. A tornado watch was issued for central Tennessee at 11:20 p.m.

“The (Tennessee) threat was only being appreciated just an hour or two in advance of all of it, and really when you start to talk about midnight tornadoes ... a lot of folks went to sleep before they ever knew the tornado watch was up,” said Steve Piltz, meteorologist in charge of the weather service in Tulsa.

“Don’t assume that the information you have in the morning is going to be the same information that’s there in the afternoon,” Smith said.

Featured: A look inside the National Weather Center

Gallery: Tornadoes hit these Oklahoma counties the most in 2019

Video: A look inside the National Weather Center

Most tornadoes in Oklahoma by year since records began in 1950:

Most tornadoes in the Tulsa National Weather Service's coverage area (25 counties in eastern Oklahoma and seven in northwest Arkansas):

From 1950 to 2019, 1,393 tornadoes have been documented in the Tulsa National Weather Service forecast area, which includes 25 counties in eastern Oklahoma and seven in northwest Arkansas.

Although tornadoes have been recorded in every month in Oklahoma from 1950-2019, the state typically has the most tornadoes in April (819 during those years) and May (1,706).

A tornado or severe thunderstorm watch — issued by the Storm Prediction Center — means conditions are favorable for the formation of severe storms and/or tornadoes.

A tornado or severe thunderstorm warning — issued by local National Weather Center forecast offices — means one is occurring or indicated by radar and to take cover immediately if you are in or near the path.

Storm clouds and the Arkansas River as seen from the top of the Mayo building in downtown Tulsa. TOM GILBERT/Tulsa World File

A storm that spawned a tornado near Okemah moves to the northeast of Okmulgee on May 22, 2019. JOSEPH RUSHMORE/for the Tulsa World

Steve Piltz is the meteorologist in charge of the National Weather Service in Tulsa. IAN MAULE/Tulsa World

These are the severe weather risk categories used by the Storm Prediction Center in Norman. Courtesy