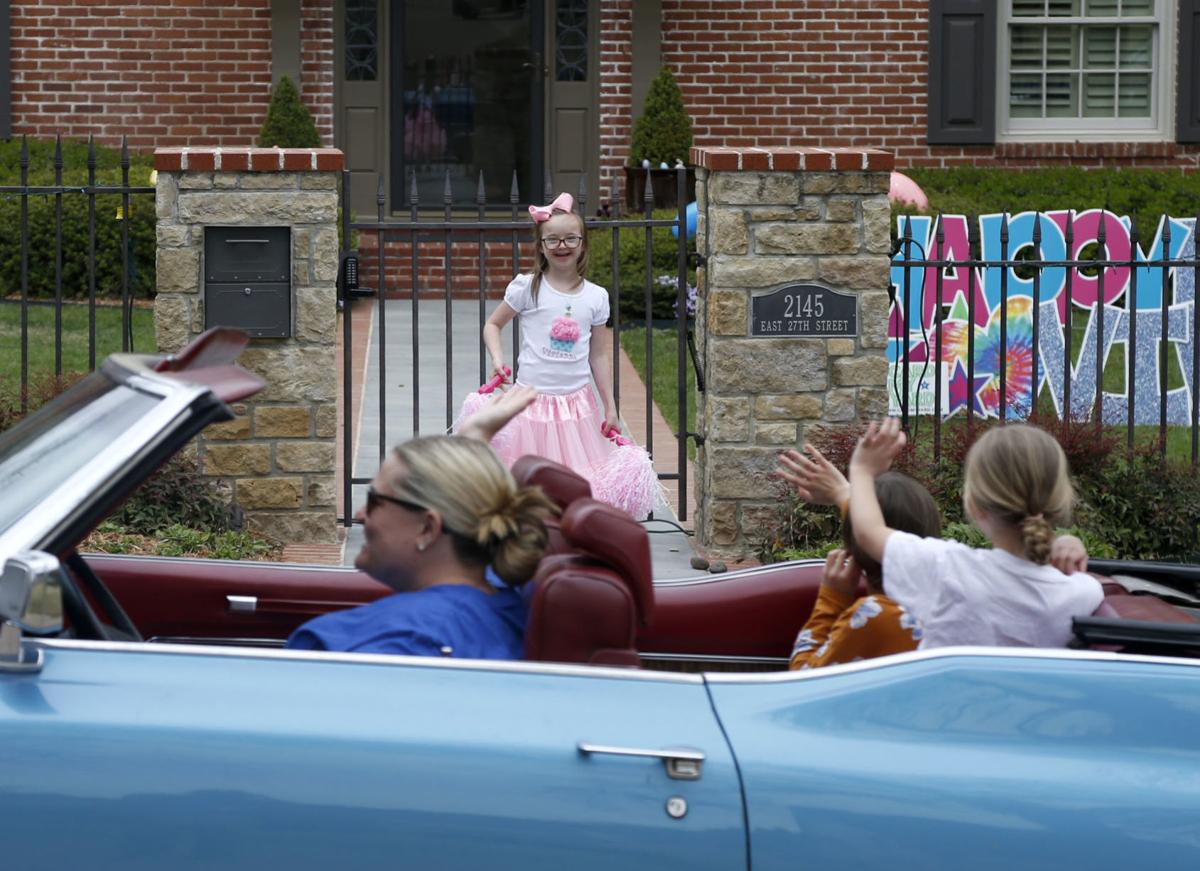 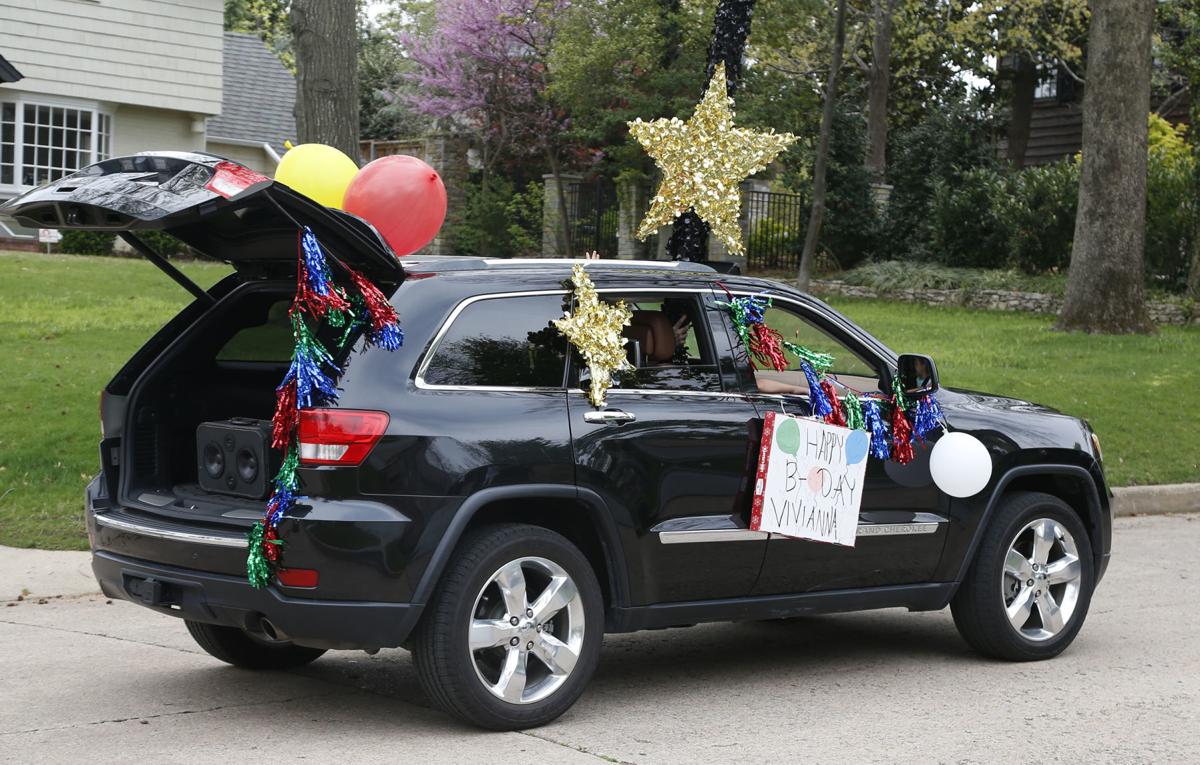 Vivianna Smith doesn’t let much get her down.

However, it hasn’t been easy for her recently since the COVID-19 pandemic forced her school to close.

“She’s a very, very happy kid, but she misses that interaction,” Channing Smith said of his daughter, who has Down syndrome.

“Every day, she talks about how she’s missing her friends and teachers.”

On Wednesday afternoon, to celebrate her 10th birthday, Vivianna’s family came up with a special way to make up for some of what she’s recently lost.

Keeping in mind social distancing rules, they organized a surprise birthday “parade,” inviting friends and family to drive by their midtown Tulsa home and cheer Vivianna from their cars.

Vivianna, who was joined in her yard by her parents and siblings, waved joyfully as some 30 vehicles navigated past, many of them honking and playing music.

“We thought this would be a good idea, and give everyone a chance to wave and honk and holler and wish her a happy birthday,” said Channing Smith, who stood alongside his wife, Christina.

Vivianna, who has two sisters and a brother, is a third-grader at Marquette Catholic School, where she’s part of the RISE program for special needs children. Most of the paraders Wednesday had Marquette ties.

Stephanie Vanderslice was there with her children, Parker and Porter, who are both students at the school.

“Vivianna is one of those people who brings happiness whenever she comes in the room. And she loves you for who you are,” Vanderslice said. “I wish we had a million more Viviannas in this world.”

“I was really excited about this. It’s the longest I’ve gone without seeing her,” said Parker Vanderslice, who’s also in the third grade.

“Vivianna is beautiful, amazing and sweet,” said another classmate, Olivia Gawey, who drove by with her stepmom, Lori.

Like many of the others, the pair were blasting music as they waved and cheered Vivianna.

Lori Gawey, who is president of the Blue Dome Merchants Association, had her car tricked out with Mardi Gras-themed paraphernalia.

“I organized the recent (Blue Dome) Mardi Gras parade and still had this. It worked out perfect,” she said.

Vivianna, wearing a pink tutu with a pink bow in her hair, soaked up the attention, greeting each passing guest with a wave of her pink pom-poms.

The Smiths kept a good 10 to 15 feet between their family and the cars.

The social distancing, they said, is especially necessary for Vivianna, whose health issues include a heart condition.

Since school was closed for the rest of the school year, she and her siblings have been doing school work online.

“She kind of understands and has an idea about what’s going on right now,” Channing Smith said. “We’ve explained it the best we can.”

Also for her birthday, earlier in the day Vivianna got to open presents, which included some Barbie dolls. A cake was in the plans as well, her dad said.

A normal birthday, like last year’s, would feature a big dinner with her family, including her grandparents.

Maybe that will be an option again next year.

“We’re all doing the best we can right now in trying to maintain some normalcy,” Channing Smith said. “It’s a difficult time and you have to think outside the box.”

“We’re really grateful for everyone who came out,” he added. 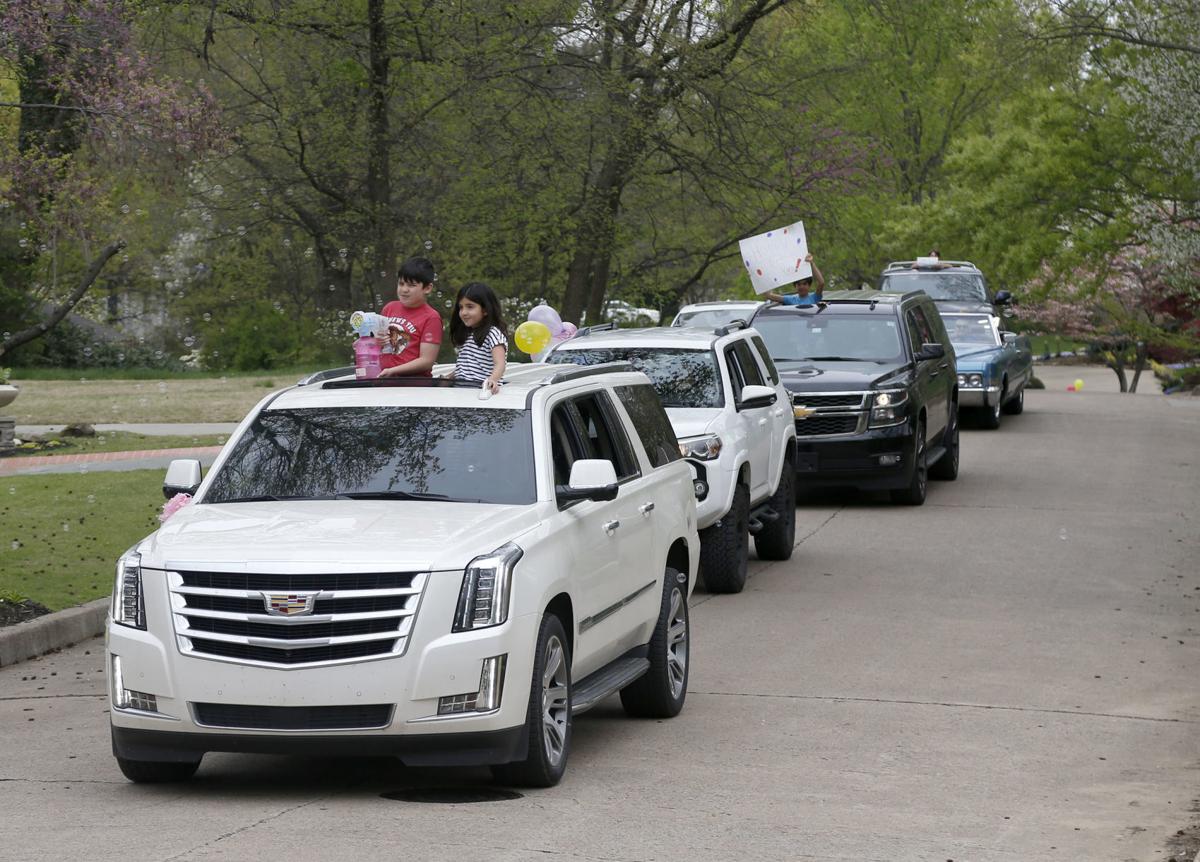 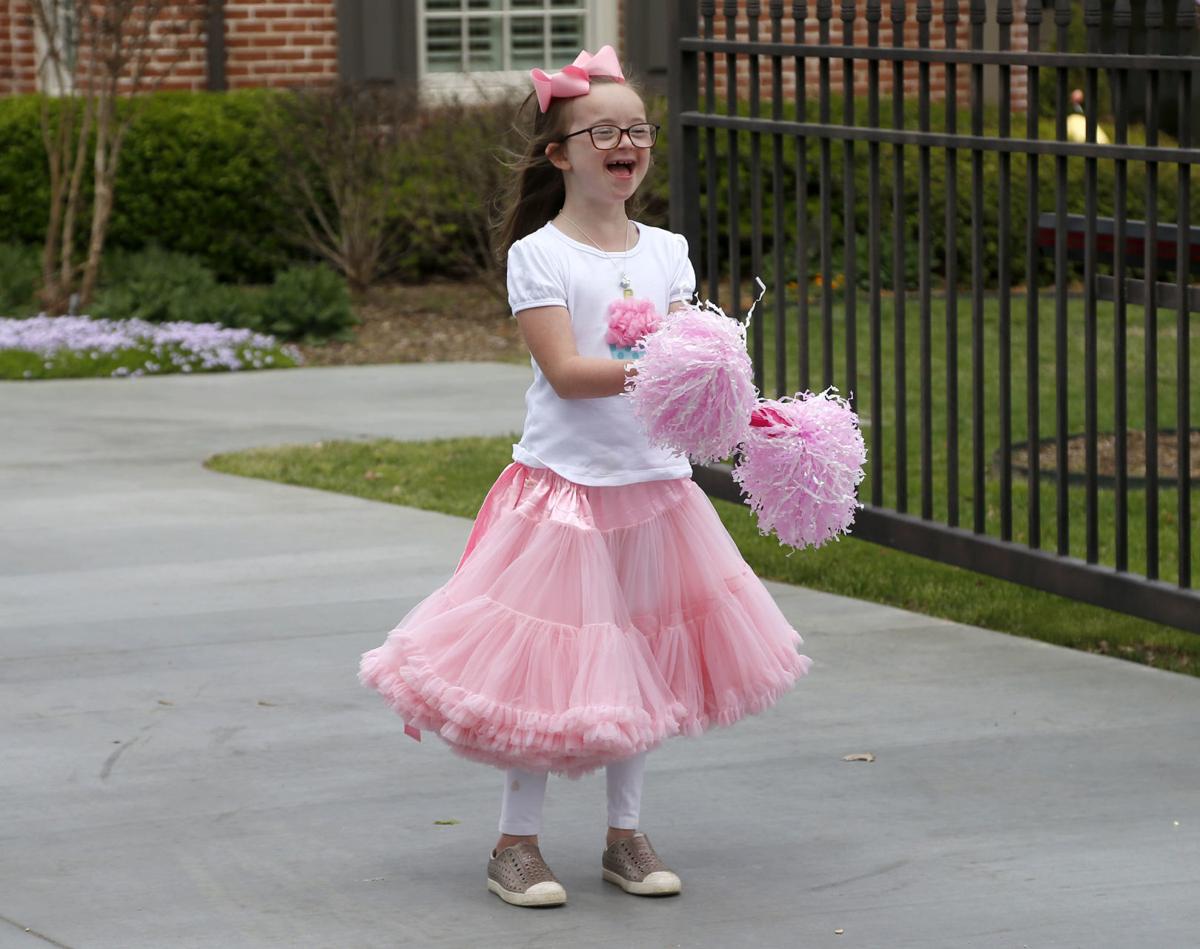 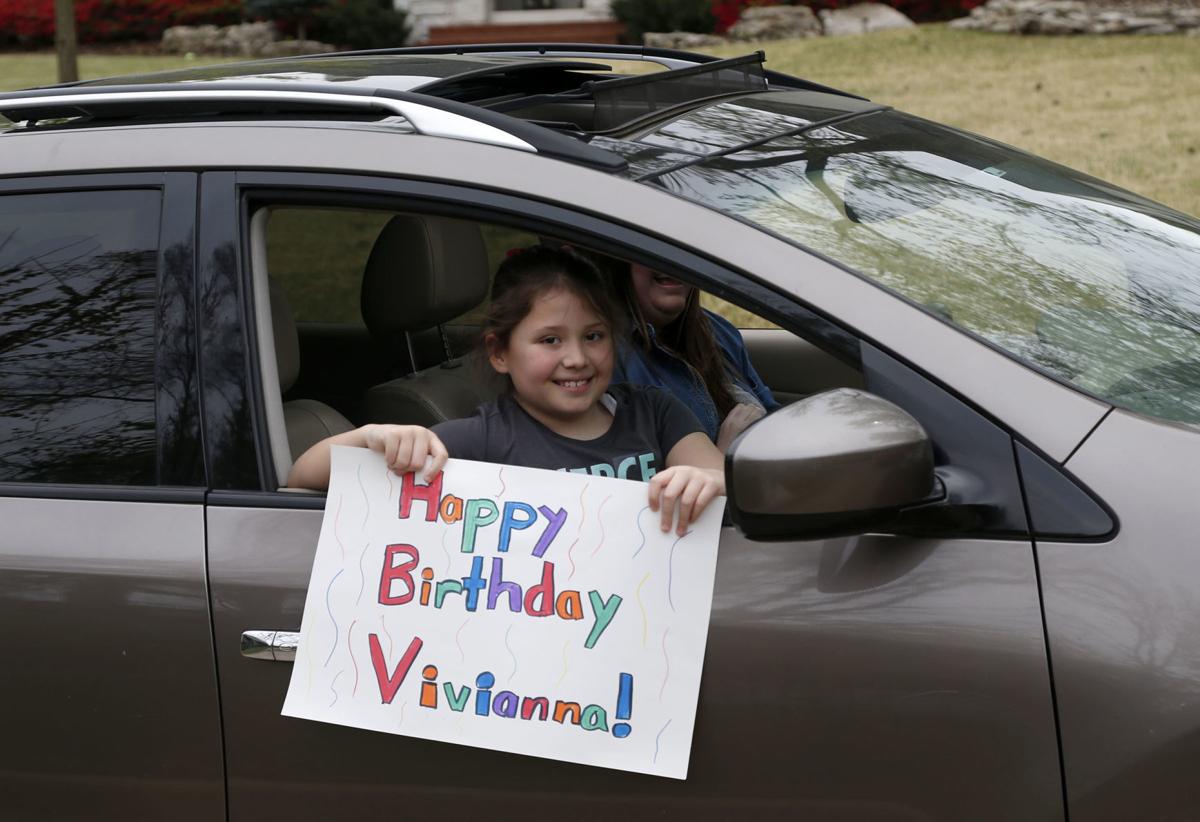 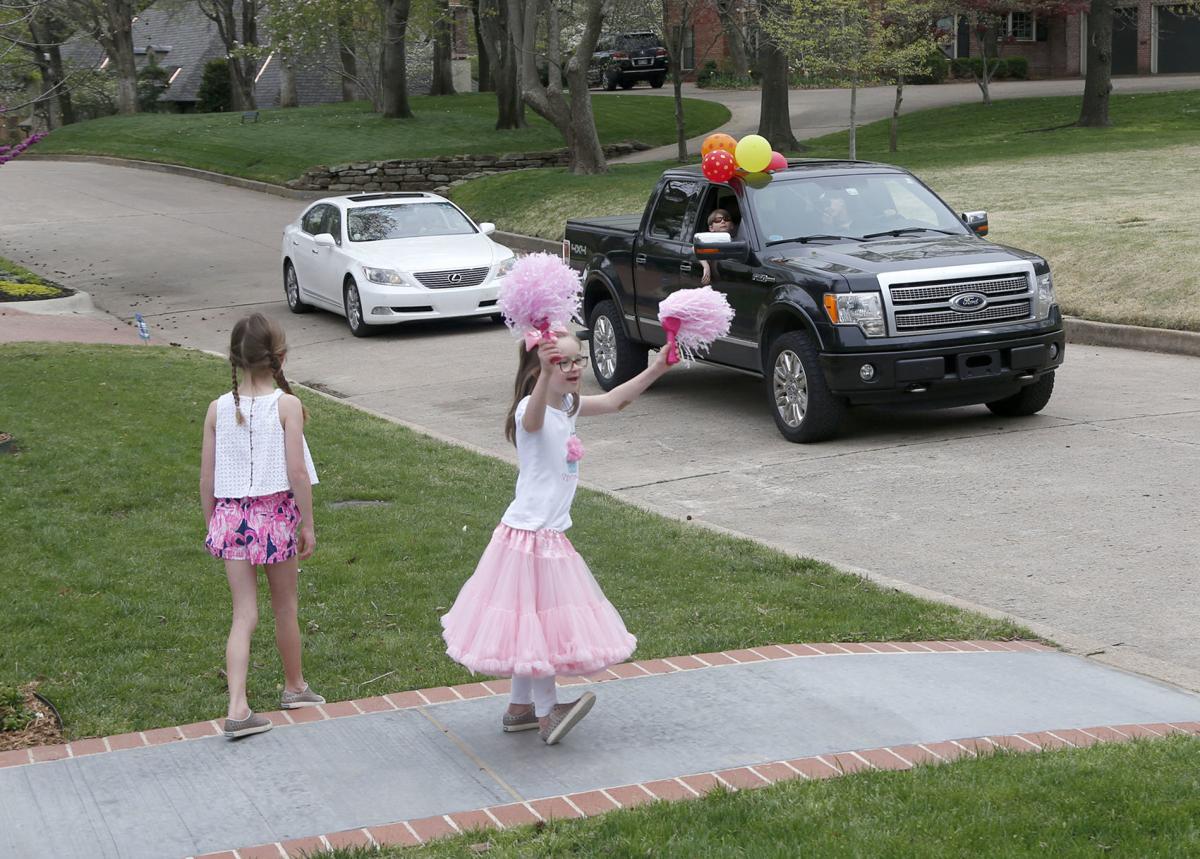 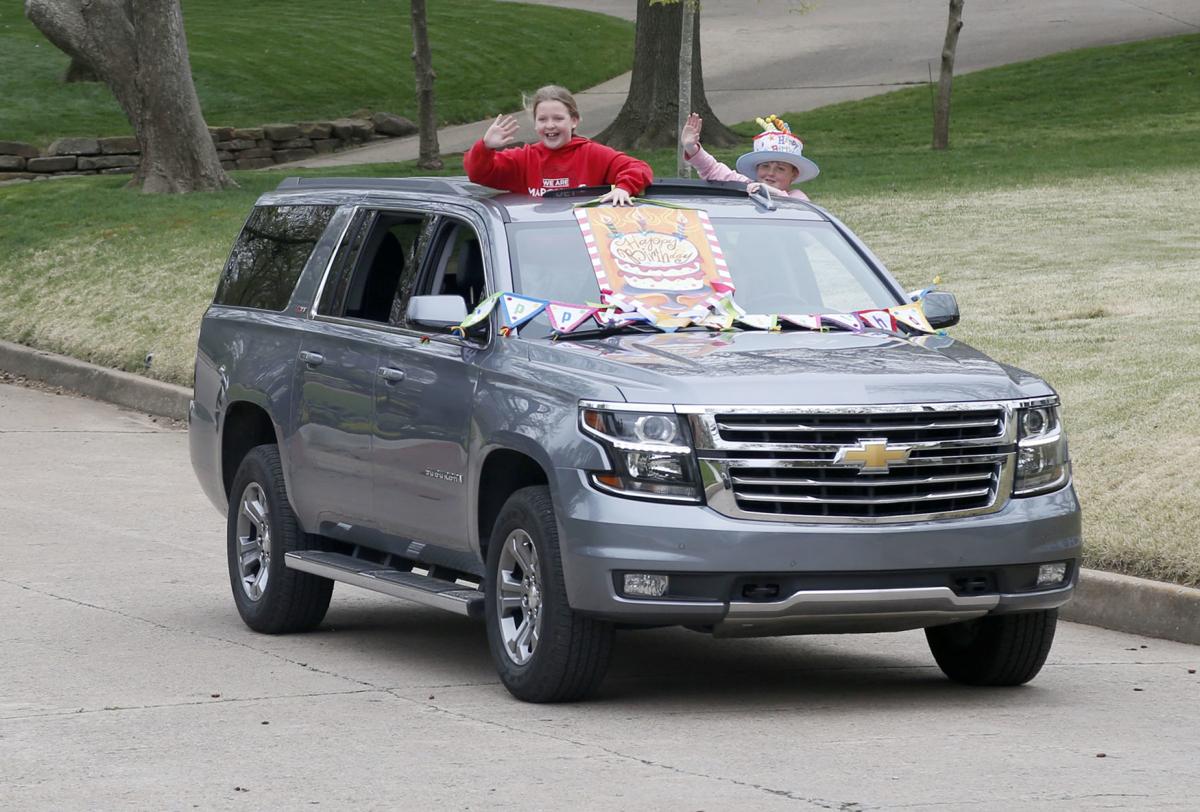