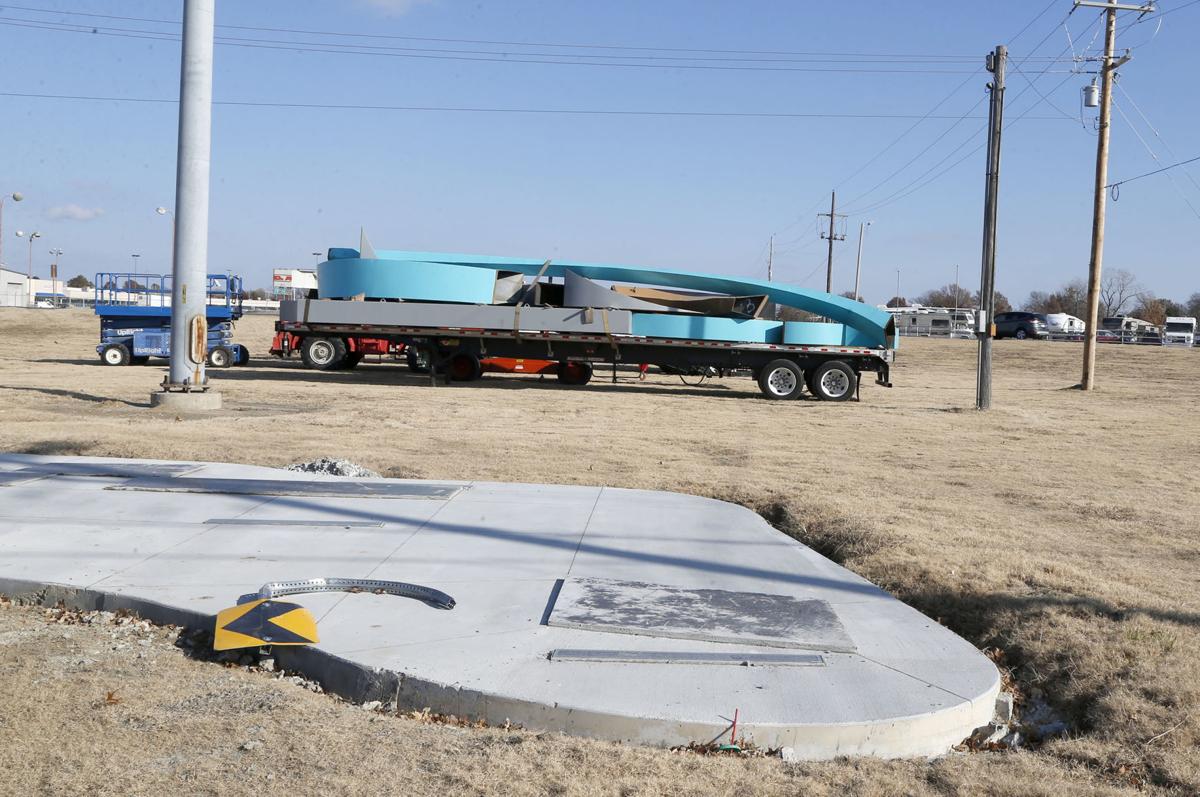 Construction of the “Route 66 Rising” sculpture is ongoing at Admiral Place and Mingo Road in Tulsa. STEPHEN PINGRY/Tulsa World 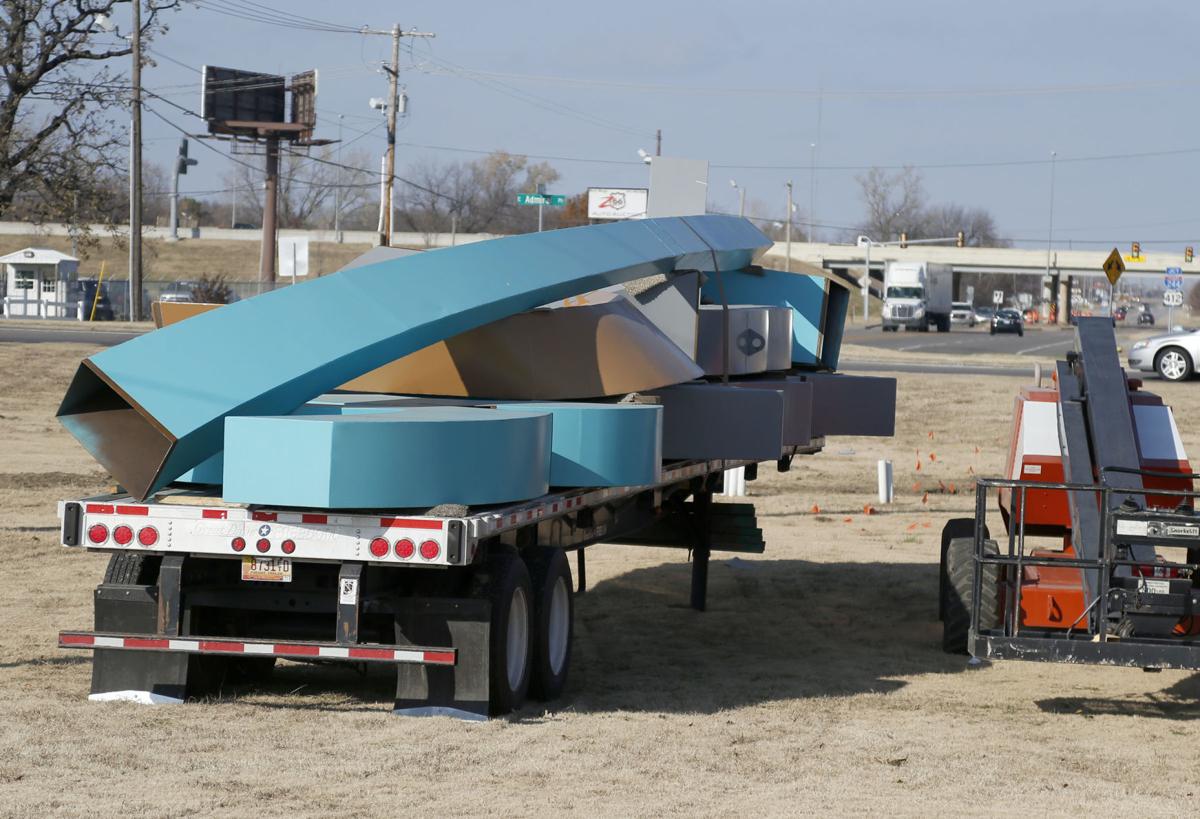 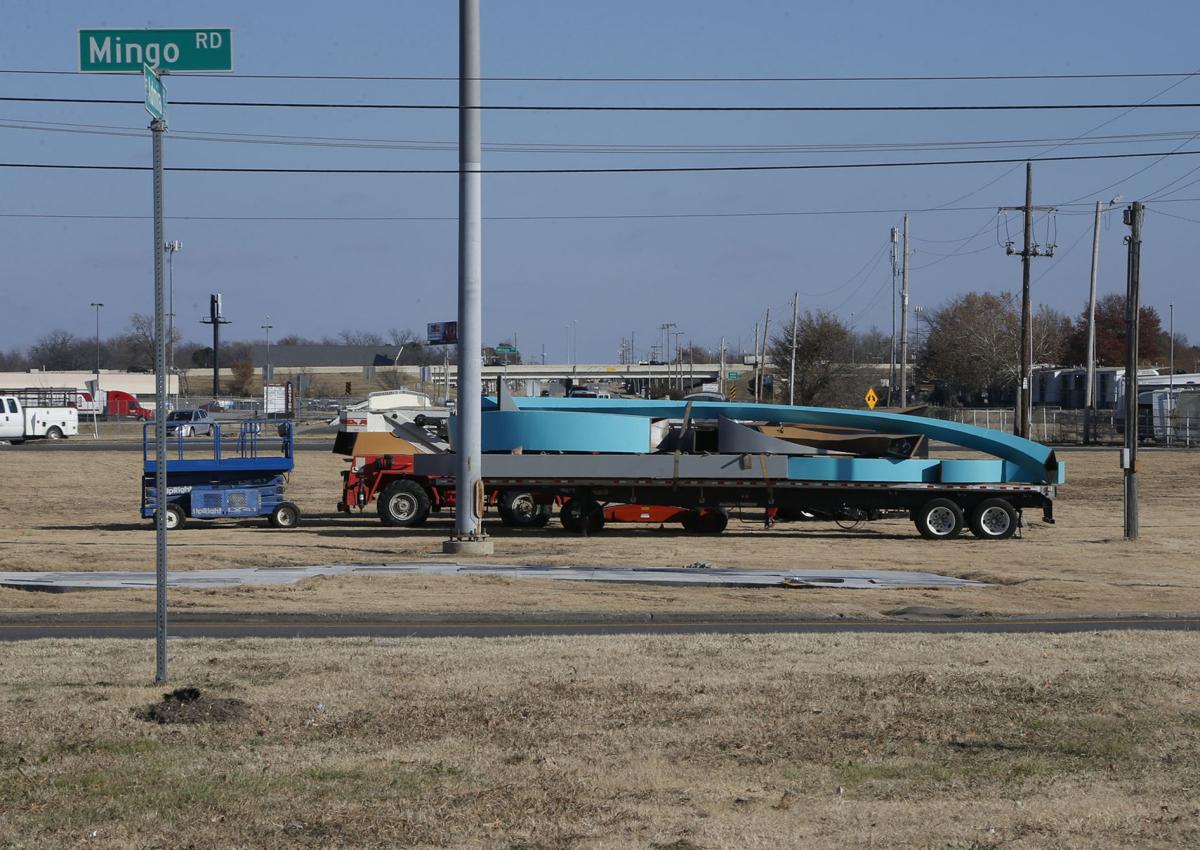 A significant piece of Tulsa’s historic Route 66 renaissance will soon join a growing list of attractions in what many consider the heart and soul of the iconic American highway.

Installation of the “Route 66 Rising” sculpture begins this week on the eastern edge of the city.

“We believe the sculpture will become one of the iconic symbols of Route 66 in northeastern Oklahoma,” said Ken Busby, executive director and CEO of the Route 66 Alliance. “It will be a very large structure and will attract a lot of attention for those traveling on Route 66 just like the Blue Whale or Golden Driller.”

“Route 66 Rising” will be approximately 70 feet wide and 30 feet high.

Route 66 boosters hope to open the Route 66 Experience, a $26-million facility near the 11th Street Bridge, in the near future. It will be a combination information station for attractions along the highway between Chicago and Los Angeles, small museum and traveler services facility.

“The new sign will signal your arrival in a very important city on Route 66,” Busby said. “It is going to be very large. You’ll know you are somewhere special on Route 66 when you get to our city.

“And we really love it because it is such an important Route 66 location in our city.”

Construction equipment, including a crane, has arrived at the Avery Traffic Circle at East Admiral Place and Mingo Road in preparation for installation of the sculpture.

Work on this Vision 2025 project began Monday, and the installation will take about two weeks.

Vision 2025 was a sales tax collected in Tulsa County from 2004 through 2016 that provided for regional economic development and capital improvements. Vision 2025 included $15 million for projects on Route 66 in Tulsa. Beginning in 2017, the Vision Tulsa sales tax replaced Vision 2025 within the city limits of Tulsa.

To honor Cyrus Stevens Avery, the “Father of Route 66” who lived in Tulsa, the intersection of Admiral Place and Mingo Road has been named the Avery Traffic Circle. This location is on the original 1926-1932 alignment of Route 66.

It was also home to a restaurant, Old English Inn, which featured white-tablecloth dining, and tourist cabins.

“The Old English Inn was designed to replicate the feel of eating at home,” Martin said. “Not a lot is known about the Old English Inn because it was so long ago. But it probably was not fine dining like in the modern restaurant business.

“It was designed more as a place for travelers to stop, get something to eat and spend the night before getting back on Route 66 to continue their journey.”

Construction of the “Route 66 Rising” sculpture is ongoing at Admiral Place and Mingo Road in Tulsa. STEPHEN PINGRY/Tulsa World