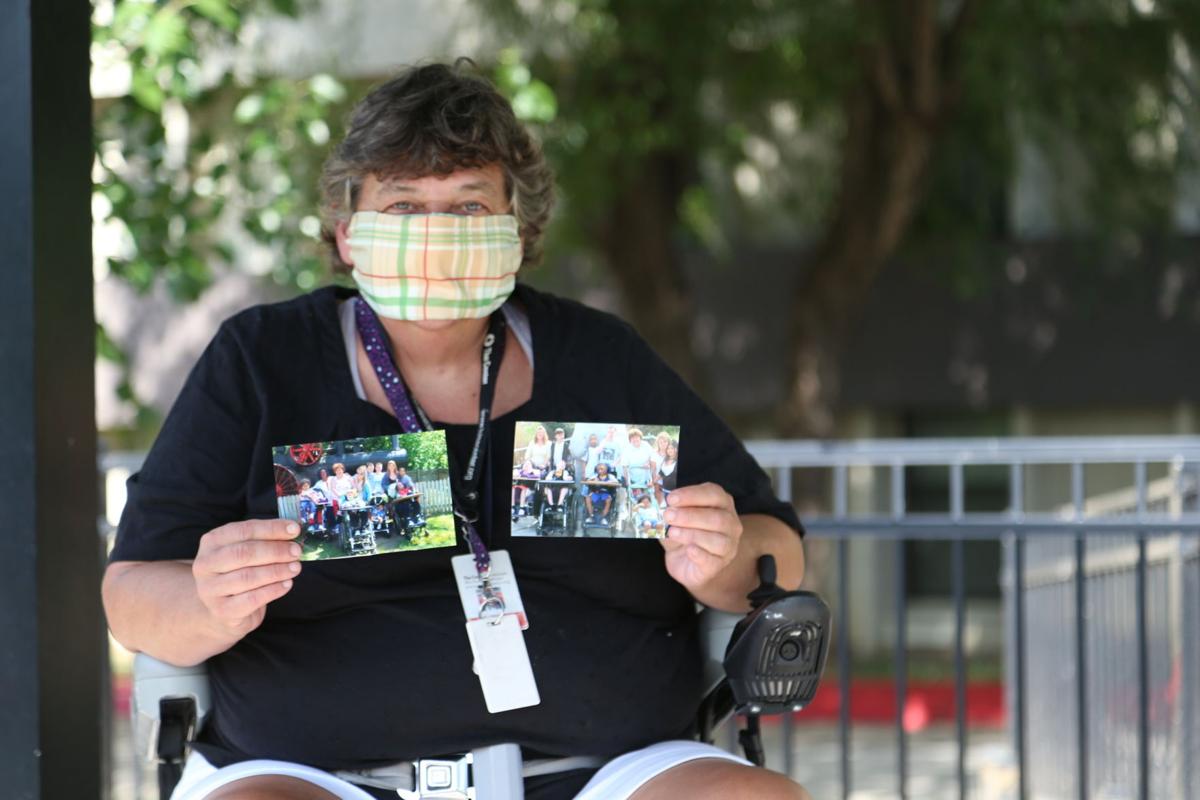 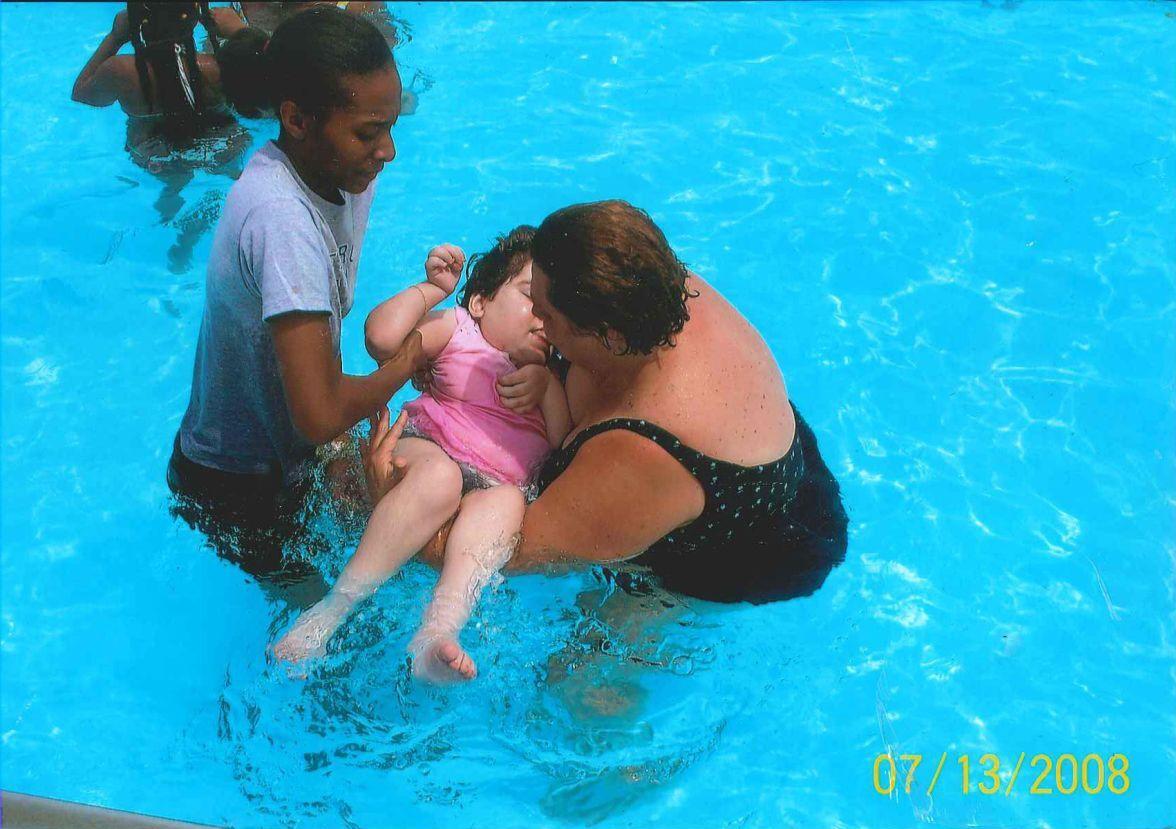 Pamela Vest (right) holds her adopted daughter, Katie, who had special needs, while a helper assists them into a pool. Courtesy/Pamela Vest 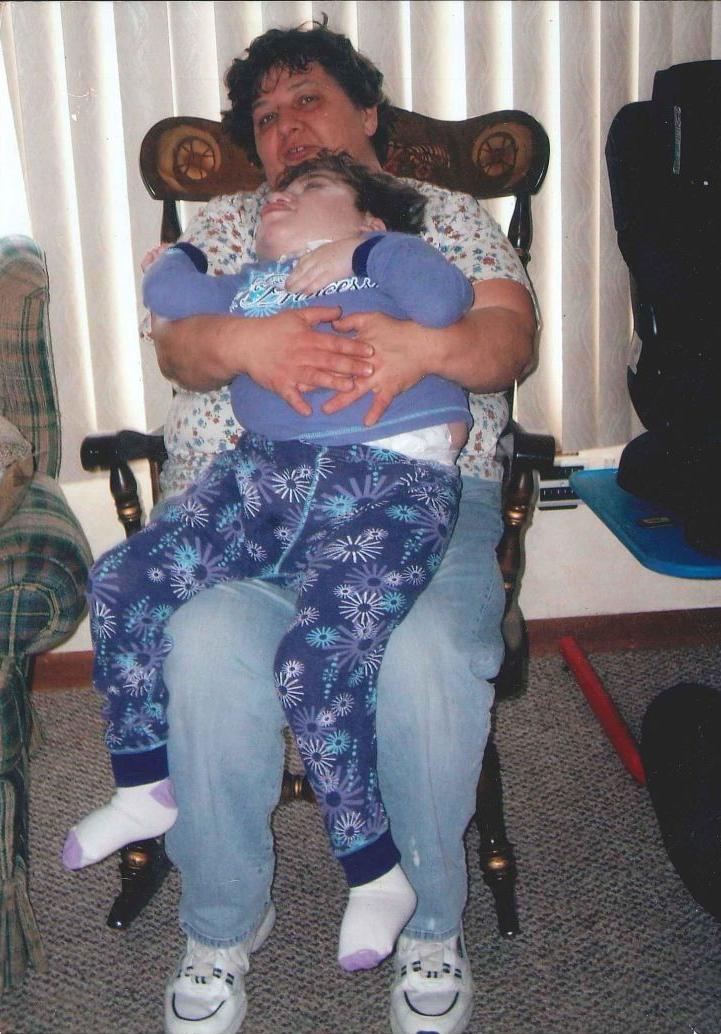 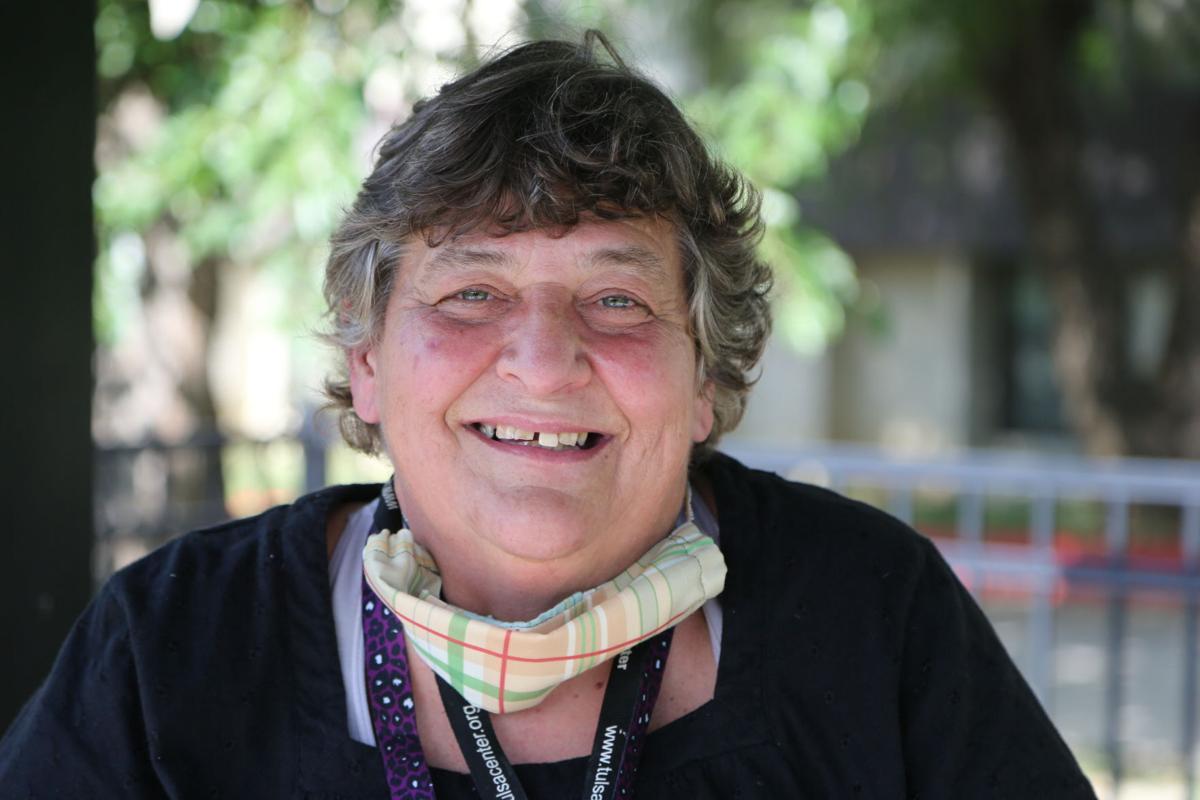 With the assistance of a helper, Pamela Vest had eased her daughter into a pool, making sure to keep her head above the water.

Her daughter, Katie, splashed and squealed in the water. Vest had made it a point to take her out of the house because she had lived so much of her life in a bed. For Katie and her other children, adopted and foster, Vest wanted to “let them see God’s creation.”

“It was just like you were supposed to keep them at home,” Vest said. “It was hard to get into buildings.”

“You just didn’t get to do what the rest of the world got to do.”

Vest adopted Katie when she was about 15 years old. Katie had been born to a sex worker, and she was born with a sexually transmitted infection. She developed cerebral palsy around birth.

Katie had a litany of health and developmental issues, and she lived until she was almost 20 years old, Vest said.

“She would just stare past people when I adopted her,” Vest said. “I took her out in the world, and she was so happy.”

Vest made her home into a foster home, where she primarily cared for children with disabilities. All of her adopted children, Katie, Tony, Gregory and Gabriel — who also has since died — had different disabilities to different degrees. Katie used a wheelchair.

Vest has a genetic disorder that causes her pain, and she has used a wheelchair since 2010 because of it. She said she might not have been able to give her children and foster children the breadth of the experiences they have had had it not been for the Americans with Disabilities Act.

It laid a legal framework for accommodations and accessibility, and Sunday marks its 30th anniversary.

“The Americans with Disabilities Act has given us a life,” Vest said. “It’s given me a life.”

It gave her a tool to be more assertive, particularly when she was pushing to give her special-needs children experiences at parks, zoos and pools. It also ensured that accessibility features were available.

Vest moved to Tulsa around 2015 from Michigan, where she operated a foster home, to a place with less harsh winters. She said the change in weather benefited one of her sons.

Despite Vest’s love for Tulsa, the city could do better, she said. Even with the ADA, accessibility is sometimes difficult.

President George H.W. Bush signed the law into effect on July 26, 1990. The landmark civil rights law affords protection to people with disabilities from discrimination in areas of public life, such as employment, school, transportation and areas open to the public.

Those who have a physical or mental impairment that affects their major life activities, or who have a relationship with someone who does, qualify for protection under the ADA, the Oklahoma Department of Rehabilitation Services noted in a press release.

“In many ways, it continues to bring people together, because people with disabilities are discriminated against even today,” Fruendt said.

“The true meaning of the ADA is that people with disabilities are a part of a community and have a right to everything that community has to offer,” she said.

As Bush said during a ceremony commemorating the law’s passage, “Let the shameful wall of exclusion finally come tumbling down.”

Emily Cheng, who has cerebral palsy and lives in the Oklahoma City area, said that while some disabilities are obvious, others are not always visible.

Cheng was a child when the ADA was passed, and in the ensuing years, she has seen a cultural shift.

“One of the things that I feel like has changed is that society as a whole is a lot more willing to have conversations about what a disability is, what it means and what it does not mean, as well,” she said.

She said she used to think people with disabilities were not well-represented in media, such as in after-school specials where the disability was more of a character than the individual.

Those portrayals have shifted in the new millennium, Cheng said.

Rachel McLemore, a DRS spokeswoman and a wheelchair user, said she has observed a shift in accessibility through the years.

Wheelchair ramps are more commonplace now. More buildings have automatic doors. More restrooms have a larger stall. Elevators ding once for going up and twice for going down, or at least they should.

Prior to the ’90s, McLemore said, “It was very rare to see ramps; it was rare to get braille. ... And people with disabilities did not have accessible means of transportation, like local buses.

“I’ve also seen technology do so much for people with disabilities, because now with newer hearing aids, people who are hard of hearing can connect the Bluetooth on their phone to their hearing aids for phone calls.”

Those technological innovations have spilled over to other areas. Prosthetic limbs and appendages can be 3-D printed. Microsoft has produced a variety of adaptive controllers for people with different ranges of motion. Smartphones maintain a host of software-enabled accessibility features.

Even with all the advancements, Vest said living with a disability can feel isolating.

This is a sentiment that Torrel Miles shared with the Tulsa World in 2018. Miles was paralyzed after a single-vehicle wreck in 2013.

“Suddenly, I was a member of this invisible society, this group of people with physical challenges,” Miles told the Tulsa World. “The stigma is we don’t exist; we are passed over, pushed to the background. I was terrified.”

That changed when Miles became a member of The Center for Individuals with Physical Challenges, a growing Tulsa center for people with physical needs.

The center has served the area for more than 60 years. Vest said the center saved her life.

“They’re accepting; they’re loving and kind,” she said. “They respect you and treat you like peers; they call you ‘friend.’ ”

Pamela Vest (right) holds her adopted daughter, Katie, who had special needs, while a helper assists them into a pool. Courtesy/Pamela Vest