Cleveland's baseball team will change name from Indians to Guardians

Media's cameras, recording devices to be barred from Oklahoma prisons
0 Comments
Share this
{{featured_button_text}}
1 of 2 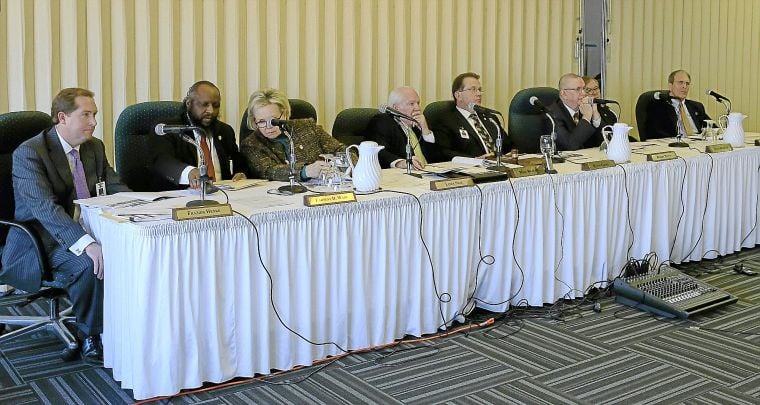 Members of the Oklahoma Board of Corrections attend the board’s regular monthly meeting on Thursday in Oklahoma City. ALONZO J. ADAMS/for the Tulsa World 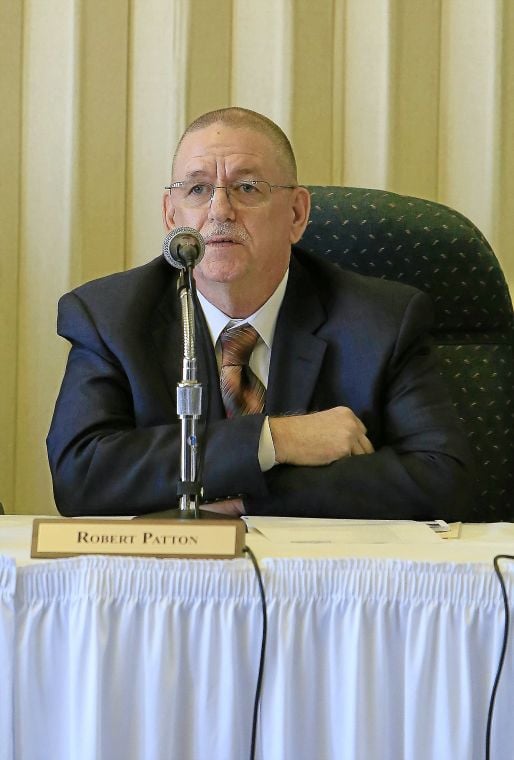 The Department of Corrections has temporarily prohibited news media from bringing any cameras or recording equipment inside its correctional facilities, regardless of the interview topic.

Officials at the agency notified the Tulsa World this week that requests to bring photographers inside prisons for two separate interviews were denied, that only a reporter would be allowed, with no recording equipment.

This varies from previous department policy, which typically allowed access for photographers and videographers, provided they went through security checks and media requests were made far enough in advance.

Newly appointed DOC Executive Director Robert Patton elaborated on the reasoning behind this policy shift after Thursday's Board of Corrections meeting in Oklahoma City.

Patton said he's been "slammed" with more than a dozen interview requests at various facilities since taking office, so he reviewed the current policy on file regarding news cameras inside facilities and determined he's "not comfortable" with it.

Patton stressed that the suspension of allowing cameras and recording equipment would be temporary while he reviewed and possibly revised the policy.

"It's not cutting off media access," Patton said. He said he's simply making sure the facilities are safe, that staff resources aren't diverted to search the camera equipment and that sensitive security equipment wouldn't end up in photos or videos.

"It is very staff intensive to process this type of equipment in and out of a facility. More importantly, we need to ensure that any security function not be recorded or filmed in a way that may jeopardize the safety of our facilities," spokesman Jerry Massie wrote in an email.

Patton attended his first Board of Corrections meeting Thursday in his new role as executive director. Patton, who was hired for his years of experience in the Arizona Department of Corrections, said he's encouraged by what he's seen in Oklahoma during his first three weeks on the job.

He's toured various correctional facilities to see how they're operating with only about 60 percent of the necessary staff and several years without pay raises from the state Legislature.

"I've told the employees I can't get them a pay raise, but I've been talking to them about what can we do to make their jobs better," Patton said.

He's been flooded with emails by various staff members suggesting ideas to improve operations and morale, he said.

The Legislature controls whether correctional officers and staff receive pay raises, he said, so he's encouraged that several state lawmakers have toured facilities in recent months to better understand what DOC is facing, he said.

"We need them to see what these staff are doing day in and day out," Patton said.

Last August, the World ran a series of stories about the effect of staffing shortages on correctional officers' morale and safety. For the project, a reporter and photographer spent two days inside Lexington's Joseph Harp Correctional Center to document the problems officers faced.

Virus Inequity: The haves and the have nots

Virus Inequity: The haves and the have nots

The other driver, a Wagoner woman, was admitted to a hospital for observation.

Members of the Oklahoma Board of Corrections attend the board’s regular monthly meeting on Thursday in Oklahoma City. ALONZO J. ADAMS/for the Tulsa World