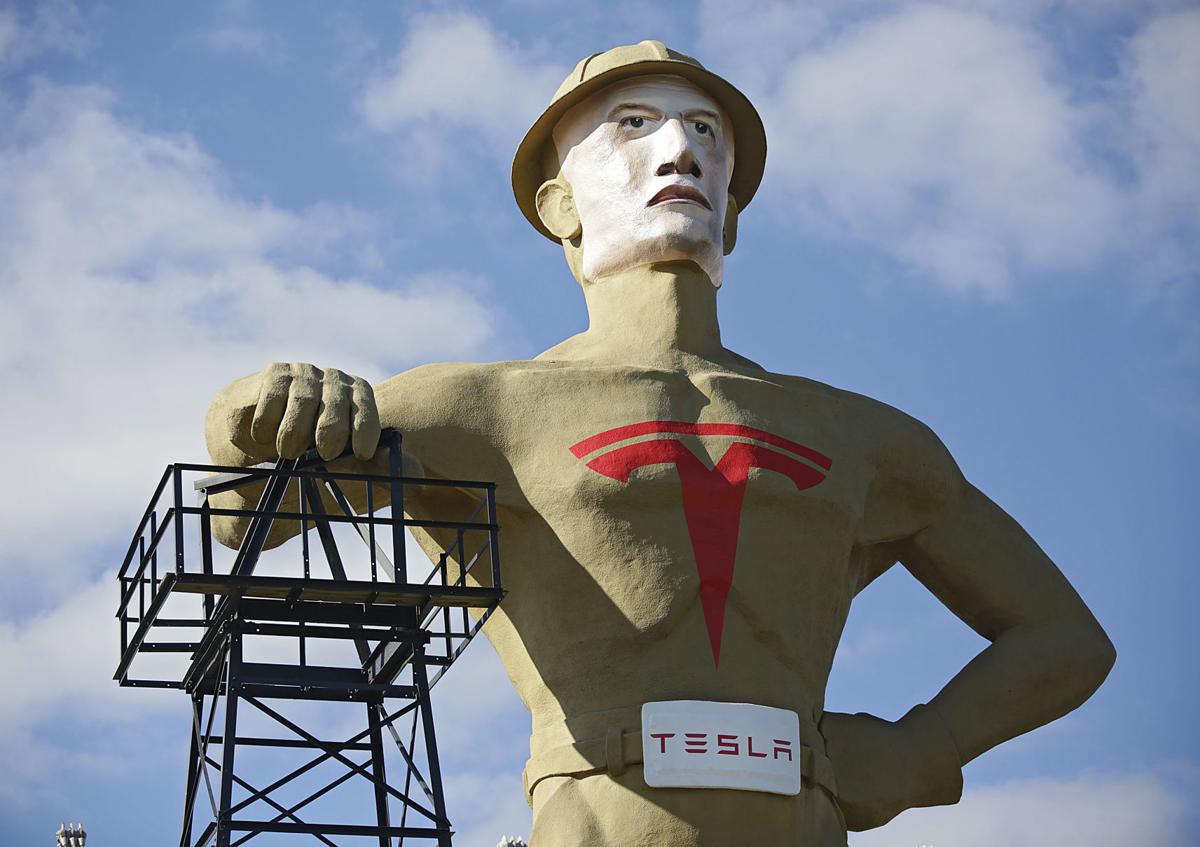 The Golden Driller has received a Tesla-themed makeover complete with an Elon Musk mask. MIKE SIMONS/ 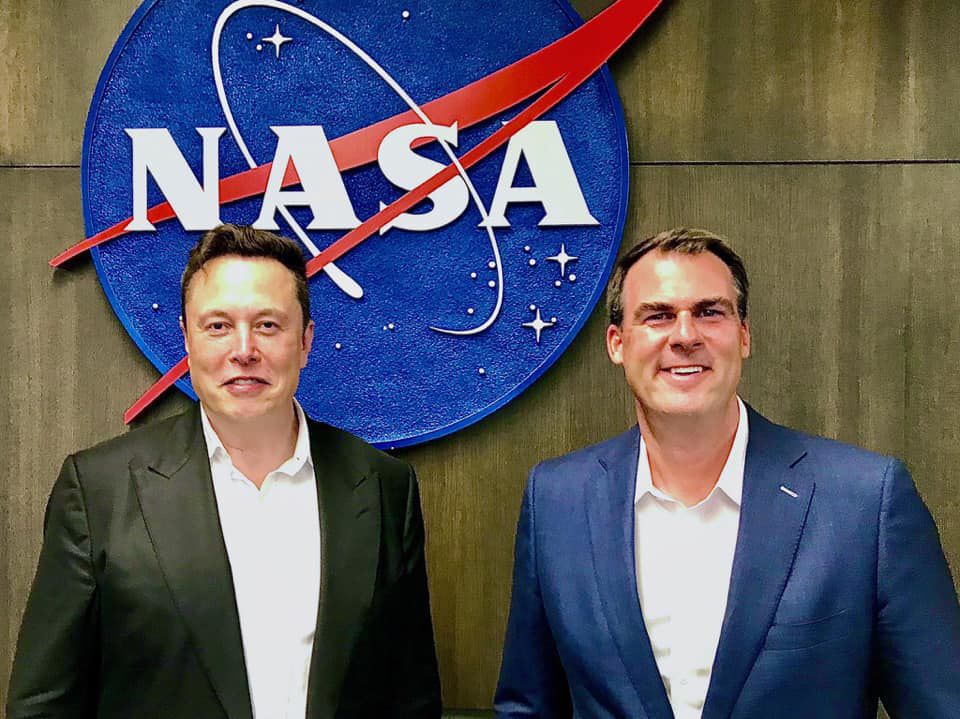 Gov. Kevin Stitt, right, on Wednesday posted this image of himself and Tesla CEO Elon Musk on Facebook.

The Golden Driller has received a Tesla-themed makeover complete with an Elon Musk mask. MIKE SIMONS/

Gov. Kevin Stitt, right, on Wednesday posted this image of himself and Tesla CEO Elon Musk on Facebook.

Some state and local officials, including Gov. Kevin Stitt, got a chance to make their case for Tesla in Tulsa at a dinner in Florida this week with Elon Musk.

Musk and the Tulsans were guests of National Aeronautics and Space Administration Administrator Jim Bridenstine for Wednesday’s planned launch of a SpaceX rocket carrying two NASA astronauts into space.

The launch was postponed because of weather conditions, but the Tulsa delegation was able to make an in-person pitch to Musk for his new Tesla Cybertruck factory.

Musk is the CEO and product architect of Tesla and founder of SpaceX. The Associated Press recently reported that Tulsa and Austin, Texas, were finalists for the new plant.

“He has some concerns about the ability to attract enough engineers into Tulsa just because he is not familiar with Tulsa and we don’t have a University of Texas here in town that pumps out thousands of engineers,” Commerce and Workforce Development Secretary Sean Kouplen said Thursday.

“I think we counterbalanced that with the fact we had 10,000 applicants for Tulsa Remote and Boeing has been successful in attracting 3,500 high-end engineers,” Kouplen said.

Tulsa Remote was created by the George Kaiser Family Foundation in 2018. The program, which offers people $10,000 if they agree to spend a year in Tulsa, has been a resounding success. More than 20,000 people from around the world and from every state in the nation have applied to the program, and more than 200 people have moved to Tulsa because of it.

Participants are also given access to co-working space and provided with networking opportunities to help with the transition.

“Hundreds of engineers are going to be moving to Tulsa through Tulsa Remote,” said Aaron Bolzle, the program’s executive director. “If Tesla also announces it is going to move here, there is going to be no shortage of people who are excited and qualified to move here and work for that company.”

A three-term congressman from Oklahoma’s 1st District, which includes Tulsa, Bridenstine still lives in Tulsa and is Kouplen’s neighbor. He said he approached Kouplen some time ago about getting Stitt to Cape Canaveral for the launch.

Bridenstine, in a phone interview Thursday, said he was not acting as “matchmaker.”

“That’s certainly not the job of the NASA administrator,” he said.

Because of SpaceX’s deep involvement in the U.S. space program, Bridenstine has worked closely with Musk. Those interactions have been tense at times, but Bridenstine said Musk “is amazingly intelligent and brilliant. ... He is a visionary.”

“He (Musk) asked a lot of questions about Tulsa,” Kouplen said. “We just tried, as always, to make the best case that we could. I believe this, and I shared it with him, I believe this is the best choice for many, many reasons.”

He said Musk asked about the Golden Driller, and a recent attention-grabbing effort in which Musk’s likeness was painted on the giant figure’s face and the Tesla symbol onto its belt buckle.

Musk wanted to know if it was real or photoshopped, Kouplen said.

“He thought that was pretty cool,” Kouplen said.

Kouplen said he asked Musk to come to Tulsa before making a decision and Musk said he would consider it.

“He is extremely passionate about space,” Kouplen said. “He is adamant that we need a person on Mars and need our kids to become inspired by space again the way we were when we were little. He just believes that is very important for the future of our country.”

Tulsa vs. Austin for Tesla: A look at the stats

918-859-4959 All Phases Interior & Exterior Residential & Commercial Improving Northeast Oklahoma area homes for over 40 years. Free Estimates, 100% financing available. Senior & Veteran Discount Why not give us a call, it may cost less than you think! Summer Savings! 30% OFF!