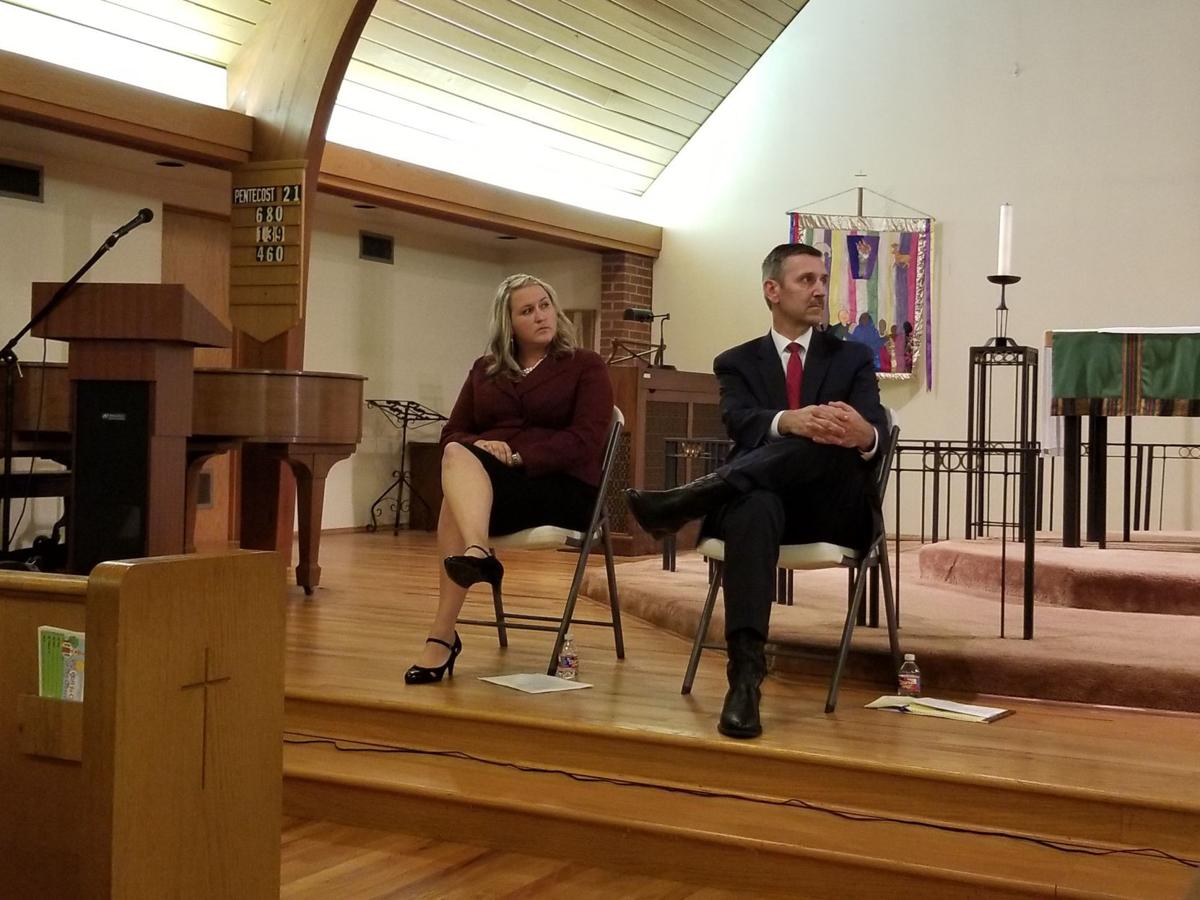 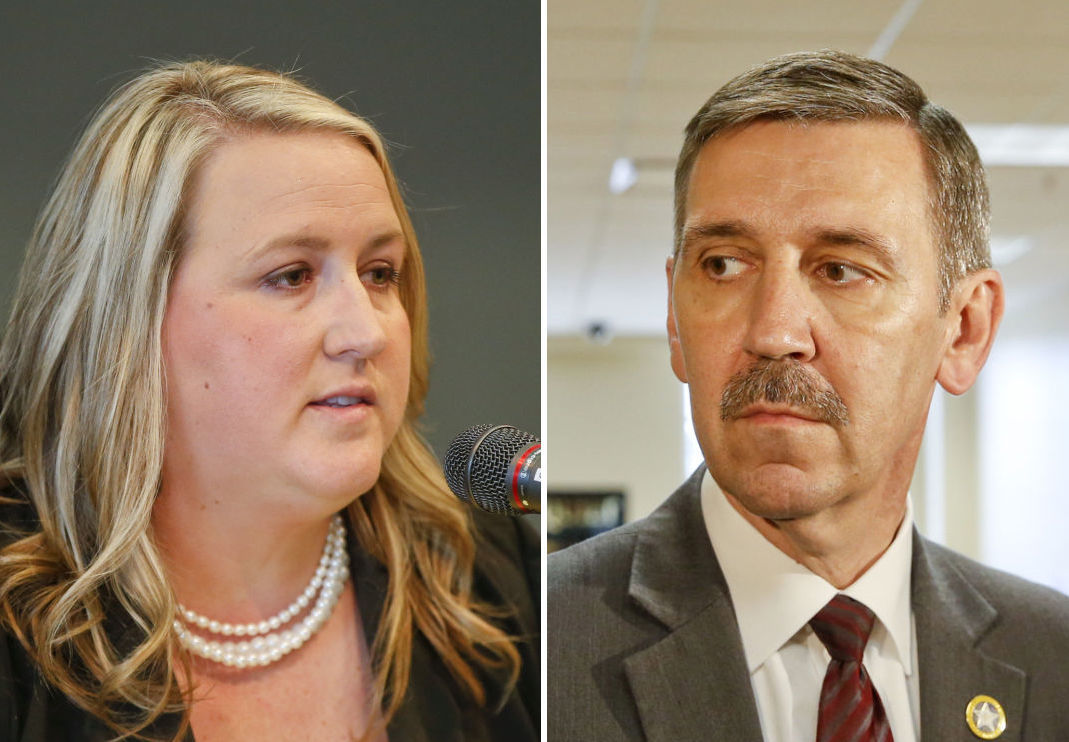 Tulsa County District Attorney Steve Kunzweiler told a packed room at a north Tulsa church Tuesday that his office is a statewide leader in providing alternatives to incarceration.

But his challenger, Jenny Proehl-Day, argued that Kunzweiler’s administration over-prosecutes those accused of nonviolent crimes because he doesn’t meaningfully support localized and proven efforts to keep low-risk offenders out of prison.

Kunzweiler, a Republican, and Proehl-Day, a Democrat, were among the guests of Allied Communities of Tulsa Inspiring Our Neighborhoods during a self-described “accountability session” at St. Aidan’s Episcopal Church.

The group is an advocacy organization that is also hosting events later this month ahead of the Nov. 6 general election for candidates running for statewide office and Congress.

“We’re obviously incarcerating too many people. Otherwise we wouldn’t be the No. 1 incarcerator per capita in the world,” Proehl-Day said. “The belief that we have to charge everybody who is arrested is not what the criminal justice system is for. The criminal justice system is (here) to hold people accountable for their behavior and to make sure that the punishment is equitable to the crime that they committed.”

The audience of more than 100 spectators appeared more ideologically aligned with Proehl-Day’s platform, but some of Kunzweiler’s comments also drew applause, particularly when he called it “obscene” and “immoral” to expect defendants to finance the legal system through payment of fines and court costs.

Kunzweiler’s office receives 45 percent of its funding from the Legislature, while the rest comes from supervision and cost of prosecution fees.

The issue was one of the few areas on which Kunzweiler and Proehl-Day agreed in their responses to 10 questions about issues such as bias in policing, charging decisions and investing in alternatives to imprisonment.

He said Tulsa County’s incarceration rate of 345 per 100,000 people — despite being more than 25 percent lower than the statewide number — is higher than rates for the states of Kansas, Ohio and Texas.

But when asked later whether reform measures such as State Question 780, which reduced simple drug possession to a misdemeanor, should apply retroactively to try to reduce that rate, Kunzweiler said no.

Proehl-Day argued in favor, saying nearly 1,000 people are imprisoned for a crime that if filed now wouldn’t be a felony. She said voters’ support of that law is proof that people no longer want the state to criminalize addictive behavior.

Kunzweiler responded: “Think about the flipside: If our Legislature tomorrow decides that they want to now criminalize and make possession of methamphetamine a felony, should I be entitled to go back … and now charge them with a felony and put them in prison? No.”

Kunzweiler, though, noted that state law has historically been inhospitable to repeat offenders regardless of the offense charged, which can make it difficult to place such people on diversion paths.

Proehl-Day countered that charges should be filed with consideration of their societal benefit, arguing that felony cases and the pretrial detention that comes with them should be reserved for those who are found to be a public safety risk.

She said implicit bias in policing and prosecution decisions have contributed to the “crisis” in the justice system, and she advocated for more case-by-case evaluation of bail amounts so people who aren’t a danger to the public don’t stay jailed unnecessarily.

“We have many laws on the books in the state of Oklahoma that we do not enforce on a regular basis,” Proehl-Day said. “We need to start looking at our community and making a cost-benefit analysis, because right now what we’re doing is tearing our community apart.”

The state health commissioner calls for "working together" to improve health outcomes, though the Tulsa Health Department's executive director says recent history showed the state's reluctance to do just that.