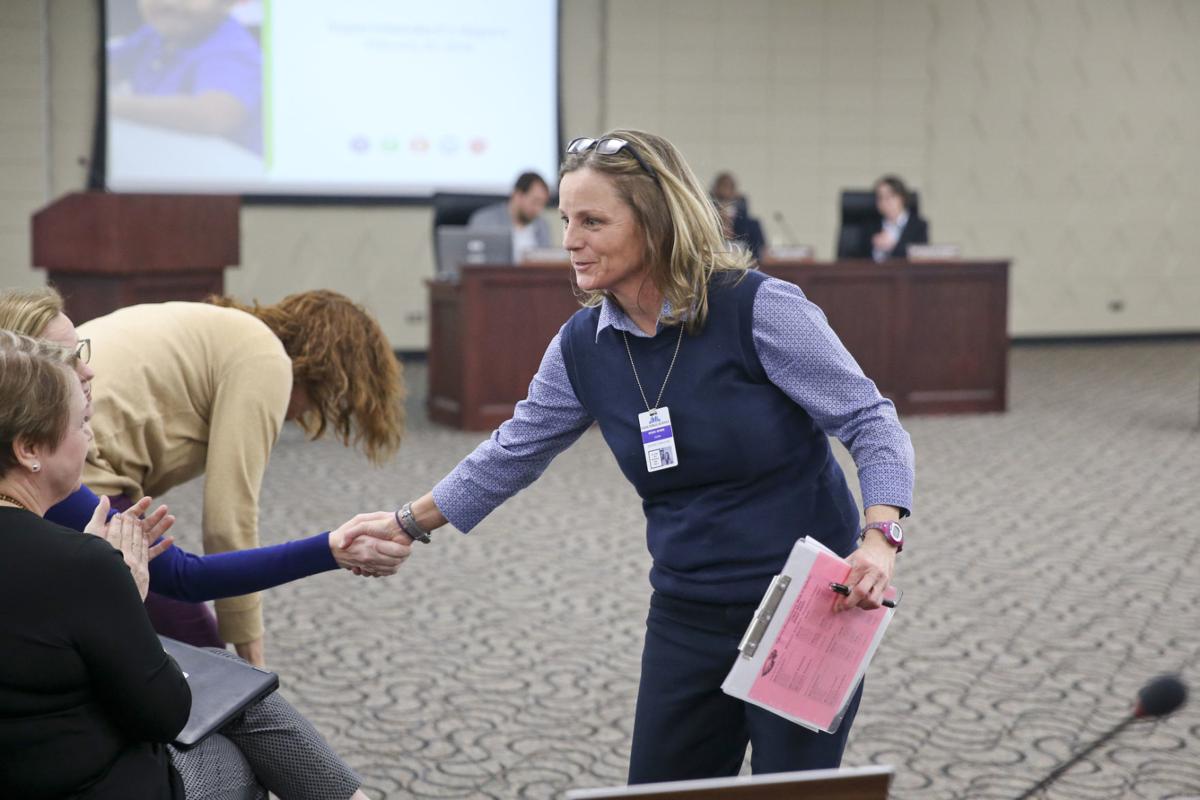 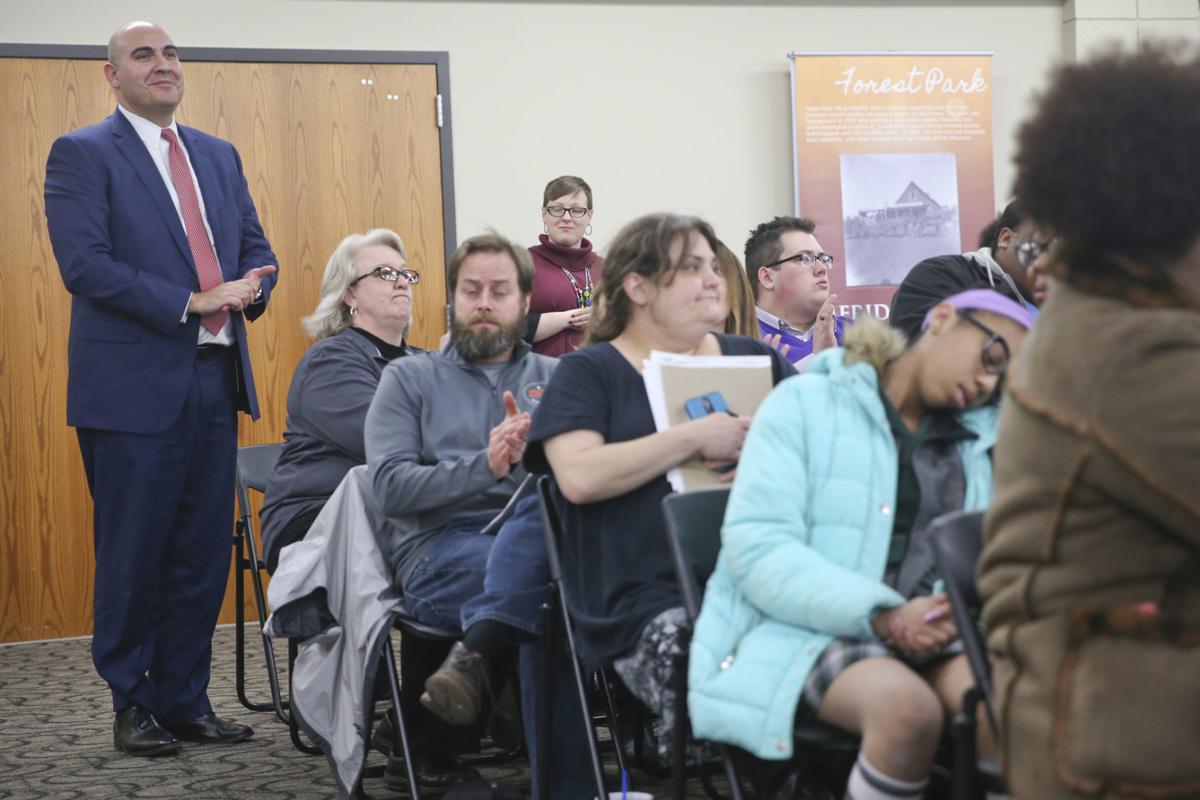 Clay Vinyard, who will serve as interim principal at Edison Preparatory School, stands during a Tulsa Public Schools board meeting on Tuesday. IAN MAULE/Tulsa World 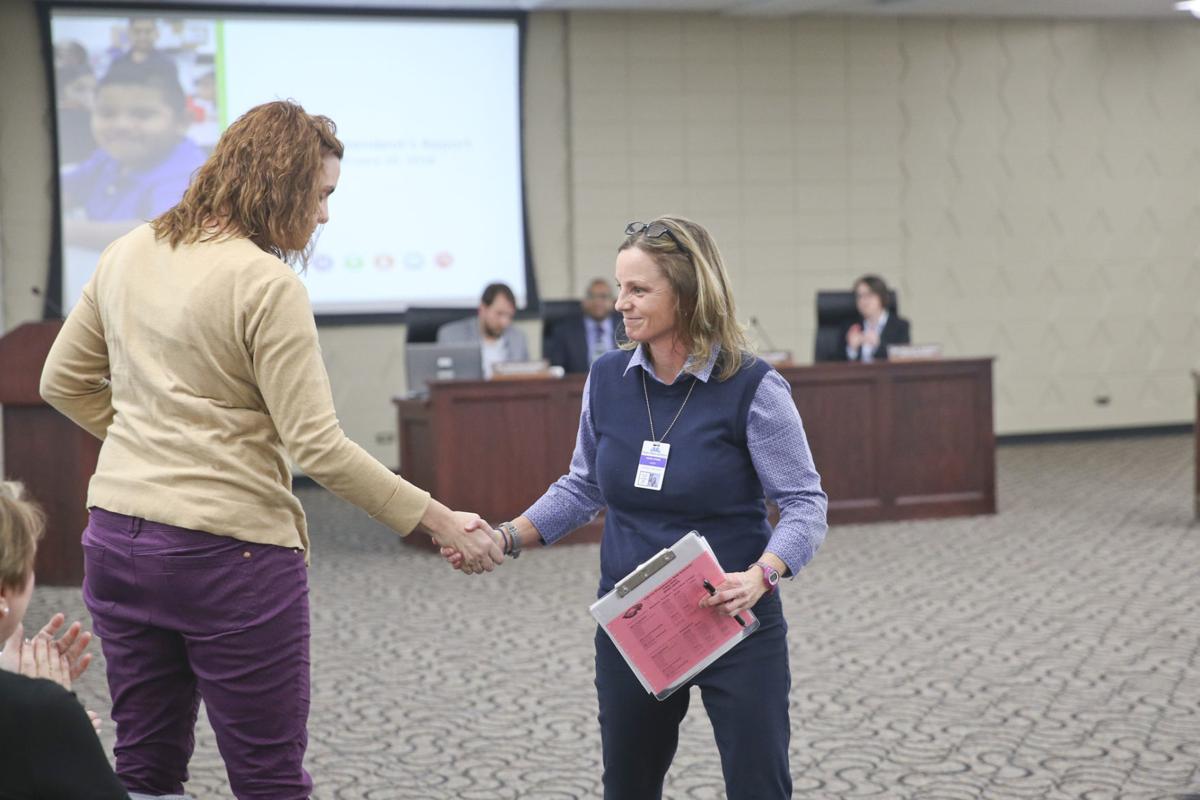 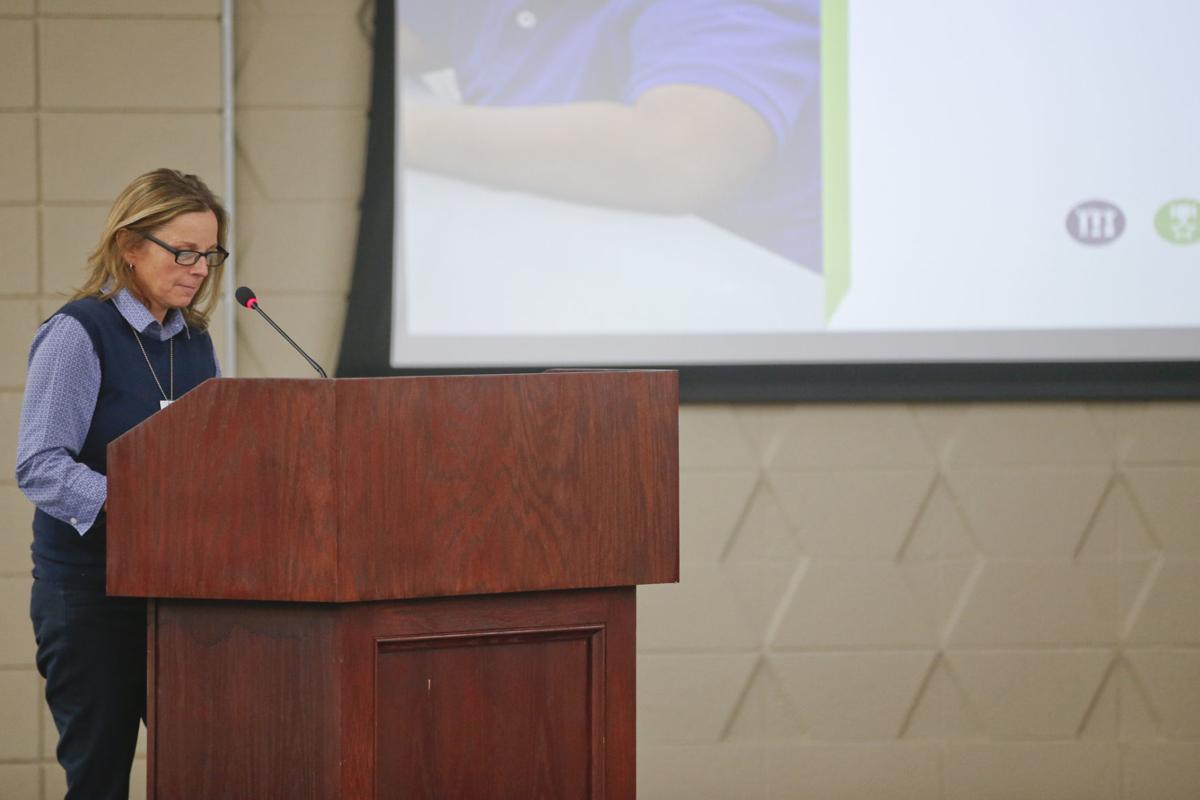 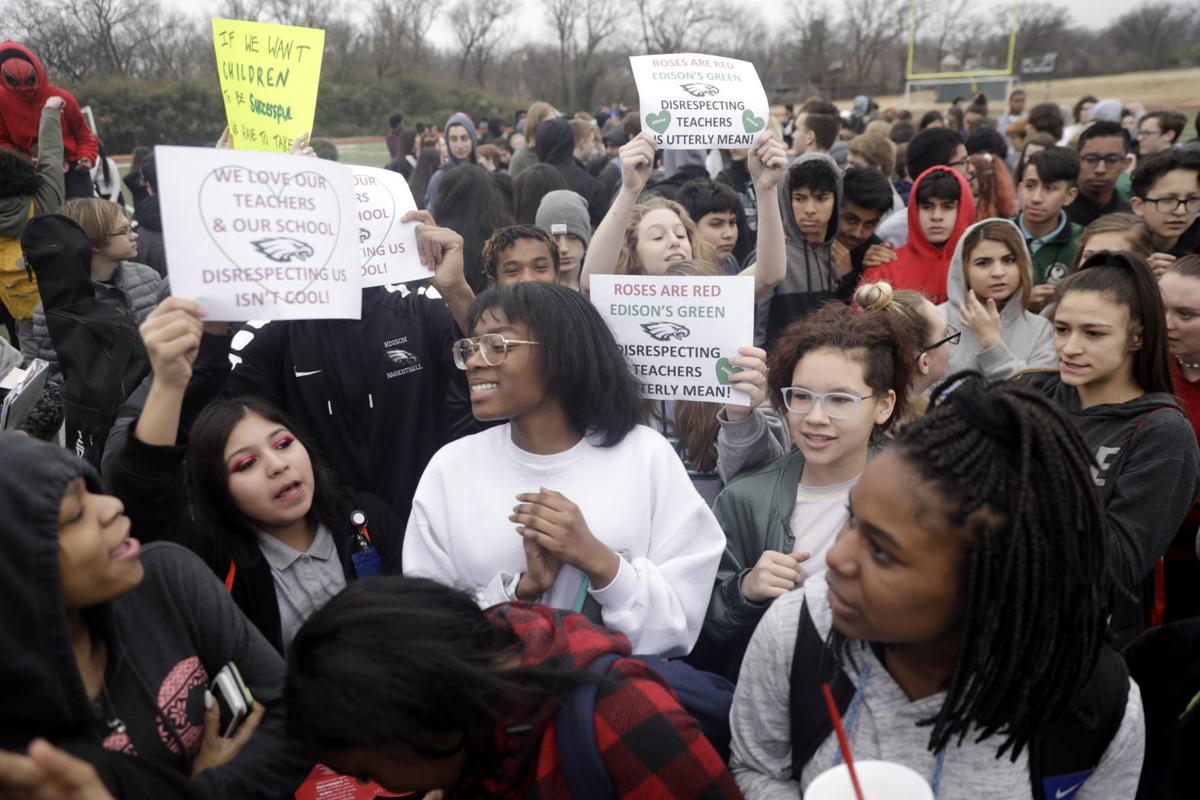 “Based on all of the feedback we have received, Principal Speer and I have determined that a leadership change would be a healthy step at this time,” Superintendent Deborah Gist said in a letter to parents.

“I am grateful to Principal Speer for modeling character, excellence, and team as we worked together to make this critical decision. She, too, wants what is best for Edison.”

“This extended interim period provides time for the community to come together and for Principal Vinyard to work urgently alongside Edison teacher leaders, team members, (Tulsa Classroom Teachers Association), students and parents to develop and implement the necessary tools and strategies to get Edison back on track,” Gist said.

The move comes after weeks of tumult at the high-performing school. Hundreds of students walked out of class last week to protest teacher turnover and deteriorating conditions at the school. Parents, students and teachers delivered a broad critique of Speer and the district at a Tulsa school board meeting two weeks ago.

Those public protests were the manifestation of low teacher morale, high turnover, unclear discipline policy, and what was described as a climate and culture of fear.

The district’s chief executive acknowledged that in her letter, writing, “There are many specific areas of improvement that will be acted upon including improvements to communication and relationships.”

Speer, in an interview with the World, said she and district officials began to discuss making a change last week while she was out sick with the flu.

“If we are going to make our choices based on what’s best for kids, then a change would be best for kids. … We wanted kids to be able to focus on school.”

Speer would’ve done some things differently, including slowing down some of the changes she was attempting to make to the school’s culture and processes, she said.

“I think I would’ve slowed down some of the changes and allow possibly more teacher voice,” she said. Changes she made at the school weren’t “to discount them at all. It was to shield them,” she said.

While those who have advocated for Speer’s removal were pleased with the announcement Tuesday, they noted the broader picture at TPS.

Ronda Falkensten, the Edison PTSA president, quoted what Gist once said about how administrators should support teachers, instead of being held back by them.

Then, Falkensten said, “Tonight I don’t think it’s fair to say we have all worked as a team; however, we all did work towards the same objective — improving the opportunity for our students to focus on learning.”

Some of the angst about Edison has come from district-wide discipline policy and opposition to it.

“We must recognize that there are not one-size-fits-all solutions and (that) top-down directives from the (Education Service Center) are not the answer,” said Falkensten. “Solutions must be tailored for the unique needs of each school community.”

Falkensten said Tuesday night that “we are looking forward to working with the interim principal and to give him the opportunity to make the proper changes at Edison. Our mission starting today is to help him succeed during this transition.”

Clay Vinyard, who will serve as interim principal at Edison Preparatory School, stands during a Tulsa Public Schools board meeting on Tuesday. IAN MAULE/Tulsa World