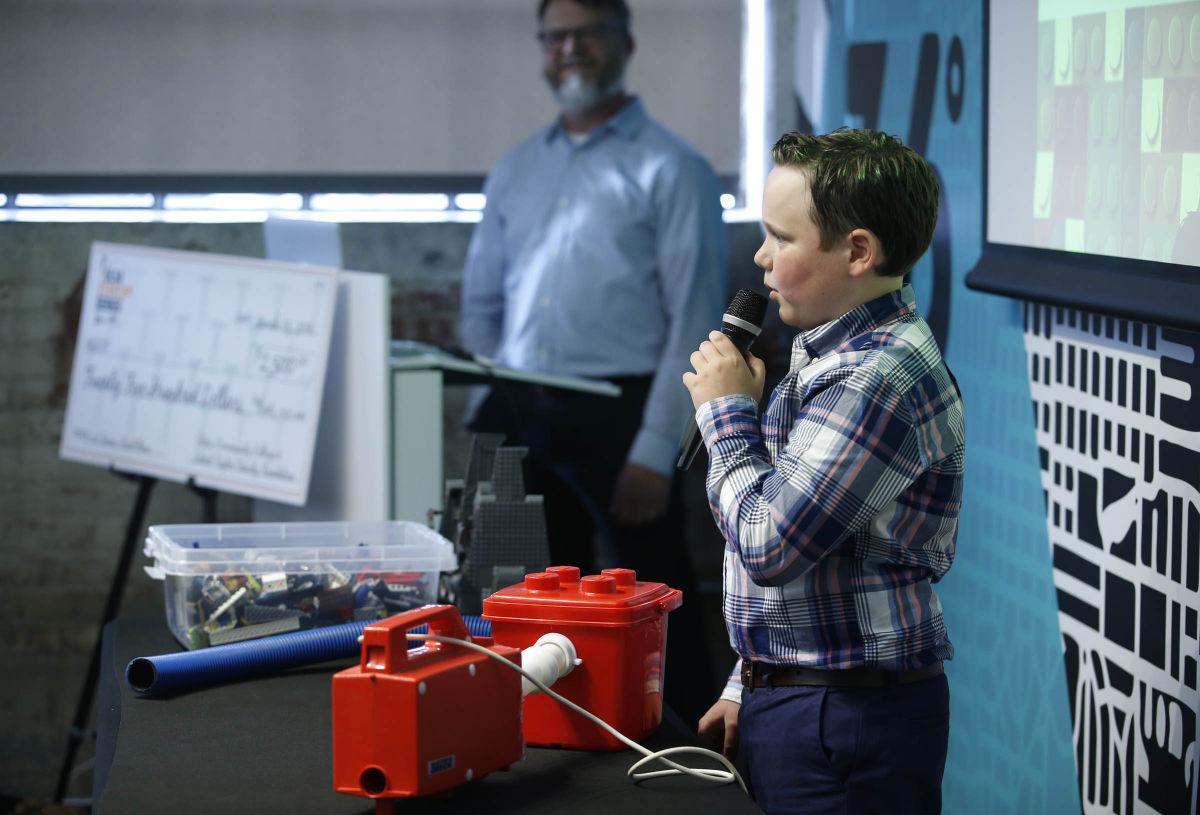 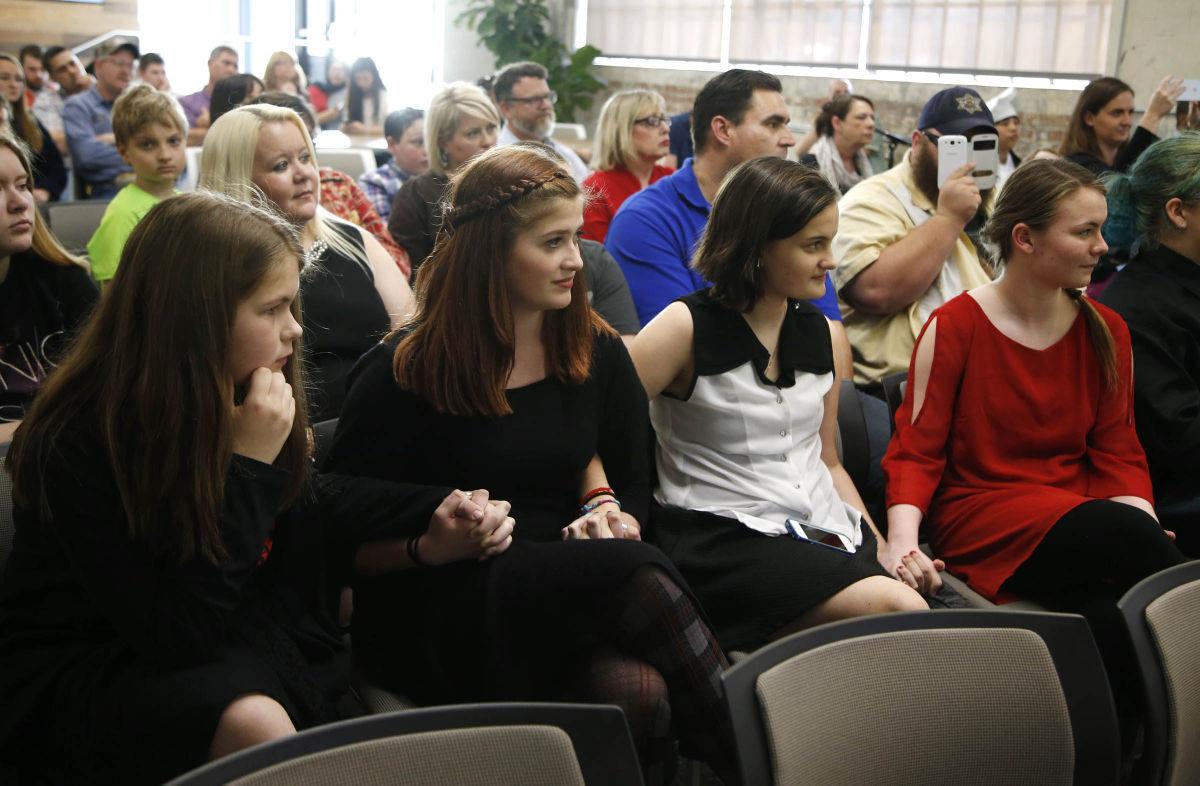 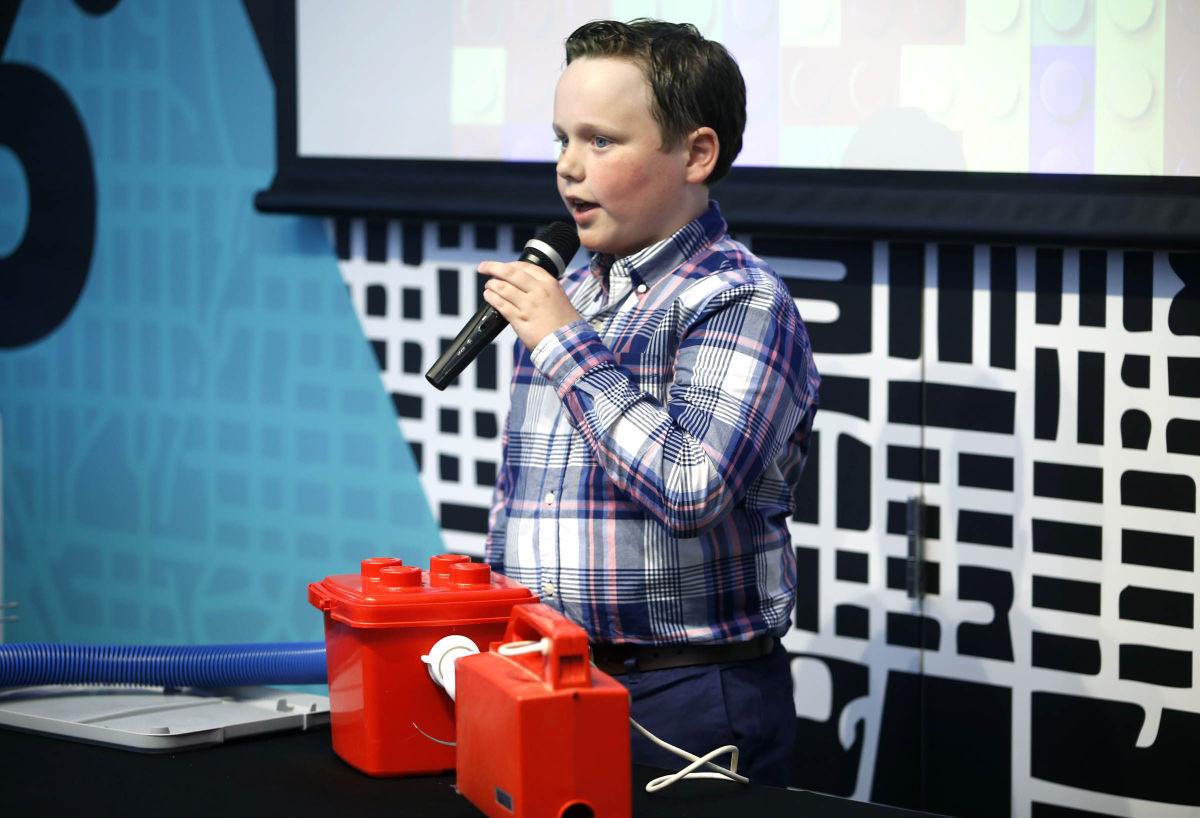 It started out as a project for an “invention fair” at his school when Gabe Dougherty was in the second grade. A teacher had encouraged each student to come up with an invention that would “make the world a better place.”

Now Gabe, a fourth-grader at Lee Elementary School, has won $2,500 through the Tulsa StartUp Series for his LEGO vacuum invention.

“I was like, ‘Oh, my gosh!’ ” Gabe said about the moment the judges announced the result at the competition Wednesday evening. “I jumped up and I yelled, ‘I can’t believe I won!’ ”

The 10-year-old said he was a little reluctant to enter the competition, but that his father was able to persuade him.

Wednesday’s competition was specifically geared for students in kindergarten through 12th grade. It is one of a series of competitions by the Tulsa StartUp Series, which include categories for technology and apps, food and retail, and other business sectors.

As the winner, Gabe was awarded several prizes, including $2,500 to advance his business idea and a mentor who will help him with his project weekly for at least three months.

He also received a three-month membership to 36°North, which is referred to as a “basecamp for entrepreneurs.” It has more than 11,000 square feet of work, collaboration and event space, and it aims to help startups find the resources they need to succeed.

The series features pitch competitions categorized by business segment and culminates with Demo Day during Global Entrepreneurship Week in November. The Pitch Series winners get an automatic bid to compete at Demo Day, where the winner receives $15,000, a yearlong membership to 36°North and a dedicated mentor.

Autumn Worten, chair of Tulsa StartUp Series, said the competition is a “re-imagined” form of what began in 2007 as the Tulsa Entrepreneurial Spirit Award and later became the TCC StartUp Cup.

Gabe’s invention consists of a plastic bin car, a tube and a vacuum device. The idea is for the vacuum to suck LEGOs and other small toys directly into a bin for easy cleanup.

Gabe said he has been using the invention at home.

As part of his pitch to judges, Gabe talked about his licensing plan for the device — to first get a license from the LEGO Group for a special LEGO vacuum, and then create a non-LEGO version for other small toys and such things as beads.

Gabe said the prize money will go toward hiring a patent attorney for his design. He’ll spend time at 36°North with his mentor doing research and creating a prototype of the device.

Sarah Dougherty, Gabe’s mother, said her son has worked hard on the invention.

“We were just thrilled to pieces for him,” she said about Gabe’s win. “It was a wonderful day for our family.”

Worten said the newly designed competition, based on feedback from previous competitors, is shorter and offers more entry points and a more diversified prize package.

The pitch that’s directed specifically toward students is meant to create opportunities for kids to learn about innovation, Worten said.

Tulsa StartUp Series is about finding people who have the ability to take an idea and execute it, she said.

“We encourage them to use what it takes to build their business.”

Skiatook Public Schools announced Tuesday that all of its campuses will be closed Wednesday, Thursday and Friday and will not offer virtual instruction. #oklaed

Numerous districts across the state announced that they could no longer sustain in-person instruction with the latest numbers of children and employees absent because of COVID and other seasonal illnesses. #oklaed

With more than 700 employees calling in absent Friday, Broken Arrow Public Schools announced it would keep all campuses in distance learning through Jan. 21.

With Stillwater’s announcement Thursday afternoon, 17 of the state’s 20 largest traditional public school districts will have at least one campus either in distance learning or completely shut down Friday due to staff and student absences. #oklaed

With 145 teachers already slated to be absent Tuesday, officials with Union Public Schools announced Sunday evening that all campuses will be in distance learning Tuesday and Wednesday. #oklaed