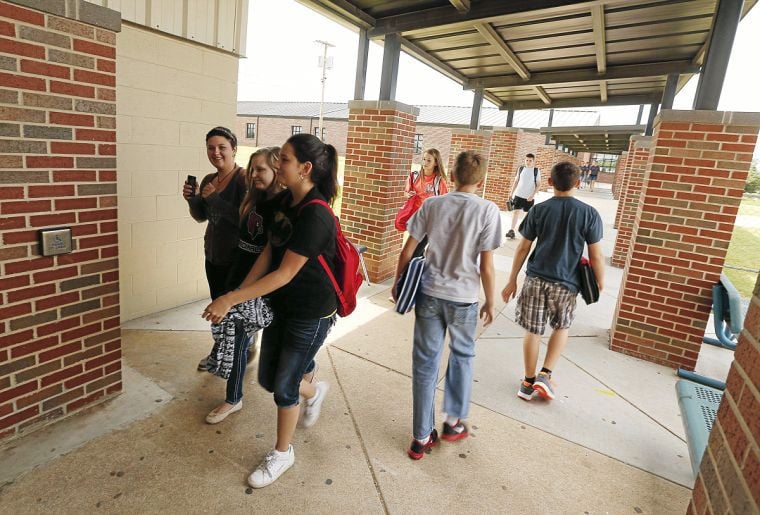 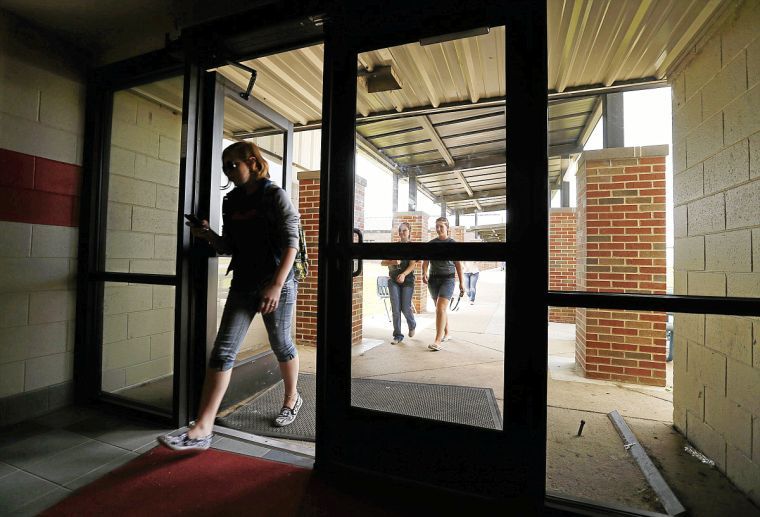 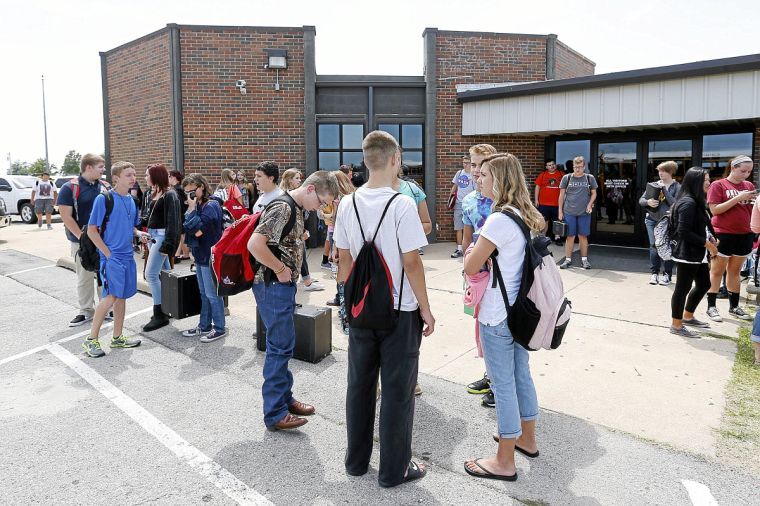 Read all the ‘Inside an ‘F’ school’ stories on our page dedicated to the project.

A new survey conducted by the Oklahoma State School Boards Association during the first two weeks in August found public schools were still grappling with more than 800 teaching vacancies for the 2014-15 academic year.

Districts representing nearly three-fourths of the state’s public school enrollment completed the survey, which illustrates the toll of a statewide shortage that has worsened significantly the last couple of years.

“Local school officials have been saying for awhile that finding qualified teachers is difficult,” said Shawn Hime, executive director of OSSBA. “This survey put actual numbers to the problem — and the results should concern every parent and policymaker in the state.

“Having a highly qualified teacher in every classroom is the most effective strategy for academic improvement, but as a state, that’s not where we’ve chosen to invest our time, energy or resources. It’s short-sighted because it limits the effectiveness of any other plan Oklahoma puts in place.”

The Tulsa World reported July 30 that Tulsa Public Schools alone had 100 vacancies on the books. As of Monday, that number had been whittled down to 70, according to Chris Payne, a TPS spokesman.

Other findings from the OSSBA survey include:

• More than half of districts with vacancies said they have sought emergency certification for teachers who aren’t fully qualified to teach the subject and/or grade level for which they were hired.

• About half of the districts also said they will use long- or short-term substitute teachers to fill vacancies.

• Many districts that reported no vacancies said they have hired short- and long-term substitutes in place of full-time teachers.

• The shortage is hitting districts of all sizes in every area of the state.

• A handful of districts offer incentives to improve teacher recruitment and retention, but most districts do not, citing financial constraints.

• Not only are local school officials deeply concerned about the scarcity of applicants, but also they are worried about the quality of educators who do apply.

OSSBA also said that public schools are also on track to get more emergency teaching certificates approved by the state board of education in the first two months of the fiscal year than they did all last year. Hiring teachers who have not completed all of their education requirements is another signal of the dire straits in which school districts are finding themselves.

Patti Ferguson-Palmer, president of the Tulsa Classroom Teachers Association, said having so many vacancies creates a burden for teachers who are already on the job.

“Everybody is scared to death of class sizes,” she said. “I don’t know where they’re going to get enough long-term subs.”

Ferguson-Palmer said she even warned against some of the forced exits of TPS teachers she said were rated “needs improvement” not the lower “ineffective” on evaluations last year.

“They cut their own throats. Set the bar high, but these were people who just needed a little more support and professional development,” she said. “We did a climate survey of members in May that asked, ‘Do you feel valued by the school district?’ and the response overwhelmingly was ‘No.’ ”

Talia Shaull, chief human capital officer at TPS, said the school district is “diligently working” to fill the vacancies and to ensure they have sufficient substitutes to cover on the first day of school, which is Wednesday.

She said applicants for special-education classes are the most scarce. Currently, the district has 18 such vacancies.

Shaull also said the exit of about 350 teachers the last couple of years is average for a district of Tulsa’s size, as is the 60-65 terminated or coached resignations and retirements for performance reasons in 2013-14.

“For some, performance is the reason, but for many others, the reason they leave is to go to surrounding districts. Moving forward, we have to work on retention. We can’t talk about recruitment without also talking about retention,” Shaull said. “How do we improve working conditions and support for teachers, as well as helping them create a career path for themselves so they want to stay in TPS?”

“For some of these subject/grade areas, we have multiple openings,” said Cynthia Solomon, senior executive director of human resources at Union.

Broken Arrow has seven vacant teaching positions and classes begin there on Thursday.

District officials said their overall number of applicants hasn’t decreased because BA is a popular suburban district, but they have had particular difficulty filling special-education and science positions.

“Science teachers need different certification exams in almost every content area, so it’s a little bit more difficult to find that teacher who can teach almost anything in science. It’s the same problem in special ed. There are special-ed applicants out there, but special ed is so specialized that it is that more difficult to find a teacher with the particular qualifications you need,” Assistant Superintendent Janet Dunlop said.

And Spanish students at the high school there are having to either take an online course or earn their foreign language credits concurrently with coursework at Tulsa Community College because the district was unable to find a Spanish teacher.

“This year has been by far the worst,” West said. “I’ve noticed other districts offering incentives but we just can’t afford that. I would give anything to be able to do that.”

In Skiatook, Superintendent Rick Thomas said the high school and middle school have had to get creative to address each of their vacancies.

“We have moved some of our staff around at the high school and have hired a long-term sub to cover another position to try to get a certified person in the math class,” Thomas said. “At the middle school we are hoping to hire a retired teacher on a temporary contract (for a vacant language arts position).”

Jenks Public Schools hired eight qualified candidates as substitutes because they are still waiting for the Oklahoma State Department of Education to issue teaching certificates for them.

“Saying that, the number of applicants we have received has decreased in all areas, making positions more difficult to fill,” said Bonnie Rogers, chief information officer at Jenks.

Sand Springs Superintendent Lloyd Snow said his district was down to the wire trying to fill 54 new teachers – about 15 more than usual because of an uptick in retirements and resignations.

“We filled our last certified teaching position yesterday. We start school tomorrow with a full teaching staff,” Snow said. “The pool of people is smaller than ever before and we spent more time actively recruiting applicants.”

• The lack of reciprocal agreements between Oklahoma and contiguous states for teacher and administrator certifications.

• The unavailability of certification test results until after the school year has begun.

• Teacher compensation packages that allow districts to successfully compete with other states and other professions.

• Restrictions on the earnings of education retirees who want to return to the profession, particularly in hard-to-fill positions.

• The dearth of early childhood-certified teachers to staff the growth of full day pre-kindergarten and kindergarten programs.

• Incentives to increase recruitment of students into colleges of education and to keep college graduates teaching in Oklahoma public schools.

Tulsa Public Schools officials announced in March that the school would be one of three in the city to do a faculty "restart" before 2014-15. The result was that only 10 of the 40 teachers who worked there last year remain.