Thanks for reading! Log in to continue.
Enjoy more articles by logging in or creating a free account. No credit card required.
Log in Sign up Subscribe
You are the owner of this article.
Edit Article Add New Article
You have permission to edit this article.
Edit 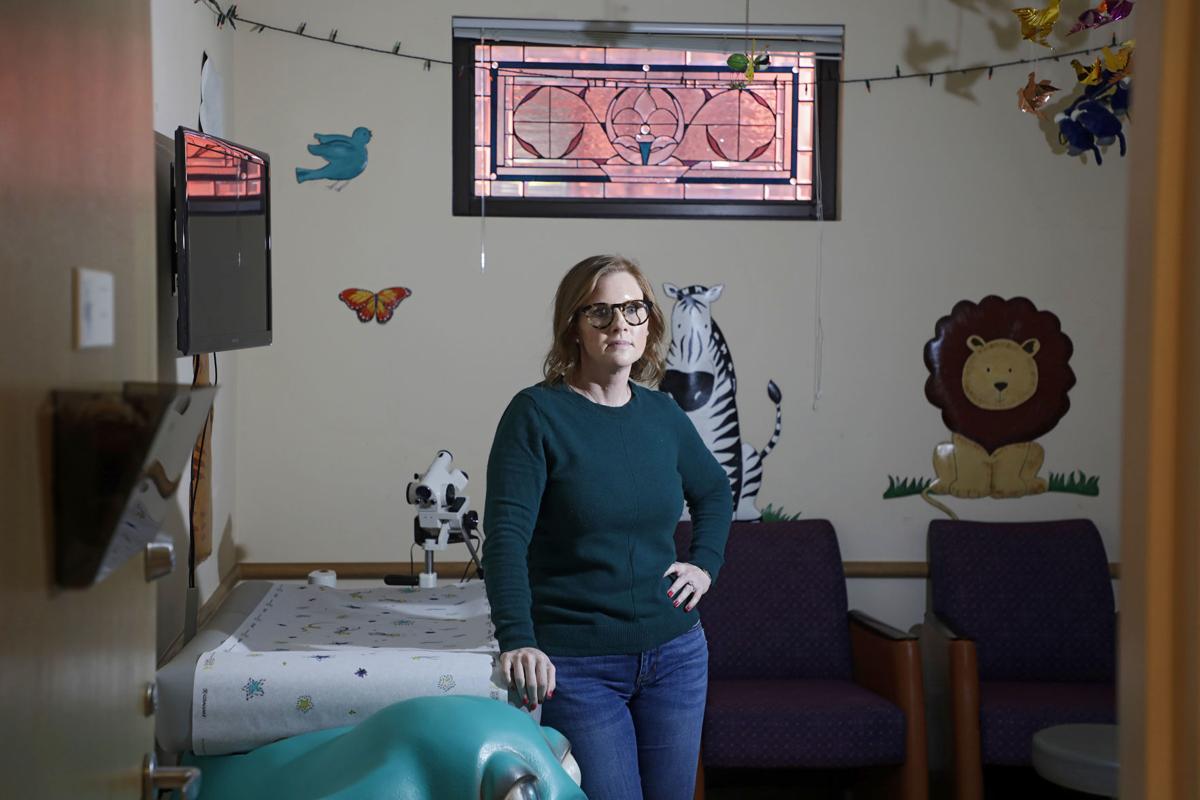 Maura Guten, president and CEO of the Child Abuse Network, was a CASA volunteer when she met two sisters, one 13 and one 14. They were her first case. Guten has maintained their relationship for 20 years. The women are both doing well, dealing with aspects of daily life. MIKE SIMONS/Tulsa World 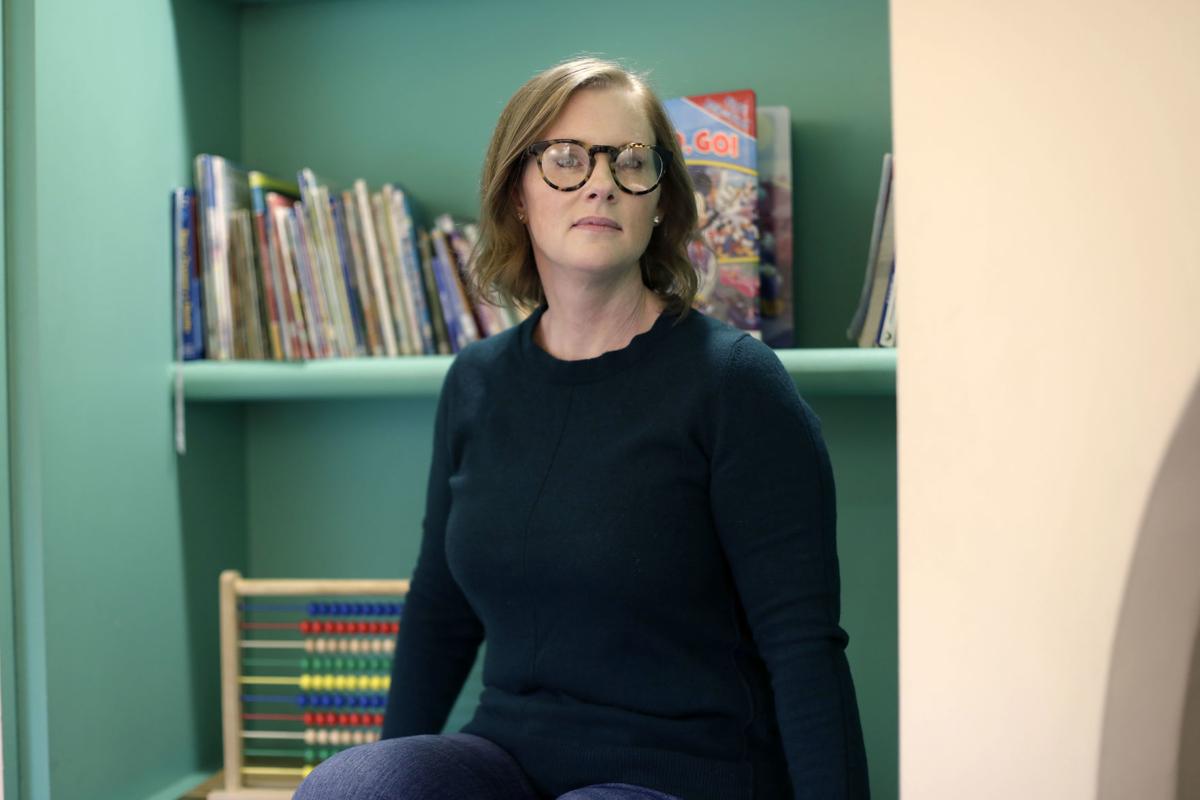 Maura Guten, president and CEO of the Child Abuse Network, was a CASA volunteer when she met two sisters with whom she’d have a 20-year relationship.

Maura Guten didn’t encounter much adversity growing up, but others in her life did. Her parents were impoverished in Ireland. Her University of Tulsa roommate experienced abuse and neglect as a child.

Guten’s parents emigrated to the U.S., made a family and modeled service to their children. Guten’s roommate tore through TU classes during the week and Tulsa police reserve training on weekends.

That made an impression on Guten. When her TU sorority partnered with Court Appointed Special Advocates (CASA), a program that champions traumatized or neglected children caught up in the court system, she seized the opportunity.

“I was almost 22 when I went through the training,” said Guten, now president of Tulsa’s Child Abuse Network. “I remember being scared. ‘Gosh, I don’t know if I can do this. I’ve never had kids.’ They encouraged me and said, ‘Listen, these kids just by virtue of having an advocate assigned to them will have better odds in life than any kid who doesn’t have a CASA volunteer.’ ”

Guten completed the program and took her first case.

“Thirteen- and 14-year-old sisters,” she said “They were street smart. They did not have parents around, and the 14-year-old had a 6-week-old baby when I became their advocate …

“The girls had lived in a filthy hotel room for a time. Their mom was manufacturing drugs. There were some seedy people there. Some men were trying to get one of the girls to drink alcohol and take her clothes off and things. She said she was going to use the restroom and took the phone in there. She can still describe the phone call to me.

“She pulled this phone with a really long cord into the bathroom and called her dad, who wasn’t around. She remembered his number and said, ‘Dad, I’m scared. Will you come get me?’ He said, ‘I’m sorry honey, I can’t come right now, but I promise as soon as I get time I’ll come visit you.’ ”

Guten heard stories like that, trashed any notions of fear and pledged she would be there. She was there, all right.

“In Tulsa, they ask CASA advocates people to stay on for at least a year,” she said. “A lot of cases in Tulsa County last about two years. Some of them are longer, some are shorter.”

The 13- and 14-year-old girls Guten encountered when she completed training are now 33 and 34. They are both doing well, Guten reported, kept busy by marriages, children, jobs and the ups and down of everyday life.

They still see their CASA advocate.

“Maybe seven or eight years ago, the older sister, she and I were speaking at an event,” Guten said. “When she got up on stage, it was the first time I heard her speak publicly about her experience having an advocate. She said, ‘Maura was always there.’

“It wasn’t something that I did actively. It was something I just did by virtue of being there. That was the key. Always being there. In fact, I’m going to Arkansas Monday to see her. Something came up at work, and I’ll have to ask to have that rescheduled.

“I thought this morning, ‘Oh, she’s an adult. She’ll understand.’ Then I was like, ‘No, I was always there. I promised her I’d always be there.’ I still need to always be there for her.”

Be a CASA volunteer

Court-appointed special advocates (CASA) are appointed by a judge to advocate for an abused or neglected child in court. Volunteers help judges get a better understanding of each child's situation, which makes for a more well-informed decision for each child.

Training: Volunteers receive 30 hours of training and an additional 12 hours a year of in-service training.

Time commitment: Volunteers make a 1-year commitment to their case and typically spend 10-15 hours per month working on their case.

Qualifications: Must be 21 years old with no felony convictions. No experience required.

Scientists know how to counteract harm imparted by ACEs, which is especially critical early on because rewiring the brain becomes increasingly difficult as time passes.

PACEs — Protective and Compensatory Experiences — are known to act as buffers or insulators against trauma, as well as promote healing.

Most prominent is the unconditional love of a parent or mentor — like a coach. Other therapies include strengthening relationships, mindfulness, exercise or physical activity, and hobbies or clubs.

Maura Guten, president and CEO of the Child Abuse Network, was a CASA volunteer when she met two sisters, one 13 and one 14. They were her first case. Guten has maintained their relationship for 20 years. The women are both doing well, dealing with aspects of daily life. MIKE SIMONS/Tulsa World

Maura Guten, president and CEO of the Child Abuse Network, was a CASA volunteer when she met two sisters with whom she’d have a 20-year relationship.