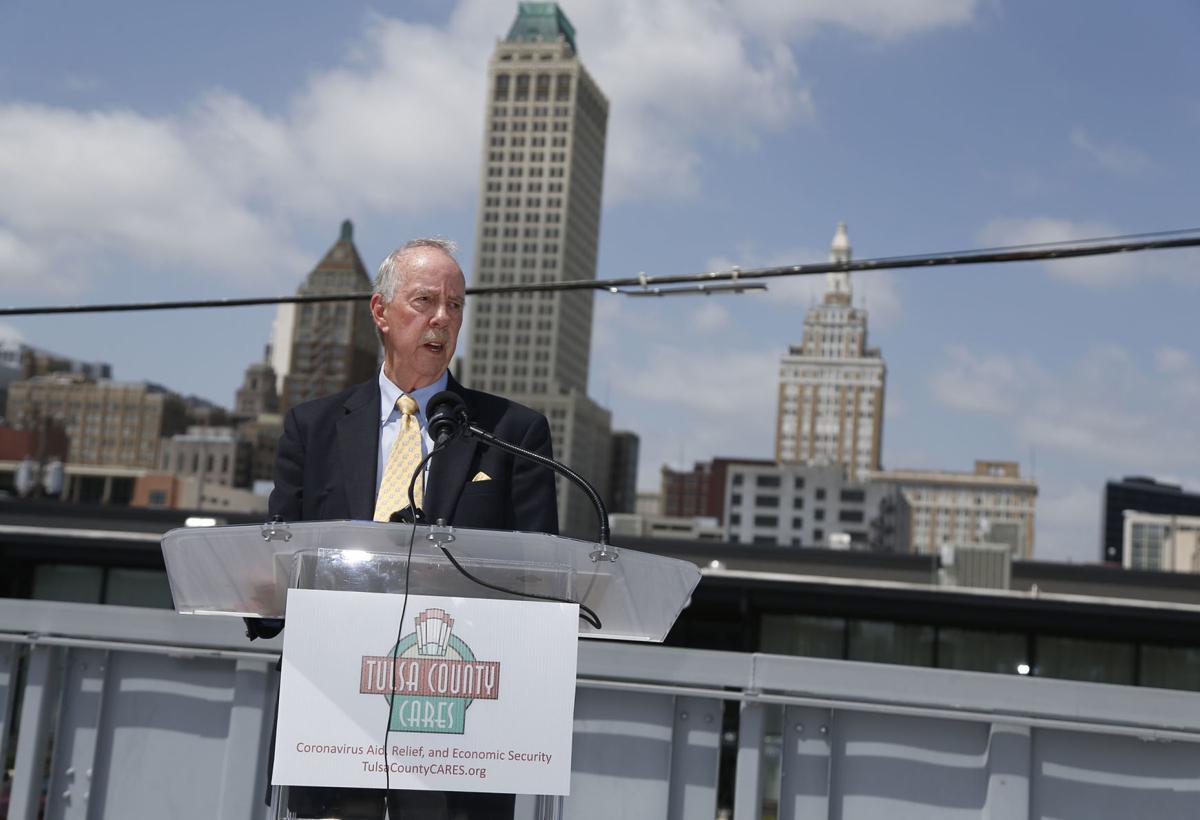 Tulsa County Commission Chairman Ron Peters recently announced the distribution of the CARES act funds to small businesses. On Monday, the commission OK'd an initial grant of $3 million in CARES funding for a rental assistance program that will begin in late August. STEPHEN PINGRY/Tulsa World file 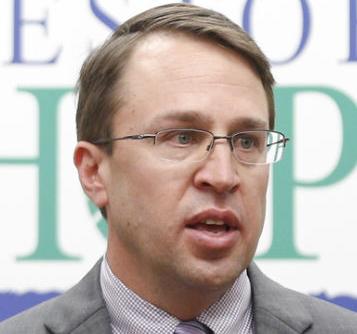 With local officials bracing for a huge wave of new eviction cases now that a federal moratorium has expired, roughly one in eight renters in Tulsa have fallen behind on payments during the COVID-19 epidemic, according to a recent survey.

Tulsa residents will need more than $7 million in rental assistance by the end of September to avoid an unprecedented eviction crisis, according to the survey of local landlords conducted by Housing Solutions Tulsa, an agency that works to prevent homelessness.

In a sample that represented more than 8,200 rental properties, more than 1,000 households, or about 13%, had fallen behind on rent.

Meanwhile Monday, Tulsa County commissioners approved an initial $3 million for a rental assistance program that will begin in late August and offer direct assistance to about 1,000 households per month to help catch up on overdue rents. The funding is from the federal CARES Act, which is being distributed locally.

A federal moratorium had prevented evictions from being filed in court in recent months on rental properties with government-backed mortgages. But that moratorium expired over the weekend, allowing landlords to give a 30-day notice to collect on overdue payments. After that, Tulsa could see a giant surge in eviction filings, officials said.

“It will take a coordinated, shared effort to prevent this potential eviction crisis,” said the Rev. Jeff Jaynes, executive director of Restore Hope Ministries, a charity that helps people who face eviction.

Agencies need to work with both landlords and tenants to ensure that property owners get the money owed to them while renters can also stay in their homes, Jaynes said.

“Leveraging mediation and ensuring landlords and tenants can access relief funds is critical to keeping Tulsans safe and our economy stable,” he said.

“Oklahoma’s lawyers display the finest of the Oklahoma Standard in serving their neighbors and communities every day,” said Oklahoma Bar Association Executive Director John Morris Williams. “We are confident they will step up to the challenges facing our state and assist with these new efforts in the coming months.”

The other two were trapped in a shaft about 80 feet below the top of the dam, a GRDA spokesman said.

Police said a Dunkin' store employee fatally punched a 77-year-old customer in Florida after the employee said the man repeatedly used a racial slur against him.

First District Congressman Kevin Hern gets out of the hamburger business

Hern said Thursday he's sold the last of the franchises that made him a millionaire, moved him to Oklahoma and helped propel him into Congress.

OKLAHOMA CITY — Gov. Kevin Stitt on Monday signed a bill that makes it a misdemeanor to honk at a bicycle or at an animal-drawn vehicle.

Tulsa County Commission Chairman Ron Peters recently announced the distribution of the CARES act funds to small businesses. On Monday, the commission OK'd an initial grant of $3 million in CARES funding for a rental assistance program that will begin in late August. STEPHEN PINGRY/Tulsa World file