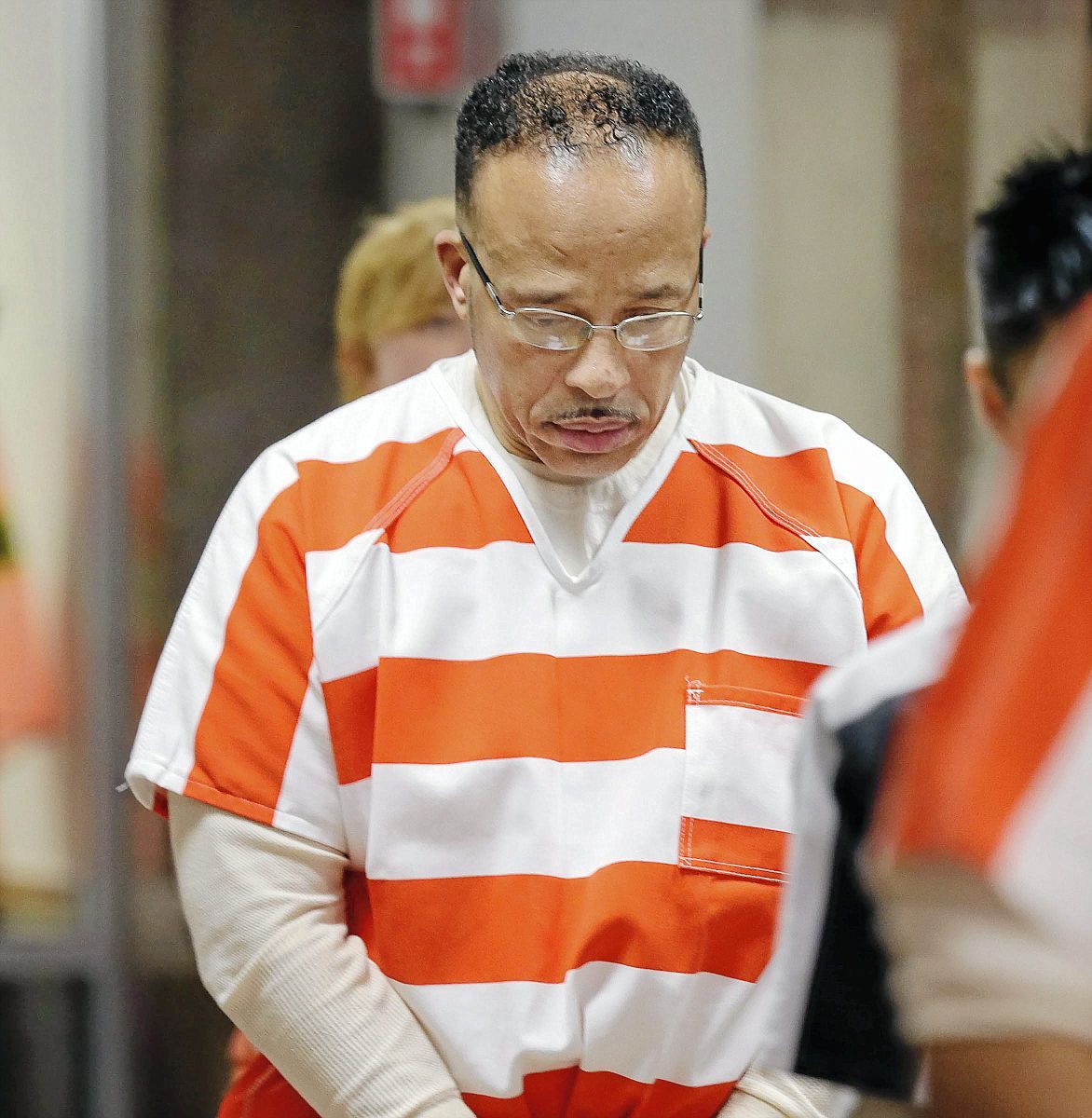 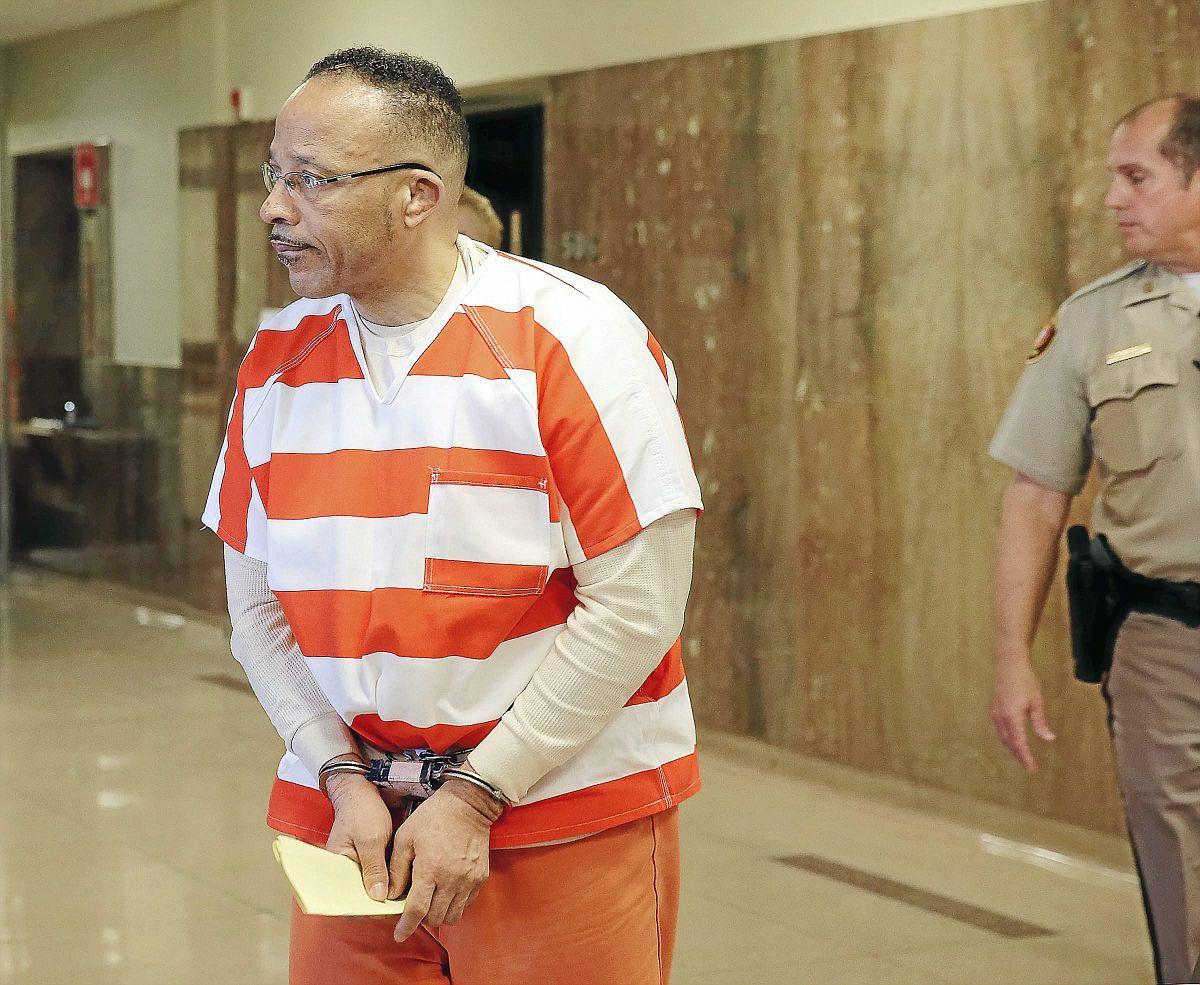 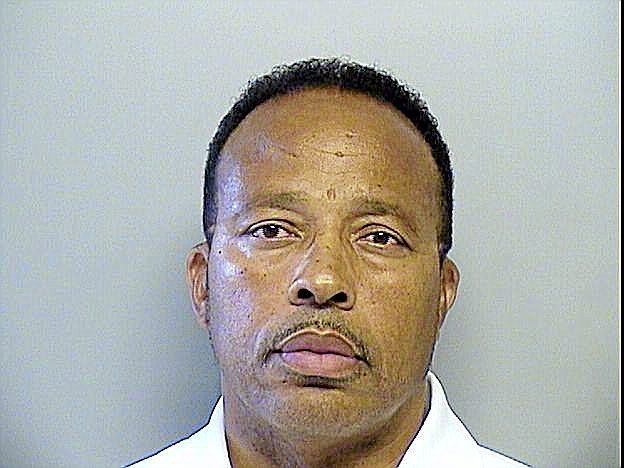 A former Tulsa church pastor apologized to his victim and asked a Tulsa County district judge for mercy Monday before the judge sentenced him to seven life terms, one for each count of child sex abuse with which he was charged.

The prison terms will run concurrently for Gregory Ivan Hawkins, 56, who was convicted Monday of sexually abusing and impregnating a teenage girl.

Hawkins pleaded guilty to two of the counts and no contest to the others on June 15, and District Judge James Caputo found him guilty of all seven following a presentencing investigation conducted by the state Department of Corrections.

A 15-year-old girl told Tulsa police that the sexual contact with Hawkins began in March or April 2012, when she was 14, and recurred for about a year.

The girl told police that Hawkins was the father of her then-unborn child, and they arrested him on June 24, 2013.

According to a police affidavit, the girl told police Hawkins had sex with her at Zion Plaza Church, where he was a pastor, as well as at his home, at hotels and at parks.

Hawkins was also the owner of the Zion Child Care & Learning Center at the same location, 612 E. 46th St. North, at the time of his arrest. He was banned from the center after Department of Human Services staff visited the facility the day after his arrest.

When Hawkins addressed the court at his sentencing hearing Monday, he asked Caputo for a second chance, saying he isn’t a threat to society and that his “bad decision” followed no history of violence but rather years of helping people.

“I’m not on trial to contest what’s been said today, but I want to say that I’m truly sorry,” Hawkins said.

He told the court that the 20 months he’s spent in the Tulsa Jail have “humbled” him, giving him a “hatred for wrong and sin” and opening his eyes to see how important it is that he does right.

“If jail doesn’t wake you up to change your life, then nothing will,” Hawkins told the court.

Court records show that Hawkins waived his right to a trial in that case and is set to enter a plea Sept. 9.

Hawkins’ attorney James Goodwin told the court that Hawkins’ crime was “reprehensible,” but he emphasized the findings and recommendation of the investigation report.

Caputo said a “moderate sentence” didn’t make a “lick of sense” and sentenced Hawkins to life in prison with the opportunity for parole after serving at least 85 percent, or 38 years, of his term.

While Hawkins’ criminal case has been resolved, the girl’s mother is still waiting for a conclusion to a civil suit she filed against Hawkins, his church, the Department of Human Services and several DHS employees.

In a petition filed in April 2014, the victim’s mother accuses DHS of failing to take prompt action to protect her daughter after receiving notice of Hawkins’ sexual abuse and instead of continuing to permit him to have unsupervised contact with her while she was in DHS custody.

The victim was placed in the care of a temporary foster parent who was employed by Zion Fellowship Ministries, which resulted in Hawkins’ using “his position of authority over (the foster parent) to manipulate her to obtain unsupervised contact” with the victim despite previous orders prohibiting contact between them, the lawsuit alleges.

The petition states that DHS failed to inform the foster parent of the orders concerning Hawkins.

The petition also alleges that DHS later failed to intervene when school officials informed a DHS supervisor of reports the victim made to a school social worker about Hawkins’ sexual abuse.

The girl was removed from the foster home 11 days after the school made the report, according to the document.

DHS spokeswoman Sheree Powell said soon after the suit was filed that the agency “disagrees with the allegations being made in this suit and will vigorously defend the agency and its employees named.”

The lawsuit seeks compensatory damages in excess of $1 million, unspecified punitive damages, attorneys fees and litigation expenses, interest and “any other relief justified by the facts and law.”

The lawsuit was transferred to federal court in May 2014, where the case is awaiting a judge’s ruling on a motion to dismiss the case on procedural grounds, said Richard Freeman Jr., the defense counsel for DHS.

The 10th U.S. Circuit Court of Appeals has ordered Southeastern Oklahoma State University to reinstate with tenure a transgender professor who was fired after an administrator said her “lifestyle” offended him.

Steven Sinclair was shot in his lower torso when he reportedly was with a group of young men who aimed to shoot and kill someone else outside a home in Turley on the night of Aug. 29, prosecutors allege in court documents.

Under a plea deal, Carl John Irons Jr. will serve 10 years in prison for his role in the shooting death of Jeremiah Morris.

Correctional facilities across the state are starting to be released from a statewide lockdown caused by reported gang-related incidents at six facilities, the Oklahoma Department of Corrections announced Wednesday.