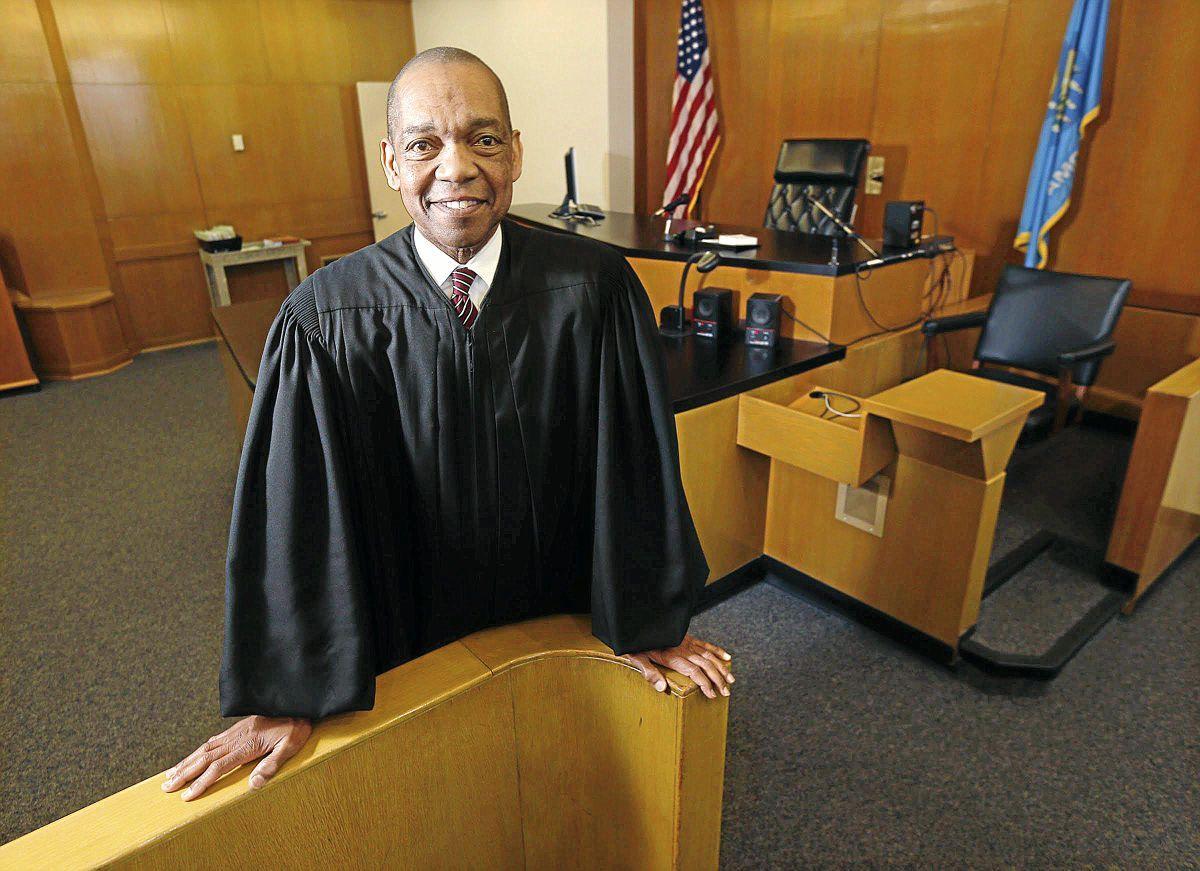 Retired District Judge Carlos Chappelle died Sunday, about a month after stepping down from his position as Tulsa County presiding judge. He is pictured here in his courtroom in December 2013. MATT BARNARD/Tulsa World file 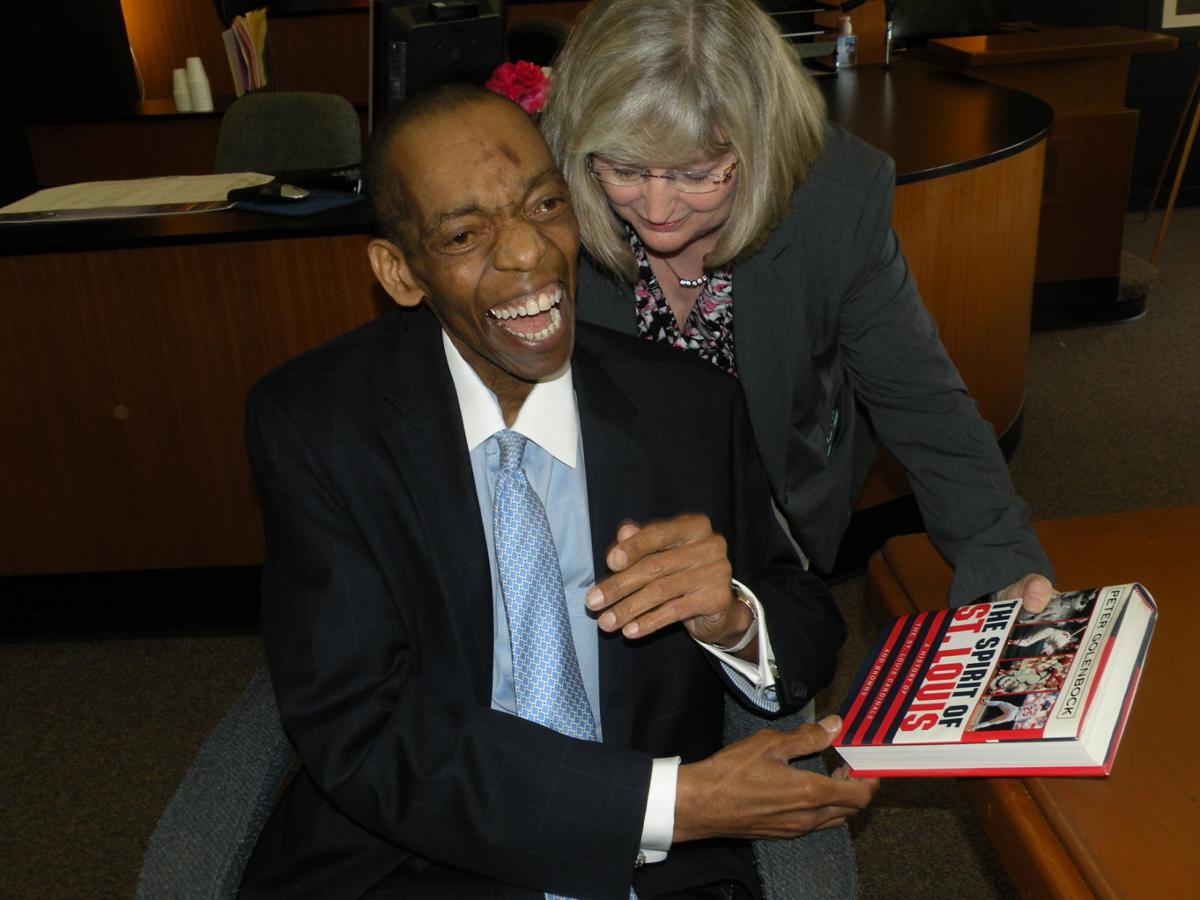 Retired District Judge Carlos Chappelle died Sunday, about a month after stepping down from his position as Tulsa County presiding judge.

Chappelle, who was elected presiding judge in January 2014, officially retired May 31 at age 63 to devote his energy to fighting cancer. District Judge Rebecca Nightingale, who was the presiding-judge elect, assumed the job’s duties.

Nightingale described Chappelle as a “beacon of leadership at the courthouse,” who is missed every day. “We all feel like we’re missing our judge with a big smile and a calm head,” Nightingale told the Tulsa World on Monday. “I feel blessed to have known Carlos and to have served under him so I could learn from him.”

Judges, attorneys and others from Tulsa and across Oklahoma packed a Tulsa County courtroom to honor Chappelle at a retirement reception June 19. At the reception, Chappelle was given a St. Louis Cardinals baseball bat, signed by every Tulsa County judge, as well as a baseball signed by courthouse staffers, a framed photo and certificate from the Oklahoma Supreme Court and a plaque from the Tulsa County Bar Association.

At the reception, Chappelle announced that his health condition was the reason he’d had to step down.

“I’m going to have to fight,” Chappelle told the crowd, several of them wiping tears from their eyes. “One thing you can do for me is pray.”

Chappelle began his judicial career as a special judge in Tulsa County District Court in 1991 and served on nearly every docket, including juvenile, criminal, mental health, domestic and civil.

At the reception, Oklahoma Supreme Court Chief Justice Tom Colbert called Chappelle “one of the best, brightest judges who’s ever worn the robe.”

Colleagues described him as extremely prepared and ethical as a judge and said his even temper and sense of fairness allowed him to adhere to the humanitarian and social issues beyond the legal matters.

As a juvenile judge, Chappelle formed connections with kids outside the courtroom by cheering them on at high school football games.

And as a judge in the Mental Health Court, Chappelle understood the difference between treatment needs and criminal justice needs, and had a grasp on how mental illness can lead to criminal charges.

“Oklahoma has lost a great jurist; our community has lost a great man; and for many of us, we have lost our dearest friend,” said District Judge Doris Fransein, who served as a juvenile judge with Chappelle and has been close friends with him since law school. “He will be missed.”

The first black presiding judge in Tulsa County, Chappelle followed a family legacy of legal professionals that spreads from one of the first black attorneys in Oklahoma, his grandfather Peter Addison Chappelle, to his nephew, U.S. Attorney Danny C. Williams of the Northern District of Oklahoma.

Chappelle was a major influence for the teenage Williams, who knew he wanted to practice law after tagging along with his uncle to the courthouse.

“Every major decision I’ve made, even in my personal life or in my career — he’s been a part of that decision-making process,” Williams said about his uncle at the retirement reception.

When asked what will be missed with Chappelle’s passing, colleagues say they’ve lost not only a great judge with a great sense of ethics, but a great friend with a great smile.

“I’m very sad that he has passed, but I know he’s smiling down at all of us,” Nightingale said. “He was such a bright personality.”

When Tulsa County District Attorney Steve Kunzweiler heard the news that Chappelle had died, his heart sank, he said. “He left an indelible impression upon all those who practiced in his court,” Kunzweiler said. “He was a wonderful man who understood the awesome responsibility of being a judge for the people.”

District Judge Dana Kuehn said she and others at the courthouse are just glad they had a chance to learn from Chappelle and “watch him be an amazing judge.”

“We’re all going to miss our friend very much,” Kuehn said. “We’re blessed to have known him, for sure.”

19-year-old described as 'out of control' admits to attempted sexual assault, burglary charges

He has been held in jail since Dec. 23 after linked to an attempted rape and two other separate cases where residents reported being accosted in their homes. While in jail, he allegedly solicited nudes from a minor girl.

The shootings occurred within six hours, and those fatal were just two miles apart. Detectives don’t yet know whether the three were connected.

Denim Lee Blount, 19, and Hunter Isiah Hobbs, 20, were charged in connection with the May shooting of a man who refused to give up his vehicle to car jackers have now been charged with felony murder linked to a Broken Arrow double homicide.

Devon Bryant Blevins, 28, faces up to life in prison when he is sentenced March 29 in Tulsa federal court.

Gathering Place has filed a civil lawsuit against a Shawnee-based coffee shop claiming it "wrongfully" promoted and used the park's trademarked name as part of its business practices.

Andrew Ericson, 24, who filmed himself in House Speaker Nancy Pelosi's offices and removed a beer from a mini-fridge, pleaded guilty related to his participation in the Jan. 6 breach of the U.S. Capitol.

Retired District Judge Carlos Chappelle died Sunday, about a month after stepping down from his position as Tulsa County presiding judge. He is pictured here in his courtroom in December 2013. MATT BARNARD/Tulsa World file