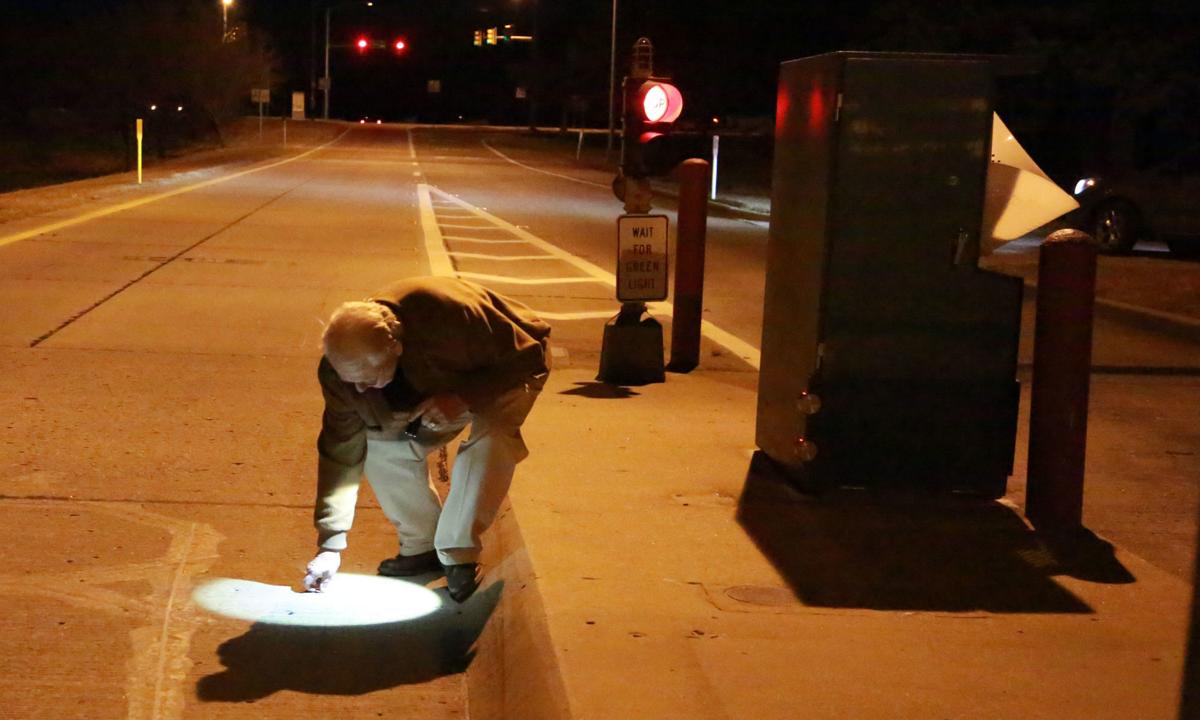 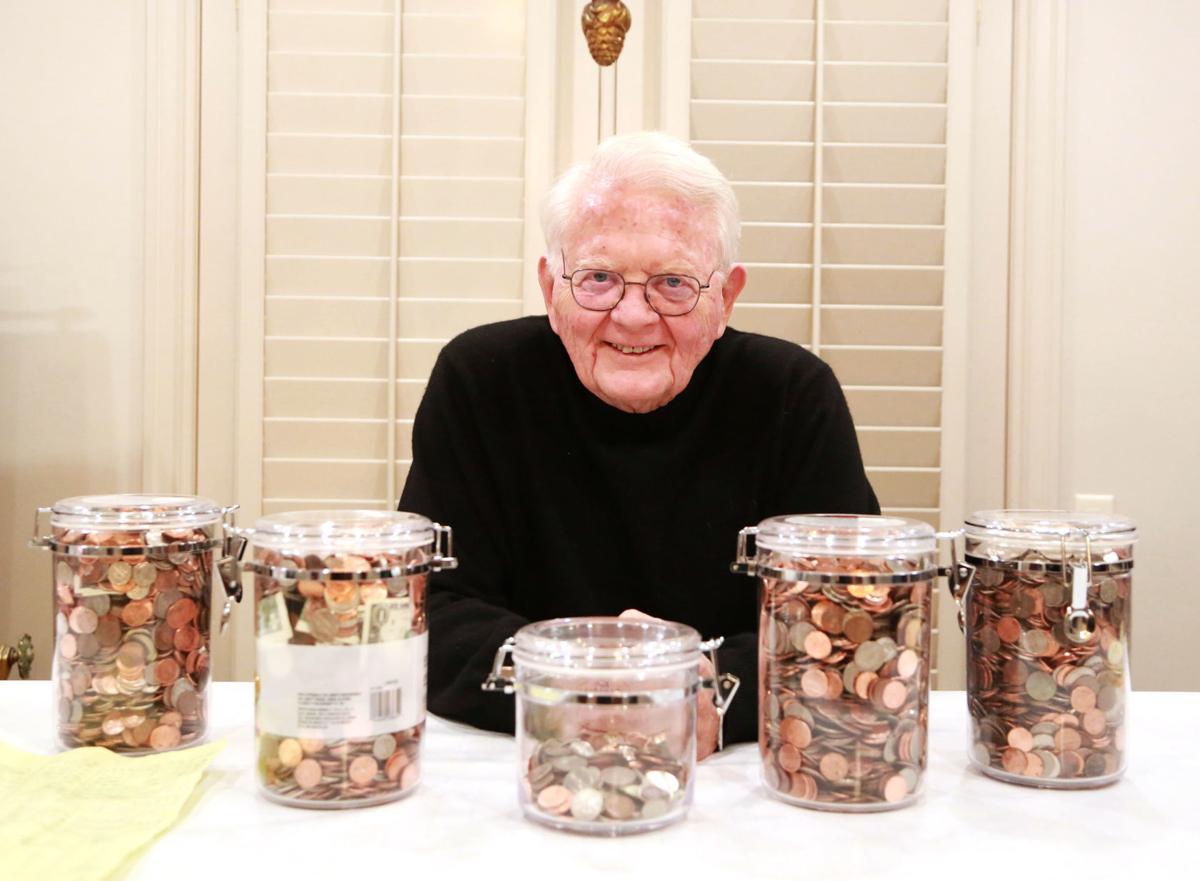 Tulsa attorney Hap Fry Jr. poses with the more than $500 in change he has picked up off the ground in 2019 to donate to his church, much of it collected on nightly trips to restaurant drive-thrus. 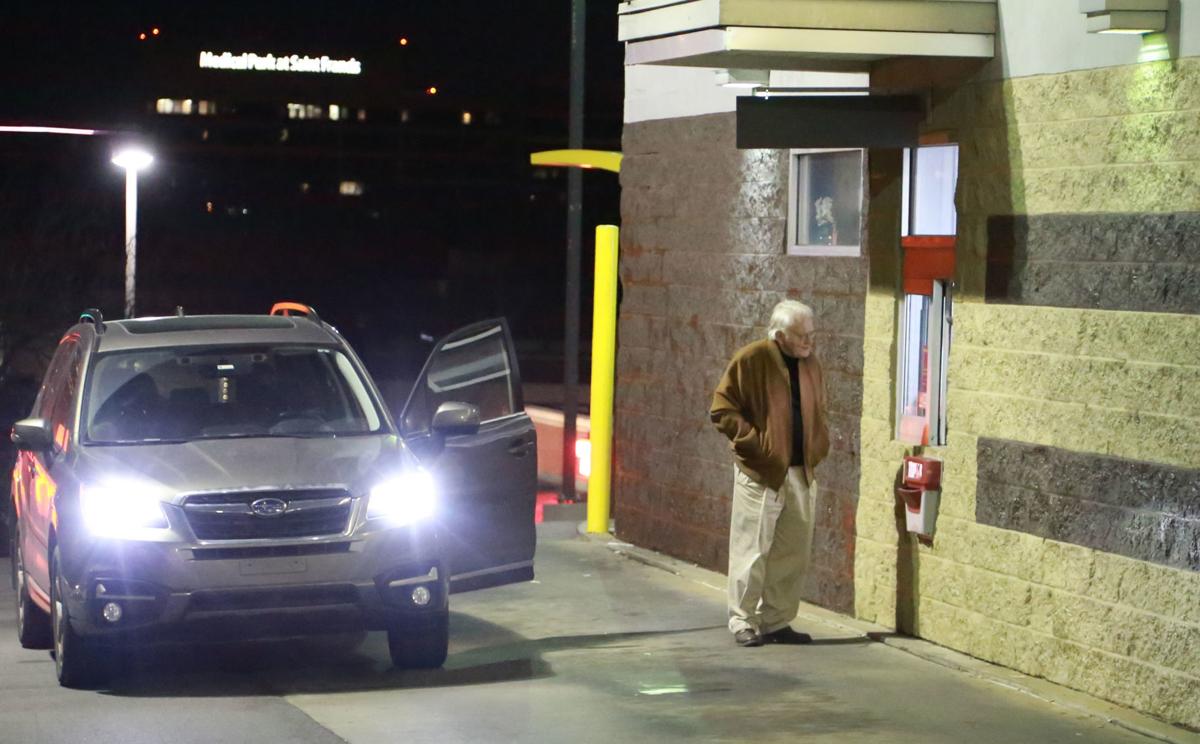 Hap Fry Jr. talks with an employee at a drive-thru while checking the ground for dropped change. Fry has collected more than $1,500 in loose change over the years to donate to his church. JOEY JOHNSON/for the Tulsa World 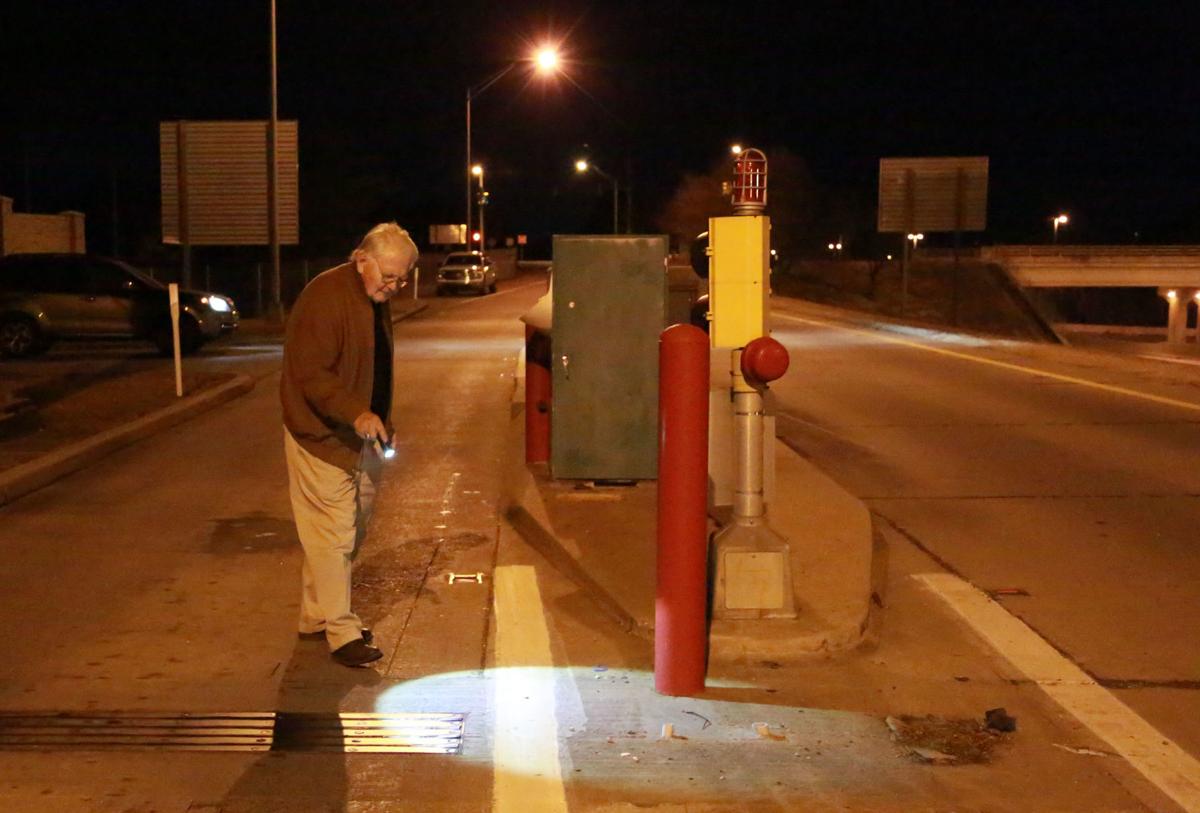 Tulsa attorney Hap Fry Jr. searches the ground at a toll stop for dropped change recently. Fry has collected more than $1,500 in loose change over the years to donate to his church for missions outreach. JOEY JOHNSON/for the Tulsa World

Not that he won’t take your penny if offered, but Hap Fry Jr. has at least one thought he’s happy to pass along for free.

“Think about it — how much you could collect if everybody picked up (all the dropped change on the ground),” he said.

“Then if they commit all that found money to whatever mission they want to give it to. If everybody did that, think what it could do.”

And somewhere along the way, what started as a simple idea grew into a full-blown obsession.

“Once you get going, it’s hard to stop. You want to see what you might find next,” said Fry, who almost every night in 2019 made rounds of local fast-food restaurant drive-thrus and toll plazas, where he picked up any money that had been dropped.

He collects change off the ground throughout the year; then every New Year’s, he writes a check in that amount to his church, First United Methodist, for its mission fund.

A 78-year-old widower who still practices family law at his firm Fry & Elder, Fry said he’s really gotten serious about “money hunting,” as he calls it, in the last five years.

Together with previous efforts, he has donated a total of $1,575.22 to his church.

“It’s fun,” he said. “I’m always competing against myself — trying to make more this year than I did last year.”

But with this year winding to a close, Fry says he plans to rein in the hobby somewhat.

It’s gotten to where he’s spending two or three hours a night at it, driving around looking for loose change, he said.

“It probably qualifies as an addiction. I have an addictive personality,” he said, chuckling.

The thrill of the hunt

At first sight of that familiar silver glint, caught in the beam of his flashlight during a recent outing, Fry almost shouted in delight.

“They throw them and they roll, and there’s no telling where they’re gonna stop.”

It was the best stop of the night so far.

“It’s kind of like fishing. Some days, they just don’t bite. Some days it just starts off real slow and then picks up,” said Fry, who would go on to tally $3.85 over the two-hour outing. Anything over $3, he said, is a good night.

Fry began to invest more time in his hobby a few years ago after losing his wife, he said. He found himself needing some way to spend his suddenly emptier evenings.

However, the basic idea — the thrill of the hunt — goes back much further.

Fry, who also donates the proceeds from collecting stray golf balls, has enjoyed “finding stuff” since he was a boy.

His money hunting is not confined to his late-night rounds.

On his way to work in the morning, in his bow tie and sport coat, he’ll often check drive-thrus, if there’s no line of cars.

A McDonald’s drive-thru one morning recently netted him a quarter, a nickel and five pennies.

The Tulsa County Courthouse, where his legal work frequently takes him, is also a good place to look for money on the ground, he said.

But he can afford the related expenses, he said. And the coins do add up.

It’s so much a part of his life, he’s almost always scanning the ground around him, even unconsciously.

Which, Fry admits, probably means it’s a good time to step back.

He said he will still pick up change he sees during the day. But he’s calling off the nightly outings.

Some life changes helped him make the decision.

The widower is dating again. His “lady friend” has been very understanding, he said, playing mahjong on her phone while he drives around.

“She understands my idiosyncrasies,” he said.

But out of respect for her patience, Fry plans to spend more of his evening time at home.

He hopes to inspire others to take up the money hunt mantle, though, and find a good cause to support with it.

“It’s money on the ground,” he said. “It’s money that needs to be picked up.”

Tulsa attorney Hap Fry Jr. poses with the more than $500 in change he has picked up off the ground in 2019 to donate to his church, much of it collected on nightly trips to restaurant drive-thrus.

Hap Fry Jr. talks with an employee at a drive-thru while checking the ground for dropped change. Fry has collected more than $1,500 in loose change over the years to donate to his church. JOEY JOHNSON/for the Tulsa World

Tulsa attorney Hap Fry Jr. searches the ground at a toll stop for dropped change recently. Fry has collected more than $1,500 in loose change over the years to donate to his church for missions outreach. JOEY JOHNSON/for the Tulsa World