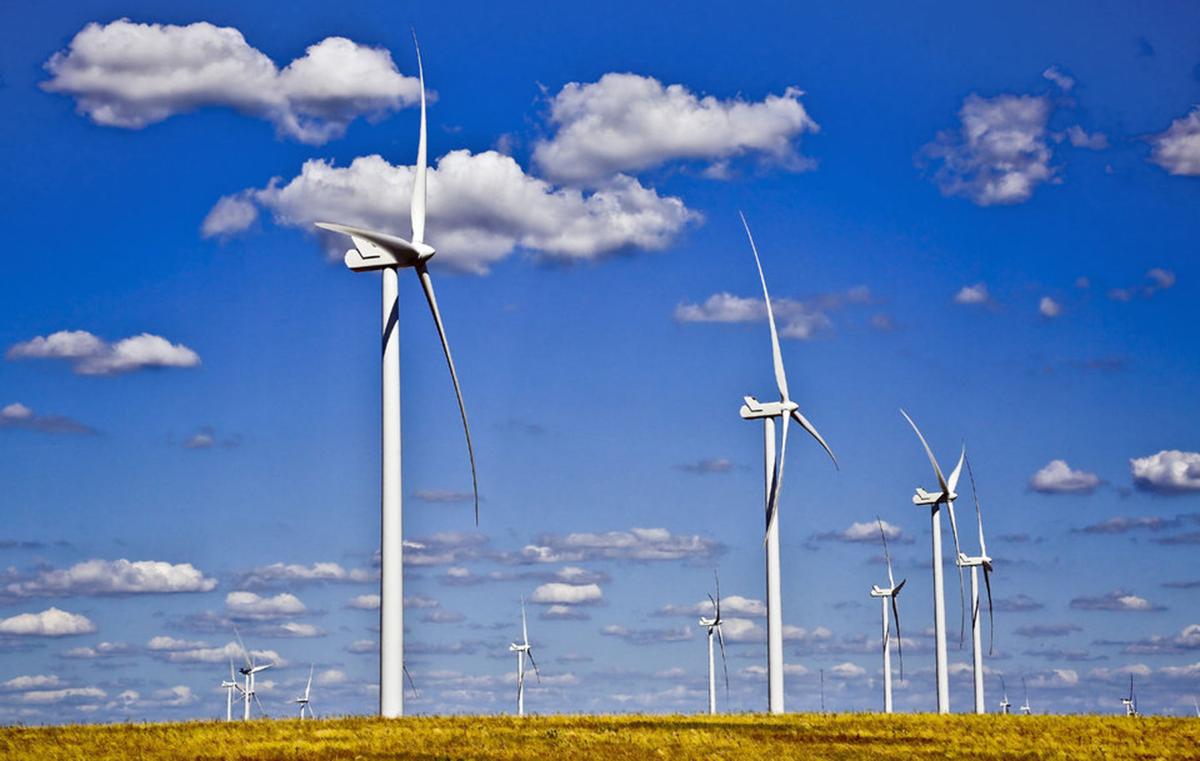 Enel Green Power’s Origin wind farm near Hennepin is among the projects that have come online in Oklahoma in the past few years. A bill that would have required wind farms to seek permits through the Oklahoma Aeronautics Commission was put on hold last session in a legislative conference committee, but at least two state lawmakers have requested interim studies on the issue. CHRIS LANDSBERGER/The Oklahoman file 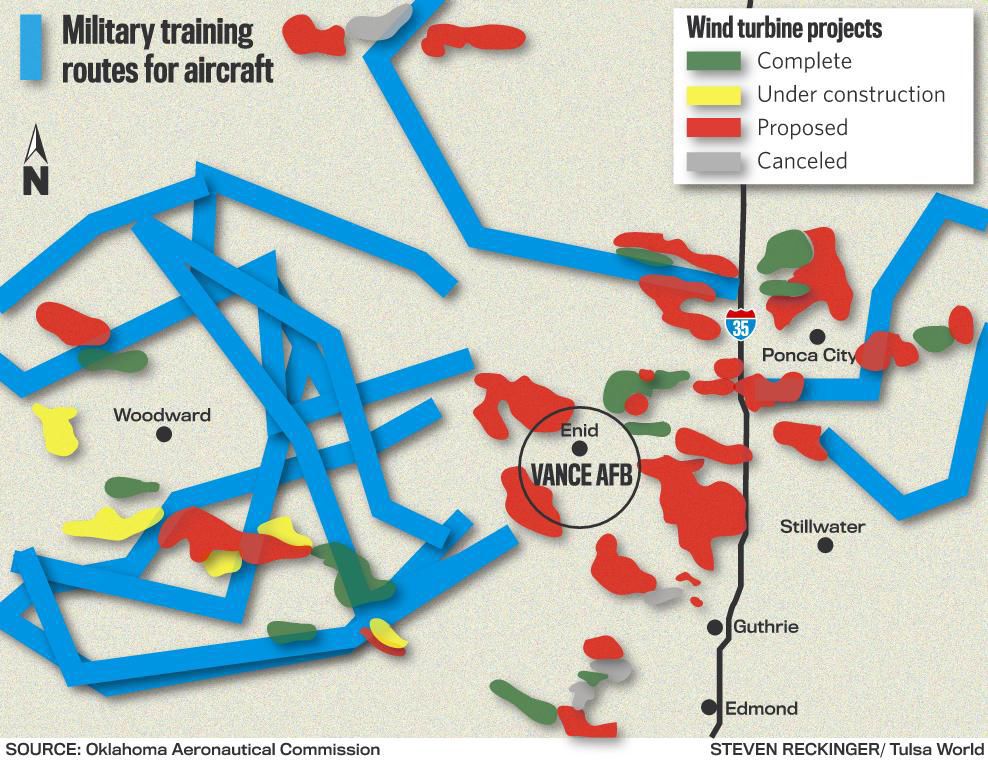 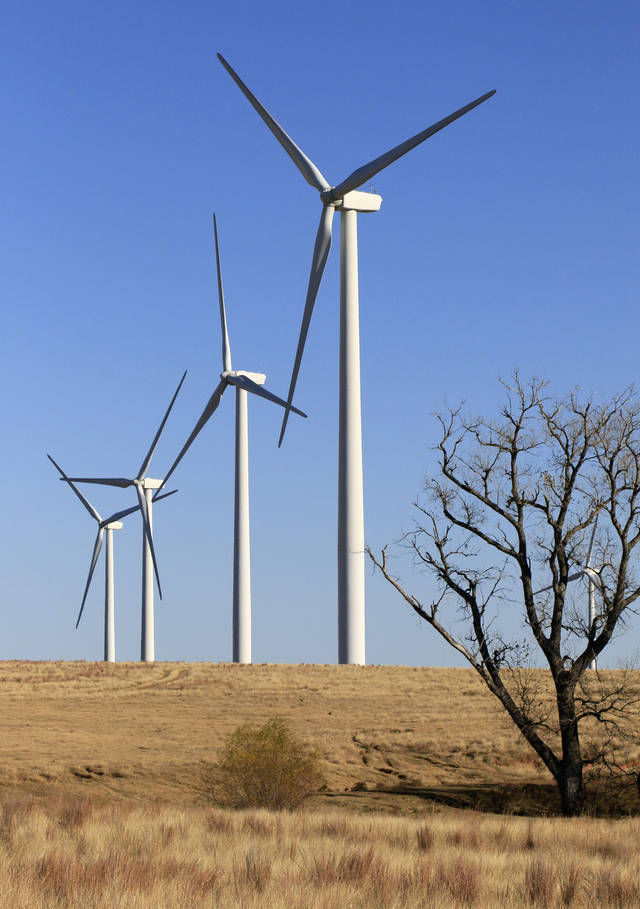 OKLAHOMA CITY — The head of the Oklahoma Aeronautics Commission said the proliferation of wind farms in western Oklahoma is having a negative impact on military flight training.

A bill that would have required wind farms to seek permits through the Oklahoma Aeronautics Commission was put on hold last session in a legislative conference committee, but at least two state lawmakers have requested interim studies on the issue.

Victor Bird, Oklahoma Aeronautics Commission director, said some wind farms located near Vance Air Force Base in Enid and Altus Air Force Base are below military training routes, or pathways in the sky, that pilots use for training purposes.

Senate Bill 477, by Sen. Joe Newhouse, R-Broken Arrow, and Rep. Charles Ortega, R-Altus, would have required wind farms to get a permit from the Oklahoma Aeronautics Commission before starting construction.

“We wouldn’t be asking for this if there wasn’t a problem,” Bird said. “And there is a problem.”

“Generally speaking, there is not enough clearance,” Bird said.

“These are men and women who don’t know how to fly yet,” said Mike Cooper, chairman of the Oklahoma Strategic Military Planning Commission. “They are learning how to fly.”

The Oklahoma Strategic Military Planning Commission works to protect and enhance military bases in the state.

Cooper said the national defense budget has been declining. Eventually, there will be base closures, consolidations, realignments or downsizing, he said.

The military value of the installation is critical in determining changes, he said.

Oklahoma’s top value is its air space, and if that is jeopardized, training will take place at other locations, Cooper said.

Jeff Clark is president of the Wind Coalition, which advocates on behalf of the industry, its consumers and land owners.

He said currently wind developers work with the U.S. Department of Defense and the Federal Aviation Administration in determining locations.

The Oklahoma Aeronautics Commission does not have expertise in the area, and the bill would have created unnecessary bureaucracy, Clark said.

“We believe that protecting the viability of our military bases should be the top priority and we should rely on the experts in the military — not an unqualified state bureaucracy — to determine impacts of proposed projects,” Clark said.

Bird disagrees, saying his agency has been administering for seven years the Aircraft Pilot and Passenger Protection Act, which protects areas around public airports, including military airports, from incompatible development.

“So we, without question, have the expertise,” Bird said.

Senate Bill 477 would have extended the Aircraft Pilot and Passenger Protection Act permitting to military training airspace, according to the commission.

Should the bill become law, the agency doesn’t foresee a need to add staff, Bird said.

Clark said there have not been any incidents involving wind farms and military training routes in Oklahoma.

“This is a solution in search of a problem,” he said.

Enel Green Power’s Origin wind farm near Hennepin is among the projects that have come online in Oklahoma in the past few years. A bill that would have required wind farms to seek permits through the Oklahoma Aeronautics Commission was put on hold last session in a legislative conference committee, but at least two state lawmakers have requested interim studies on the issue. CHRIS LANDSBERGER/The Oklahoman file