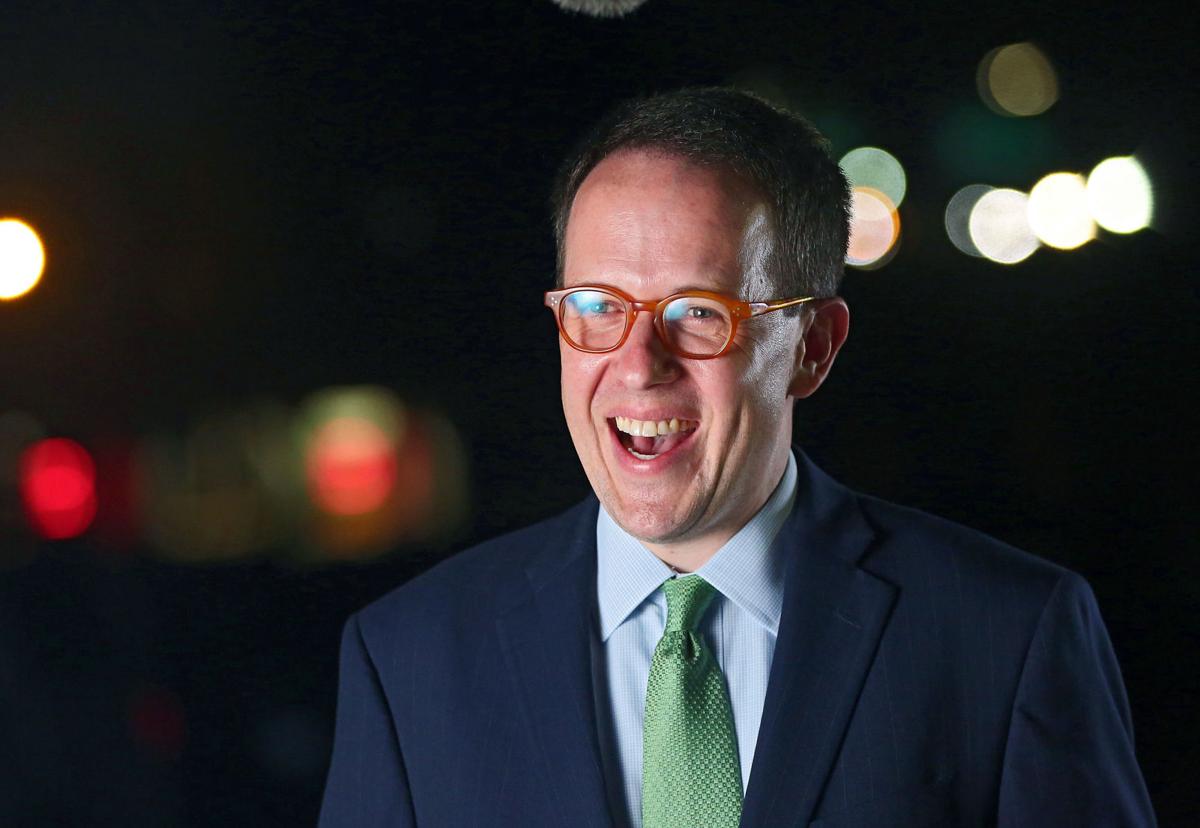 Mayor G.T. Bynum speaks during his watch party at the Admiral Twin Drive In on Tuesday after winning re-election to a second term. MIKE SIMONS/Tulsa World 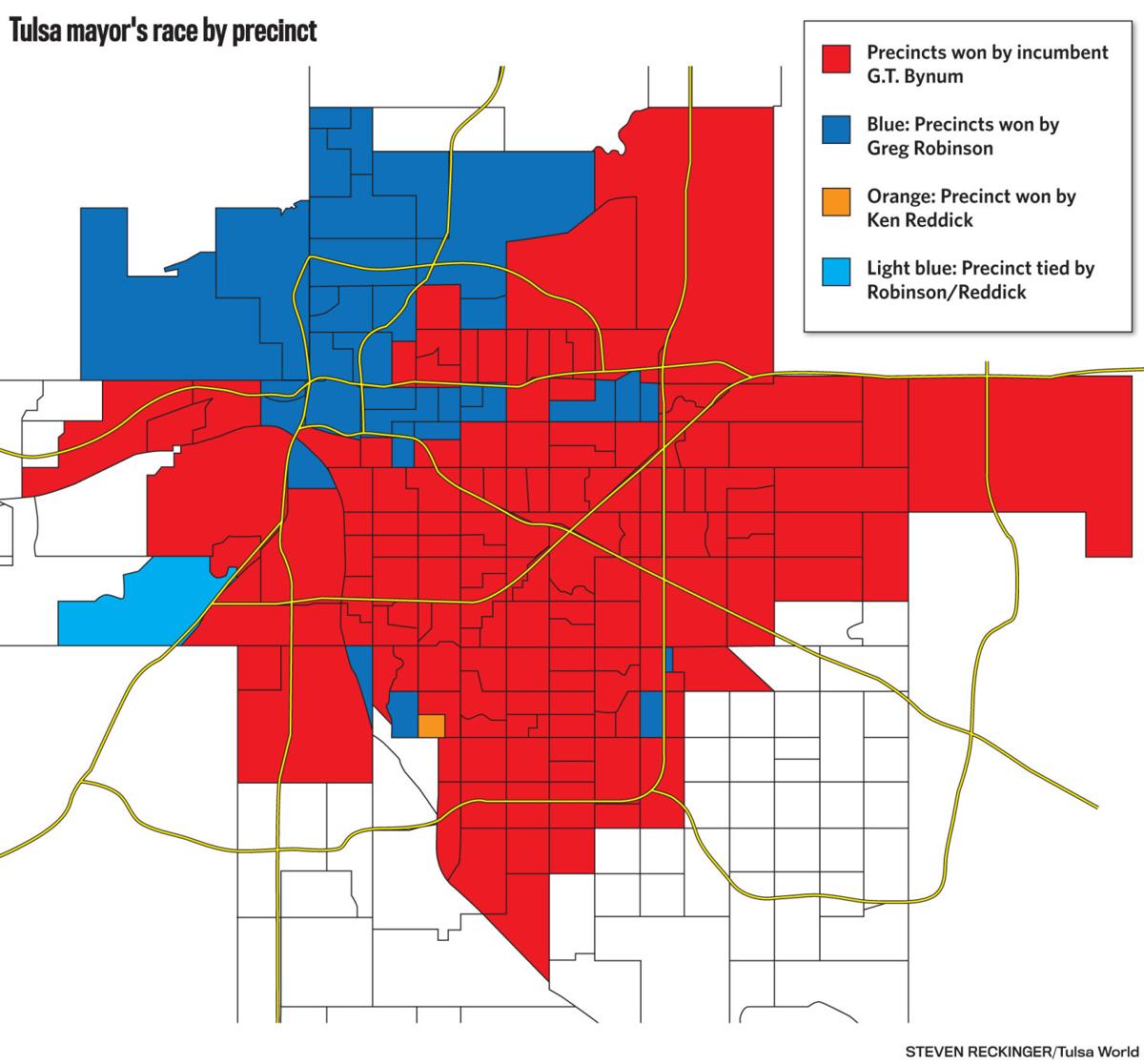 Mayor Bynum again calls for more local mask mandates or for Gov. Stitt to step in and take state action

To win the Tulsa mayoral primary outright Tuesday, G.T. Bynum had to get more votes than all the other seven candidates did combined in order to secure a second term without a runoff.

Bynum did that, winning nearly 52% of the total votes cast on Election Day.

Bynum’s strongest support came from the midtown and south side areas of Tulsa.

Asked to comment on the mapped election results, Bynum offered the following statement:

“Some have characterized this as a two-way race, but it wasn’t,” Bynum said. “There were eight of us on the ballot and all of us received votes. There were active campaigns to our left and our right.

Interest in this election was also higher than it was four years ago, if vote totals are a guide.

Nearly 12,000 more people voted in the mayoral race this year than did in the 2016 contest that featured then-incumbent Dewey Bartlett Jr. and Bynum.

But support for Bynum was not universal. In more than half of the voting precincts, the majority of votes cast were for someone other than Bynum.

Second-place finisher Greg Robinson said he is proud of how he fared considering his late entry into the race.

Robinson won 33 precincts and tied Bynum in another precinct, located in south Tulsa.

“I was obviously wanting desperately to get into a runoff because I thought that if I had a few more months to spread my message and to talk to Tulsans about creating a better, more equitable Tulsa,” Robinson said, in a telephone interview. “I thought we had a real chance even with the long-shot reality that we were.”

In areas just north of downtown, Robinson received two-thirds of the votes cast.

The voting precincts Robinson won were largely those in north central and northwest Tulsa in addition to downtown and the corridor of precincts east of downtown all the way to Yale Avenue.

In fact, voters in most precincts north of East 21st Street cast a ballot for someone other than Bynum, the analysis shows.

Bynum did not respond to a question regarding the majority of precincts collectively favoring someone other than him for mayor.

Robinson said he thinks the support for other candidates shows that many Tulsans, especially in areas where they feel overlooked by the government, were looking for a change.

“I think what the results show is if you run a campaign where you go and talk to Tulsans about what’s affecting them and then they can see that in your messaging, that they’re going to support you because they want an opportunity,” Robinson said.

Mayor G.T. Bynum speaks during his watch party at the Admiral Twin Drive In on Tuesday after winning re-election to a second term. MIKE SIMONS/Tulsa World