OKLAHOMA CITY — A bill that seeks to ban abortions when the fetus is about 6 weeks old is headed to the Senate floor.

Senate Bill 1859, by Sen. Paul Scott, R-Duncan, passed the Health and Human Services Committee on Monday by a vote of 7-4.

Scott’s bill would prohibit abortion if an embryonic or fetal heartbeat is audible or if fetal brain waves are detected. Scott said that occurs at around six weeks’ gestation.

Scott said his intent was to prohibit abortion when life starts. But he also said he believes life begins at conception and is trying to “move the ball down the field.”

Those seeking a hearing on Senate Bill 13, which seeks to abolish abortion at any stage, lined the hallway leading to the committee room.

Leaders of Free the States, who rallied at the Capitol last week in support of SB 13, said Scott’s measure didn’t go far enough.

Scientifically, Scott said, life has been proven to end and begin with heartbeat and brain waves.

He said he was trying to “use science to save more lives and close the gap on when you can perform a life-ending procedure.”

Sen. Allison Ikley-Freeman, D-Tulsa, said many bills in other states that would prohibit abortion when a fetal heartbeat is detected have been tossed out and cost millions of dollars for those states to defend.

In addition, courts have struck down numerous Oklahoma bills that sought to put additional restrictions on abortion, which was legalized nationwide in 1973 by the U.S. Supreme Court in Roe v. Wade.

Ikley-Freeman said the test that the author believes makes SB 1859 different from just a fetal heartbeat bill cannot be performed without killing the fetus.

Scott said he needed to review some of the wording in his bill.

“We are providing protection for a certain child but not another child,” Silk said.

“In my opinion, that is flat out wrong and immoral and should not happen in this state, period.”

Silk said it is very similar to other “failed pro-life legislation.”

Sen. Carri Hicks, D-Oklahoma City, asked Scott how many weeks would have to elapse before a fetus is viable.

“Boy, that is a million dollar question,” Scott replied.

Hicks said it is commonly known that the medical profession considers a fetus viable at about 24 weeks.

How to contact your Tulsa-area lawmakers in the Legislature

The Oklahoma Supreme Court threw out a law requiring any woman seeking an abortion to have an ultrasound within an hour of the procedure and have its contents described to her, another that put restrictions on the RU-486 abortion-inducing drug, and a ban on all medication abortions.

The court also struck down an issue before it could be added to the state ballot that would have let voters decide on an initiative defining a fertilized egg as a "person," thereby banning abortion and most forms of contraception.

An Oklahoma County judge threw out a law that would have required women under 17 to have a prescription to obtain the "morning after" birth control pill.

The Oklahoma Supreme Court in 2019 upheld the unconstitutionality of a law that would have required doctors who treat women seeking a medication abortion to use a decade-old method that is less safe, less effective and more expensive than the current method, according to the Center for Reproductive Rights. It sought to require doctors to follow U.S. Food and Drug Administration protocols and bar off-label uses.

An Oklahoma County judge issued an injunction on a law that would have banned dilation and evacuation, a common second-semester abortion procedure.

Gov. Mary Fallin vetoed a bill that would have made it a felony for physicians to perform abortions and revoke their medical licenses unless the abortion was necessary to save the life of the mother.

The Oklahoma Supreme Court threw out a law targeted against child rapists that would have forced abortion providers to take a sample of the fetal tissue when the abortion patient is younger than 14 and send it to the Oklahoma State Bureau of Investigation.

The high court on Dec. 14 struck down a law that would have required doctors who perform abortions to have admitting privileges at a hospital within 30 miles. 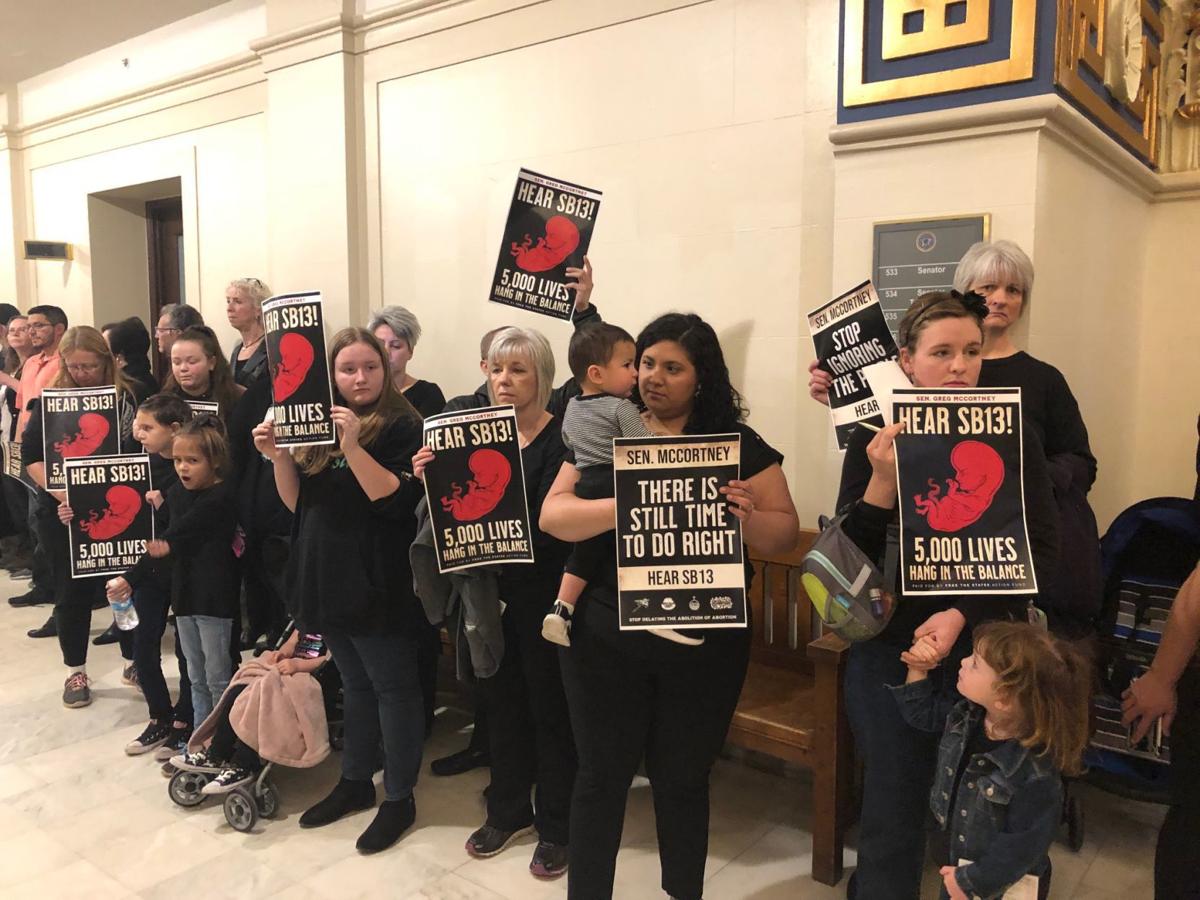 Supporters of an effort to abolish abortion stand outside a Senate Committee room where a bill to put more restrictions on the procedure was to be heard on Monday. BARBARA HOBEROCK/Tulsa World 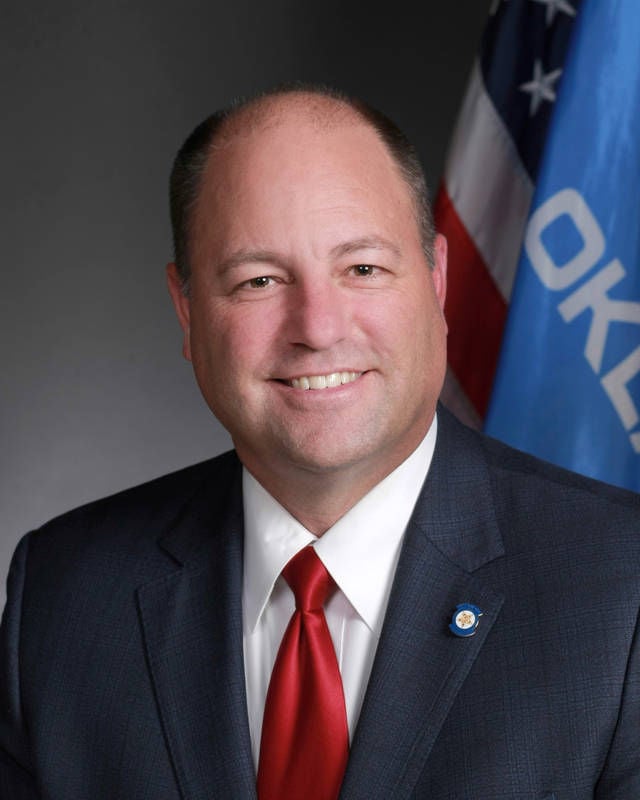