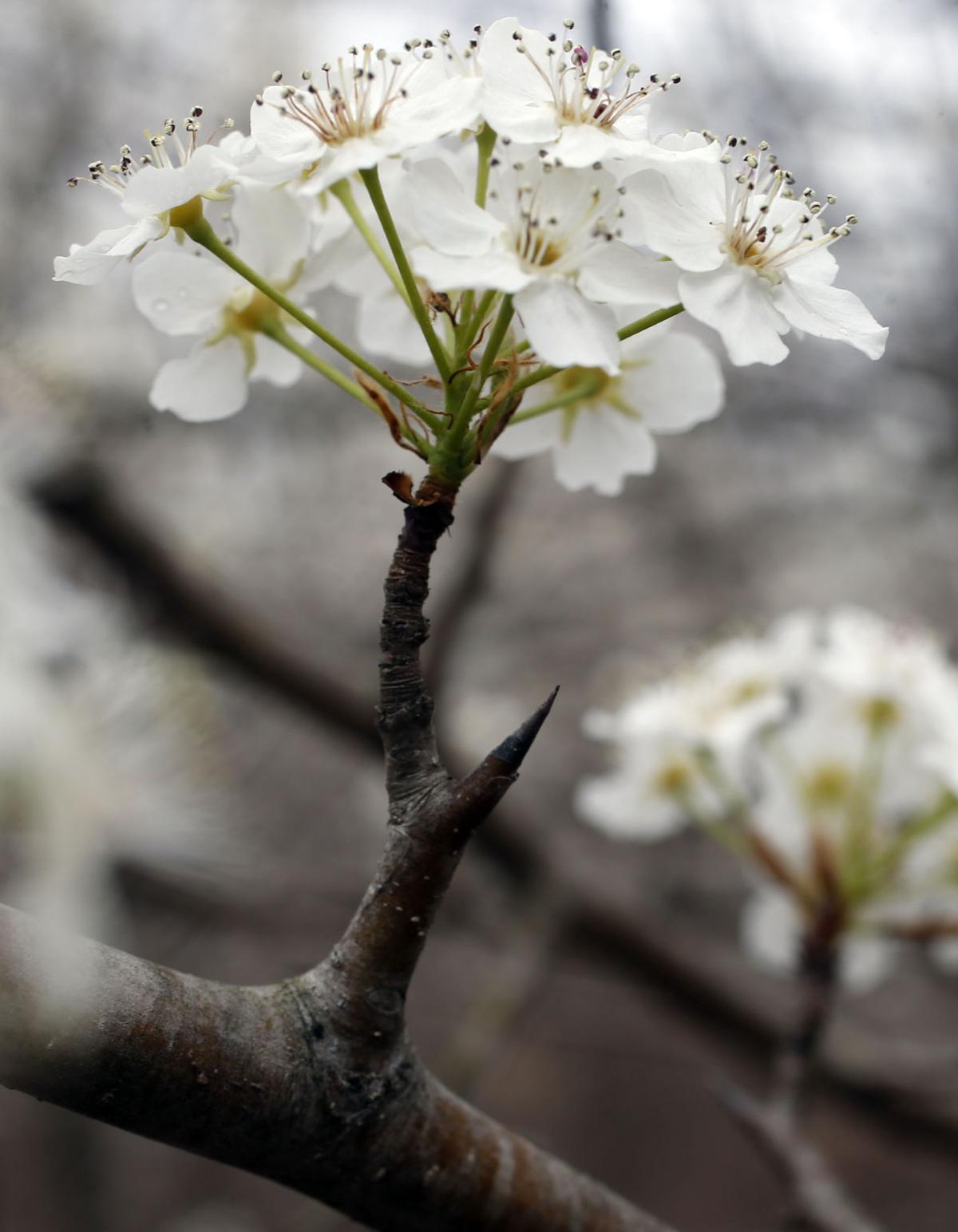 Thorns are known to grow on Bradford Pear trees. One arborist is hoping people stop buying them. CORY YOUNG/Tulsa World 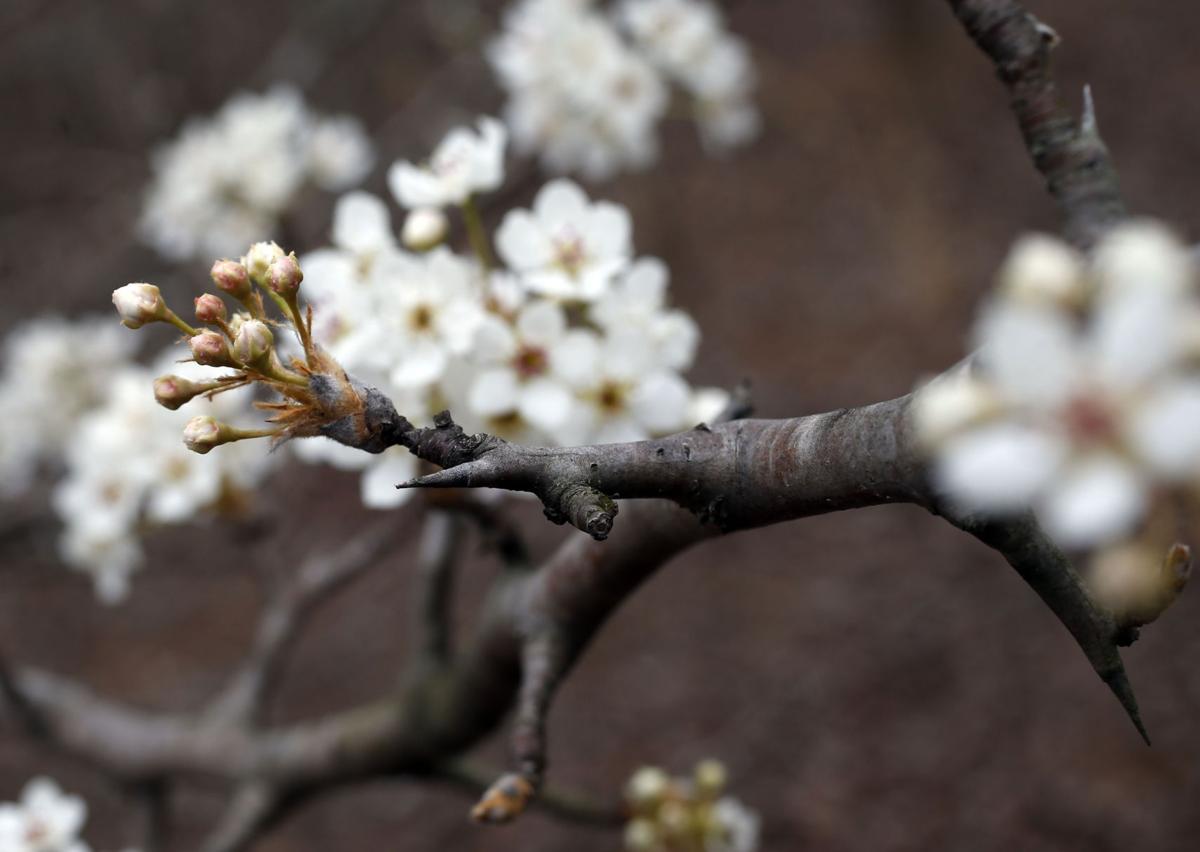 That pretty, white-flowering Bradford pear tree in your yard is a Trojan Horse for an invasion set on despoiling Oklahoma’s grasslands and rooting itself as a thorny, value-decreasing problem on acreage that is left fallow.

An arborist with 35 years experience in the Tulsa County area is trying to spread the word that a few weeks of pretty blooms each spring isn’t worth the future destruction.

Now that the trees are blooming, he urges people to take a look around Tulsa County and notice all the white-flowering trees in people yards, in the ditches, along the riverbanks, and turning up as white patches here and there in pastures, grasslands and at forest edges. Some native trees, such as plums and dogwoods, also have white flowers but they’re not yet in bloom.

On Monday morning, Don Massey stood in a field off 121st Street near Yale Avenue, where a fallow pasture that once was mostly native bluestem broomsedge grasses now is a nearly solid 15 acres of Callery pear trees. The ground beneath the dense patch is barren, save a few remaining strips and patches of the grasses.

“Don’t plant them,” he said. “There is no such thing as a good pear tree, unless it’s one that actually bears fruit.”

The problem with Bradford pears as a short-lived tree prone to breaking in snow and ice storms is well known to Oklahomans, but most are unaware of the species’ invasive aspect.

“I just keep trying to spread the word,” Massey said.

The problem is the parent plant of all ornamental pear trees — even the “improved” varieties offered at local nurseries — and that is the Chinese callery pear.

“A Bradford pear is a cultivated tree; it’s a man-made tree, not a God-made tree, and consequently it came with inherent problems,” Massey said. “It initially comes from the callery stock, and the tree naturally wants to revert back to its parent plant.”

The trees flower early in spring, and the pollinated flowers become berries. The berries drop and trees grow from those seeds, or birds and small mammals eat the berries, retreat to a grassy meadow or fence line to roost or nest, and they spread the tree seeds with their droppings.

As the invasive eastern cedar is despoiling western Oklahoma and zebra mussels are invading our lakes, so this invasive offshoot of the seemingly innocuous Bradford pear is poised to attack Oklahoma’s prairies, pasture lands and forest edge habitat.

“It is an extremely invasive, dangerous tree,” Massey said. “It’s their defense mechanism to grow with more energy to grow taller, faster than anything around it and to choke out everything else. Then it flowers and seeds, and the problem continues to spread. That is the nature of this beast.”

Not only are the trees prolific, they are a danger that most people don’t recognize — until they learn how to spot the long, hard thorns.

“They aren’t thorns that are easy to see like on a rose bush,” Massey said as he peeled a leaf and some flowers off the branch of a tree along 121st Street. “You see just that small needle-like tip there?”

What looked like a shoot growing off a larger branch to produce some blooms and a leaf actually was a bark-covered thorn, about 2 inches long, with just the tip showing. The small “shoot” was not at all flexible. It was impossible to break by hand.

“They are extremely hard and grow 1 inch to 3 inches long,” Massey said. “They will easily puncture a child’s tennis shoe, your boot, even a tractor tire. It’s very dangerous to walk around in a patch of these trees like this.”

Fallow grounds overtaken by callery pear are lessened in value because the trees can’t be simply mowed over or burned off. They will grow back. They can’t be physically removed with anything but a steel-tracked bulldozer or other equipment because the thorns will puncture tires, he said. That makes it more expensive to clear the land for other uses.

Massey said he has showed many people these trees growing in their own backyards. The homeowner thinks their Bradford pear has offered up a volunteer plant and they have more white flowers to enjoy, when in reality this look-alike underling is an invasive plant with nasty hidden thorns.

Eddie Reese, director of the Oxley Nature Center in north Tulsa, said he is aware of the problem and cuts down the trees any time they are found in the park.

“There are areas all around here that are getting overrun,” he said. “Here just east of Mingo and north of 46th Street there’s a large pasture I’ve watched over the years that has just become overrun.

“There are several areas around here where that’s happening, but any time I find them in the park I cut them down.”

Longtime Tulsa-area arborist Don Massey recommends some of the following options for Oklahomans who want flowering trees in their landscape:

Thorns are known to grow on Bradford Pear trees. One arborist is hoping people stop buying them. CORY YOUNG/Tulsa World 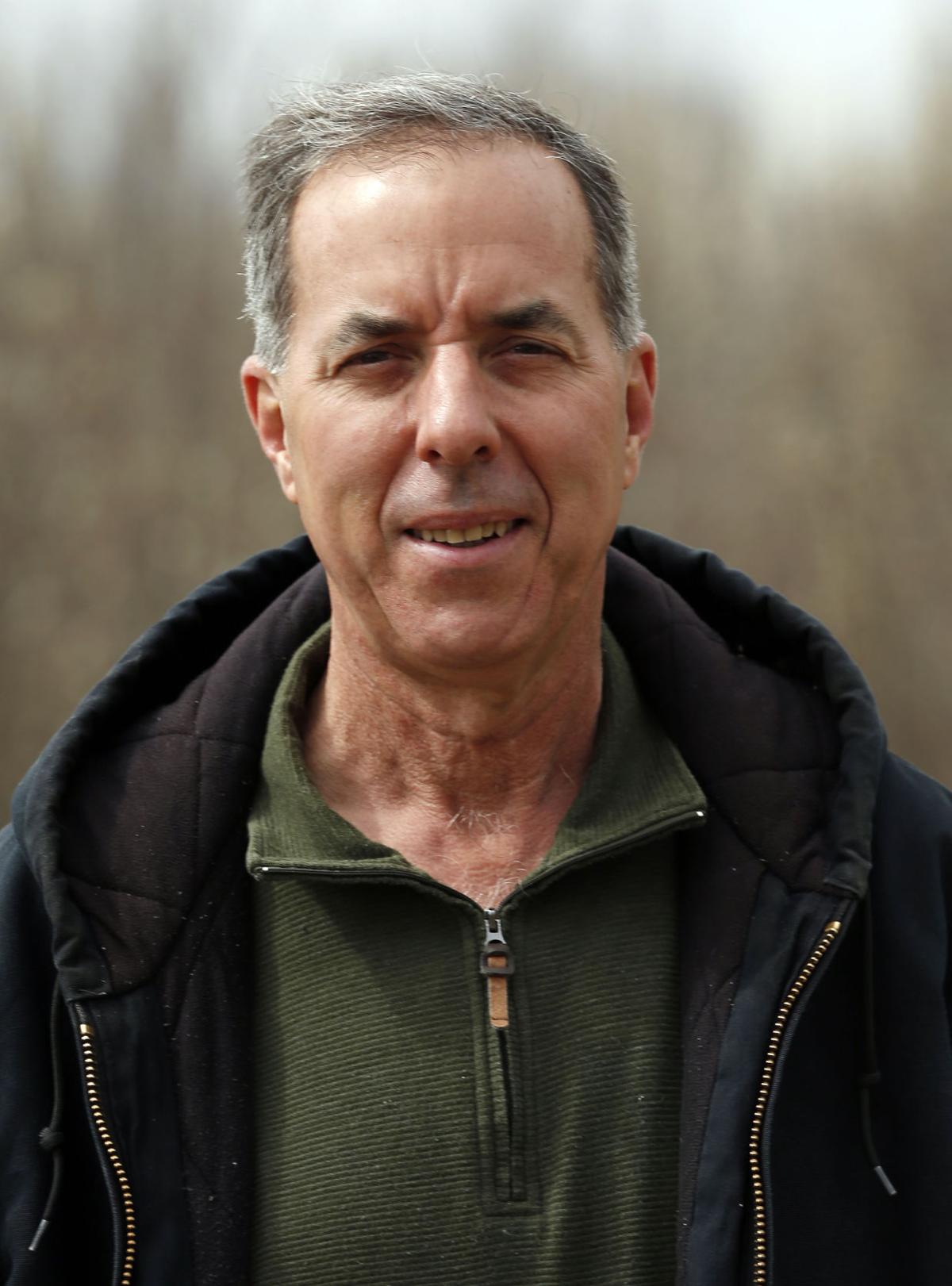