A focus on testing in public schools is taking valuable time away from classroom instruction and corrupting the original purpose of assessing student achievement, some candidates for Oklahoma Superintendent of Public Instruction say.

“Formative assessments are a greater indicator of student growth than a high-stakes test given at the conclusion of the year because a teacher can change instruction midstream to accommodate the needs of the student,” said Democrat John Cox, of Hulbert.

He said the No Child Left Behind Act has caused schools to focus more on increasing “a summative test score” rather than the “true meaning of public education, and that is developing good citizenship and giving our students the opportunity to be successful post-high school.”

Six of seven candidates responded to a Tulsa World questionnaire about their stance on several issues, which will be used in a series of stories leading up to the June 24 primary election.

Democrat Jack Herron, of Norman, said the purpose of testing is for teachers to gauge each student’s progress so they can adjust instruction to better meet each child’s individual needs.

“Each community, working with teachers, administrators, and parents, can determine what tests are needed and how many are needed to achieve their goals,” he said. “We’ve fluctuated over recent years with so many different plans that no district truly knows where their students stand, for better or for worse.”

Republican challenger Joy Hofmeister, of Tulsa, said the “failure of the No Child Left Behind Act has burdened our state with heavy federal regulation, expensive mandates and a toxic high-stakes testing environment.”

“We are overtesting our children. Tests should be tools, which provide good information for parents, teachers and schools to adjust instruction for students,” she said.

Hofmeister advocates using “a reliable test like the Iowa Basic Skills, which provides comparable test results across states” and would also prevent cut scores from being “manipulated for political gain.”

“Our problem is that too many districts are stuck in a mindset that testing is the be-all end-all,” she said. “Testing is just a tool. High test scores are a by-product of a positive education. We all hear about too much testing, but the reality is the state requires an average of only two hours of testing each school year.”

At a recent Barresi/Hofmeister debate in Tulsa, a Union fifth-grader told the candidates he had tested for two weeks and asked them what they would do to decrease testing. Barresi told the boy he should have taken only two tests at an hour apiece, and that perhaps his district administered the additional tests.

According to the state Education Department website, the state requires fifth-graders to take tests in reading, math, science, U.S. history and writing.

“Professional educators should be making the decisions on educational issues, not the U.S. Chamber of Commerce, not the Legislature, not the governor, not dentists, not those selling educational products, and definitely not the American Legislative Exchange Council,” said Democrat Ivan Holmes, of Oklahoma City.

Educators are “being forced to use testing data in a way it was never intended,” said Freda Deskin, Democrat of Edmond. “The results of tests should be used to help students and teachers, not punish them.”

All candidates say they support balancing Oklahoma’s tradition of local control with improving education statewide. But some differ on how to do it.

“By giving parents more say in the education of their children, we are providing the ultimate in local control,” Barresi said. “We should all have the same ultimate standard: providing an education that allows each and every child to pursue his or her own ambitions. As such, I am for setting rigorous statewide standards, and allowing each local district to apply those standards in the way that best serves its students.”

Hofmeister argues that, unlike reform attempts under Barresi’s administration, statewide education reform is only achieved when an idea or policy is successfully implemented at the local level.

“Reform doesn’t happen just because our lawmakers pass a law,” she said. “This requires responsive communication and problem-solving by our next state superintendent with school leaders, school boards, teachers, parents and communities so we can all pull in the same direction for our students.”

Republican Brian Kelly did not provide answers to the Tulsa World questionnaire.

The Oklahoma State Board of Education held a special meeting Friday to discuss issues at Western Heights Public Schools and Sovereign Community School. 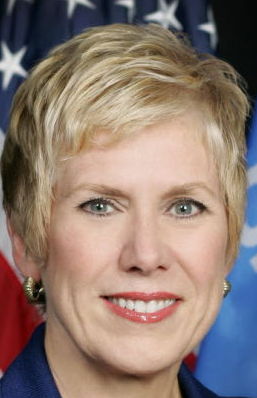 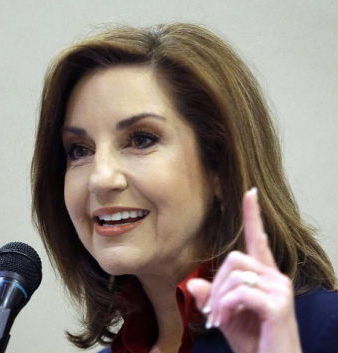