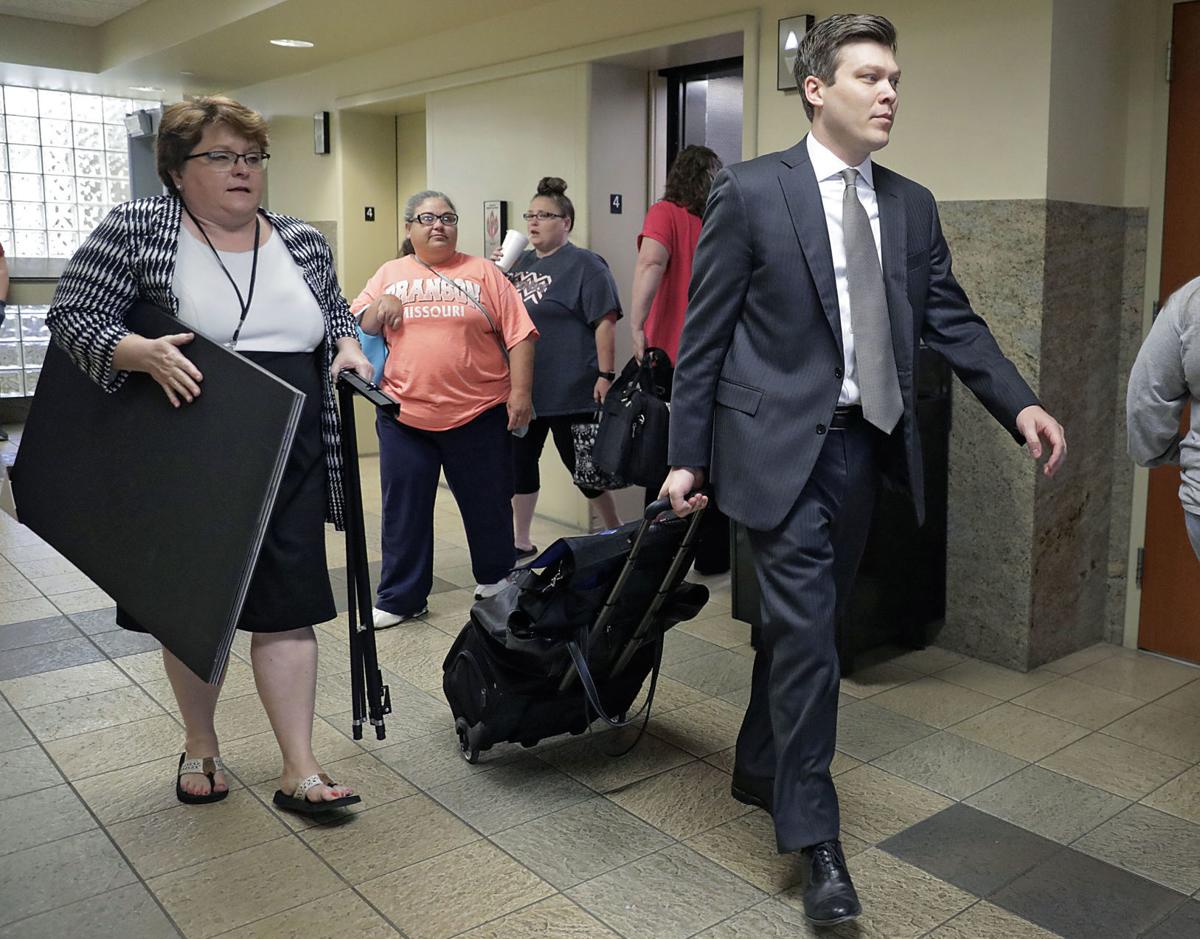 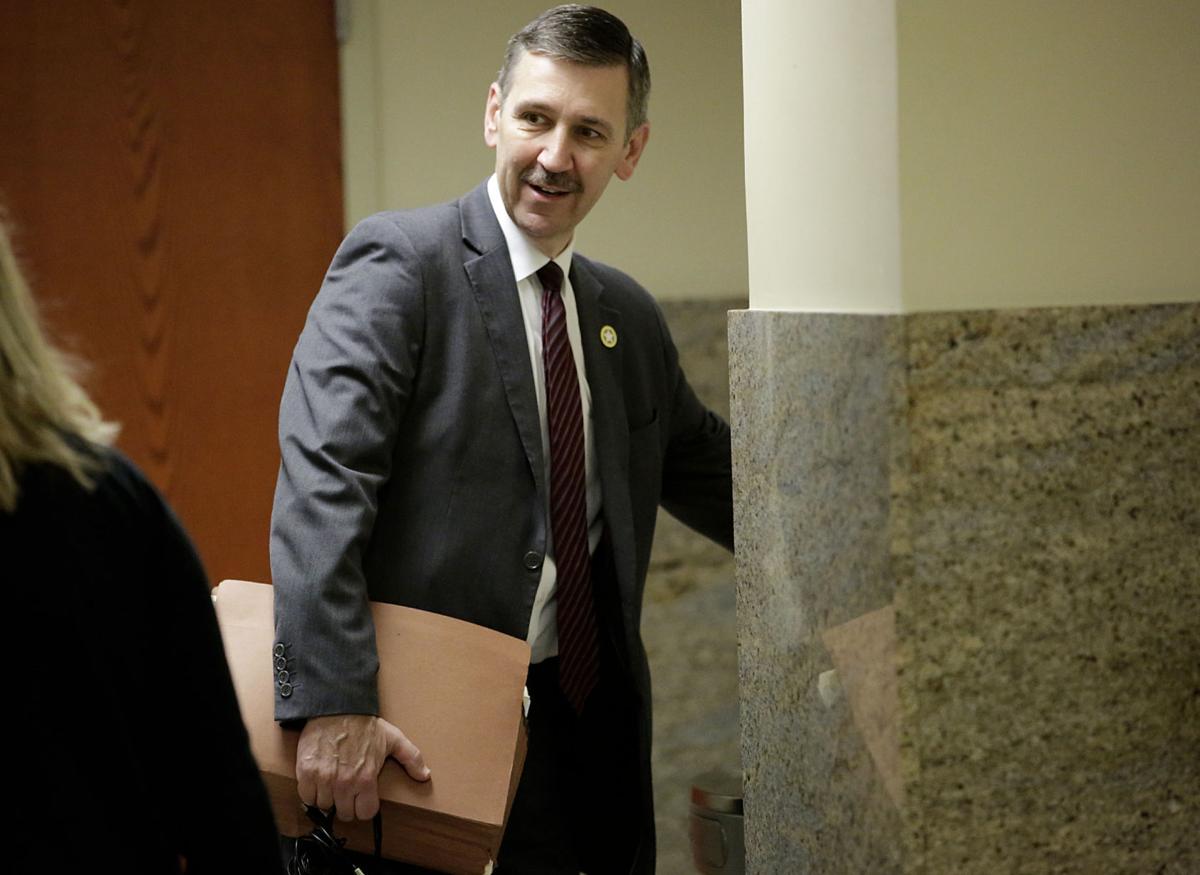 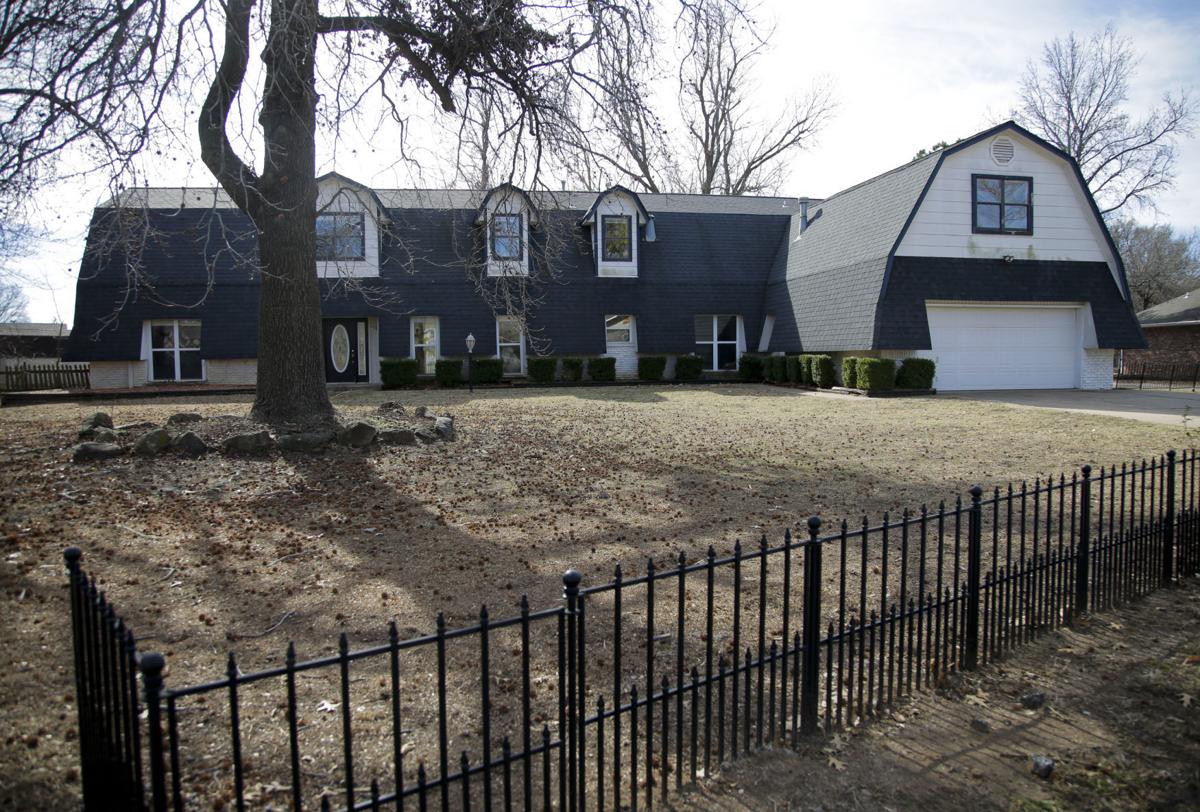 Five members of the Bever family were stabbed and slashed to death in their large home in the Indian Springs neighborhood in south Broken Arrow in 2015, and another family member was critically injured in the attack. The home then sat empty until it was razed after a fire last year. Tulsa World file

Jurors found Michael Bever guilty of killing his parents and three young siblings, setting up a sentencing phase that will begin Thursday morning to decide whether he will ever have the chance for parole.

After more than five hours of deliberation, the jury also declared him guilty of attempting to kill a then-13-year-old sister who survived to become the prosecution’s star witness against him.

At least half the jurors openly cried as the verdict was read late Wednesday, with a bailiff passing out tissues. And Bever, as he tried to sit down after hearing the verdict, fell on the floor and was helped back into his seat by a sheriff’s deputy.

Prosecutors in the quintuple-murder case began closing arguments Wednesday by showing jurors a red notebook that Bever kept in his jail cell while awaiting trial in the stabbing deaths.

“Once upon a time,” Bever wrote in crayon, “there were two brothers named Michael and Robert. They hated their family, so they killed them. The end.”

Assistant District Attorney Julie Doss, holding the notebook and reading excerpts to jurors, emphasized the word “they,” putting equal blame on both brothers for the deaths of both of their parents and three younger siblings.

Robert Bever, now 21, pleaded guilty in 2016 and is now serving multiple life without parole terms. Defense attorneys for Michael Bever, now 19, have tried to deflect the guilt onto his older brother.

Because he was convicted of the first-degree murder counts, Michael Bever will return to court for the same jury to consider his sentence. Both sides can present aggravating and mitigating evidence before jurors consider a sentencing recommendation.

After deliberating about five hours, the jury sent a note to the judge Wednesday night, asking: “Does ‘in concert’ with each other and ‘principal to a crime’ apply to the charge of assault and battery with intent to kill?” The judge said she would instruct jurors that “the concept applies to all counts.”

The assault and battery charge the jury asked about is count 6, which accuses Michael Bever and his brother of acting in concert to attack their now-16-year-old sister.

Chief Public Defender Corbin Brewster downplayed the significance of the notebook, telling jurors during his closing remarks that the “ridiculous drawings” inside, all in crayon, are “very primitive.”

Michael Bever, who was 16 at the time of the slayings, also sketched numerous homages to mass killers before detention officers, considering the notebook a security issue and possible evidence in his pending case, removed it from his cell in January 2016.

Bever had been arrested early July 23, 2015, after the slayings of his parents, David and April Bever, and three siblings, Daniel, Christopher and Victoria, and a near-fatal attack on another sister.

In her closing statements, Doss acknowledged to jurors that it is overwhelming to hear about two teenagers in a Broken Arrow neighborhood “who could devise such a detailed plan to kill their entire family and go on a cross-country killing spree wherein their goal was to beat the kill numbers of all their heroes.”

“You have heard things and seen things in this courtroom that no one should ever have to see,” she said.

One of the notebook drawings, visible to spectators in the courtroom, was of a swastika in red crayon and a reference to Adolf Hitler, whom Doss described as the “ultimate” killer. Another drawing, created using a dark crayon, depicted the deaths of hundreds of people in Jonestown, Guyana, in 1979 after they drank poisoned Kool-Aid at the suggestion of a religious cult leader.

A third image was related to the 2012 mass shooting at a movie theater in Aurora, Colorado.

Among the five who died and the 13-year-old survivor, Bever family members suffered a total of 141 stab wounds.

Assistant District Attorney Sarah McAmis started counting them for the jurors during closing arguments, making a stabbing motion in the air with an imaginary knife.

“One, two, three, four,” McAmis said, suggesting that jurors go through the motions themselves, except instead of stopping after four strokes as she did, they should repeat the motion all 141 times as they begin deliberations Wednesday evening.

“You ask yourself if it is physically possible for one person to do all that,” McAmis told jurors, reminding them that the knife attack started about 11:30 p.m. on July 22, 2015, and ended roughly 10 minutes later when police arrived.

Michael Bever’s defense has blamed his older brother, Robert, for most if not all of the stabbings that night, saying Michael “got caught up in his mentally ill brother’s fantasy turned reality turned nightmare.”

“There are layers to this story,” Brewster told the jurors. “It’s not black and white.”

The prosecution ended its arguments by replaying a 911 call that 12-year-old Daniel Bever made at 11:32 that night, whispering “help” several times before telling the operator that “my brother is attacking my family.”

Part of the audio was difficult to hear in court, but prosecutors contend that the boy can be heard saying, “Michael, please don’t murder me,” before the phone went dead.

In closing arguments, prosecutors reminded jurors of several actions Michael Bever took on the night of the killings according to the defense’s star witness, Robert Bever.

At the start of the attack, Michael distracted their 13-year-old sister while Robert came up behind her and slit her throat, McAmis said, citing Robert’s testimony in the four-week trial.

Michael turned off the home’s alarm system, warned Robert that their father was coming downstairs, smashed a cellphone, tricked three young siblings into opening locked doors and dragged the 13-year-old back inside the house after she managed to briefly escape into the yard, McAmis said, citing Robert’s testimony.

“Even if you believe every word that came out of his mouth,” McAmis said, “that’s enough” to justify a guilty verdict.

Brewster, however, urged jurors to distinguish between the two brothers and what each did that night.

Michael, though 16 at the time of the killings, had the mental age of a 10-year-old and hero-worshipped his older brother, who is now being treated for severe mental illness while serving life in prison, Brewster told the jury.

Michael didn’t actually attack anyone and didn’t really want his family members to die, but “he got caught on a wave of chaos and mental illness,” Brewster said.

During closing remarks, prosecutors revealed for the first time that Michael Bever’s internet activity included searches for information on torture, familicide, mass murder, capital punishment, the minimum age in Oklahoma to be eligible for the death penalty, “Glock 41” and knives.

“He’s helping. He’s aiding. He’s right in the middle of it,” Doss said. “He’s putting on his body armor when his younger siblings are putting on their PJs.”

But Brewster stressed the defense’s belief that Michael, who testimony indicated has a learning disability, fell under Robert’s influence and, because of the family’s isolation, had nowhere to turn for help. The children were home-schooled.

He said Robert Bever’s testimony on Friday and Monday proves that the older brother is “demonstrably sick,” and he contended that prosecutors’ version of events presented in their opening statements didn’t match the evidence presented during the trial.

Brewster showed the jury three enlarged photos of the brothers and used a close-up picture of Robert Bever’s face upon his arrest to place four Post-It notes on the blood spots a DNA analyst compared to profiles obtained for each family member.

He emphasized that Michael Bever had only his own blood and that of his mother, April Bever, on his clothing, while none of his family members could be excluded as contributors of blood collected from Robert Bever.

“It was Robert Bever’s descent into mental illness, and Michael was put into a container with that,” Brewster said of his client’s living situation.

“It was a pressure cooker, and it blew up in an awful and overwhelming way.”

Gov. Kevin Stitt vowed to reverse a decision by state health authorities allowing for individuals to request an amended birth certificate in which they would identify as neither male nor female.

Sheriff's officials said Halyna Hutchins, director of photography for the movie "Rust," and director Joel Souza were shot. The Santa Fe New Mexican reported Baldwin was seen Thursday outside the sheriff's office in tears, but attempts to get comment from him were unsuccessful.

Five members of the Bever family were stabbed and slashed to death in their large home in the Indian Springs neighborhood in south Broken Arrow in 2015, and another family member was critically injured in the attack. The home then sat empty until it was razed after a fire last year. Tulsa World file