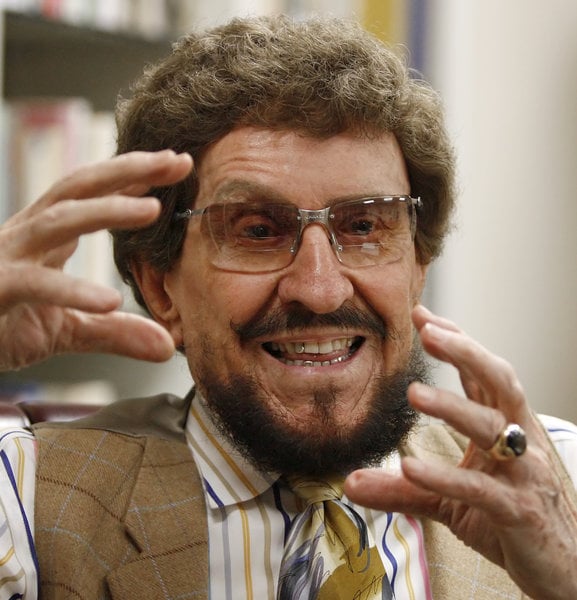 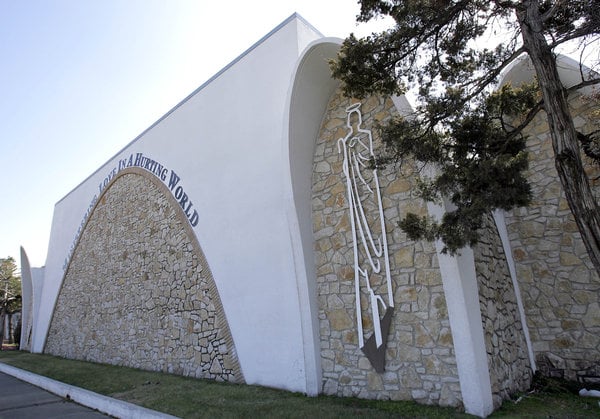 T.L. Osborn's eyes light up and he becomes animated when he's talking about his favorite subject: helping people.

"That's what keeps me going," said Osborn, the Tulsa-based missionary-evangelist who is a major figure in global Christianity.

For the past 61 years, Osborn has been holding huge outdoor healing services that often draw several hundred thousand people to open fields in Africa, Asia, South America and Europe.

He pioneered that form of reaching masses of people with the message of Christ, a method which has since been duplicated by others.

In a rare interview, Osborn sat down this week with the Tulsa World to talk about his life and ministry.

He was born near Chickasha, the 12th of 13 children.

When he was about 13 years old, an older brother took him to a small church in Mannford, where he says he committed his life to Christ.

When he was 15, he had an unusual experience near his house that set him on the path to ministry.

"I was going into the woods to get the milk cows, and I was crying," he said.

"I didn't know why I was crying. I knelt down by a great big sandstone boulder and I asked the Lord, 'Why am I crying? I don't know why.' "

"I heard: 'Would you cry if you thought you might someday be a preacher?'

"I laughed. I looked like an idiot out there, laughing and crying. That was the first time I ever considered it."

Later that year, an evangelist asked him to travel with him, to help reach young people.

He dropped out of school after the eighth grade, and for the next 2 1/2 years traveled with the evangelist, preaching Friday night youth services.

His travels took him to California, where he met Daisy, the love of his life. They married a year later, when he was 18. She was a violinist and clarinetist.

"She filled my life," he said.

For several years, they ministered together in churches on the West Coast, and pastored.

In their early 20s, they decided to become missionaries to India.

"In India, we had a very difficult time," Osborn said.

"The Hindus and the Muslims were very nice to us. They must have looked at us as a nice young couple.

"I couldn't prove that the Bible was right. That was when we made the decision to go home," he said.

Frustrated by their failure, embarrassed and disappointed, they returned to the United States.

"Our dilemma was, we hadn't been able to prove the message of Christ. We felt like we needed miracles," he said.

Back in California, they sought out people who were experiencing miracles in their ministries, but every attempt to meet them was frustrated.

Then Osborn had another experience that changed his life.

He went to hear a woman preacher, Hattie Hammond, preach on the subject, "If you ever see Jesus, you'll never be the same again."

"The next morning, Jesus Christ walked into my bedroom," Osborn said. "He didn't walk on the floor, he walked on a cloud, his eyes seemed to burn with fire, but not like hate fire, but loving fire. It was awesome — I was happy, I was frightened, I was changed. I laid on the floor for eight hours, unable to get up. It was life-changing. I can't explain it."

Then Osborn went to a healing service.

"We saw miracles before our eyes," he said.

"We went home, got out the Bible, read all the promises, and it dawned on us, these disciples are dead, but we're not, so he's talking to us.

"We were spellbound. It seemed like everything was so biblical. A voice was talking to me: 'You can do that. You're one of his disciples.' "

The Osborns decided to set aside everything they had been taught and make a fresh decision to do what the Bible says to do.

They held a healing service and invited the sick.

"The church was full," Osborn said. "God knows idiots when he sees them, but he was good to me. Everything we touched was healed.

"One woman, 14 years before, had been in a terrible automobile crash. The right side of her hip was crushed. It hadn't been set right, and as it healed, it had drawn up and twisted. Her right foot was about 8 inches off the floor. Here she came. Her bones cracked, we heard them. Then her foot went down to reach the floor and everything was normal. She was crying and walking up and down the aisle."

Word of that meeting spread. The Osborns were invited to Jamaica, where they saw similar healings, he said, and then to Cuba, where the newspapers wrote full-page articles about the services.

That was the beginning of a ministry that took them to nearly 100 nations over the next six decades.

In 1995, Daisy Osborn died, forcing T.L. Osborn to go on without his co-minister and companion of 54 years who did all of the advance work for the meetings.

Within a year, Osborn had transitioned to ministry without Daisy.

"I never remarried," he said. "I never wanted anyone else."

His greatest joy, he said, is helping people.

"I just think people are wonderful. We have such creative power in us, if we would just realize it.

"I believe people need to know certain things about God. He's not mean. God is not mad at anyone here. He loves us."

In a rare Tulsa appearance, Osborn will speak next week at the International Gospel Center, a local church associated with Osborn Ministries, International.

bill.sherman@tulsaworld.com SUBHEAD: Evangelist returned from India with something to prove DECADES: OF DEDICATION

How to prepare your home for cooler weather

5 things to know about Sweetest Day

Do you celebrate Sweetest Day? Here are a few things you should know about the mid-October holiday that started out as "Candy Day."

Master Gardener: Tactics to remove gophers from your yard

Mounds of dirt let you know you have gophers actively digging in your yard looking for food. Active gophers can make up to 200 mounds like these in a year.

This week's showcase home is a cozy, beautifully designed farmhouse nestled atop a hill overlooking the countryside near Mounds.

Ferguson said her background has helped prepare her for whatever challenges the "Project Runway" producers may throw at her.

Every year I enjoy the tulips I see around town in the spring. When do I need to plant those? — L.W.

Ivermectin has been lifesaving for people with parasitic infections like river blindness and strongyloidiasis. But taking it for COVID-19 may result in the opposite effect. Here's a brief history.

The chemical is in food storage containers, shampoo, makeup, perfume and children's toys. Here are tips to reduce your exposure.

Q: I divorced my husband two years ago. He signed a quitclaim deed giving me the house. There is a loan on the home, but my name was never on the loan.

The Rome-based design team has just unveiled renderings of a brand new 69-meter yacht design with a "gaping hole" right in the middle.