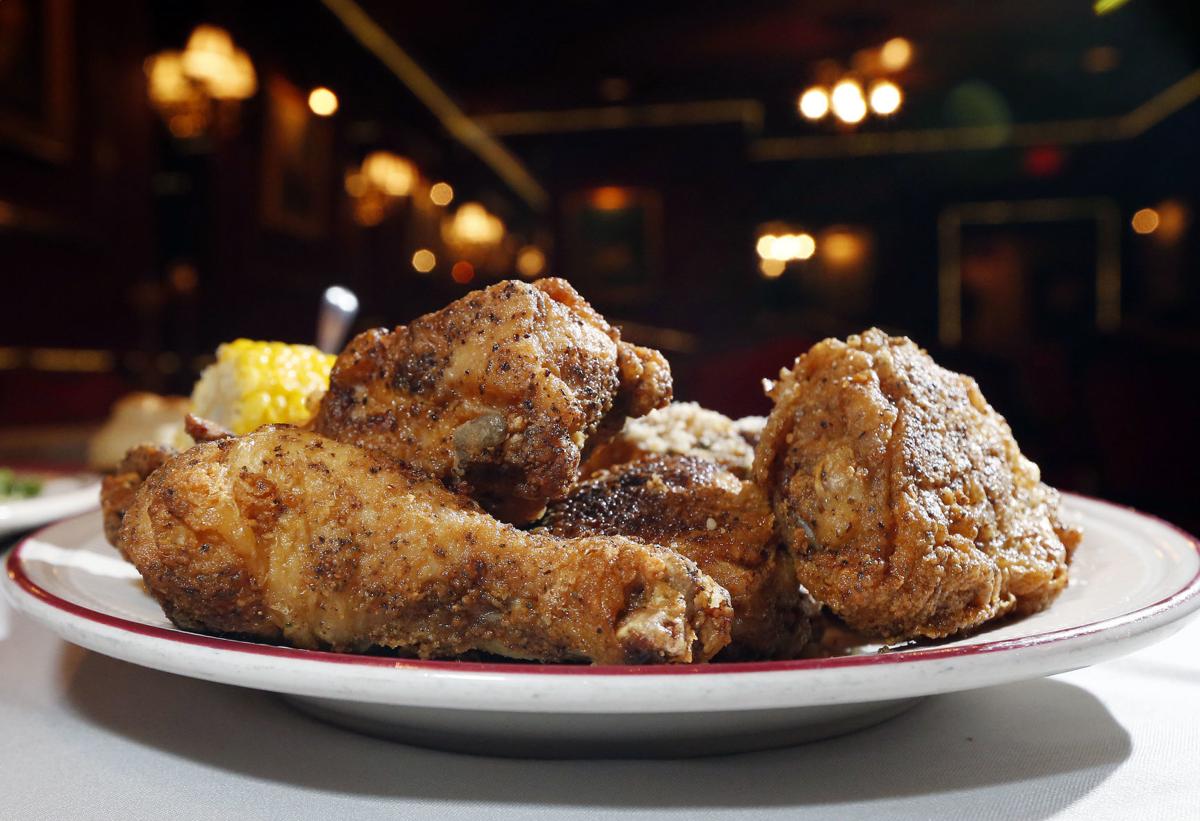 The famous fried chicken from Celebrity Restaurant will be on the menu for this year's Restaurant Week, as part of the special prie-fixe menu and in a take-home dinner for four. Several participating restaurants are offering take-home meals as part of this event that raises funds for the Community Food Bank of Eastern Oklahoma. 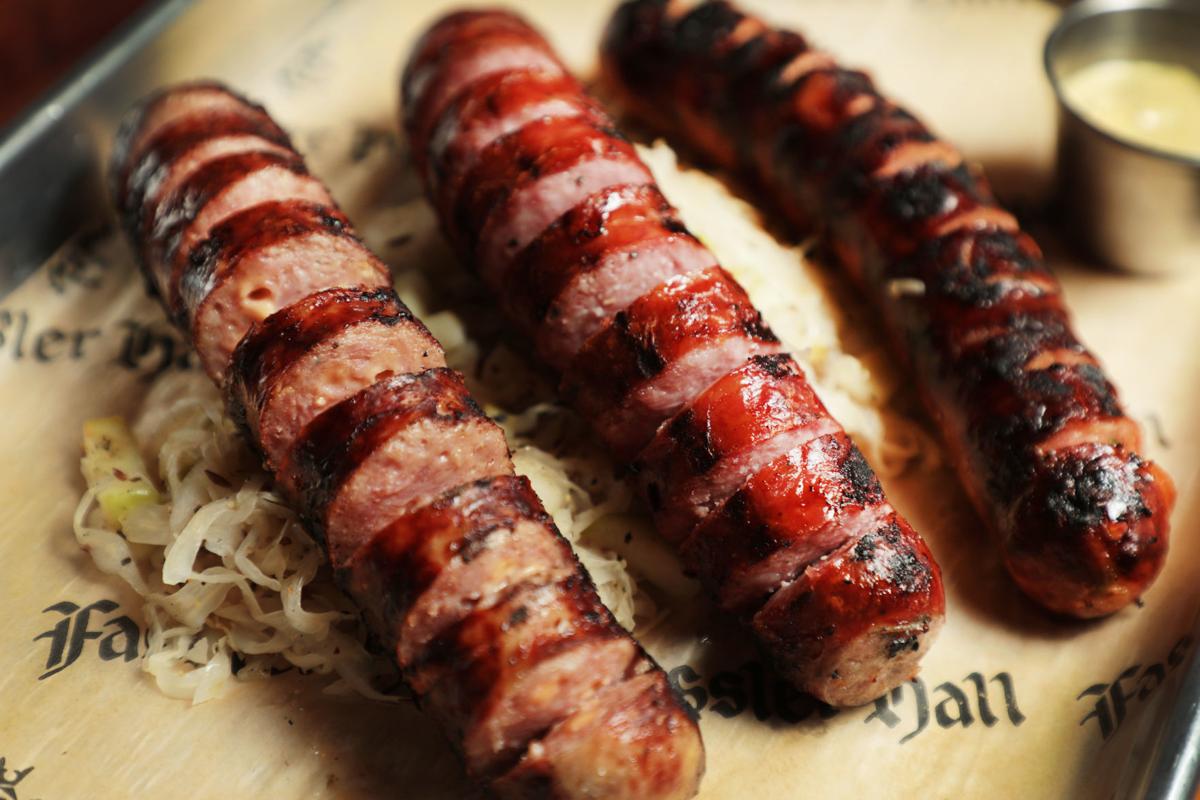 Fassler Hall is offering a special take-home meal for four featuring its famous sausages as part of this year's Restaurant Week.

Thirty-nine of the city's top restaurants will be taking part in the 14th annual Restaurant Week, offering special prix-fixe menus for brunch, lunch and dinner, with proceeds from sales benefiting the Community Food Bank of Eastern Oklahoma.

The special menus will be available at participating restaurants Sept. 4-13. The money raised through this event will be used to match a $25,000 grant to the food bank from the George Kaiser Family Foundation.

Select restaurants will have a craft cocktail as part of their Restaurant Week menu, with the price set by the restaurant. The purchase of a cocktail will result in a $1 donation to the food bank.

This year, several participating restaurants will be offering special take-home meals designed to feed a family of four for those who may not be comfortable in a restaurant setting. These meals are all priced at $50, with $8 going to the food bank.

Proceeds will go toward the Community Food Bank of Eastern Oklahoma's Food for Kids program, which addresses childhood hunger and works to ensure that food-insecure children in the region have a reliable resource for nutritious meals throughout the year. Each $1 donation equals three meals for the program.

Complete menus for all participating restaurants can be found at tulsapeople.com/restaurantweek.

Participating restaurants for the 2020 Restaurant Week are:

• The Bistro at Seville

• In the Raw Brookside

• In the Raw on the Hill

The Stonebrook Project, a local nonprofit organization that offers therapeutic massage for people dealing with the pain and stress of cancer treatments, will hold a wine and jazz festival at 6 p.m. Saturday, Sept. 5, at the Post Oak Lodge & Retreat, 5323 W. 31st North.

The evening, which will be held outdoors on the Post Oak grounds to provide for social distancing, will feature saxophonist Grady Nichols and vocalist Andy Crisman as headliners. Ana Berry and Bossa will be the evening's opening act.

Tickets are $60 general admission and $100 for VIP admission, which includes a meeting with the performers, a pre-event wine tasting and premier seating.

To purchase and more information: thestonebrookproject.org.

The Child Abuse Network has decided to transform its upcoming Superhero Challenge obstacle course and fun run, which had been rescheduled to Oct. 4, into a virtual event.

“We are committed to the health and safety of our community and felt it was necessary to transition the event to a completely virtual format,” said Maura Guten, president and CEO of the Child Abuse Network. “While the decision was not easy and we are concerned about the impact this will have not only on the funds generated by this event, but also the awareness opportunity to bring the mission of CAN to hundreds of families, we believe it is in the best interest of our staff, donors and the public at large.”

Those who register to take part in the event by Sept. 15 will receive an event race packet that includes the official 2020 Superhero Challenge T-shirt, a race medal, finisher ribbon, color-your-own race bib and an obstacle course inspiration sheet. Registration will remain open until Oct. 1, but T-shirts will not be available. Registration fee is $25.

Families are encouraged to use the obstacle course inspiration sheet to create backyard courses during October and to post videos and photos of those running the courses using the tag @childabusenetwork. One participant will be randomly selected at the end of the month to receive four CAN Superhero Challenge course registrations to the 2021 CAN Superhero Challenge.

“We still want to encourage this family-fun activity that people can do in their own backyard to promote wellness, family togetherness within the confines of the pandemic and also give families a break from the monotony they may be experiencing,” Guten said.

To register and more information: cansuperherochallenge.org.

Watch now: A short trip to Duncan is worth it for the beer, food, shopping

Beer, food and a great night stay is only three hours away in Duncan.

Gourmet to go: Get great food from Tulsa chefs with ease

Master Gardener: Fall is the best time to plant trees and shrubs

The reason is that when we plant trees and shrubs in the fall, they have the fall, winter, and spring to develop a root system that will help them survive our Oklahoma summers.

Master Gardener: Good wasps exist and can help your garden

There are several wasps that are beneficial for gardeners because they capture and devour destructive caterpillars we don’t like to have in our garden. So let’s talk about some wasps.

A look at each state's best county to live in

What makes a county great? Take a good mix of outdoor activities and cultural attractions, throw in good schools, job opportunities, and affordable housing, and you'll likely have happy residents.

The 15 cities with the most single parents

In spite of the strain experienced by many single parents, the percentage of single-parent households has tripled from less than 10 percent of families with children in 1950 to about 30 percent in 2019.

The 20 cities that have been taking the most road trips

Despite sharp declines in total travel since the COVID-19 pandemic, Americans have been taking significantly more long-distance road trips than in previous years.

After reports of teen injuries and deaths, the FDA warned of "serious problems with high doses" of Benadryl in the "Benadryl Challenge" on TikTok.

The famous fried chicken from Celebrity Restaurant will be on the menu for this year's Restaurant Week, as part of the special prie-fixe menu and in a take-home dinner for four. Several participating restaurants are offering take-home meals as part of this event that raises funds for the Community Food Bank of Eastern Oklahoma.

Fassler Hall is offering a special take-home meal for four featuring its famous sausages as part of this year's Restaurant Week.