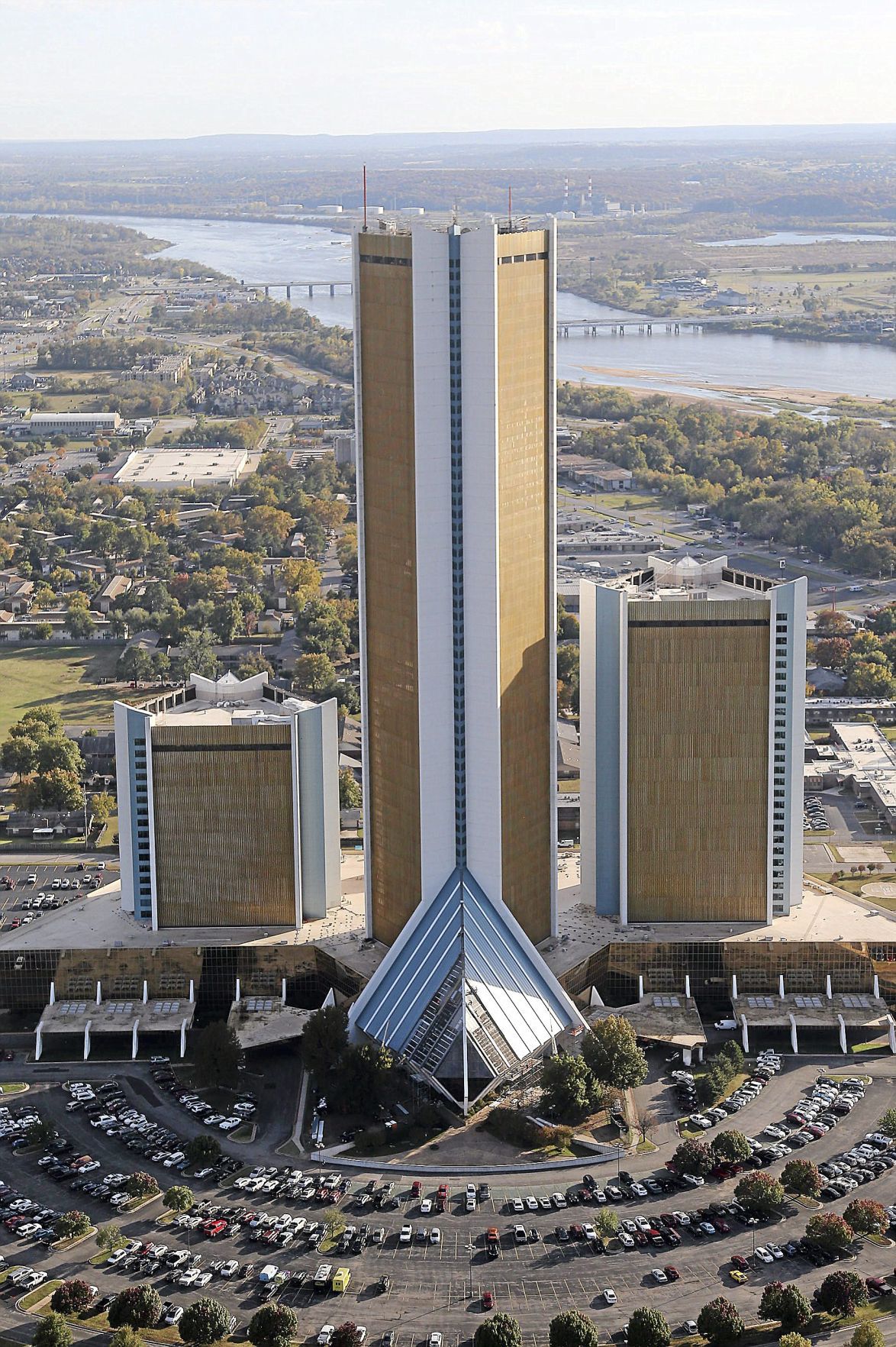 CityPlex has 2.2 million square feet of office space in three towers — 20, 30 and 60 stories — on a four-story base. TOM GILBERT/Tulsa World file 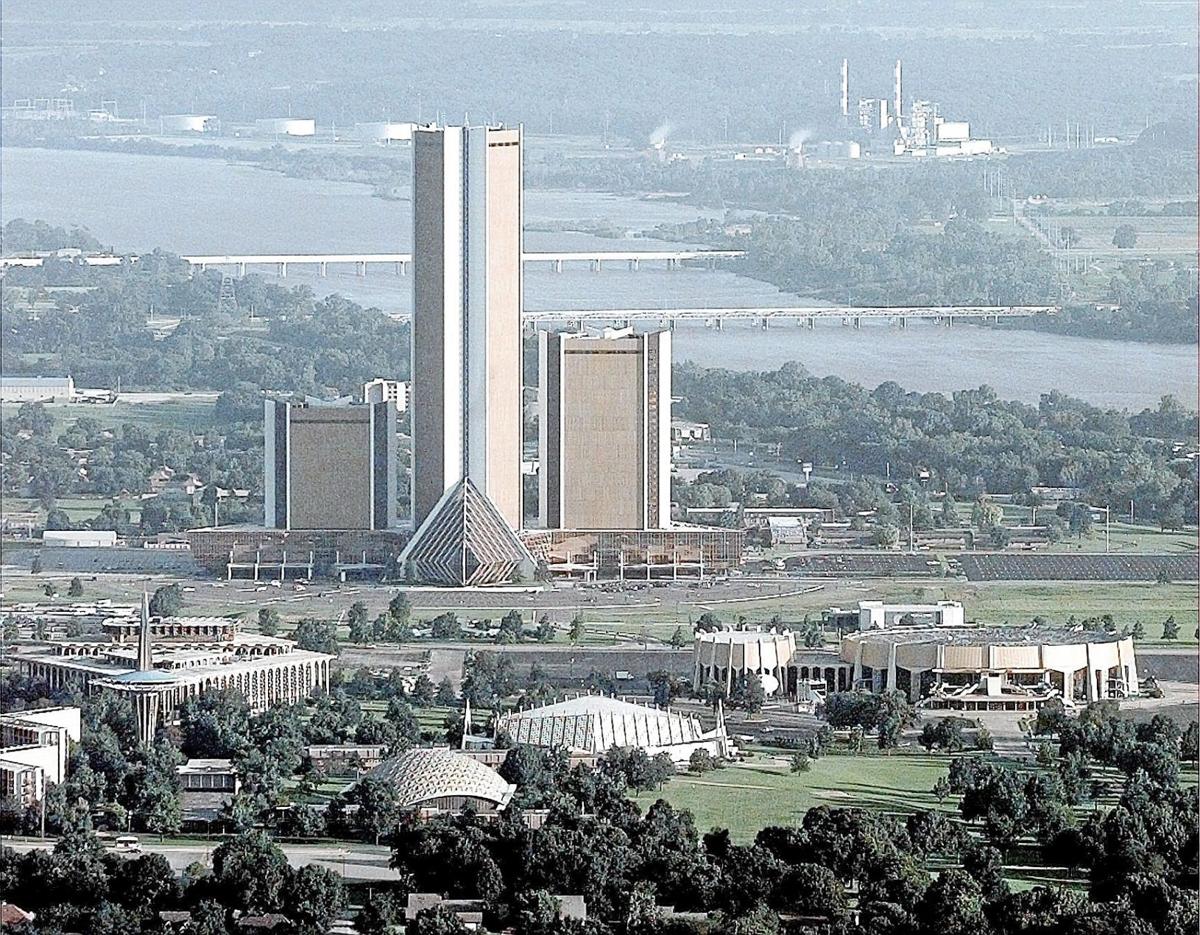 The three tall structures were built to house the City of Faith Hospital, which opened in 1981. The hospital and medical school closed eight years later due to a $25 million debt. It is now an office complex called CityPlex Towers. Tulsa World file

Oral Roberts University has won a $32 million, 20-year contract to lease office space to the federal government in its CityPlex Towers at 81st Street and Lewis Avenue.

Under the contract, ORU will provide 86,500 square feet of office space and 60 parking places.

The lease agreement will begin when the space is prepared for occupancy, which is expected by next summer, said Tina Jaegerman, public affairs officer for the U.S. General Services Administration.

The GSA’s Public Building Service leases space for federal agencies in privately owned buildings when no suitable space is available in government-owned buildings.

Jaegerman said she could not provide any information about what federal agency or agencies will use the space.

Ossie Mills, vice president of communications and marketing at ORU, said that “as a matter of practice, we do not and cannot comment on actual or prospective lease terms, solicitations or negotiations.”

ORU has leased space to private businesses in CityPlex Towers for many years.

One of Tulsa’s tallest buildings, the facility has 2.2 million square feet of office space in three towers — 20, 30 and 60 stories — on a four-story base.

CityPlex Towers was built by Oral Roberts from 1979 to 1981 as the City of Faith Medical and Research Center, which was intended to be a major medical facility dedicated to bringing together modern medicine and the healing power of prayer.

The facility was controversial from the beginning, meeting opposition from Oklahoma health officials who said it was not needed, and financial struggles.

Roberts’ prediction that it would bring patients from around the country was not realized. By 1988, it had lost $60 million providing patient care, according to news reports at that time.

The next time you go to order a Momma's Pancake Breakfast, you can add a mimosa to your order.  The "old country store" chain has added alcohol to the menu.

Gourmet to go: Get great food from Tulsa chefs with ease

Master Gardener: Fall is the best time to plant trees and shrubs

The reason is that when we plant trees and shrubs in the fall, they have the fall, winter, and spring to develop a root system that will help them survive our Oklahoma summers.

Buying Guide: Protect your Amazon deliveries from theft with BoxGuard

Missing packages will be a thing of the past.

A look at each state's best county to live in

What makes a county great? Take a good mix of outdoor activities and cultural attractions, throw in good schools, job opportunities, and affordable housing, and you'll likely have happy residents.

How to stop glasses from fogging up when wearing face mask

It's a pesky problem: As soon as you strap on your cloth face mask and head out the door, your glasses fog up. But there's a simple fix for that.

The 15 cities with the most single parents

In spite of the strain experienced by many single parents, the percentage of single-parent households has tripled from less than 10 percent of families with children in 1950 to about 30 percent in 2019.

The 20 cities that have been taking the most road trips

Despite sharp declines in total travel since the COVID-19 pandemic, Americans have been taking significantly more long-distance road trips than in previous years.

CityPlex has 2.2 million square feet of office space in three towers — 20, 30 and 60 stories — on a four-story base. TOM GILBERT/Tulsa World file

The three tall structures were built to house the City of Faith Hospital, which opened in 1981. The hospital and medical school closed eight years later due to a $25 million debt. It is now an office complex called CityPlex Towers. Tulsa World file