For those first few weeks in the hospital, it was about the only way Aurash Zarkeshan had of communicating.

“I had a breathing tube in, so I couldn’t talk. And one of my academy classmates who was visiting me came up with that idea,” he said.

Zarkeshan still doesn’t remember much from that dark time earlier this year. But there was one exchange, he said, that he was told about later.

“My friend asked me once if I still wanted to be a police officer.”

In reply, Zarkeshan gave him one really firm squeeze of his hand.

“It was still a pretty rough time for me then,” he said. “But it shows that from the get-go, I knew.

“I knew I was coming back.”

Today, six months since being shot in the head during a traffic stop June 29, Zarkeshan is still just as committed to his professional calling.

He returned to light duty with the Tulsa Police Department in November. Meanwhile, doctors expect him to make a full recovery, he said.

As grateful as Zarkeshan is to be alive, though, he’s still coming to terms with all that happened.

In the same June incident that left him clinging to life, his supervisor, Sgt. Craig Johnson, was also shot and would die later from his wounds.

The news that two officers had been shot, one of them fatally, sent shockwaves across the community. It had been almost 25 years since the city last had a police officer killed in the line of duty.

Uniting to pay their respects for Johnson and support his family and fellow officers in various ways, Tulsans came together.

They also prayed for Zarkeshan and kept up with his progress.

In a year of consistently bad news, the young officer’s unlikely survival and recovery would become the one story that seemed to offer hope.

A native of Moore and 2012 graduate of Southmoore High School, Zarkeshan originally thought he was going to study architecture.

But at the University of Central Oklahoma, he switched to criminal justice.

Eight years later, he has no regrets.

“I wanted to be in a career that not everybody gets to do and where I am in a social role helping people every day,” he said.

Zarkeshan joined TPD in May 2019, and was assigned to the graveyard shift as a patrol officer.

The late-night work quickly grew on him.

“I like the proactive, personal part of policing,” he said. “And sometimes as a patrol officer, you don’t get to do that if there’s a ton of calls. The graveyard shift has the luxury of not having as many calls.”

As Zarkeshan interacted with the public, he especially enjoyed the opportunity “to impact somebody’s perspective.”

‘Took me under his wing’

Although his time with him was only a few months, Zarkeshan learned a lot about policing from Johnson, whom he knew as a friend and mentor.

“He really took me under his wing,” said Zarkeshan, fresh out of field training when he first met his supervisor.

“He was extremely kind-hearted and treated everybody in his squad with respect. He had a ton of experience both in the field and as a supervisor.

“Also, Craig was a doer. If something needed to be done, he wouldn’t beat around the bush. He’d just go and do it. That’s something I want to continue to do throughout my career with TPD.”

Right now, what needs to be done is Zarkeshan’s recovery.

That’s where his focus will remain.

“‘Miracle’ really is the right word,” he said of his survival and the progress he’s made since June.

The best therapy of all, Zarkeshan said, was coming back to Tulsa in October after several weeks of rehabilitation in Denver.

He feels a bond to Tulsa, and it’s only grown stronger the more he’s learned about the city’s response.

“The way the community came together to support me, my family and Sgt. Johnson’s family — it just solidifies the fact that I made the right choice in coming to Tulsa and TPD. I know that 100%,” Zarkeshan said.

“I’m proud to be here in the field that I’m in and serving this community.”

Read about the other Tulsans of the Year

Tulsans of the Year: G.T. Bynum

Watch Now: How to reduce your stress levels

PennyWise Episode 46: Why new changes to life insurance may benefit you to buy right now

PennyWise Episode 46: Why new changes to life insurance may benefit you to buy right now

These essential oils are amazing for curly hair

These essential oils are amazing for curly hair 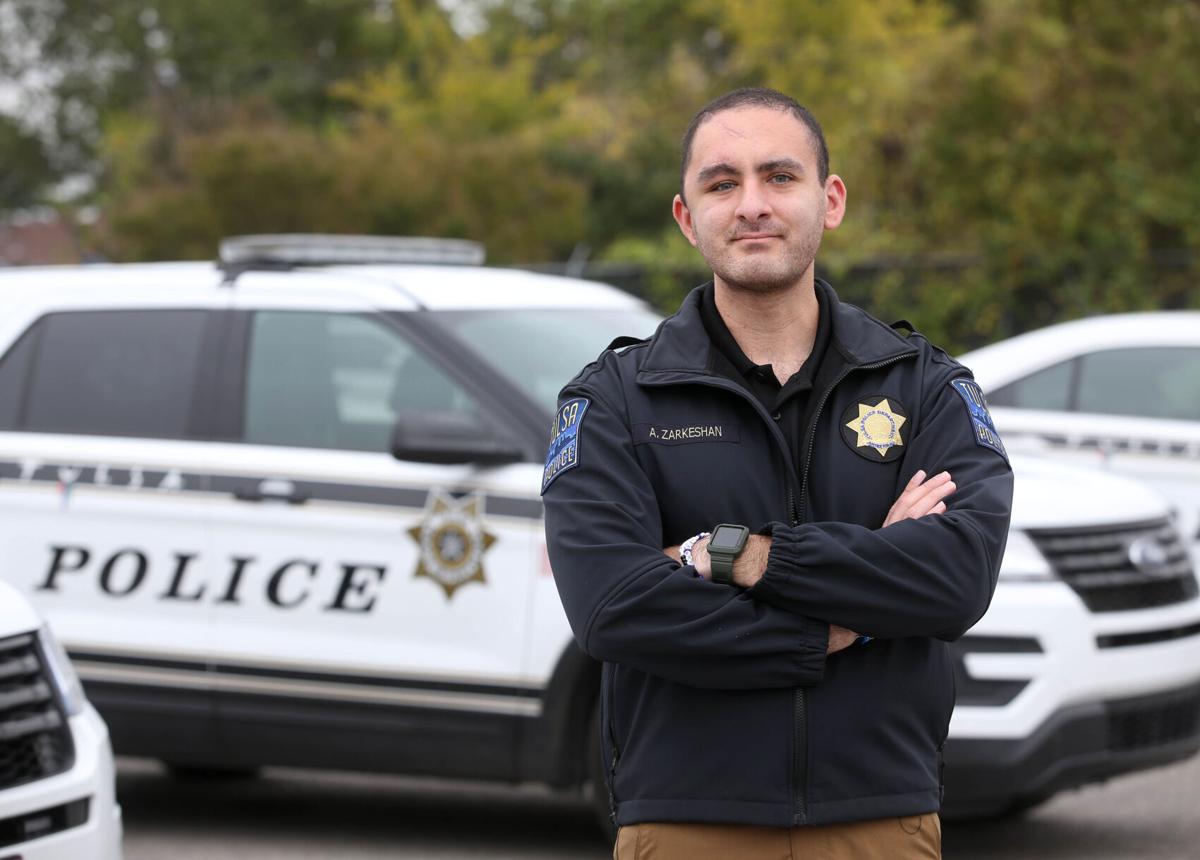 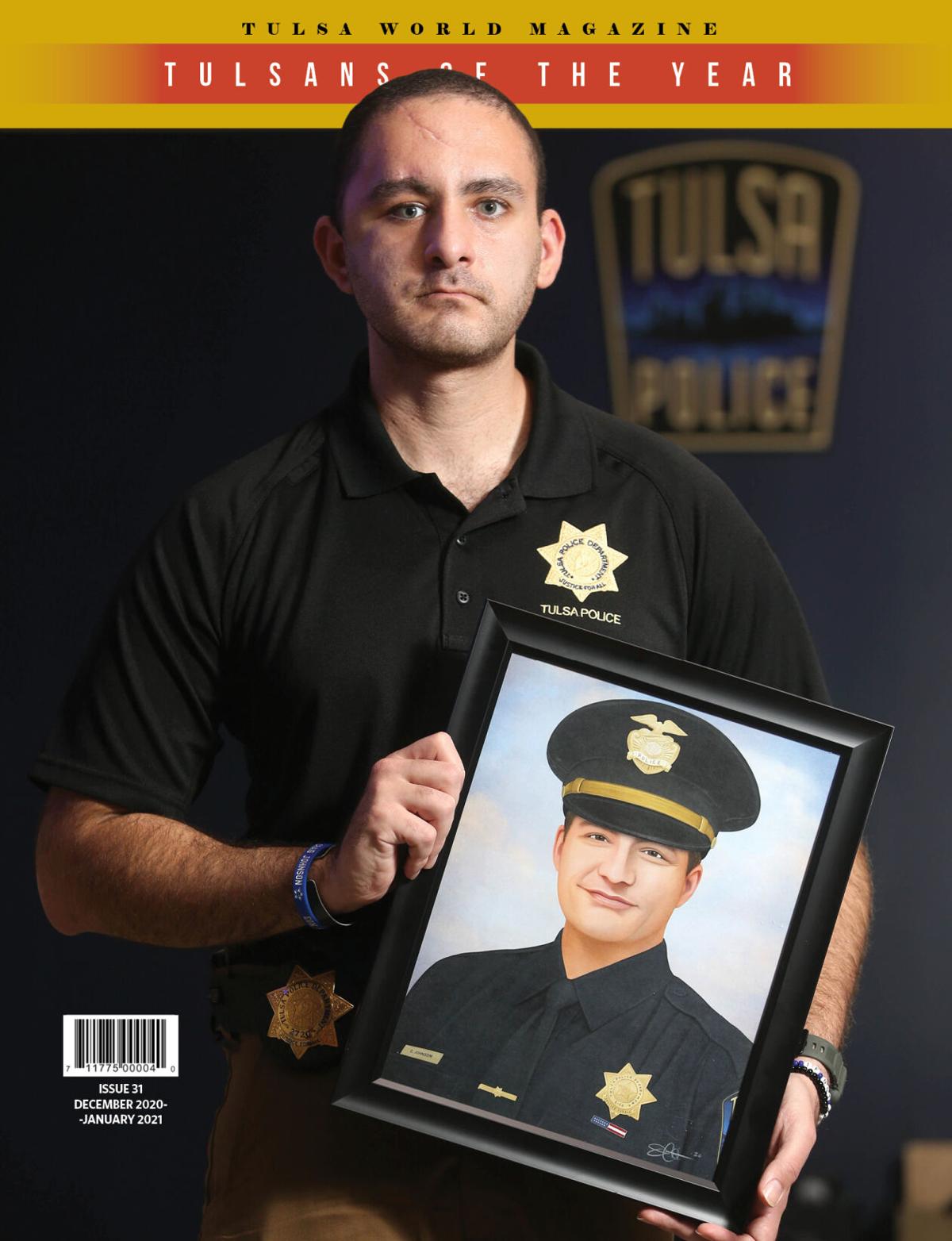