Texas-raised music artist Clay Walker, during an August interview with the Tulsa World, began talking about the remarkable number of music artists (including buddy Toby Keith) who have come from Oklahoma.

If you love travel and you love music, travelok.com mapped out possible road trips for you.

Seek out the Oklahoma Music Trail Rhythm & Routes section of the site for a wealth of information about Oklahoma-connected music artists.

From that segment of the site, you can click on “itineraries” and take your pick of follow-the-dots maps that show which Oklahoma towns served as historically significant for Okie music stars.

1. Maud Historical Museum, 130 E. Main, Maud. Jackson, the queen of rockabilly, was born in Maud. Stop at this local museum, which is housed in the old Irby Drug Building, to see memorabilia and photos from Jackson as well as the drug store’s original soda fountain.

4. Wanda Jackson’s childhood home, 721 SE 35th St., Oklahoma City. After the Jackson family moved back to Oklahoma from California, Wanda and her parents lived in this house during her high school years. During that time she started singing on the radio and began performing for fans across the city.

5. Capitol Hill High School, 500 SW 36th St., Oklahoma City. Jackson attended this high school. Her career as a singer took off when she was discovered at age 15.

1. Northeastern State University, Tahlequah. While attending NSU, Underwood sang and danced with Downtown Country, a Branson-style performance group, and also earned the title of runner-up in the Miss Northeastern State University pageant in 2003. Before graduating, she became an “American Idol” champ and later returned to fulfill a promise to her parents by finishing degree work.

5. Checotah High School and football stadium. Underwood graduated from the school in 2001.

6. Where Highway 69 meets I-40, Checotah. The song “I Ain’t in Checotah Anymore” begins and ends with “Where 69 meets 40/There’s a single stop light in town.” The town is Checotah. Look for a sign along Highway 69 that reads “Checotah, Home of Carrie Underwood – American Idol 2005.”

1. Former home of Brooks and Trisha Yearwood, 19393 Clear Brook Road, Owasso. This Owasso ranch was their family home before moving to Nashville in 2014. They agreed they would move once their three daughters finished high school.

4. Oklahoma State University, Stillwater. Brooks attended OSU from 1981 to 1985, majoring in advertising. He threw the javelin for the OSU track and field team.

7. Garth Brooks Boulevard, Yukon. On May 31, 1992 Yukon renamed 11th Street in honor of Brooks, who spent his childhood there.

10. Childhood home, 408 Yukon Ave, Yukon. Fans have referred to this as the “Graceland of Yukon.” 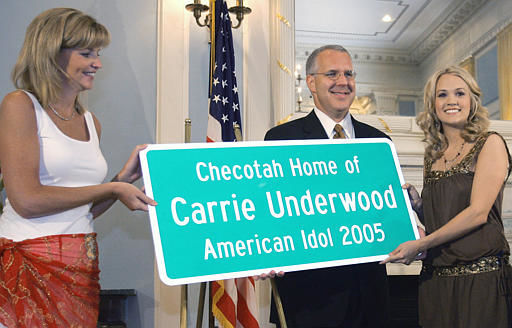 Carrie Underwood (right) is presented with a replica of a road sign to be placed in her hometown of Checotah by then-Oklahoma Gov. Brad Henry and Oklahoma first lady Kim Henry at a news conference in 2005. 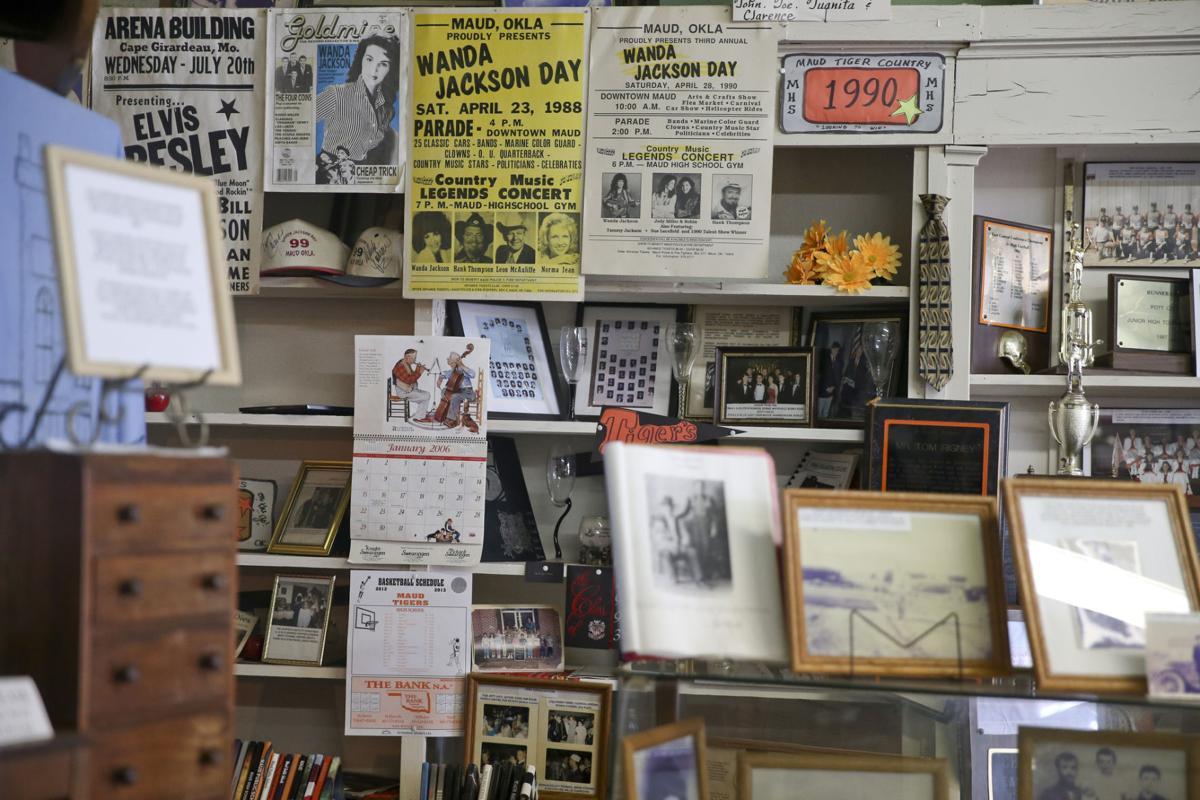 Posters with Wanda Jackson’s tour history are part of the scenery at the Maud Historical Society Museum in Maud.

This image from 2012 shows a water tower in Yukon that bears the name of Garth Brooks. 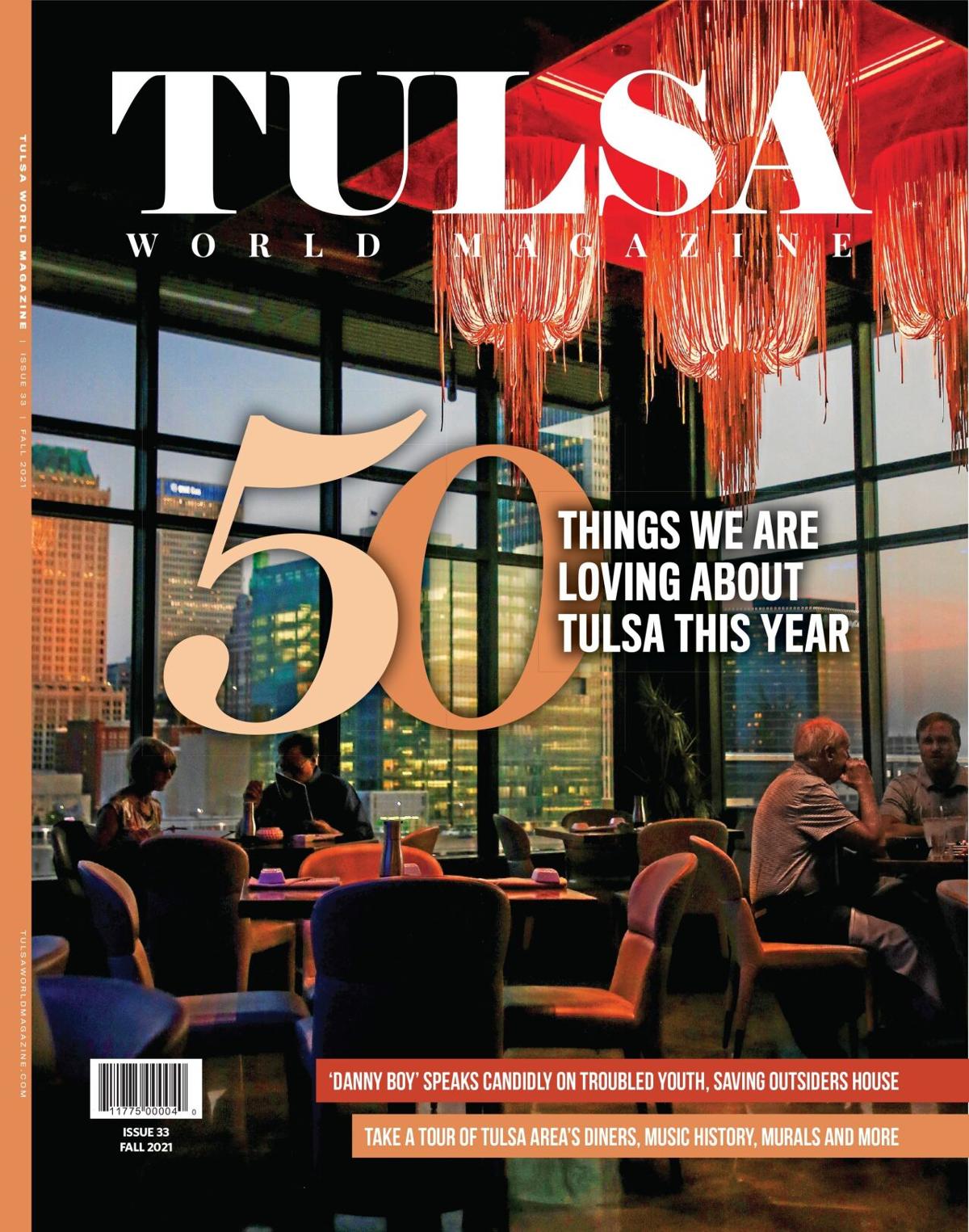