Gunman kills 6, then self, at Colorado birthday party

Retraining the brain: Many are finding help with neurofeedback therapy
0 comments
Share this
{{featured_button_text}}
1 of 2 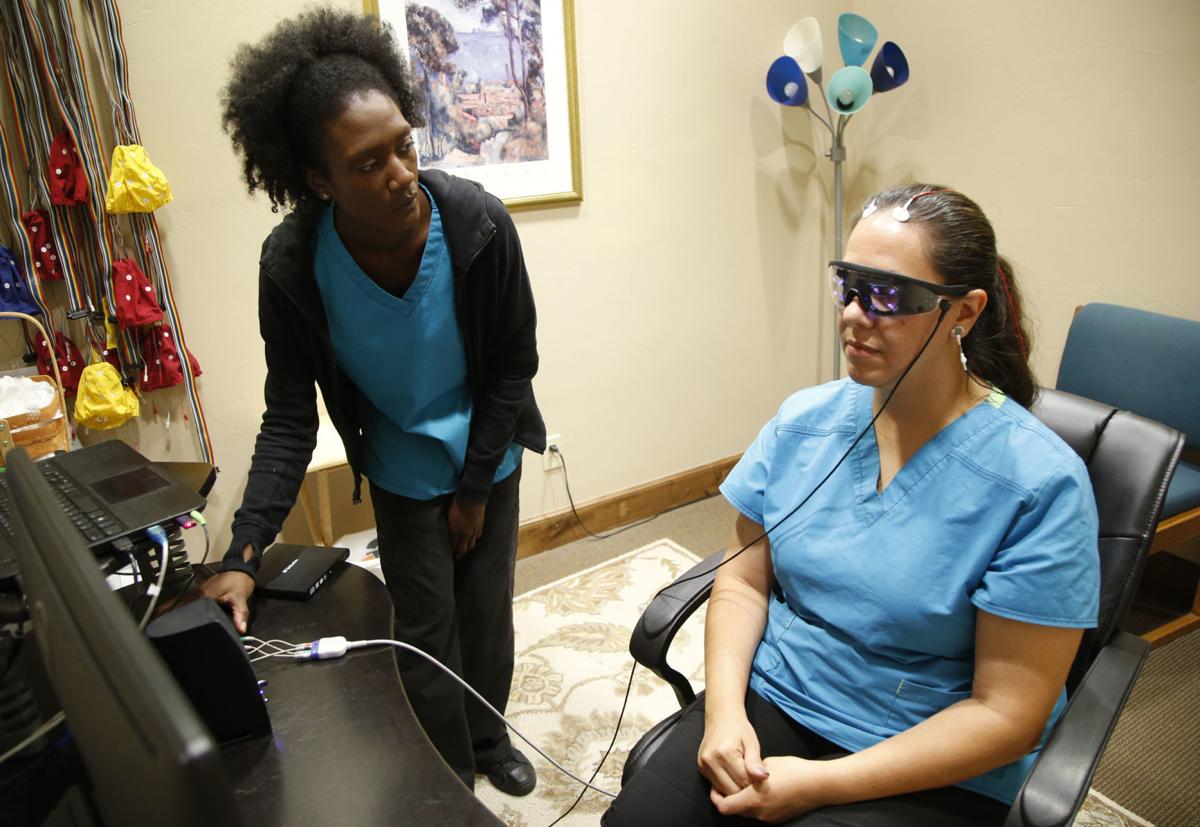 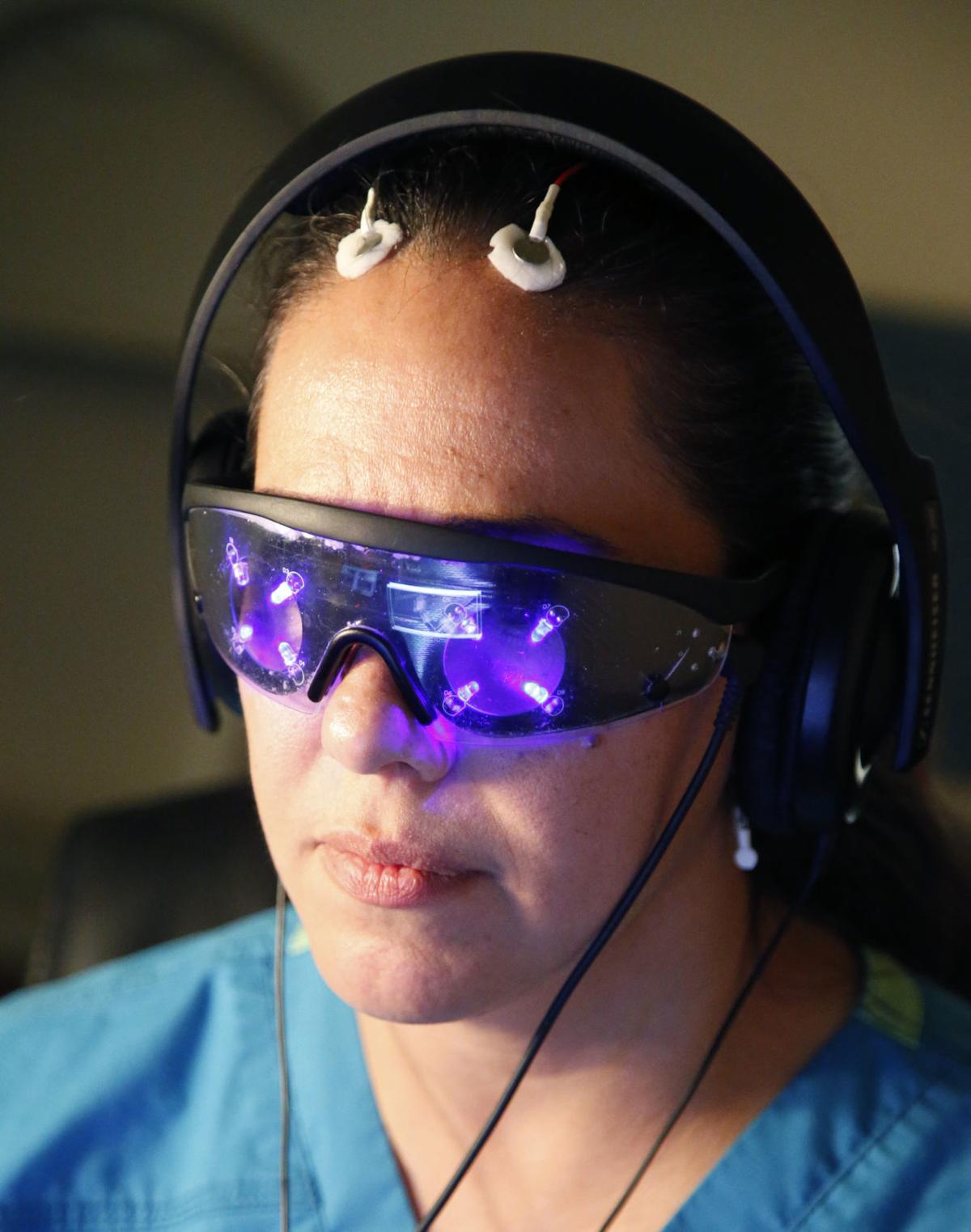 A close friend, who was afraid to fly and had panic attacks aboard planes, had to go to Las Vegas for a conference, where he agreed to undergo a demonstration of neurofeedback therapy.

“If you do this,” the technician promised, “you won’t have a panic attack on the flight home.”

“Yeah, right,” Dr. Barry Gardner’s friend scoffed. But, in fact, he did stay calm on the flight.

Amazed by the result, the friend told Gardner that he should consider making neurofeedback therapy a sideline to his chiropractic office. And Gardner took the idea to his wife, Cyndie.

“We researched it and prayed about it,” Gardner said. “And we realized what kind of potential it had to help people.”

When the RenuYou Neurofeedback Center of Tulsa started 10 years ago, the entire operation fit into a back room that measured less than 300 square feet. But Gardner soon had to add a second room and hire a full-time employee. And before long, RenuYou supplanted his chiropractic office entirely.

Two years ago, RenuYou moved into a larger facility near 71st Street and Yale Avenue, where Gardner has eight therapy rooms and 14 employees with patients coming from all over the country, even from overseas. It’s now considered one of the premier neurofeedback practices in the world, said Richard Soutar, a pioneer in the field of neurofeedback and director of research and development for New Mind Technologies in Georgia.

“They developed a very organized office based upon years of experience in wellness services to the community,” Soutar said. “They coupled this with a deep concern and compassion for each and every patient that they maintained day in and day out.”

A patient sits in a small, comfortably furnished room, looking more like a home than a doctor’s office. The lights stay dim. And the patient quietly watches a movie on DVD while a technician gently places a few electrodes on the patient’s head. Employees whisper in the hallways to avoid disturbing the procedure.

All the patient does is watch the movie while a computer charts various brainwaves, which appear as flashing graphs on a nearby screen. Certain brainwave patterns, depending on what condition the patient is being treated for, will cause the picture on the screen to dim.

“When that happens, the brain will scramble to make the picture sharper,” explained Marie McCabe, RenuYou’s clinical director. “And the positive reinforcement begins to build new neural pathways.”

Similar to the way braces slowly realign teeth, neurofeedback therapy gradually reshapes the brain’s inner map without altering the brain itself. Some patients do require medications, which the clinic has a medical doctor on staff to prescribe. But more often, patients come to RenuYou to help them get off medications, officials said.

“The amazing thing about the brain is that it’s trainable,” said Cyndie Gardner, the center’s CEO. “We don’t alter a patient’s personality. We’re not changing chemical balances.”

The center treats at least 70 different conditions, ranging from anxiety and depression to Parkinson’s and Attention Deficit Disorder. Other patients include professional athletes, dancers and corporate CEOs, who simply want to think more clearly.

“We’ve even treated politicians,” Barry Gardner said without disclosing names, “who just want to clear away the mental clutter so they can be more on-point when they’re asked about the issues. Anybody who’s stressed can benefit from this therapy and really, in our world today, that’s pretty much everybody.”

While some policies might reimburse patients for part of the therapy, neurofeedback treatment isn’t generally covered by insurance, he said.