District is a regular feature of Tulsa World Magazine that spotlights the history and uniqueness of local entertainment districts.

It’s a place where a king once reigned, and weekly encouraged his faithful subjects to dance. It’s home to an “old lady” who for a century has welcomed the finest performers, the greatest shows.

And it has tried for years to present itself as artful. But it didn’t really grow into its full potential until it learned how to crawl.

The Tulsa Arts District has been many things to many people through the years, but geographically it’s always been centered around what is now called Reconciliation Way.

Its westernmost edge takes in the venue now known as the Tulsa Theatre, and it extends north to encompass the Cain’s Ballroom, which for several years in the 1930 and '40s was the home of Bob Wills, the king of Western Swing. Archer Street serves as the southern boundary, with Living Arts of Tulsa at the corner of Detroit and Reconciliation Way as the eastern outpost.

It is one of the oldest areas in the city, with some of its signature red-brick buildings dating back to statehood in 1907, and for the past dozen years, the neighborhood has been the site of continuous evolution.

And, as with any entity that’s been around for a long time, it has more than a few unsavory aspects to its history, beginning with what for many years was the neighborhood’s namesake.

Reconciliation Way started out as Brady Street, named for Wyatt Tate Brady, an early Tulsa businessman who was one of the founders of the city. In 2013, revelations that Brady had been a member of the Ku Klux Klan led to an effort to rename the street, as well as the other places around the city that had “Brady” in their names.

The name was altered in 2013 to “M.B. Brady St.,” after the Civil War-era photographer Matthew Brady, before in 2019 being officially changed to Reconciliation Way. And what had been the Brady Arts District became the Tulsa Arts District in 2017.

The idea of turning this area into an arts district began in earnest in the late 1980s, shortly after after real estate developer David Sharp began buying a significant number of buildings in the neighborhood, and renting them out to businesses, individuals and groups, most of which were arts-oriented.

“At one time, a lot of commercial photographers had their studios here, because of the buildings having these high ceilings,” said Donna Prigmore, who, with fellow ceramic artist Mel Cornshucker, has run Artists Studio at the corner of Reconciliation Way and Boston Avenue for the past 25 years.

Soon, fine art galleries began taking up residence in the area, such as Galerie Europa, Davina’s Fine Photography and the Tulsa Center for Contemporary Art, an ambitious venue that combined performance space, art gallery and artists studios in the building that is now Caz’s Chowhouse and Club Majestic.

Getting audiences to visit these places, however, was the challenge. Attempts were made to brand the area with the name “The Brick Belt,” but in those days, the neighborhood still had a sketchy reputation.

When Sharp bought his first building (which now houses The Tavern restaurant) in the area, its ground floor was home to a liquor store that held the dubious distinction as selling more Night Train, a cheap fortified wine, than any establishment west of the Mississippi River.

“I closed down the store almost as soon as I bought the building and the distributor for Night Train came to me almost crying,” Sharp told the Tulsa World. “It did a lot to help clean up the street.”

But one of the main catalysts that helped earn the name the Tulsa Arts District was the inauguration of the First Friday Art Crawl in 2007.

“When we started the Art Crawl, there was just Donna and Mel’s place, the Tulsa Artists’ Coalition Gallery, the Tulsa Glassblowing School, and Club 209,” said Bob Fleischman, owner of Chrysalis Salon & Spa and president of the Tulsa Arts District Business Association. “We started showing art as well, although there were people would say, ‘Oh, that’s a salon, that’s not really art.’

“But the first big kick was when Living Arts of Tulsa moved in, which brought its following to the district,” he said. “Then, when the George Kaiser Family Foundation began to get involved, with the Guthrie Green and the renovations of the Mathews Warehouse and Tulsa Paper Buildings into the Woody Guthrie Center, 108 Contemporary and the rest, the Art Crawl really took off.”

Fleischman said that the involvement of the restaurants and nightspots that began to populate the neighborhood also helped make it a true destination.

The district is going to be getting busier, as two major venues are set to open in 2022 — the Bob Dylan Center, which will be part of the same complex as the Woody Guthrie Center, will be home to the Nobel Prize-winning singer-songwriter’s complete archive; while the Oklahoma Museum of Popular Culture, or OKPOP for short, will showcase the state’s diverse contributions to the cultural landscape of the nation.

Today, the Tulsa Arts District is home to some of the city’s most prestigious restaurants, such as Amelia’s, Laffa Medi-Eastern Restaurant and Bar, Prhyme Steakhouse, The Tavern, Sisserou’s, and the recently relocated The French Hen, as well as the original Coney Island Hot Weiner shop, Mexicali Border Cafe, Elgin Park and Antoinette Baking Company.

Fleischman said that only one business in the district — Prairie Brew Pub — closed during the pandemic, but others moved in, such as Empire Slice, the pizza restaurant next to Cain’s Ballroom, and The Canopy, an event center.

Prigmore said much of the credit for the success of the district belongs to two men.

“I think the city owes a huge debt of gratitude to David Sharp, because of all he has done to preserve these old buildings,” she said. “I fear that a whole lot of this neighborhood would be parking lots now if it weren’t for David Sharp.

“The other is George Kaiser,” she said. “The Guthrie Green alone was a huge boost to the area.”

Still, Prigmore said, there is one thing about all the progress in the Tulsa Arts District that is bittersweet.

“When we first started thinking about how to develop this area, one of the things I know many people wanted was that no new buildings would be more than four stories high, so it would blend into the existing architecture,” she said. “Of course that didn’t happen. And I kind of miss that old time, old Tulsa feel this neighborhood used to have.”

Why back-to-school shopping is harder this year

The benefits of playing tug-of-war with your dog

The benefits of playing tug-of-war with your dog 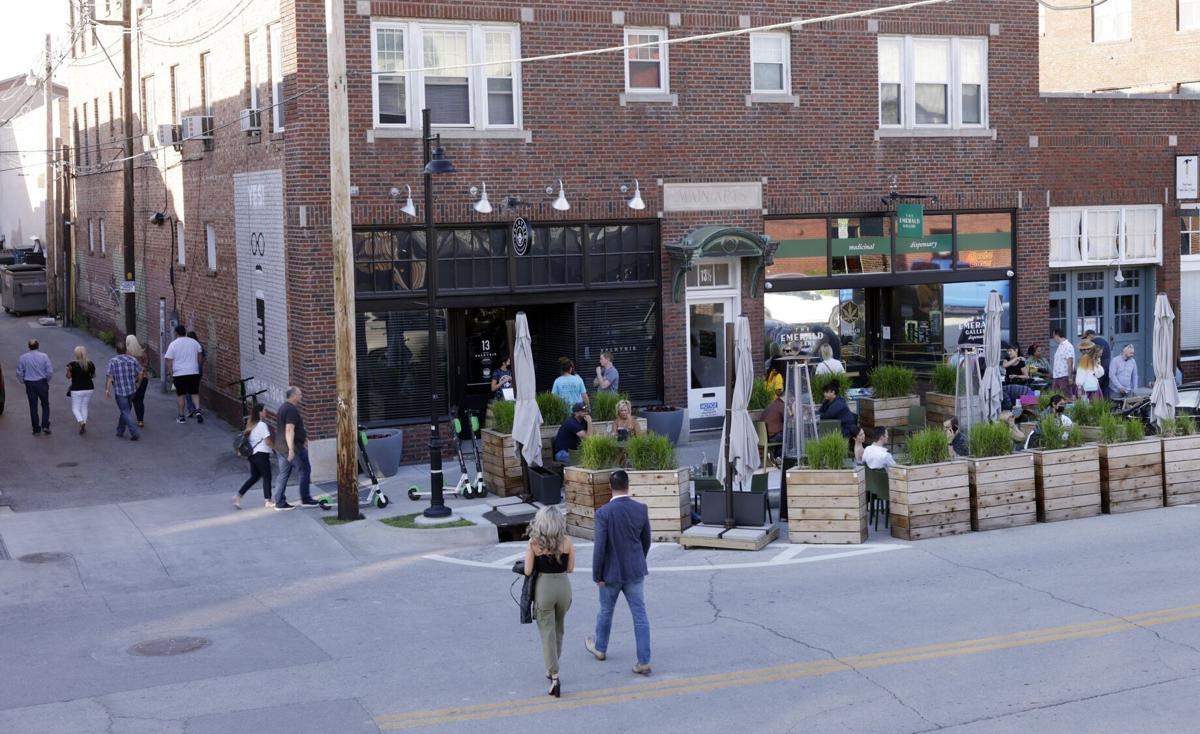 People gather in the Tulsa Arts District on a Friday that had the First Friday Art Crawl and the first night of Mayfest in May. 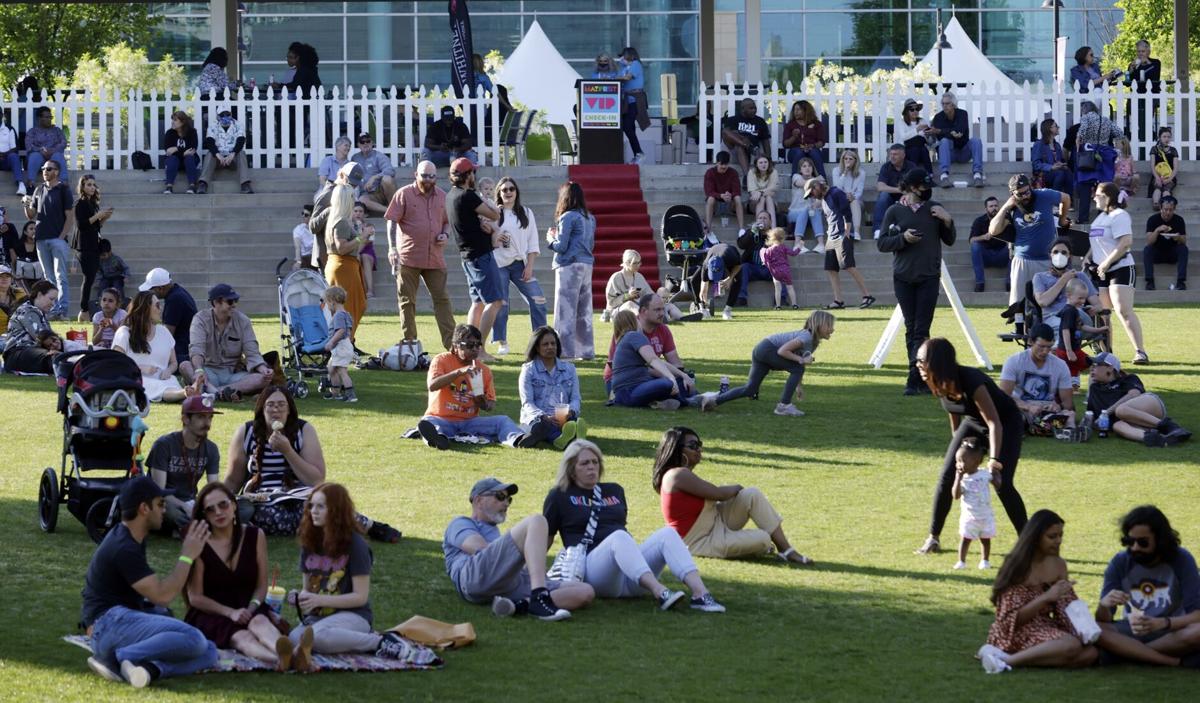 People gather on the Guthrie Green on May 7 for the First Friday Art Crawl, which happened to take place during Mayfest. 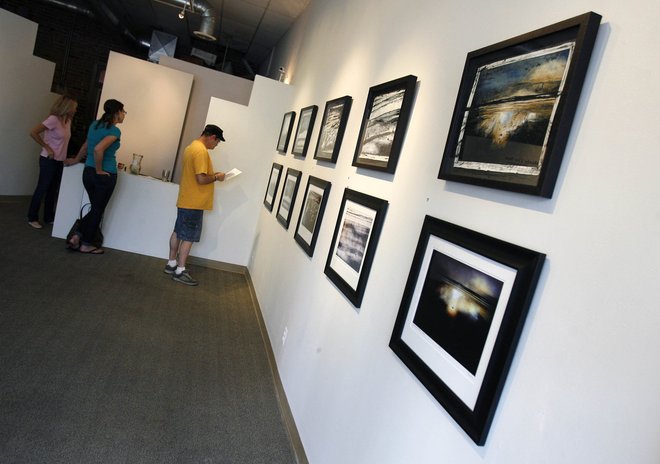 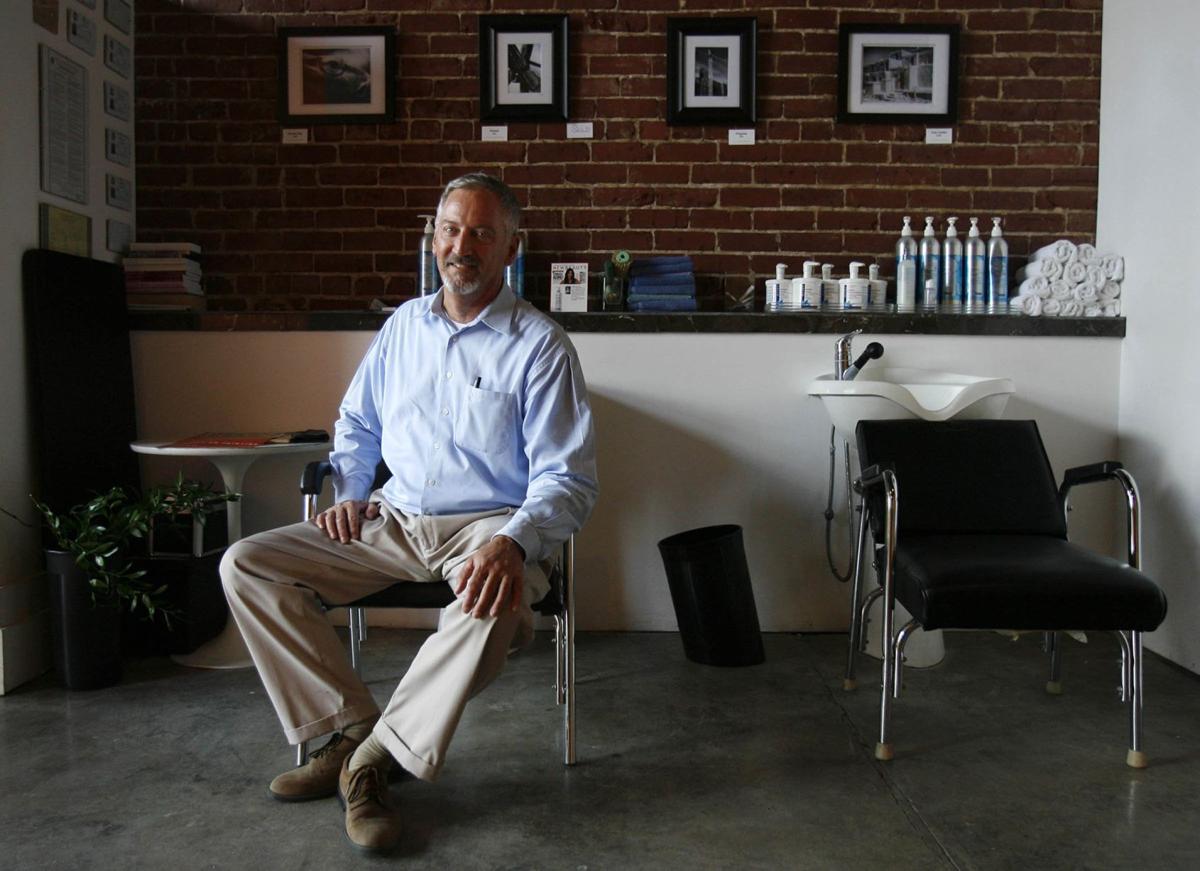 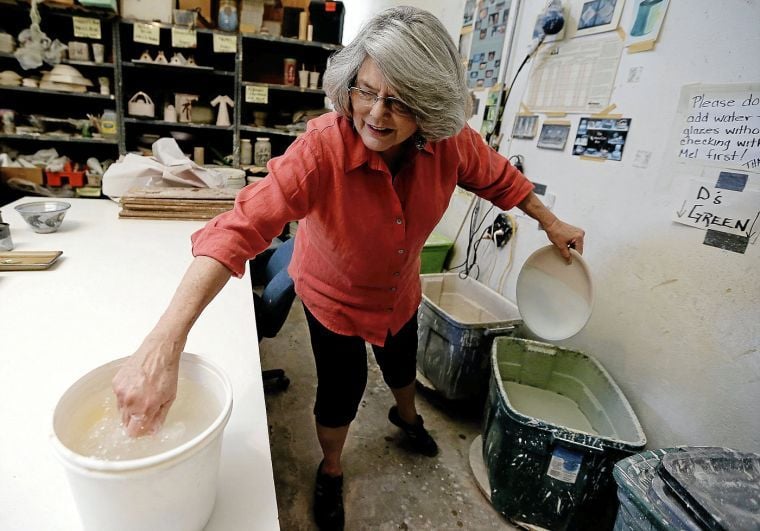 Donna Prigmore prepares to glaze a plate at her studio.