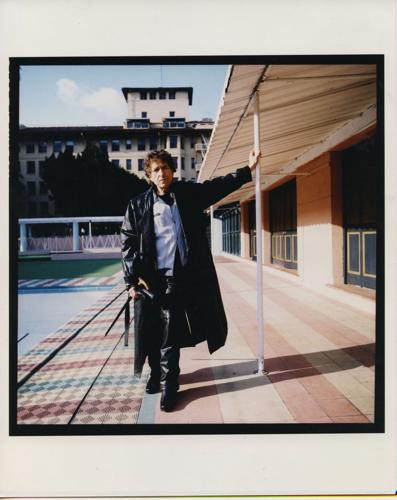 Bob Dylan is scheduled to return to Tulsa on April 13 to perform at the Tulsa Theatre. 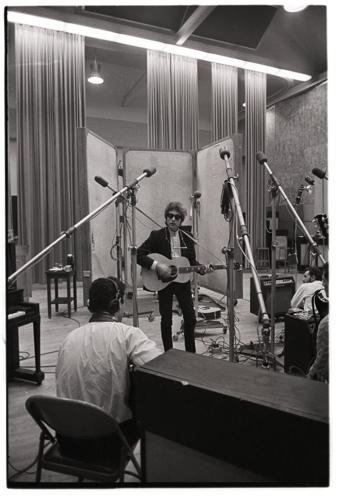 The Bob Dylan Center will include a re-creation of the sort of recording studio Dylan has used. Here Dylan is seen during a recording session in 1965.

“And something is happening and you don’t know what it is/Do you, Mr. Jones?”

Even the enigmatic Mr. Jones would be aware that something is definitely happening near the corner of Reconciliation Way and Cincinnati Avenue, although exactly what it is won’t be revealed until May 10.

The Bob Dylan Center, located at 116 E. Reconciliation Way, will be the permanent home to more than 100,000 objects — handwritten lyrics, paintings and drawings, rare audio recordings, never-before-seen footage of live performances, musical instruments, even items of clothing — that span the more than 60 years that the man born Robert Allen Zimmerman has been an undeniable force in American music and culture.

The center, designed by the architectural and exhibit design firm Olson Kundig, led by design principal Alan Maskin, will feature cutting-edge, immersive technology in a multimedia environment that is designed to be as impressive and revealing to visitors new to Dylan’s work as it will be to longtime fans and aficionados.

It was enough to prompt the Smithsonian Magazine to include the Bob Dylan Center in its list of “The Most Anticipated Museum Openings of 2022.”

Among the planned exhibits for the Bob Dylan Center are:

• Ongoing curated display of items that illuminate the depth and breadth of the Bob Dylan Archives collection.

• A re-creation of the kind of recording studio environment where Dylan would lay down such classic albums as “Blonde on Blonde” and “Bringing it All Back Home.”

• The Columbia Records Gallery, which will provide an in-depth look at the creation, performance and production of timeless Dylan songs such as “Like a Rolling Stone,” “Tangled Up in Blue” and “Chimes of Freedom.”

• A screening room that will showcase Dylan-related scripted films, documentaries and concert performances, including never-before-seen material.

• A multimedia timeline of Dylan’s life from his early years in Minnesota through the present day, written by award-winning historian Sean Wilentz.

“The focus of the Bob Dylan Center is on this idea of restless creativity in the creative process,” Steve Higgins, managing director of the American Song Archives, which oversees the center, told the Tulsa World. “It’s really encompassing of all genres and types of artists, with Bob Dylan the thread that runs through the whole thing.”

That was the idea behind the first public display of items from the Bob Dylan Archives — a collection of portraits Dylan had painted over the years, that were displayed at the Gilcrease Museum in May 2019, under the title “Bob Dylan: Face Value and Beyond.”

“It might seem like something of a curve ball to have an exhibit built around a series of paintings,” Michael Chaiken, curator of the Bob Dylan Archives and the “Face Value” exhibit, said in the Tulsa World interview. “But it’s really a kind of sneaky way to show what the archive truly is — something that showcases what a truly multifaceted artist Bob Dylan is.

“He’s best known for his music, but Dylan is also a writer of prose, a filmmaker, and someone who has been involved in the visual arts for decades,” Chaiken said. “This show is an opportunity to explore all those different avenues of Dylan’s creativity.”

American Song Archives is an entity of the George Kaiser Family Foundation, which purchased the Bob Dylan Archive in partnership with the University of Tulsa in 2016. It also oversees Tulsa’s Woody Guthrie Center.

When it was announced that the Kaiser Foundation and TU had purchased Dylan’s archives — a collection of which few people were aware at the time — one reason Dylan agreed to the deal was that his archive would share space in the same complex that houses the archives of Woody Guthrie, the Oklahoma-born songwriter and troubadour who was one of Dylan’s earliest influences.

In a statement released at the time, Dylan said: “I’m glad that my archives, which have been collected all these years, have finally found a home and are to be included with the works of Woody Guthrie and especially alongside all the valuable artifacts from the Native American Nations. To me, it makes a lot of sense, and it’s a great honor.”

The acquisition gained even greater importance when, later that year, Dylan was awarded the Nobel Prize in Literature.

Since the announcement of Dylan’s archives finding a permanent home in Tulsa, Dylan has regularly included Tulsa in his tours. He’s scheduled to return to Tulsa on April 13, when his Rough and Rowdy Ways tour comes to the Tulsa Theatre.

As to whether Dylan himself will return to Tulsa for the opening of the Bob Dylan Center... well, that answer, my friend, is blowin’ in the wind.

Tulsa World Scene: A turn for The Wurst

Tips for moving your home office outside

Watch Now: Do you need to protect your phone number?

Watch Now: Do you need to protect your phone number?

Watch Now: How to make a hybrid office environment work

Watch Now: How to make a hybrid office environment work

How to spot gaslighting in a relationship

How to spot gaslighting in a relationship

Bob Dylan is scheduled to return to Tulsa on April 13 to perform at the Tulsa Theatre. 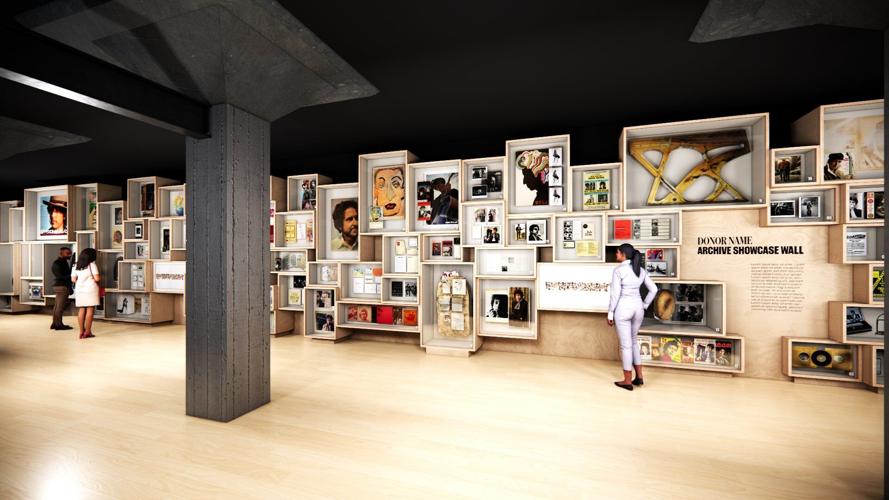 The Archive Wall is a 75-foot-long “cabinet of curiosities” that houses a rotating, evolving display showcasing the depth and breadth of items in the Bob Dylan Archives collection. 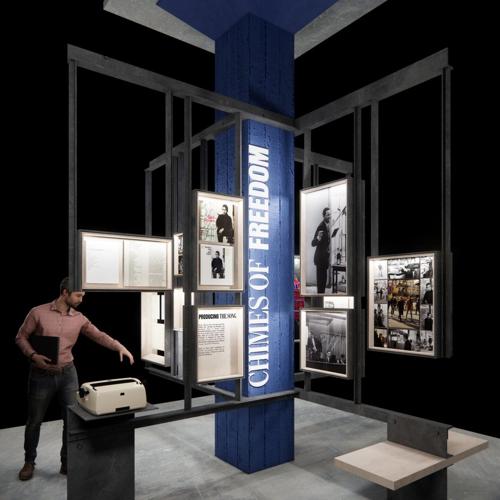 The center, designed by the award-winning firm of Olson Kundig, will feature thematic displays such as The Six Songs exhibit, housed in the Columbia Records Gallery. 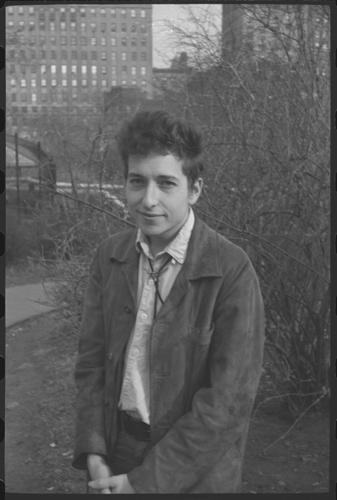 The Bob Dylan Archives contains images of the artist that have never been seen before, such as this shot of Dylan in Central Park, where he was photographed by Gloria Stavers in 1963.

The Bob Dylan Center will include a re-creation of the sort of recording studio Dylan has used. Here Dylan is seen during a recording session in 1965. 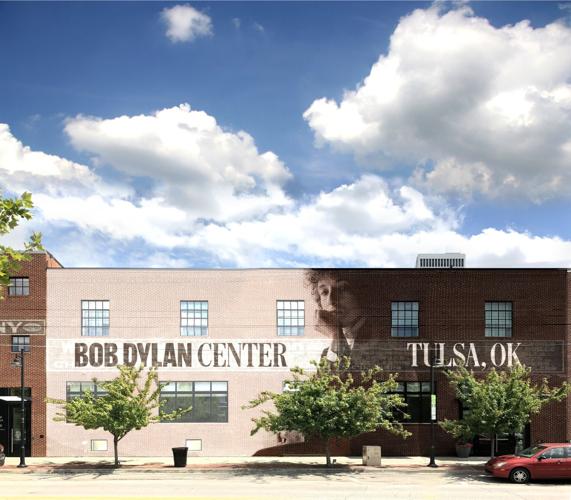 BELOW: The Bob Dylan Center’s two-story facade will feature a mural of a 1966 photograph of Dylan taken by renowned photographer Jerry Schatzberg.