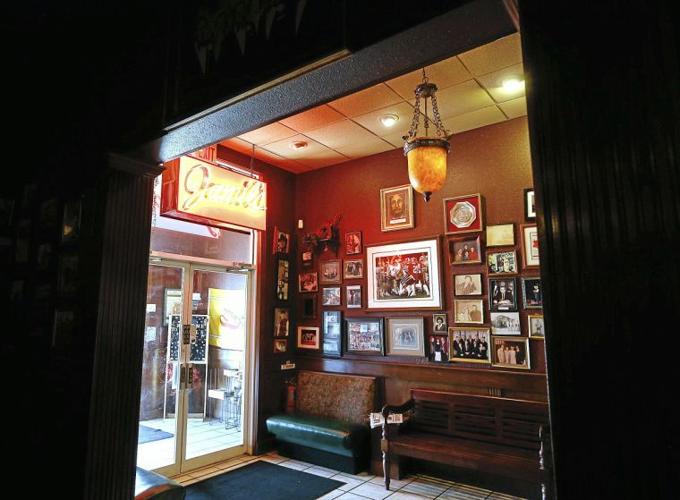 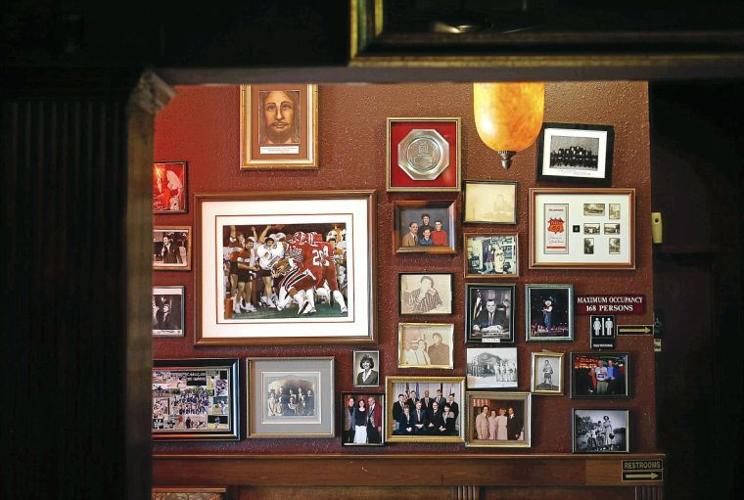 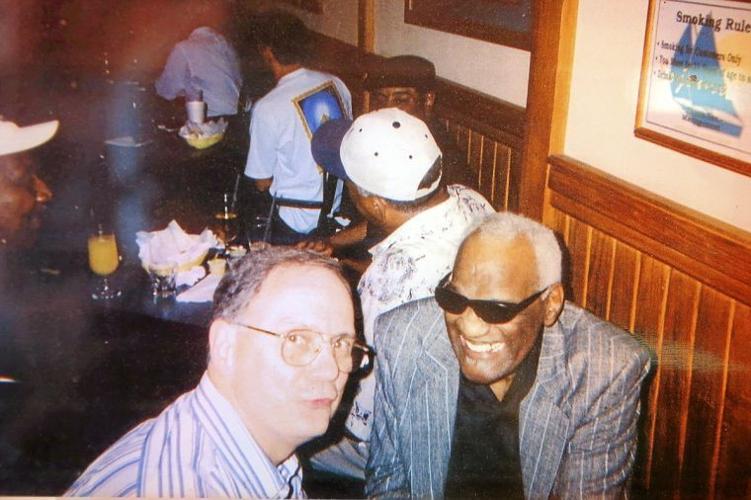 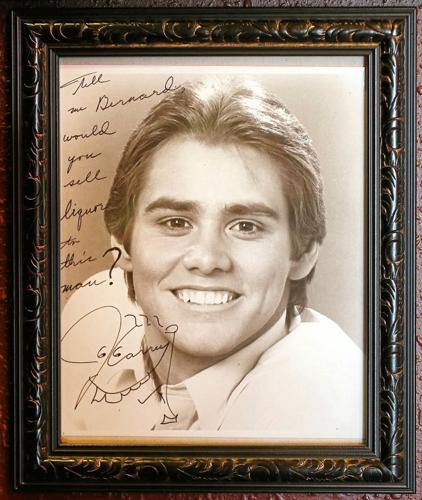 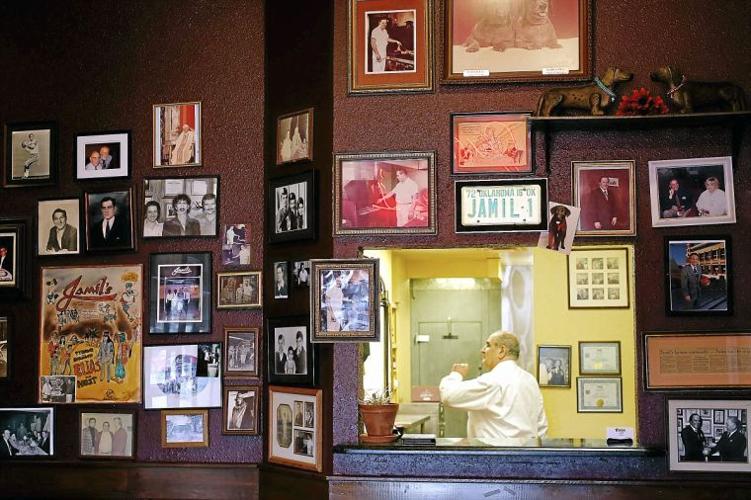 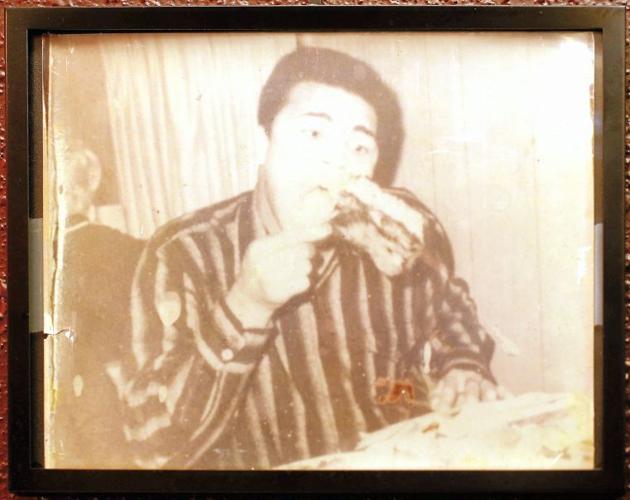 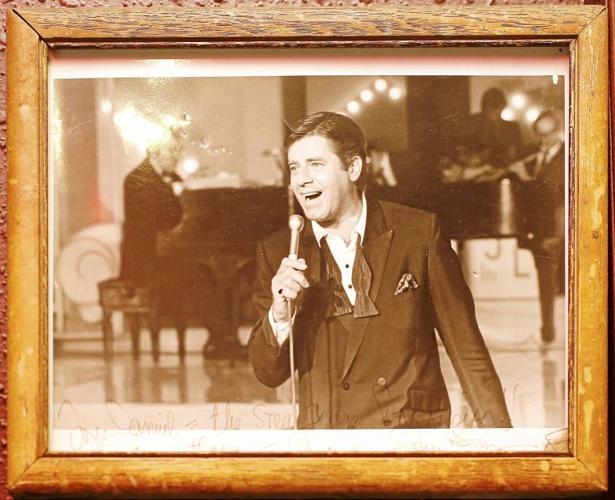 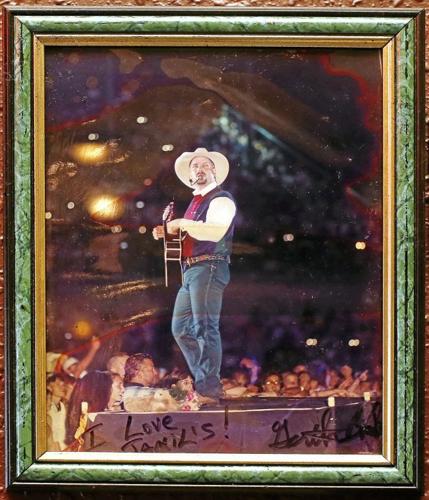 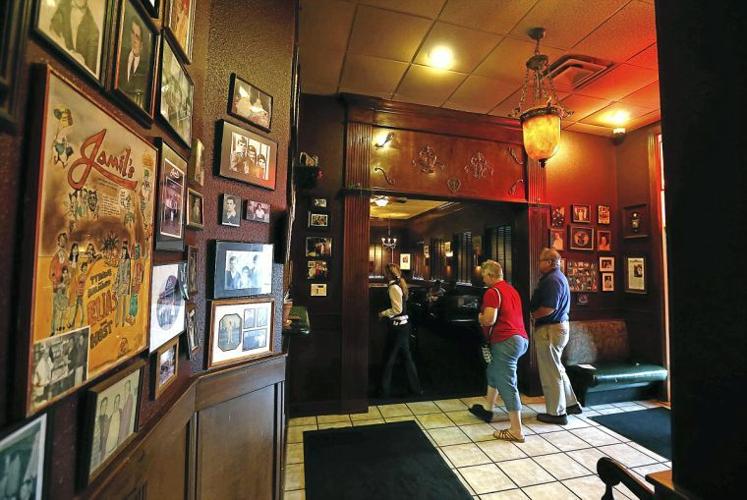 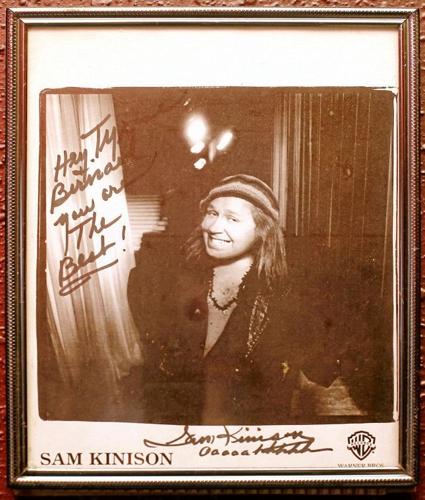 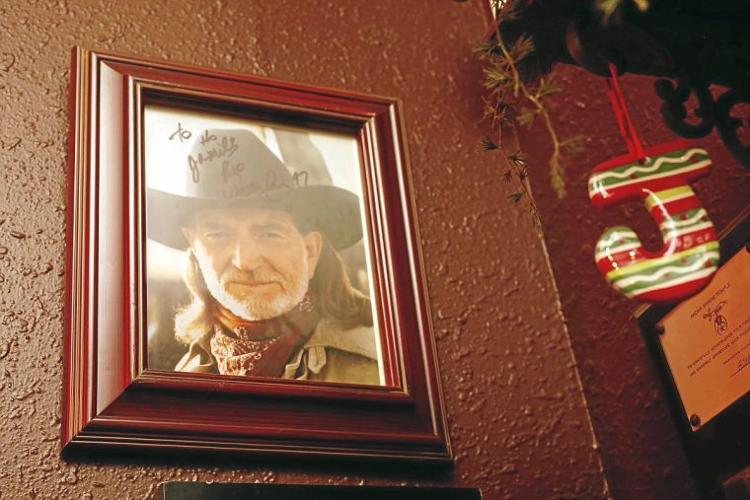 Jamil’s has been serving steaks to Tulsans since the 1940s. Because the roots run so deep, visitors to the restaurant can take a walk through history, one framed picture at a time.

The walls are decorated with photos of celebrities and sports figures who have eaten at Jamil’s over the decades. Curious diners inevitably lurk about the restaurant to see who’s who. The dining room is a room with a view, but the only window is into the past.

There’s a photo of a guy (Tommy John) who is as famous for being a kind of surgery as he is for being a baseball player.

Surely there are stories behind the pictures, and the man qualified to tell those stories is Robert Jones, who is soon to be 87 years old and has worked at Jamil’s since the first day the doors opened. If bumping elbows with celebrities qualifies as a brush with greatness, then few Tulsans are more brushy than Jones, who said he worked seven days a week during a 28-year span — and, yes, he met just about everybody who got “framed” at Jamil’s.

When did the picture-on-the-wall tradition start? It started circa-Zsa Zsa Gabor. Jones said it had been raining when the actress visited. In a gentlemanly gesture, he shed his head waiter’s jacket and put it on the ground so Gabor could walk on the jacket instead of traipsing through mud.

That wasn’t the only time a famous person refused to act privileged. Mickey Mantle was once waiting in a long line outside the door. Jones approached Mantle and gave him the opportunity to skip the wait and enter through a different door.

“We tried to get him to sit down before someone else, and he wouldn’t do it,” Jones said.

Jones said the Gabor tale wound up in the newspaper, picture included, and the article found a place on the wall. Jones said different celebrities came in after that and volunteered photos of their own.

Jones said Ali was a comedian and you could hear him talking (“I’m the greatest fighter in the whole world!”) before he walked in the door.

Carrey signed a photograph and added these words: “Would you sell liquor to this man?”

Nugent likes to sample several steaks in one sitting.

“I watched him grow up since he was a little guy,” Jones said of Kinison, whose family took up residence in Tulsa. “They came here to eat all the time.” Other folks at Jamil’s say Kinison treated his mom like a queen and, during late-night visits, treated customers to his trademark screams.

“Jim Gilliam said he would take three gloves with him to the games because he would never know what position they were going to put him in,” Jones said.

Disclaimer: Not all the people mentioned above are currently on the wall of fame. Jamil’s moved to a new location (3823 E. 51st St.) in 2008 because the old location was a casualty of a highway revamp. There wasn’t room for all of the photos on the walls of the new place, and that means many celebrities are in storage, waiting to someday be wall-worthy again.

“We have had people come in from all over the world to just sometimes eat here and see the pictures.”

Jamil’s has a catering service (Perfect Touch) and once catered to Stallone, who preferred to have food delivered to his hotel rather than dining in public.

The real celebrity at Jamil’s may be Jones, who was greeted like an old friend by co-workers and diners. There’s a picture on the wall of Jones when he was a teenager. He’s the lasting image.

Master Gardener: Brown shrubs might be damaged but not dead

We have been getting a lot of calls from people concerned about their shrubs and trees not looking right for this time of year, wondering if t…

This south Tulsa property was formerly used as a Shetland pony ranch.

With several areas for gathering both indoors and outdoors, this home is made for entertaining and hosting.

News from around the state.

Proceeds from the sale, which begins Wednesday, Feb. 1, help enable the variety of programs offered by the Tulsa Master Gardeners.