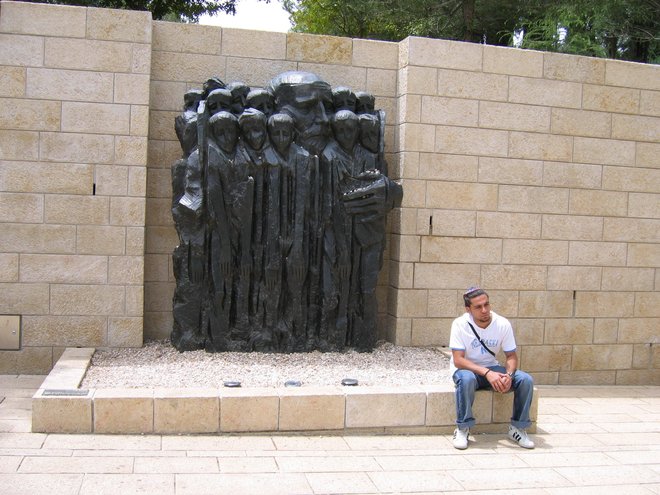 A visitor sits by a sculpture of Janusz Korczak on the Avenue of the Righteous at Yad Vashem, the Holocaust memorial in Jerusalem. Korczak ran an orphanage in the Warsaw Ghetto and refused to leave his 200 children, choosing instead to die with them in the Nazi's Treblinka death camp. This year's Yom Hashoah speaker in Tulsa directed the "Righteous Among the Nations" department at Yad Vashem for 24 years. BILL SHERMAN /Tulsa World 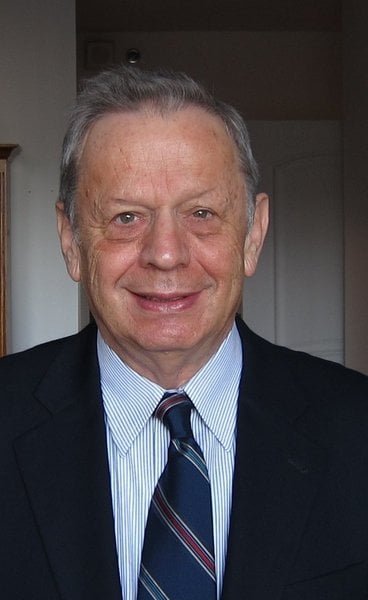 Mordecai Paldiel: The historian has written several books on the rescue of Jews during the Holocaust and is an authority on the subject

The speaker at this year's Yom Hashoah Holocaust Commemoration has devoted his life to telling the stories of "righteous gentiles," non-Jewish people who risked their lives to save Jews from the Nazis during World War II.

Mordecai Paldiel has reason to tell the stories.

His earliest memories are of a time when his family fled its native Belgium to Vichy France, and then to Italy, and then to Switzerland to escape the Nazis, a flight that was aided by a Roman Catholic priest.

"In times of danger, the best thing is to not take additional risks, to ride out the storm," he said in a recent phone interview.

"Here you have people helping others, in some cases total strangers, placing themselves at risk of suddenly being killed, or dragged away to concentration camps.

"These were ordinary people," he said. "They had families and jobs.

"This is an altruism with no compensation and no congratulations. ... Things like this have to be acknowledged and recognized."

The Yom Hashoah Commemoration will be held at 7 p.m. Thursday at Temple Israel, 2004 E. 22nd Place under the theme: "Why Memory Matters: Israel's Yad Vashem."

Paldiel is an authority on the rescue of Jews during the Holocaust. He has written several books on the subject and for 24 years was head of the "Righteous Among the Nations" department at Yad Vashem, the Holocaust memorial museum in Jerusalem.

"This is not a few people; we're talking about thousands of stories," he said. "At Yad Vashem we have over 23,000 names of righteous gentiles, and many more have gone unrecognized because people don't talk or have passed away."

In Eastern Europe during the war, Nazis posted notices on bulletin boards saying anyone caught sheltering Jews would be executed, he said.

Germans held Slavic people in low regard, and violators often were shot on the spot. German violators might face a trial and then be sent to a concentration camp.

Of all the Europeans, the Italians were most friendly to Jews, Paldiel said. Many of the 35,000 Jews in Italy were sheltered in Catholic institutions during the war.

Anti-Semitism in Poland was strong even before the Nazi takeover, so Poles who sheltered Jews were at risk not just from the Nazis but from their countrymen.

When the Russian army drove the Germans out of Poland late in the war, it was common for people harboring Jews to make them secretly sneak away from the house at night so their neighbors would not find out what they had been doing.

The Nazis used money, sugar and liquor as rewards for people who turned in their neighbors for harboring Jews.

Paldiel said he saw one income tax form in which a Dutch man listed his profession as "Jew hunter."

The annual Yom Hashoah Commemoration is sponsored by the Council for Holocaust Education, a committee of the Jewish Federation of Tulsa, in cooperation with interfaith and community organizations, including the Circle Cinema and Tulsa City-County Library.

As part of the observance, Circle Cinema, 12 S. Lewis Ave., will show "In Darkness" at 1 p.m. Sunday. The film tells the story of the sewer worker and petty thief in Lvov, Poland, who hid Jews in the labyrinth of the town's sewers. The R-rated film has English subtitles. Admission is $6.50.

bill.sherman@tulsaworld.com SUBHEAD: Historian honors those who rescued Jews during Holocaust

Top tips to keep you cool this summer

Top tips to keep you cool this summer

Here's a look at every US president's favorite drink

Want to drink like a president on the 4th of July? From stronger spirits to lighter cocktails, champagne and just water, here's a look at the drinking habits of each commander-in-chief.

The hot, wet conditions we have been experiencing are perfect for the development of fungal diseases in tomatoes.

Why does white always go first in chess?

Ever since the late 1800s, it has been standard for white to go first in chess. Has the time come to get rid of that rule?

Smoker grill 101: Master this culinary art through patience and practice

Those new to grilling with charcoal and wood may find it can be an expensive and challenging culinary art to master. These tips can help you not just get started but really fine-tune your smoking.

Dear Reader: You're not alone in asking about the status and history of the COVID-19 vaccines now in use in the United States.

This week's showcase at 3506 E. 110th Place is a much-loved residence featuring lots of amenities and an open floor plan ideal for hosting family gatherings.

Seeking a new job? Ask about these 6 career sweeteners

This is a golden moment to look for a new role. According to a survey, more six-figure jobs are available now than before the pandemic.

Why some younger evangelicals are leaving the faith

Disaffected young evangelicals and those who left the church describe an out-of-touch institution not in line with their political beliefs, a scholar found

Get garden watering right with a rain gauge

Because watering — not too much and not too little — is a key to a successful garden, it pays to be more analytical. A rain gauge can help with that.

A visitor sits by a sculpture of Janusz Korczak on the Avenue of the Righteous at Yad Vashem, the Holocaust memorial in Jerusalem. Korczak ran an orphanage in the Warsaw Ghetto and refused to leave his 200 children, choosing instead to die with them in the Nazi's Treblinka death camp. This year's Yom Hashoah speaker in Tulsa directed the "Righteous Among the Nations" department at Yad Vashem for 24 years. BILL SHERMAN /Tulsa World

Mordecai Paldiel: The historian has written several books on the rescue of Jews during the Holocaust and is an authority on the subject