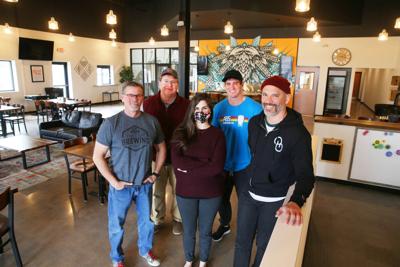 A new brewery with plans for outdoor and family entertainment will open soon in Jenks.

The Cape Brewing Co., 736 W. Main St., is in a shopping center and occupies more than 6,000 square feet, which includes a taproom and brewhouse. The name refers to the owner’s childhood dreams of being a superhero. But more on that in a bit.

The shopping center features an outdoor stage, and the brewery will have a covered outside patio next to the stage area. Inside there is a kids zone that families can use as they sit and have a beverage. If you are so inclined, you can even play hopscotch when you walk the hall to the bathrooms.

“Jenks is perfect for families, and we’re going to be a family-oriented place. We’ve got a kid’s area. We’ve got outside, we got a patio for kids. We’re going to be kid-friendly. We’ll be dog-friendly too. If the dogs are friendly,” said JC Cody, founder and head brewer of The Cape.

A taproom is a community spot. Oklahoma is slowly realizing that kids are welcome in taprooms and it isn’t an issue, unless you want to get away from your kids.

“My kids grew up in Wisconsin. In Wisconsin, a bar is not a bar; it is a place where families go, you can grab a bite to eat, you have drinks, you can watch the Packer game on TV. The kids will play games out on the lawn. That’s sort of the environment that we want here,” Cody said.

A lot of details that aren’t normally in other taprooms have been added in The Cape to make it more family friendly, such as changing tables in both bathrooms and hooks for purses and diaper bags.

The name of the brewery doesn’t have anything to do with Cape Canaveral or Cape Cod. It has to do with the cape that Cody wore as a youth. He was a superhero.

“When I was a kid, I was really awkward. I wasn’t like one of the social kids. I was just skinny and didn’t make a lot of friends. My dad took the Schwinn bike and stripped it down and painted it candy apple red,” Cody said. “I would tie my mom’s towels around my neck and now I could fly around town and I was a superhero. I could do anything I wanted to, I had my cape on, not realizing that I was kind of a geeky kid on a bike with a cape flapping in the breeze.”

Now 57, Cody, a former Texan, was tired of being stressed and exhausted from working in the advertising field. It just wasn’t fun for him anymore, so he decided to start a brewery.

“I was a creative director owning my own agency. I spent more time in meetings. I would get there at 6 a.m., and I wouldn’t actually create anything until like 7 p.m. I’d be there all day until all the meetings were done,” Cody said.

“By that time, I was exhausted, and one thing led to another and I was like, I’m done. I just can’t do this anymore.”

He talked it over with his wife and they decided he should focus on what makes him happy.

“We have to get investors and everything else. But you can be happy. So I am happy when I brew. I turn my music up, I dance around the kitchen and brew beer,” Cody said.

Cody has been brewing beer for 15 years. He is also an award-winning chili cook and has won awards with his briskets and ribs.

The brewery has taken two years to complete, from finding the location to the build out. Cody has also enlisted family members to help cover all the bases. They include a lawyer, an accountant, an engineer and an experienced restaurant manager.

Of course, beer is the main ingredient for a successful taproom. The Cape will have a variety of beers and will grow its selections after it is up and running.

It plans to offer an intro craft beer described as an Asian ale with low ABV and low bitterness, something like a Sapporo or Asahi. Other beers include a peach Kolsch, a honey blonde, a Maibock, a Mexican stout and a Midcoast IPA. Distribution is also planned, but the opening is the first priority.

But beer won’t be the only thing on the tap handles. The Cape also plans on making root beer and seltzer.

And there will be a twist with the seltzer — it will be naked, meaning the consumers will get to design what flavor they want to add.

“We’re going to have a naked seltzer. We’ll have flavors that you pump in, and we are designing the recipes so that you come in ... a pump of this, a pump of that and pump of this. I stole the idea from the guys over at Nothing’s Left (brewery). They did it with one of their beers and pumped in a flavor. I was like, I bet I can do that. Even easier, with a seltzer. And so we’ve created a seltzer bar and all the recipes and everything else. And I honestly think that is gonna really knock it out of the park,” Cody said.

Creativity won’t stop at the seltzer bar. The brewery will have an entire wall full of local artwork that it will change out every few months. It also plans on having songwriter nights and poetry nights.

The brewery has an open floor plan with numerous tables, as well as a bar. There are big windows to the brewhouse where the bright new ABS brewing system is located.

The Cape’s brewhouse will be lit up with lights shining on the stainless-steel fermenters. This way, they can show their support by changing the colors to match a particular cause like Jenks school colors, Bedlam colors or whatever they want to support.

Ryan Stack is the current taproom manager and will hand over that responsibility to Jo Vice once the doors open and they are serving beers. The taproom will also serve some easy-to-prepare foods.

“With the outdoor space, there’s permanent space for two food trucks where they can come and plug in and they don’t have to have the generator. So that gets rid of that terrible noise. But we’re also gonna do just really simple small plates, like cheese and charcuterie, maybe like pretzels and beer cheese, just easy stuff that traditionally goes well with beer. Nothing too difficult, nothing that’s going to be not approachable to anyone’s tastes or wants,” Stack said.

The Cape has all the details taken care of. Aside from some tweaks on the brewhouse and getting approval from the Alcoholic Beverage Laws Enforcement Commission, which should be sometime in February, Cody is ready to open.

Keeping your car safe from cute critters at National Parks

Keeping your car safe from cute critters at National Parks

Exercising outside this spring could have helpful health benefits

Exercising outside this spring could have helpful health benefits

This chicken Parmesan pasta uses the one-pot pasta method to cook your noodles, chicken and sauce all in one skillet for a fast and easy dinner with minimal cleanup.

The Kitchn: Instant pot salsa chicken salsa is the easiest, most foolproof chicken dinner I know

After just 15 minutes in the Instant Pot, you’re greeted with a big batch of shredded meat that can be used for tacos, burritos, grain bowls, sandwiches and salads.

Recipe of the Day: Everything Roasted Cauliflower

How to adopt a clean-eating diet

It may feel overwhelming to change your diet. To help make it manageable, consider these healthy, clean eating options. 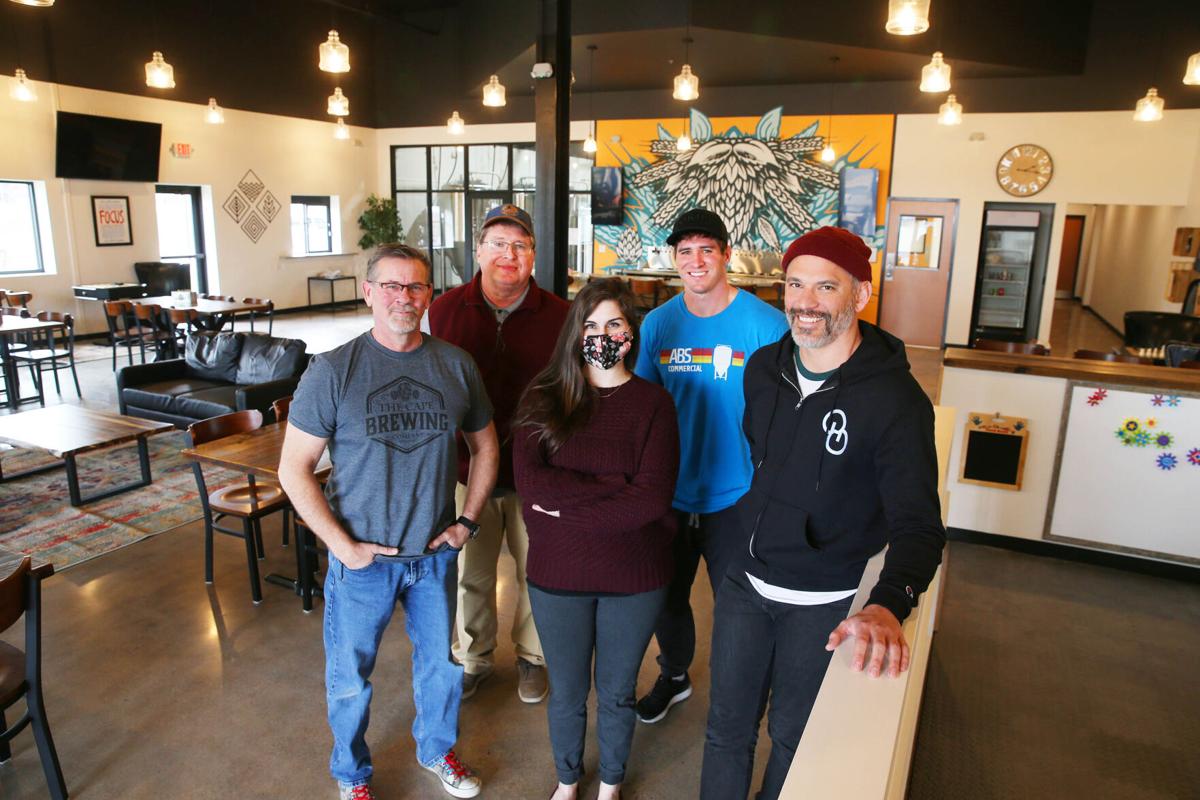 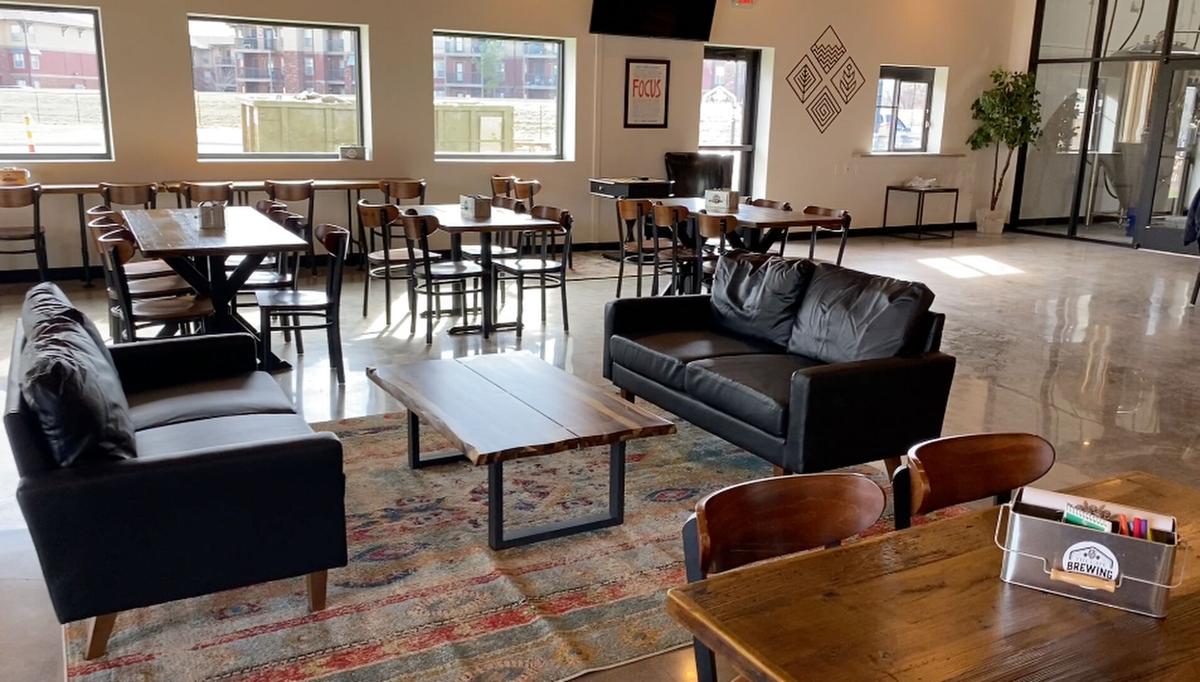 The Cape brewery plans to open soon at 736 W. Main St. in Jenks. 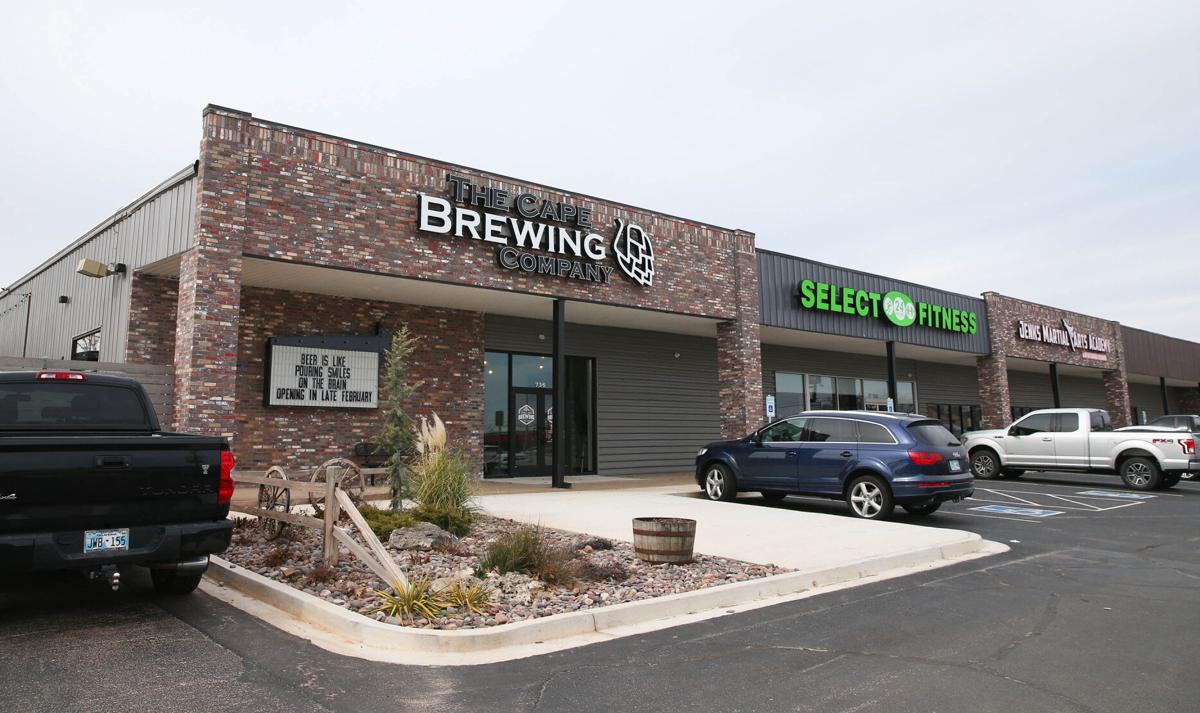 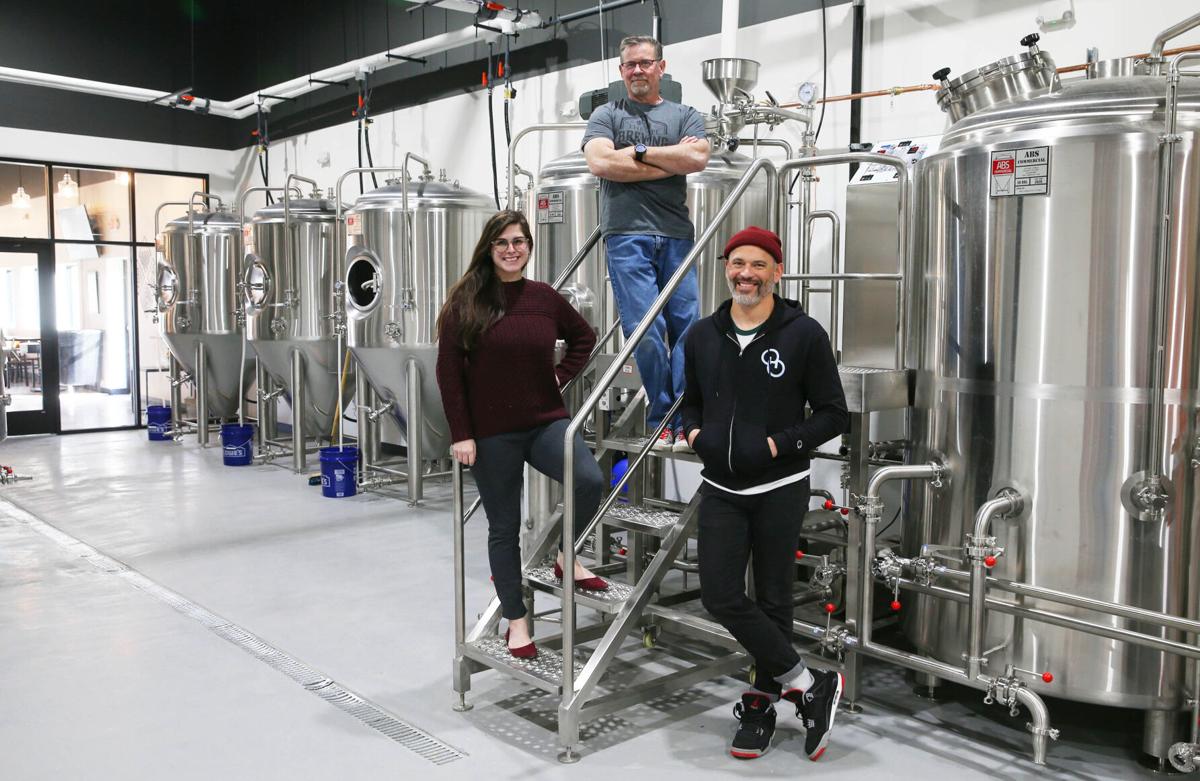 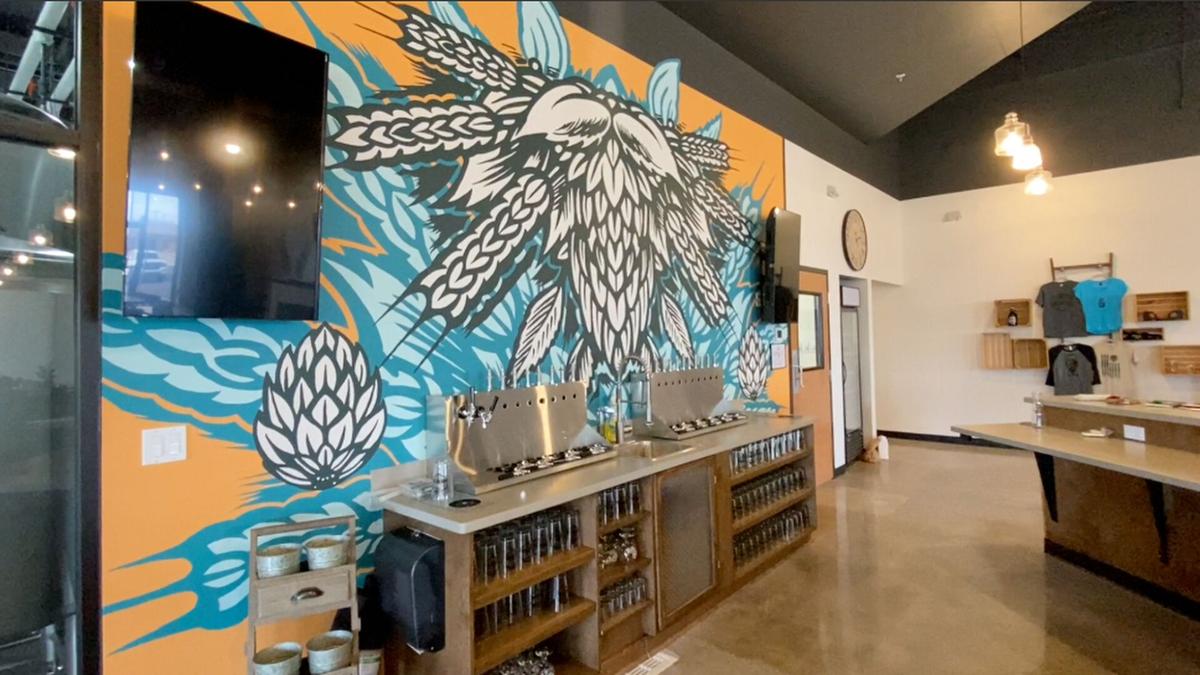 A local artist created a mural above the taps at The Cape brewery, 736 W. Main St., in Jenks. 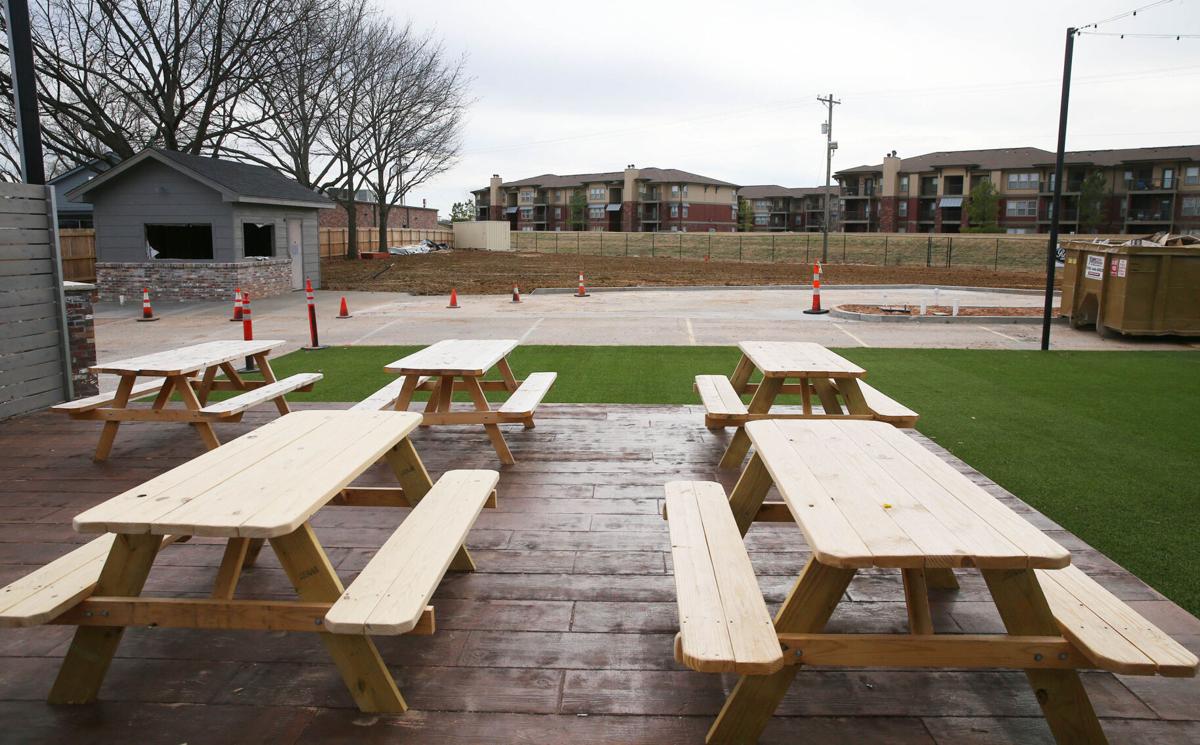 The patio area is under construction at The Cape brewery in Jenks. 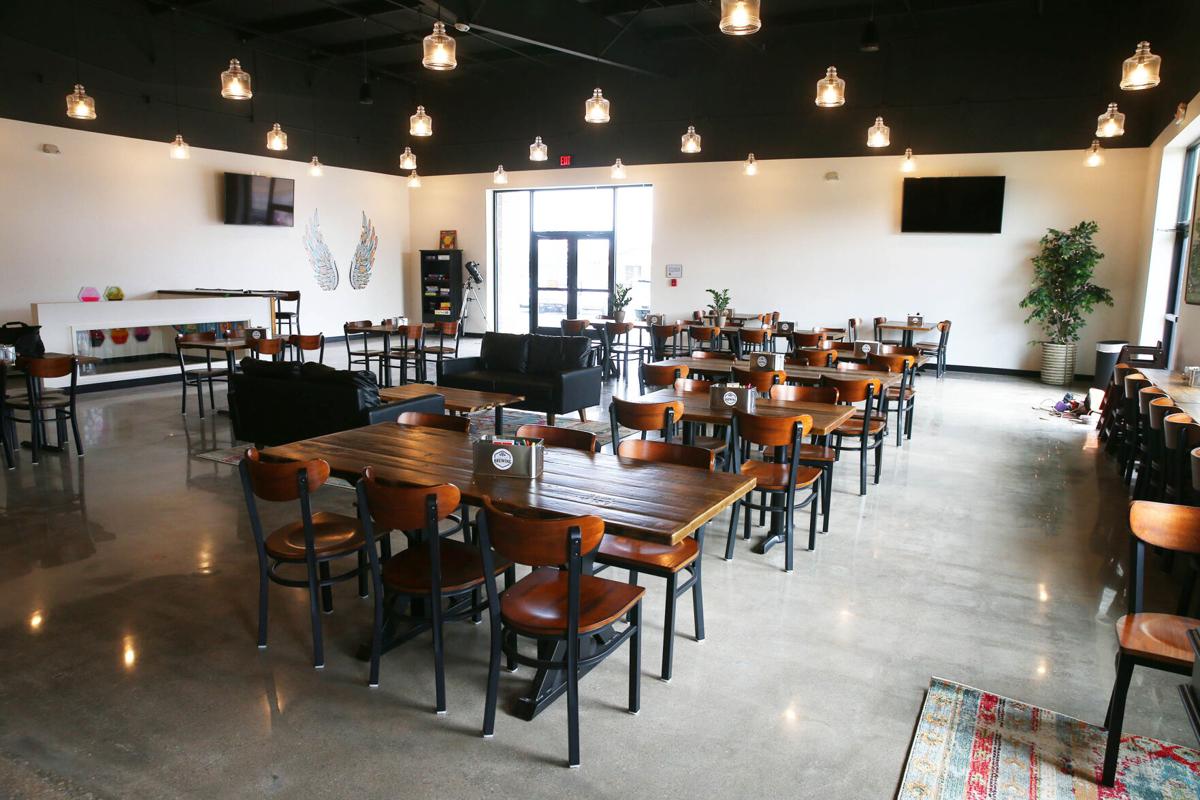 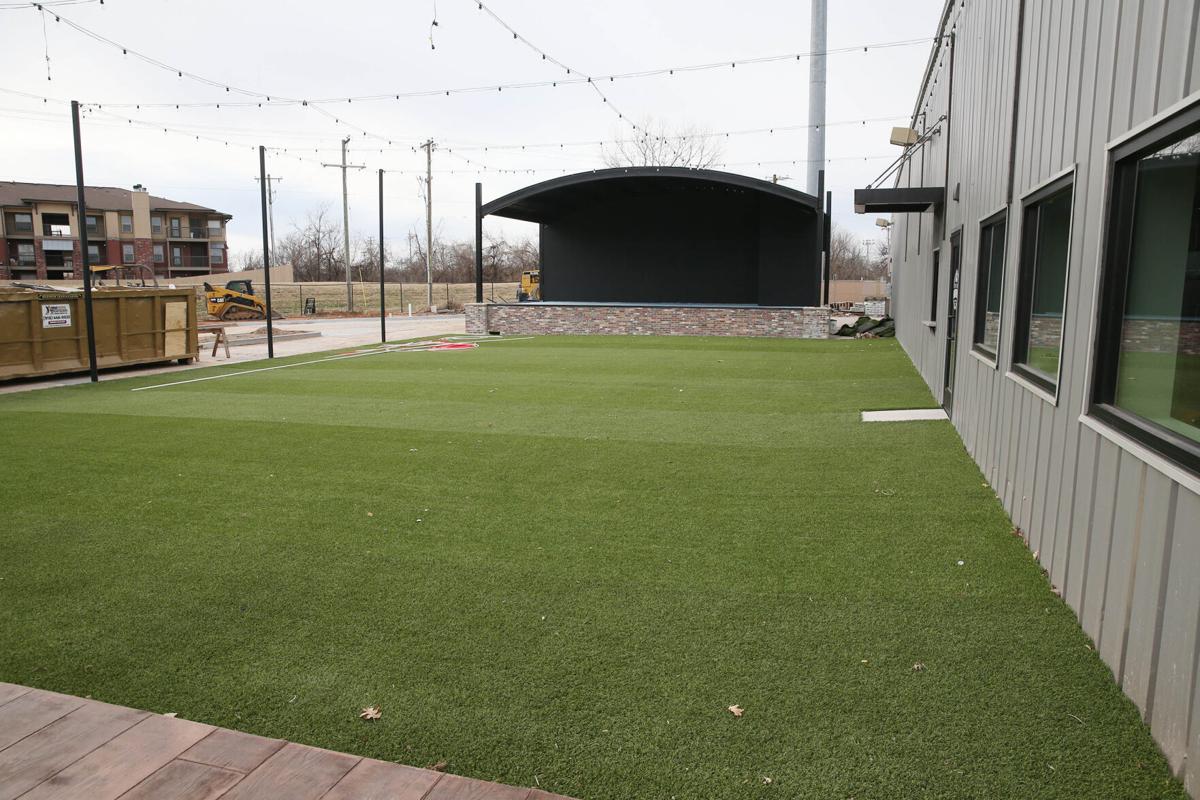 An outdoor stage and turf is next to The Cape in Jenks.