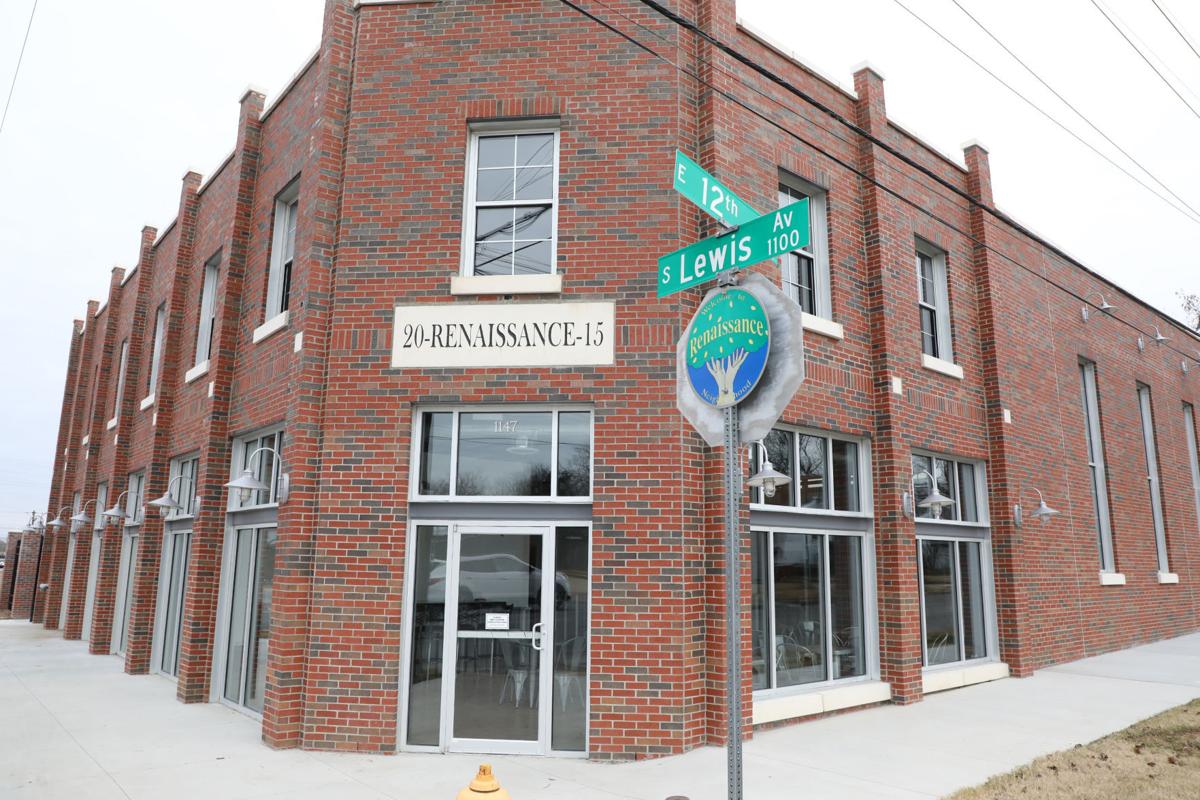 Renaissance Brewing Co., 1147 S. Lewis Ave., was built to look like a ‘20s- or ‘30s-era building with parking in back. TOM GILBERT/Tulsa World 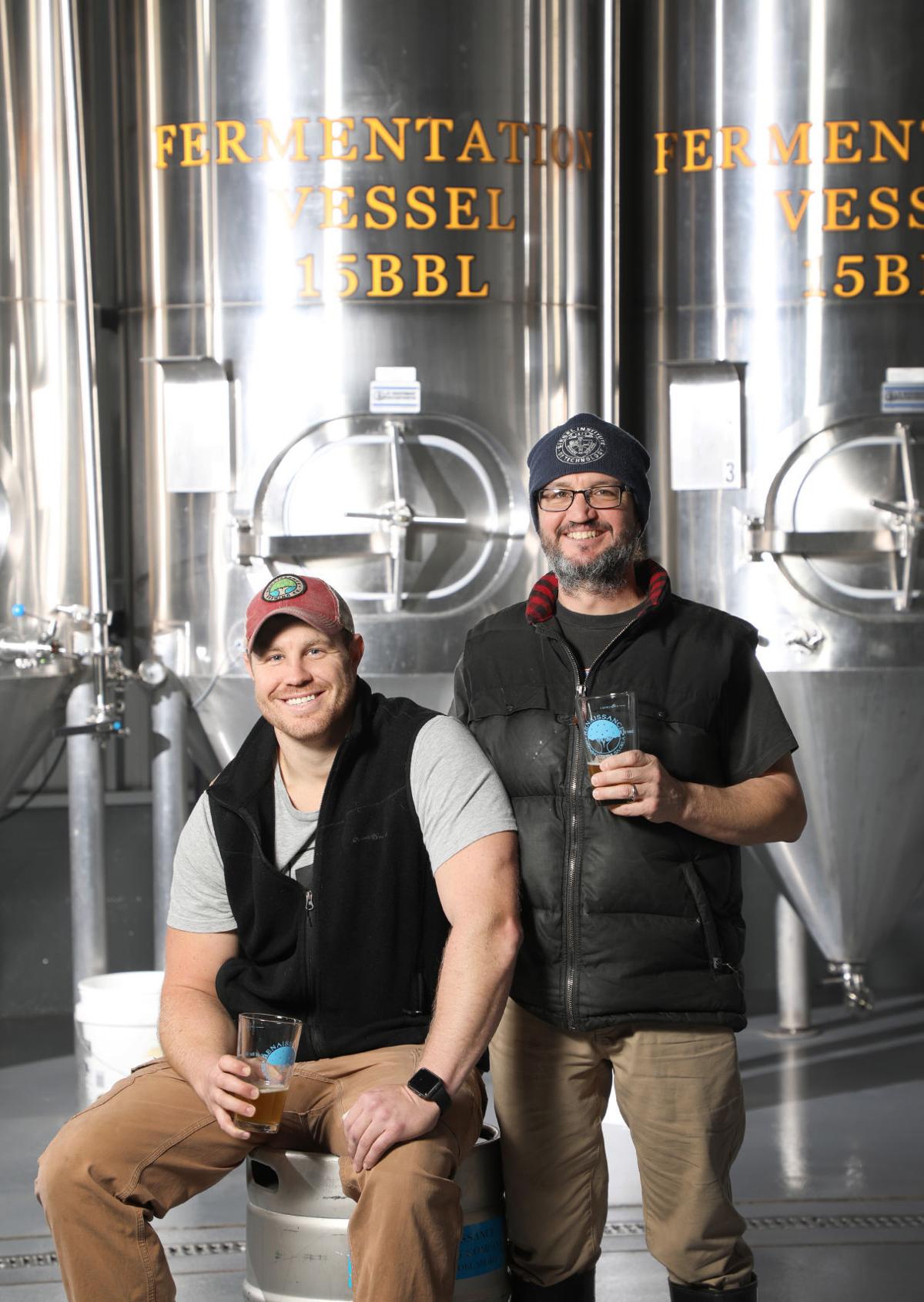 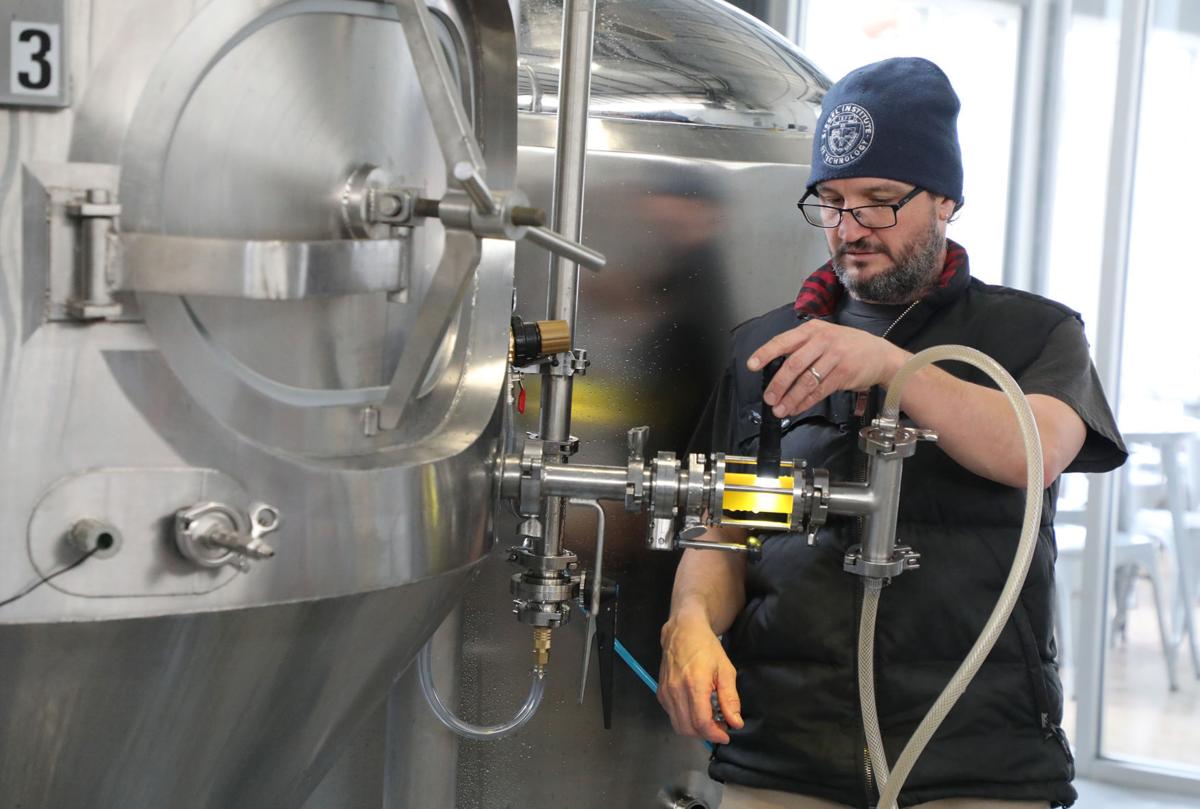 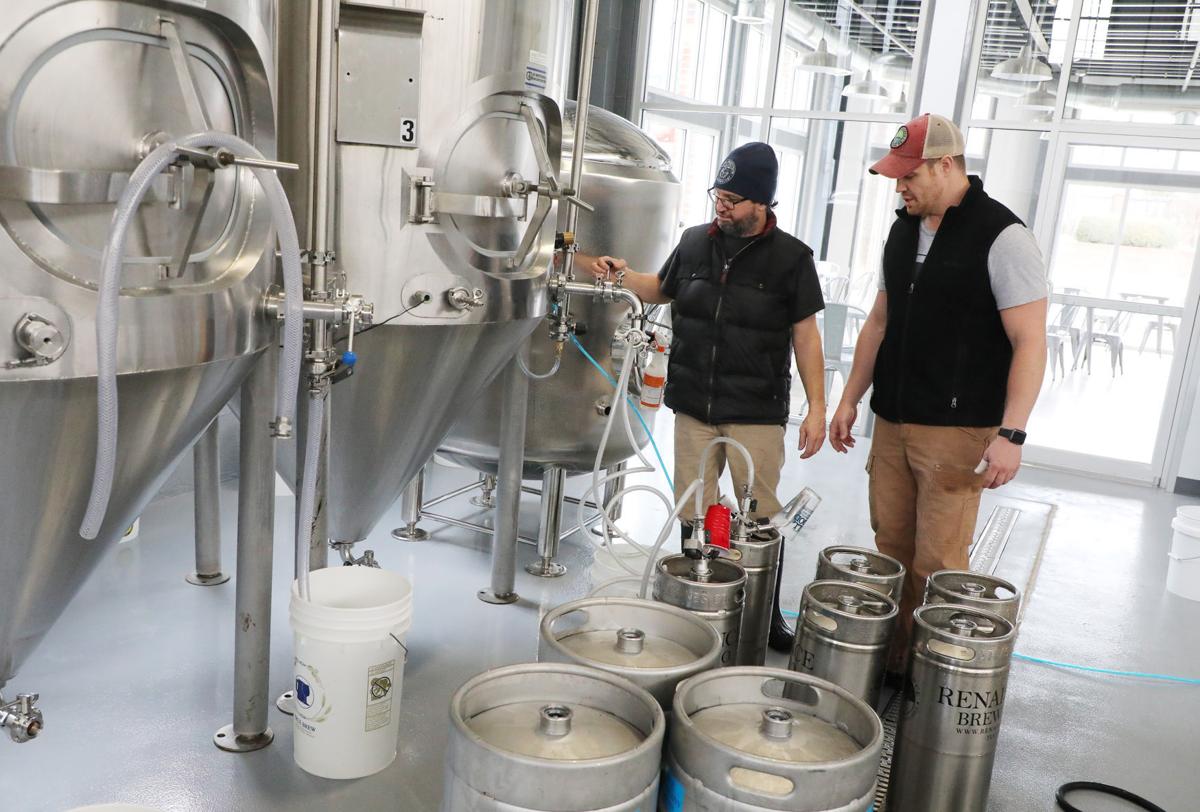 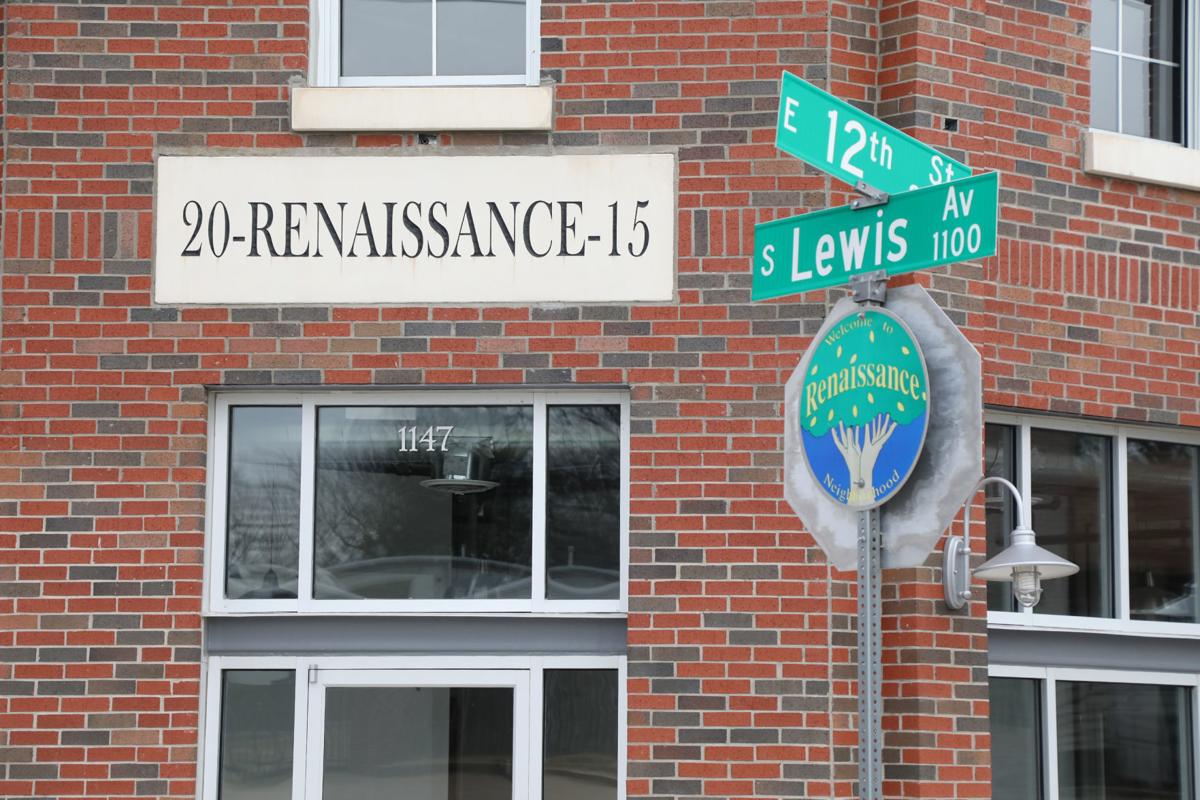 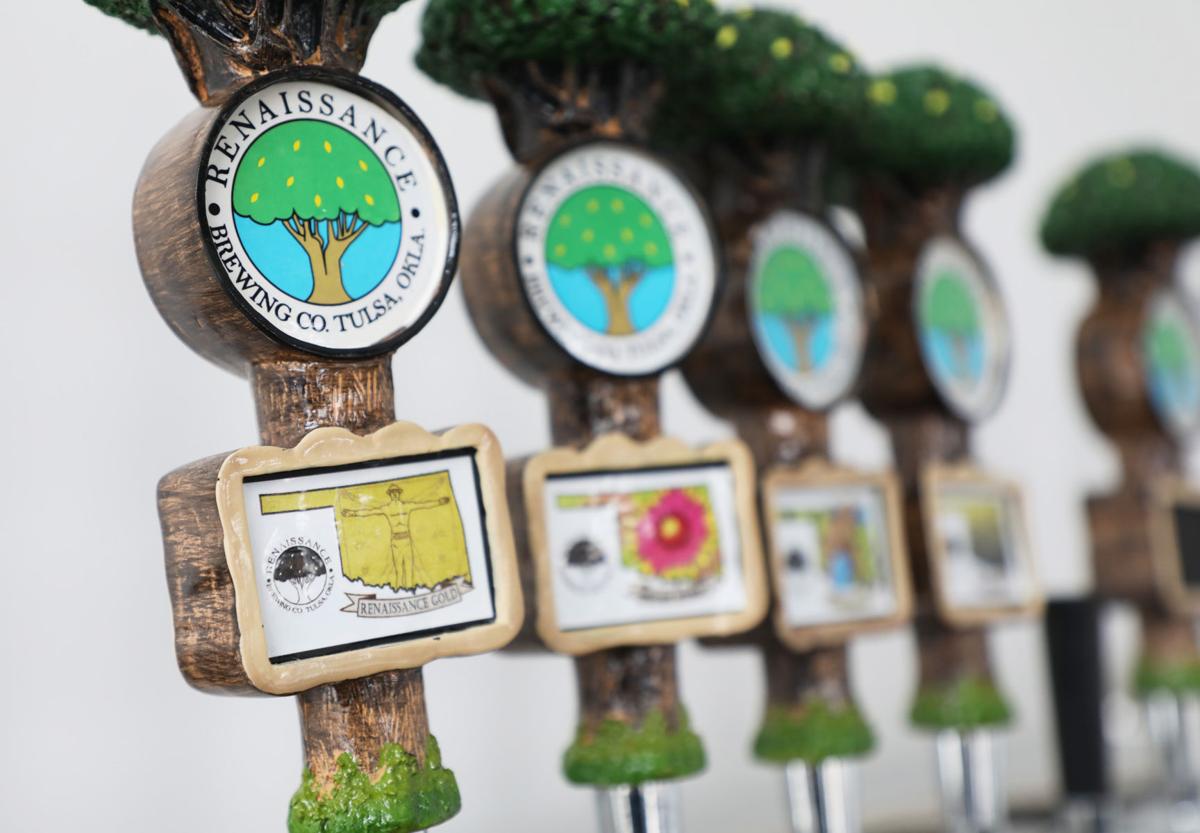 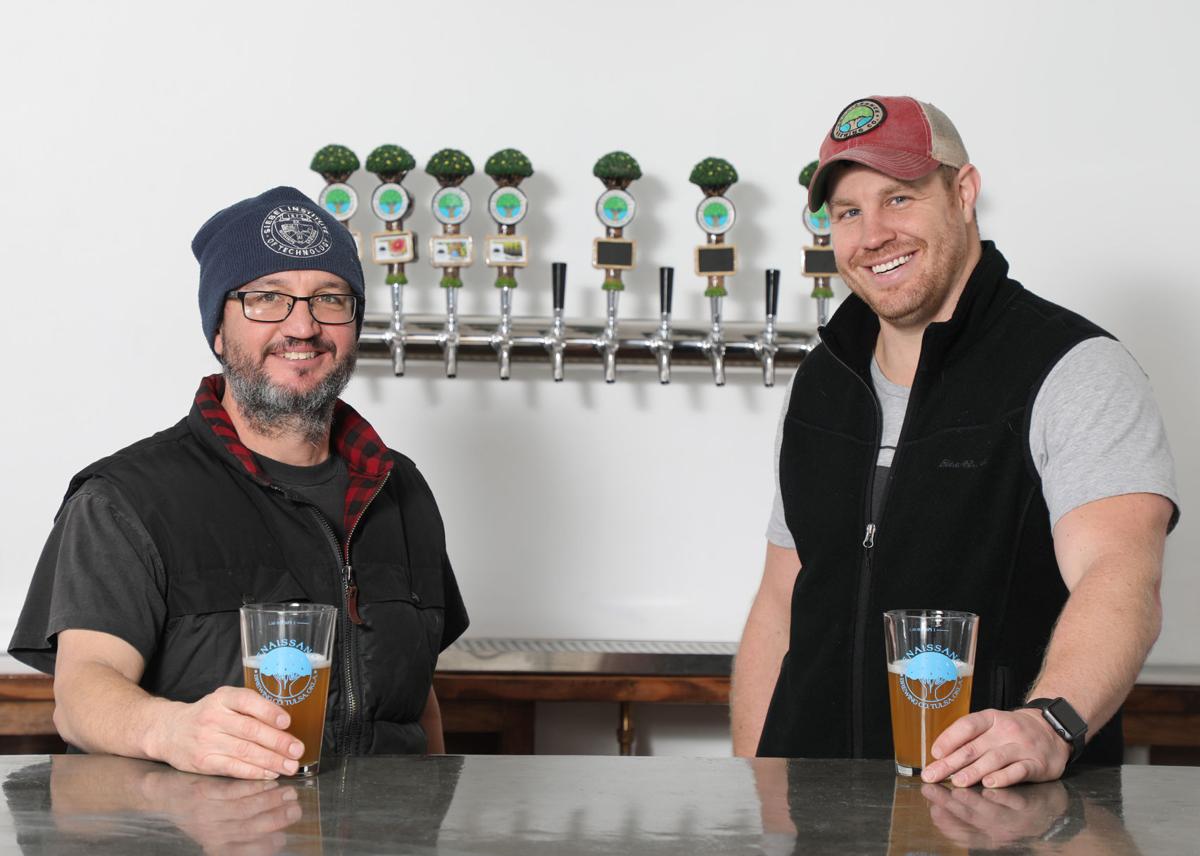 Renaissance Brewing Co. is opening to the public next week.

The long-planned brewery at 1147 S. Lewis Ave. will open at 4 p.m. Thursday, Jan. 11. This brewery was built from the ground up when most have taken an existing structure and made it work as a brewery.

That construction has meant a lot of roadblocks and delays.

“So we started this little project back in October 2011; we decided to build a brewery. After breaking ground at the end of 2015, two years later we are ready to open. We have been waiting a long time to welcome people into the brewery,” said founder Glenn Hall.

“People ask all the time why it has taken us so long, we have had beers out in the market for a year, thanks to brewing at Dead Armadillo. It has taken so long because no one really builds from the ground up — it takes a lot longer than most people realize, especially if you haven’t done it before,” Hall said.

“We are pleased with how everything turned out; we are happy everything came to fruition.”

Officials had a lot of questions about Tulsa’s first from-scratch brewery, so there were a lot of delays.

“When we started this process, there were no commercial-zoned breweries in Tulsa or in the state of Oklahoma. So there were no zoning areas for breweries except for industrial areas, so we were the first ones to challenge the zoning laws and so that was really difficult,” Hall said. “It took three planning commission meetings and three city council meetings to get the approval to be able to have a multi-use development here and to have a brewery and a taproom and, eventually, an apartment upstairs and have some space for special events.

“It was difficult to get that through the process; now, it is a little bit easier for everybody coming behind us. That took over a year, all of 2014, then it took nine months of approvals through the permitting office to get the permits to start building in 2015.”

What they ended up with is better than they imagined.

“It just feels great to realize the dream I had here when I saw three dilapidated houses that were run down and overtaken with vagrants,” he said. “I thought I could improve the neighborhood by putting something there.”

Renaissance is named for the historic neighborhood in which it is located, on a busy intersection between 11th and 15th streets and Lewis Avenue near Route 66.

“Our main focus is to cater to our neighborhood, that will be basically our regulars walking up. And hopefully when the laws change, we will have a family-friendly atmosphere where we can have some sodas and everything for the kids. We will eventually add some paninis behind the bar ... we hope to have that after we iron out everything with the beer,” Hall said.

Renaissance’s head brewer Kelsey Schumacher has been working on a variety of beers but is happy to be in a location custom-made for brewing beer.

“We were able to put our specs in on how we wanted the brewery to be built,” Schumacher said. “Glenn did a great job of thinking out into the future, as well as what we need right now. We were able to come in from the ground level and put the kind of floor we wanted to put in. The brewery itself is a seven-barrel brewery from Bennett Forgeworks. Glenn actually customizes it himself.

“It is a very open space, makes it easy to get around and do different things. ... Hopefully, in the future, the space allows us to have 23 different vessels including bright tanks and fermentation vessels.”

“While we were at Dead Armadillo, our goal was to get our four flagship beers out. That includes Renaissance Gold, Indian Wheat, Gamma Ray IPA and Renaissance Black Gold, our hybrid stout, so those are out in the market so that got our name out there,” Schumacher said. “We have the artistic ability to create one-off beers that we can sell. We will have seven or eight taps in the taproom that will be exclusive.”

The building is built in the style of buildings from the ’20s and ’30s. It’s close to the road, with parking in back. The taproom has lots of windows and views of Lewis.

“It was pretty difficult to build this way because no one really builds this way anymore. It is the way people built in the ’20-’30s, so we wanted to build a ’20-’30s style, a Route 66-type building where it is residential on top, airy storefront windows, you can look into the brewery, and we wanted it to have an industrial feel,” Hall said.

The taproom bar is custom with 400 fiber optic cables and LED lights pushing different colors through them. It gives it a starry effect.

“The second phase will be an addition to the taproom that will open the event space — an additional 900 square feet — and add about 50 or so to our capacity. Then once we get that open, we’re going to finish the two apartments upstairs, which will be extended-stay apartments. They will have kitchenettes, bathroom, showers and an open studio feel.

“Once we get that finished out, we plan on adding a full catering kitchen that we will host our own beer dinners, we will have a beer dinner — one or two a month — with guest chefs coming in.”

The event space will also be available for lease.

Renaissance will be open from 4-9 p.m. Wednesday-Saturday and noon to 6 p.m. Sunday.

Gift ideas for a teacher you really appreciate

Study: Americans love these gifts at the holidays

Study: Americans love these gifts at the holidays

Party planner secrets revealed! How to ace your holiday gathering

Party planner secrets revealed! How to ace your holiday gathering

The kitchen can be chaotic place during the holidays, and knife mishaps can occur. Here's advice on how to avoid a kitchen knife injury.

6 tips for carving a Thanksgiving turkey like a pro

Here's everything you need to know before slicing into that turkey on Thanksgiving Day.

Why do frozen turkeys explode when deep-fried?

Deep-fried turkeys are delicious, but making one can be dangerous. Here's the scientific reason for fiery Thanksgiving mishaps.

Here's why Ocean Spray cranberry sauce labels are upside down

Perhaps one of the great Thanksgiving mysteries is the cranberry sauce, and not why people eat it: Why are the labels on Ocean Spray cans upside down?

Hitting a holiday party? Be a hero with one of these host gifts

Never worry about showing up empty-handed with these eight crowd-pleasing goodies.

Renaissance Brewing Co., 1147 S. Lewis Ave., was built to look like a ‘20s- or ‘30s-era building with parking in back. TOM GILBERT/Tulsa World