Packers vs. Rams: Follow the latest scores and updates from the NFL playoffs

Bowl me down: Taking comfort in things you can eat out of a bowl
Share this
{{featured_button_text}}
1 of 14 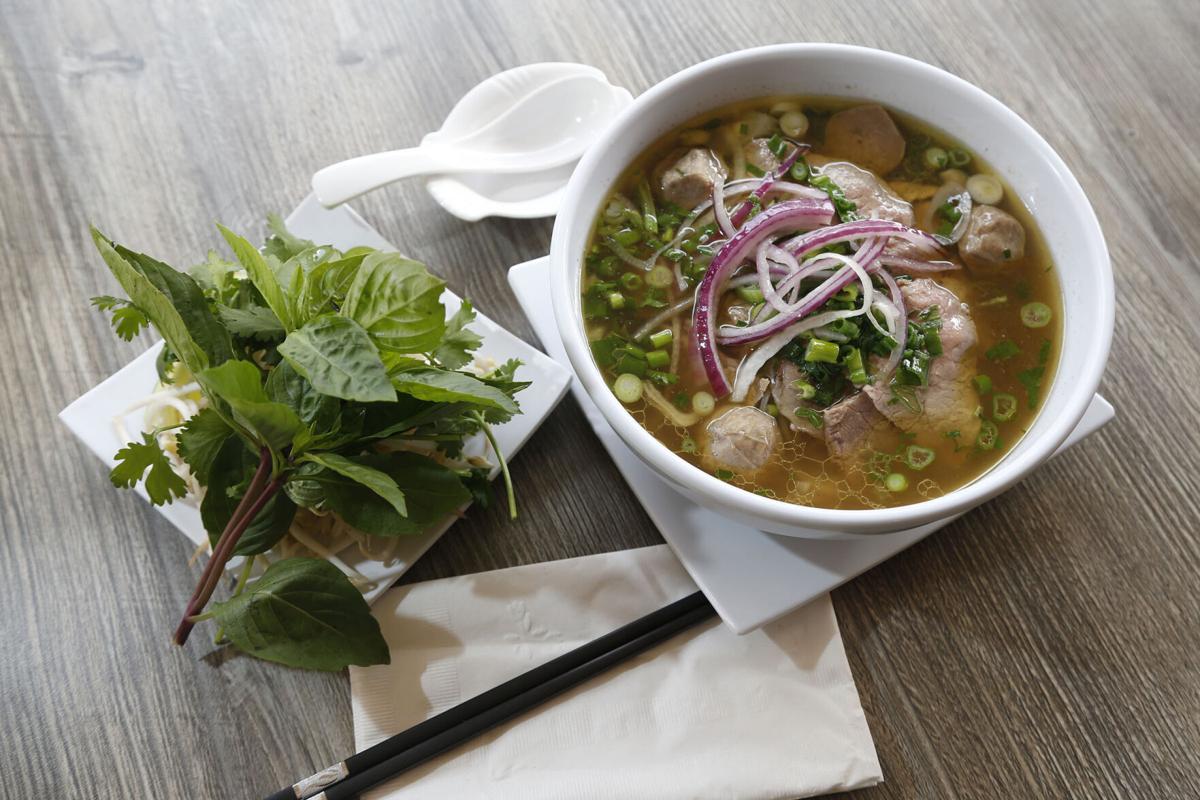 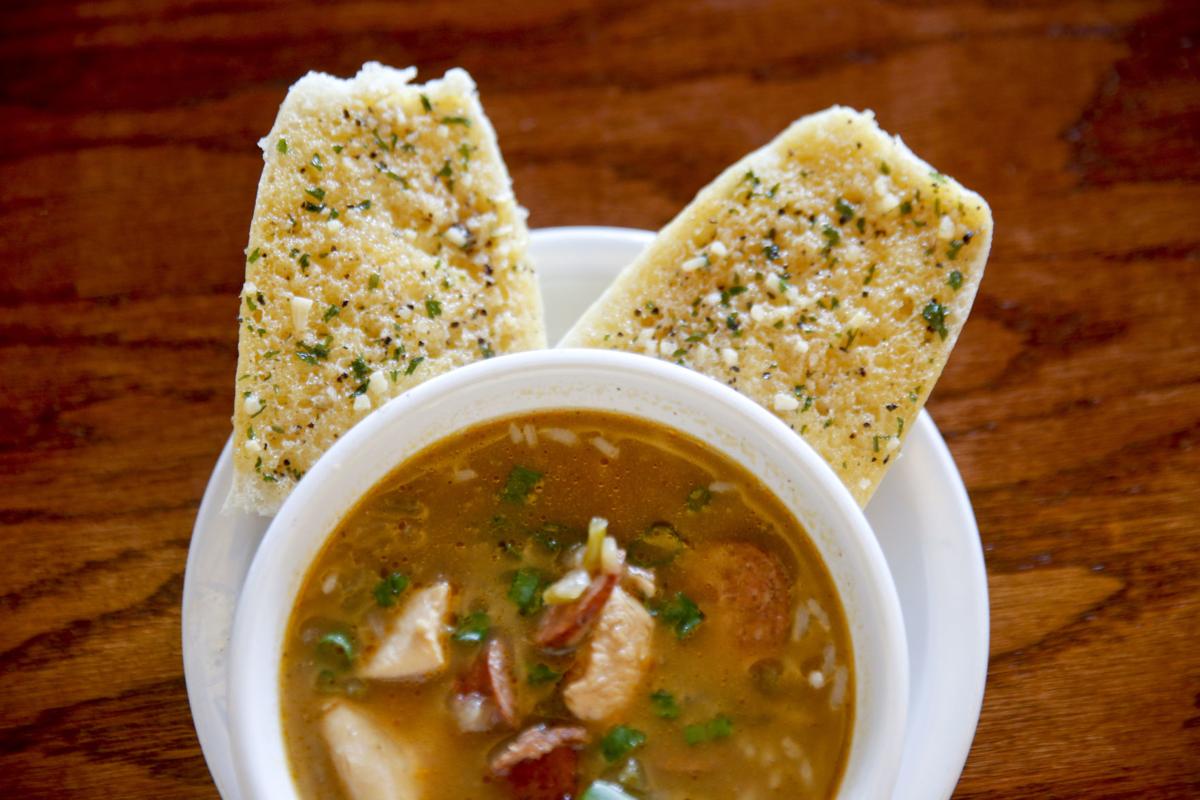 The chicken and sausage gumbo is a Cajun specialty at Flavors of Louisiana. 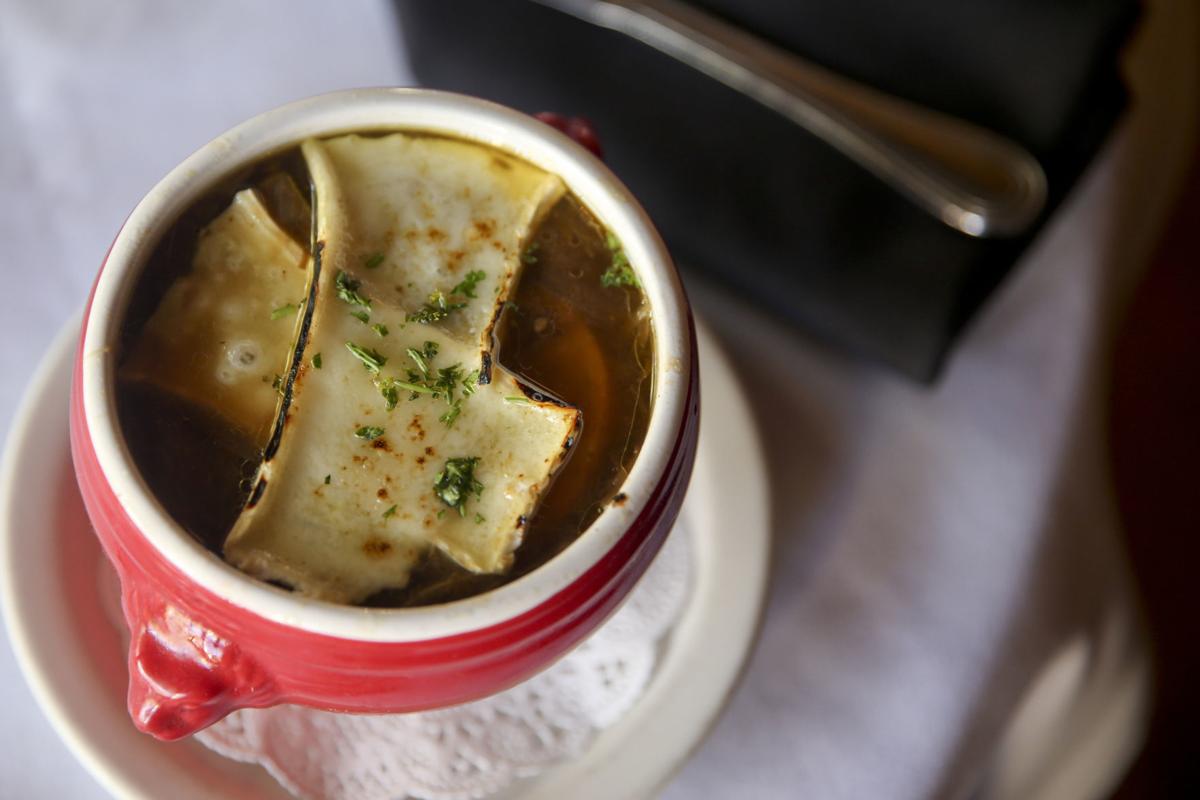 French onion soup is served at French Hen. This soup is a longtime favorite at this Tulsa icon. It will surely warm you up on a cold day. 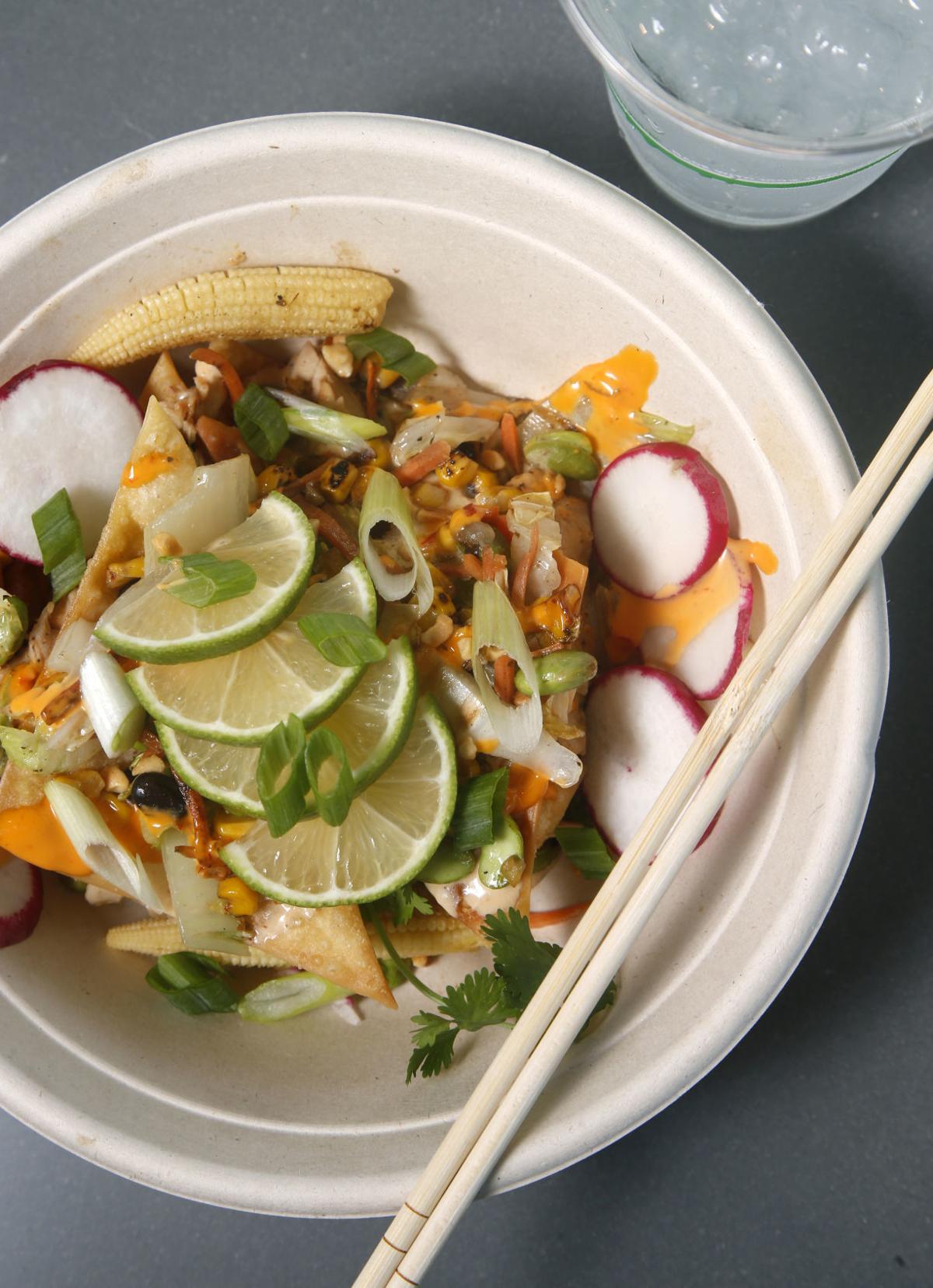 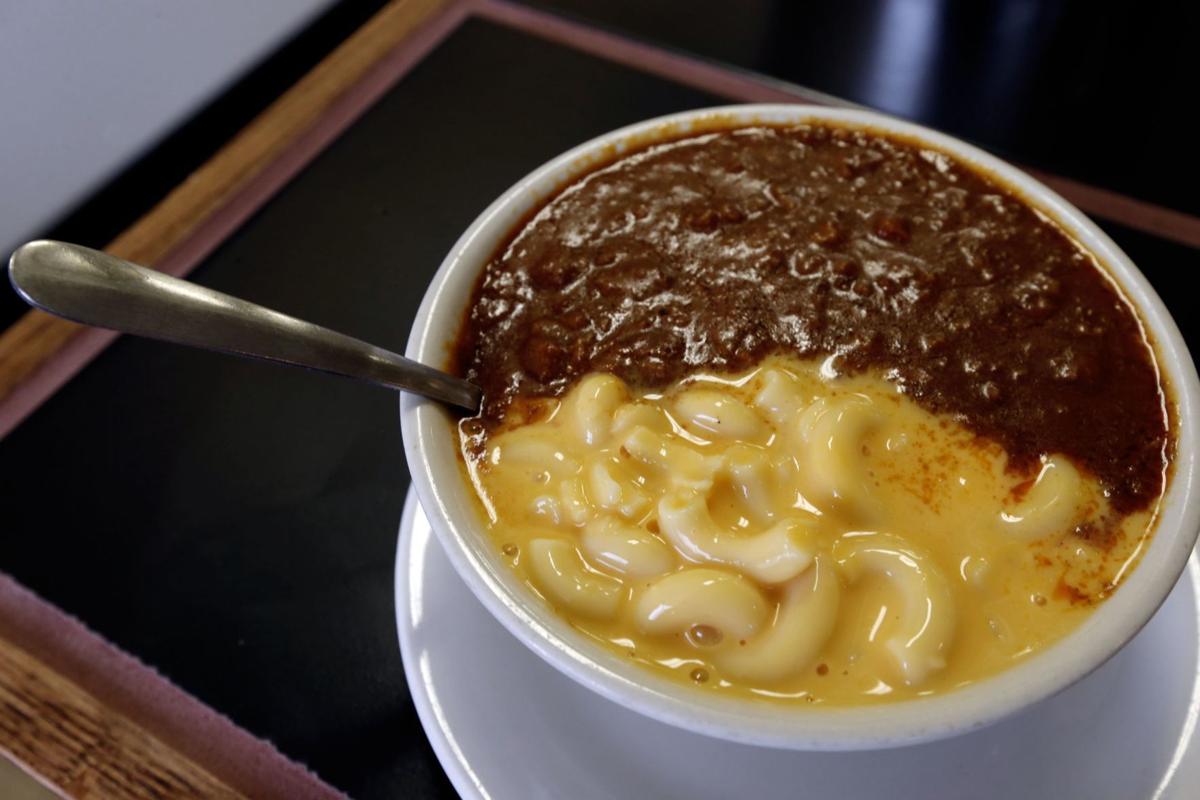 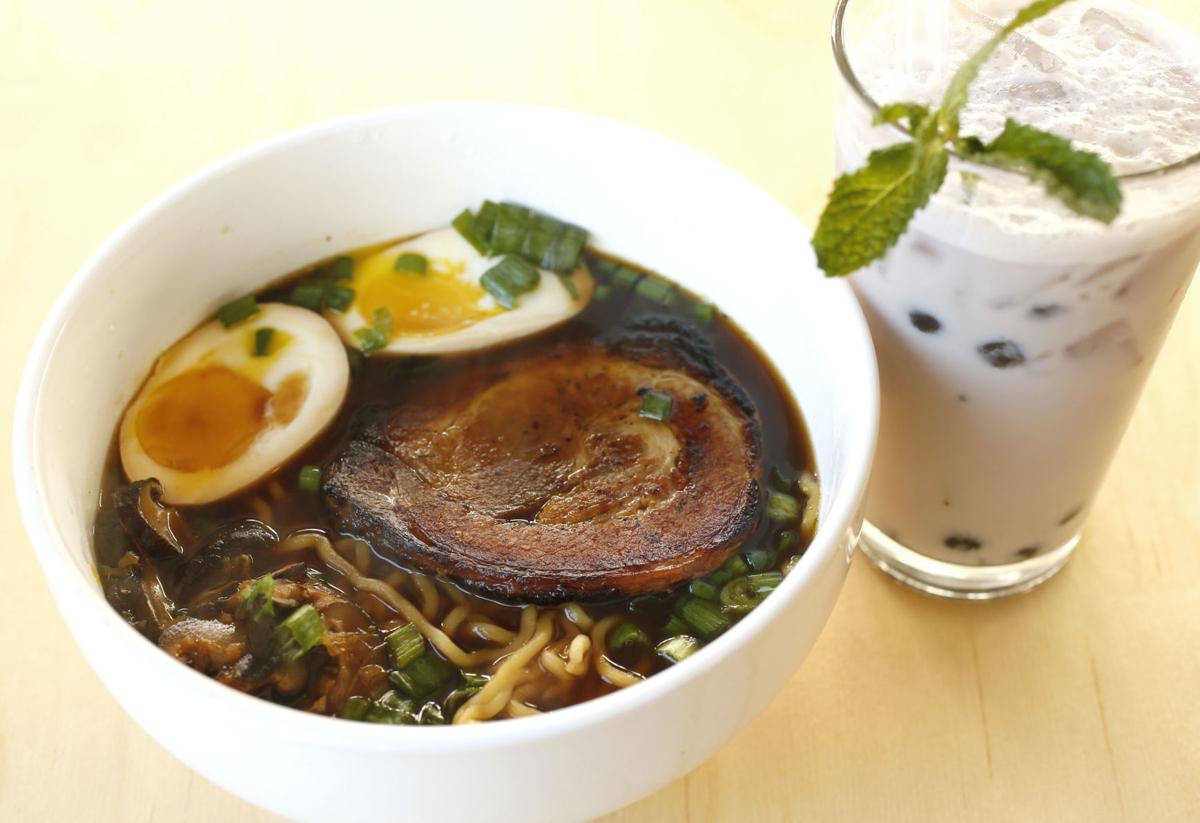 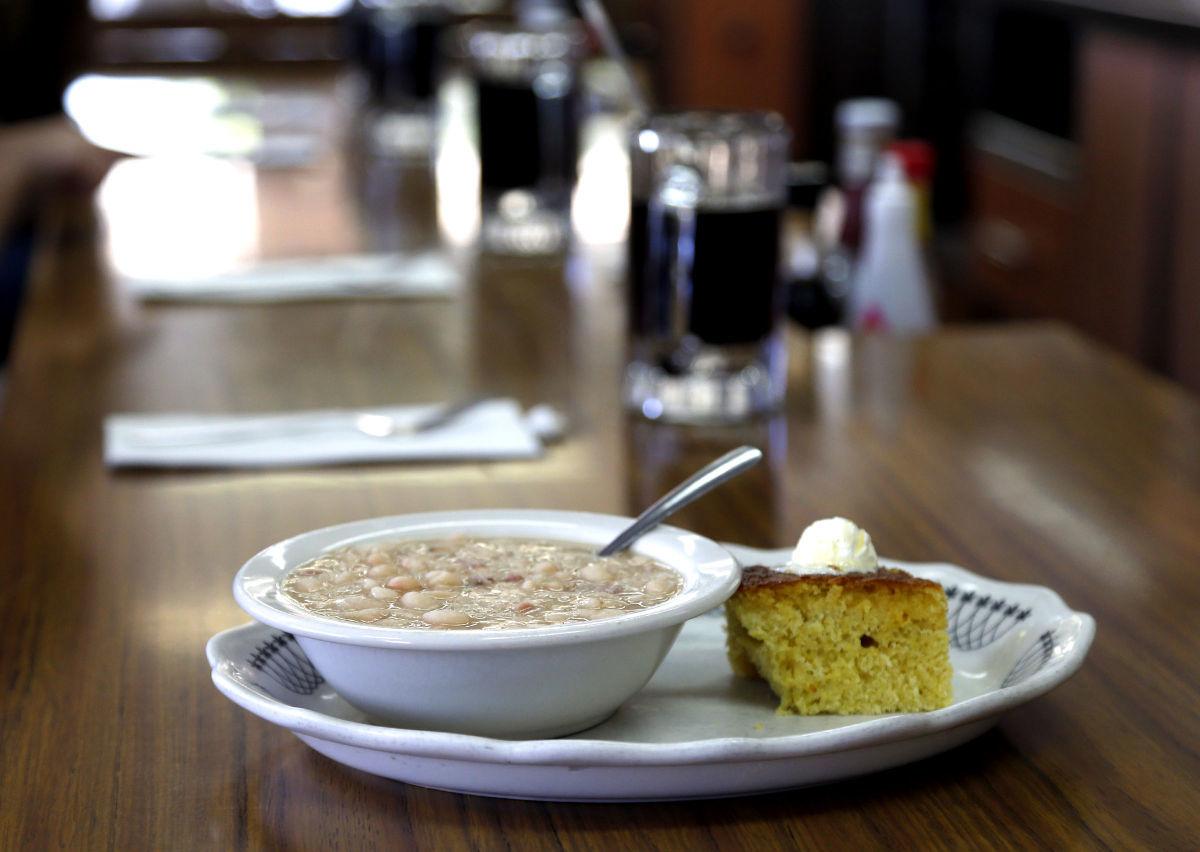 Brownie’s is famous for its homemade root beer, burgers and bowl specials. 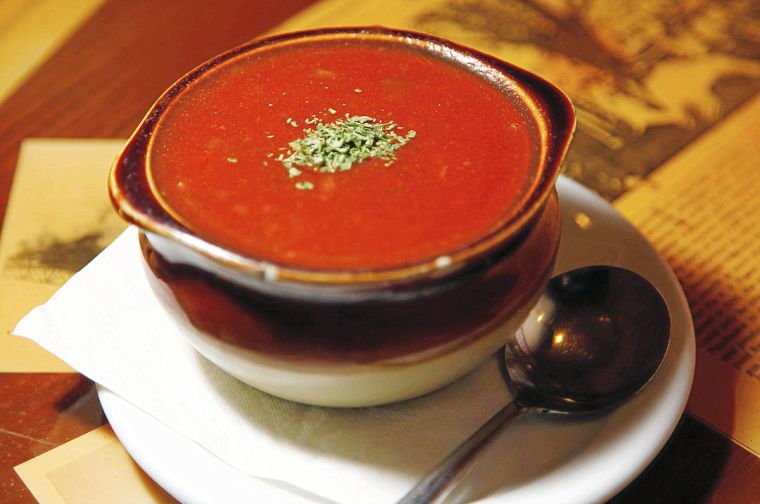 The Spudder's tomato soup is listed on the menu as "famous" tomato soup. 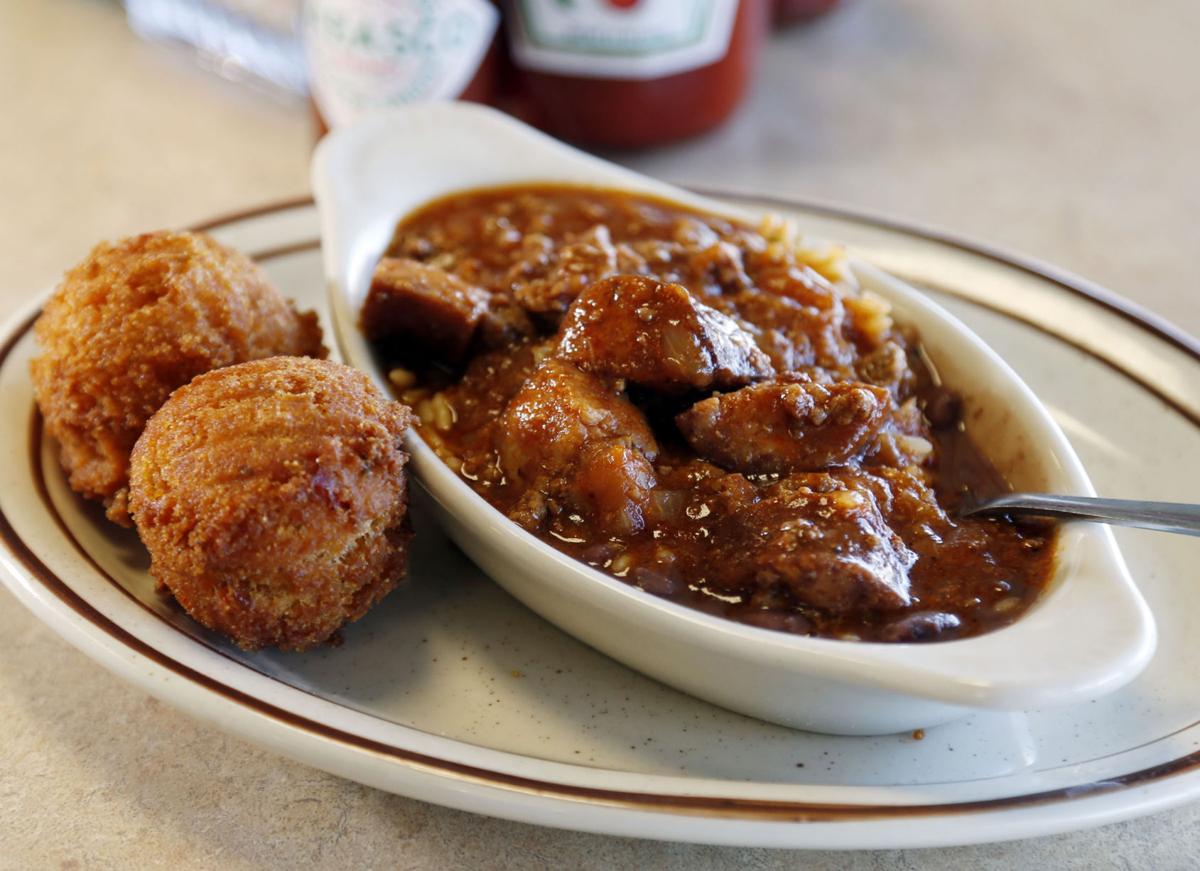 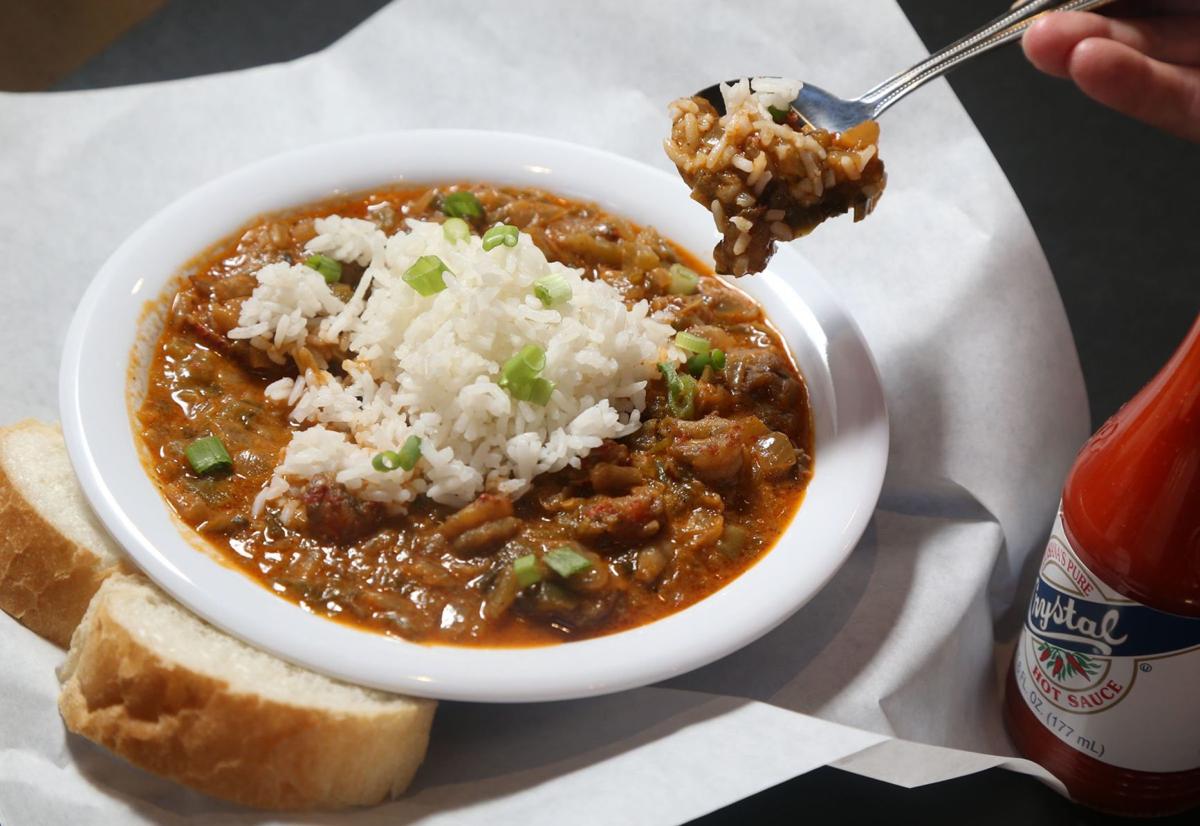 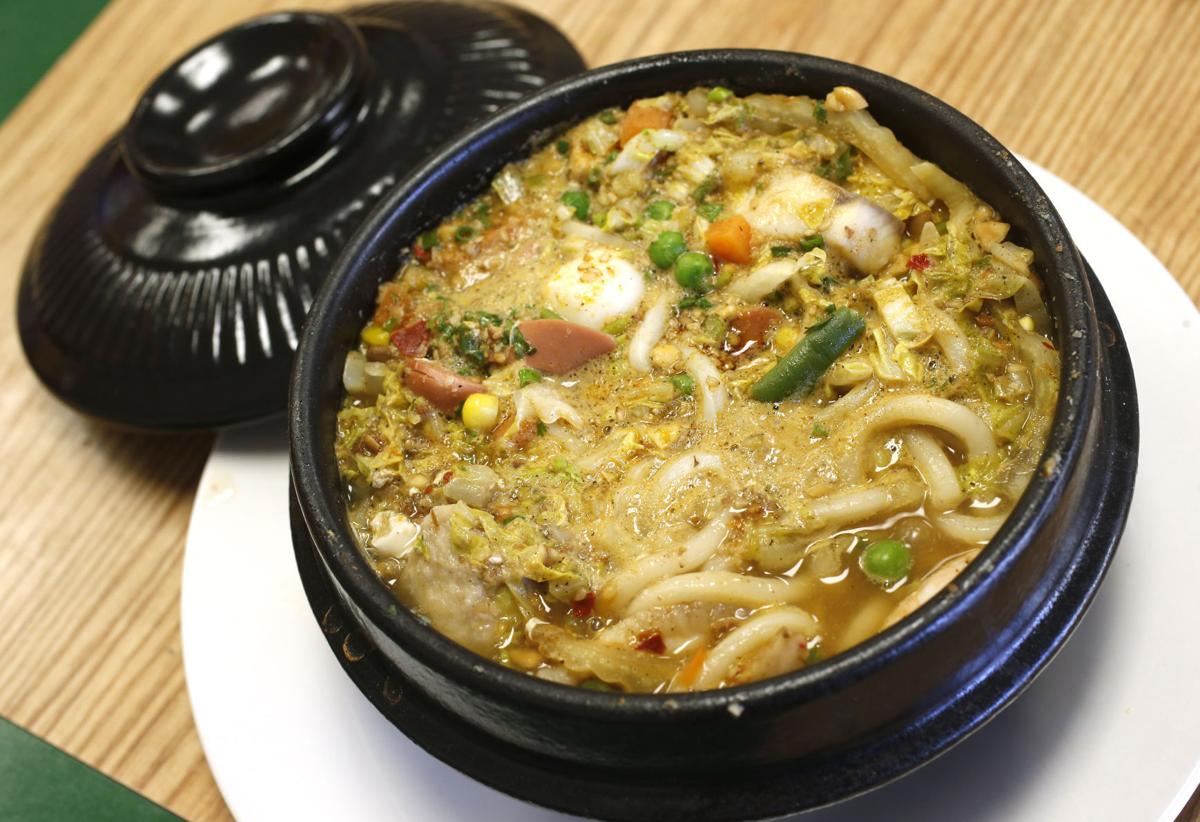 Myi- oo meeshi is served in a clay pot at Kai Burmese Cuisine. 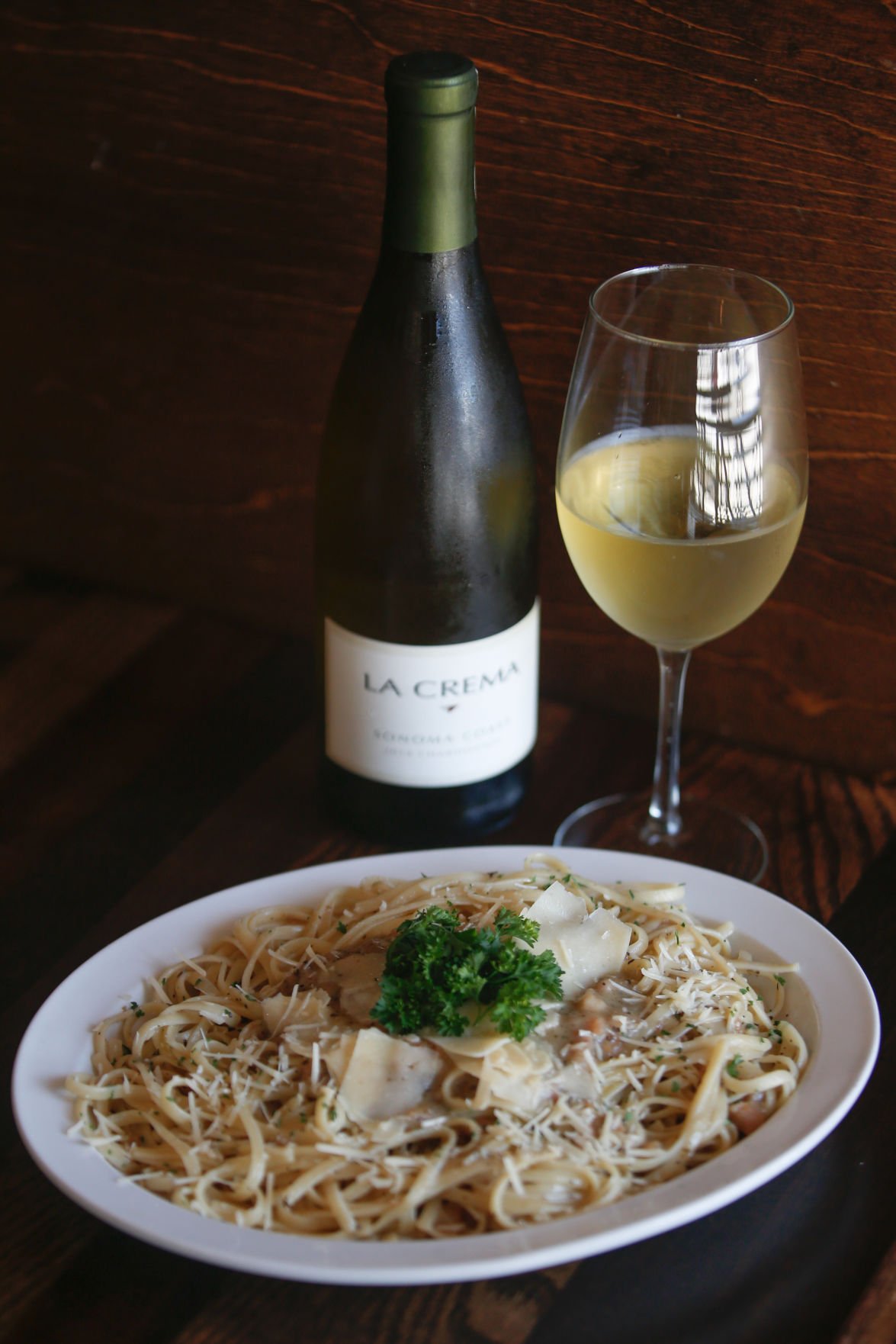 The traditional recipe for the Clams & Linguini dish at Mondo's Ristorante Italiano was passed down from Mondo's co-owner Rob Aloisio's father. The dish includes buttered clams in white clam sauce served over a bed of linguine. 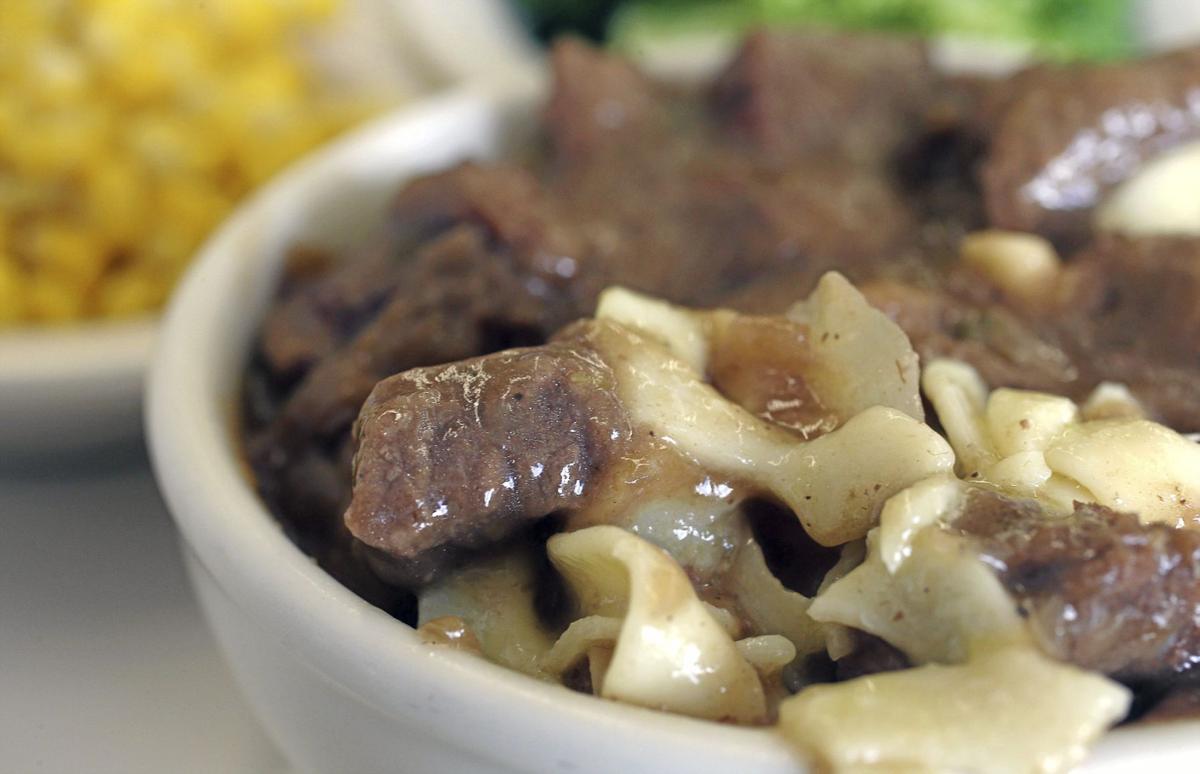 Braised beef tips and noodles is a Tuesday special at Savoy restaurant. 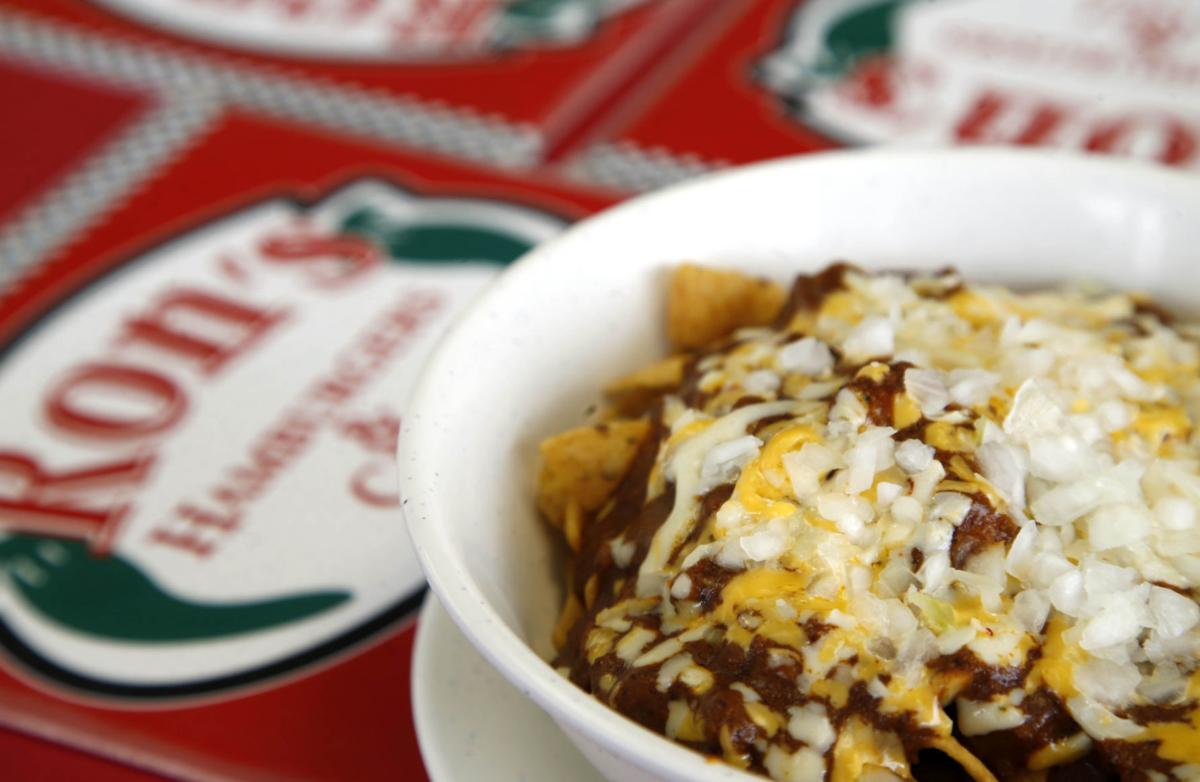 Treat yourself to a Frito Pie at Ron’s Hamburgers.

After such a tumultuous year as 2020, it’s only natural to want to find some sort of comfort, something that might restore a warm, hopeful glow during the often bleak days of mid-winter.

In that spirit, the Tulsa World Scene staff has come up with a list of ways to nourish the body, mind and spirit — one bowl at a time.

The whole “bowl food” or “bowl meals” trend has grown increasingly popular in recent years, in part because settling in with a bowl of something warm and tasty is about as basic a way of enjoying one’s meal as can be imagined.

What’s in said bowl can be as simple as a mess of beans or chili or as complex as a bowl of Vietnamese pho or Louisiana gumbo.

We don’t claim that our list is definitive, but we hope it will get you started on finding some new dish, or reacquainting yourself with an old favorite that can still bowl you over with how good it is.

NOTE: Most of the restaurants listed are open for indoor dining but also offer takeout or delivery options.

If there was a hall of fame for old-school comfort food, beans and cornbread should be inducted.

Brownie’s Hamburger Stand is one of the oldest burger joints in Tulsa. Many guests choose to wash down their burgers with homemade root beer.

But Brownie’s also is a place where you can belly up to a table and dive into a bowl of beans. Navy beans and cornbread can be yours for $4.99. Other every-day bowl options at Brownie’s include stew and chili.

You know a restaurant takes pride in a menu item when it’s listed as “Spudder’s famous tomato soup.”

In 2015, the Tulsa World wrote this about it: “Perhaps you’ve been to Tulsa’s well-known steakhouse and ordered up your meal that comes with the delicious potato soup as a side dish. But consider substituting the tomato soup and you may never go back again. It’s that tasty.”

White River may be famous for its seafood dinners, from fried catfish to broiled scallops, but it also does an excellent job with two staples of New Orleans cuisine. The White River gumbo is good, but the red beans and rice are, in our opinion, some of the best in town, with beans that have the right balance of firmness and creaminess, in a rich roux liberally studded with spicy smoked sausage. A cup, which serves as a fine appetizer portion, is $5.95, while the meal-in-itself bowl is $8.95.

Chili and macaroni and cheese are two linchpins of the comfort food continuum. Leave it to Ike’s, one of Tulsa’s longest-lived restaurants, to bring these two together in a distinctive way. Instead of simply stirring a scoop of pasta into chili and calling it good, Ike’s serves up a bowl with chili on one side and mac and cheese on the other. Simple yet genius. And depending on how big a portion you can put away, bowls of Ike’s chili mac range from $7.37 for a regular size to $16.59 for a triple.

Comfort food is the Savoy Restaurant’s stock in trade — gigantic cinnamon rolls, anyone? And their braised beef tips, steeped in rich gravy and served over homemade noodles, is comfort food in the extreme. Unfortunately, it’s only available as a special on Tuesdays. But if you can’t make Tuesday, one of the Savoy’s Wednesday specials is chicken and noodles. Each are $12.

Onion soup may be something of a staple, but at the French Hen, it’s elevated to comfort-food art. Loads of onions are caramelized into buttery softness that contrast with the sharpness of the slices of brie crisscrossed over a thin but still toothsome crostini.

Gumbo starts with a roux — a paste of flour and fat that is painstakingly browned to create the base of this stew’s unique flavor. When it’s done well, as it’s done at Flavors of Louisiana, the broth is tasty enough to drink by itself. But this gumbo is also loaded with moist, tender chicken and pungent andouille sausage, served over rice and accompanied by slices of garlic bread. It’s available as a side ($4.99) or as an entree ($4.75-$10.50).

There’s a good reason why Ron’s includes “& Chili” in its name — patrons have been flocking to Ron’s for 45 years to enjoy this award-winning concoction. It’s available by itself, poured over burgers and fries, but really the best way to have Ron’s chili is in the Frito chili pie, ladled over a bed of corn chips and topped with cheese ($6).

Pho, the fragrant broth of rice noodles served with bean sprouts and herbs, is about as close to a national dish as Vietnam has. There are a number of local restaurants that offer fine examples of this dish, but we have a fondness for the pho at Kai Vietnamese.

One reason is that, while condiments such as hoisin, chili and fish sauce are available, the pho at Kai needs no such augmentation. The broth is rich, unctuous and deeply flavored. A bowl makes a full meal, and depending upon the proteins selected, costs $10-$12.

The word étouffée literally means “smothered” — which, in Cajun and Creole cooking, is what is done when shellfish of some sort is stewed in a sauce usually including onion, celery, bell pepper and tomato, that is served over rice. Lassalle’s version is about as good as can be had outside of New Orleans. It’s available on its own ($5.25-$8.25), or as a side for one of the restaurant’s po’boy or muffuletta sandwiches.

The cuisine of Burma, or Myanmar, is influenced by its southeast Asian neighbors India, Bangladesh, China, Laos and Thailand, though it has its own identity that is difficult to describe but easy to appreciate.

Mondo’s has been serving Tulsans Italian cuisine since 1969, and one of the dishes that has been a mainstay of the menu from the beginning is the Clam & Linguini.

The recipe was developed by founder Louis Aloisio’s grandfather and remains unchanged. Plump clams in a rich, buttery sauce are served atop a substantial portion of pasta. The lunch portion is $10.95; at dinner time, it’s $15.95, and comes with choice of soup or salad and garlic bread.

This eatery on the north end of the Guthrie Green serves just about everything they make in bowls, from egg drop soup to smoothie bowls.

Most of the entrees have an Asian twist to them, such as the Southwestern Thai chicken nachos ($9), which is made up of chunks of fajita chicken topped with blend of peanut satay and green-chili white queso sauces, vegetables and the somewhat fiercely named “Boom-Boom Sauce,” all atop of bowl full of crispy fried wonton chips.

If there are still those who believe ramen begins and ends with those packets of desiccated noodles that can be found in any college dorm, the ramen at Roppongi will come as a revelation.

It offers several varieties, but we remain partial to the pork belly, for its simplicity — a spiral of all-natural pork belly, shiitake mushrooms, scallions and a soft-cooked egg in a velvety shoyu broth.

Miss the Full Moon Tortilla Soup? Here is a recipe that pays homage to the delicious dish and more chicken soup recipes too.

The chicken and sausage gumbo is a Cajun specialty at Flavors of Louisiana.

French onion soup is served at French Hen. This soup is a longtime favorite at this Tulsa icon. It will surely warm you up on a cold day.

Brownie’s is famous for its homemade root beer, burgers and bowl specials.

The Spudder's tomato soup is listed on the menu as "famous" tomato soup.

Myi- oo meeshi is served in a clay pot at Kai Burmese Cuisine.

The traditional recipe for the Clams & Linguini dish at Mondo's Ristorante Italiano was passed down from Mondo's co-owner Rob Aloisio's father. The dish includes buttered clams in white clam sauce served over a bed of linguine.

Braised beef tips and noodles is a Tuesday special at Savoy restaurant.

Treat yourself to a Frito Pie at Ron’s Hamburgers.