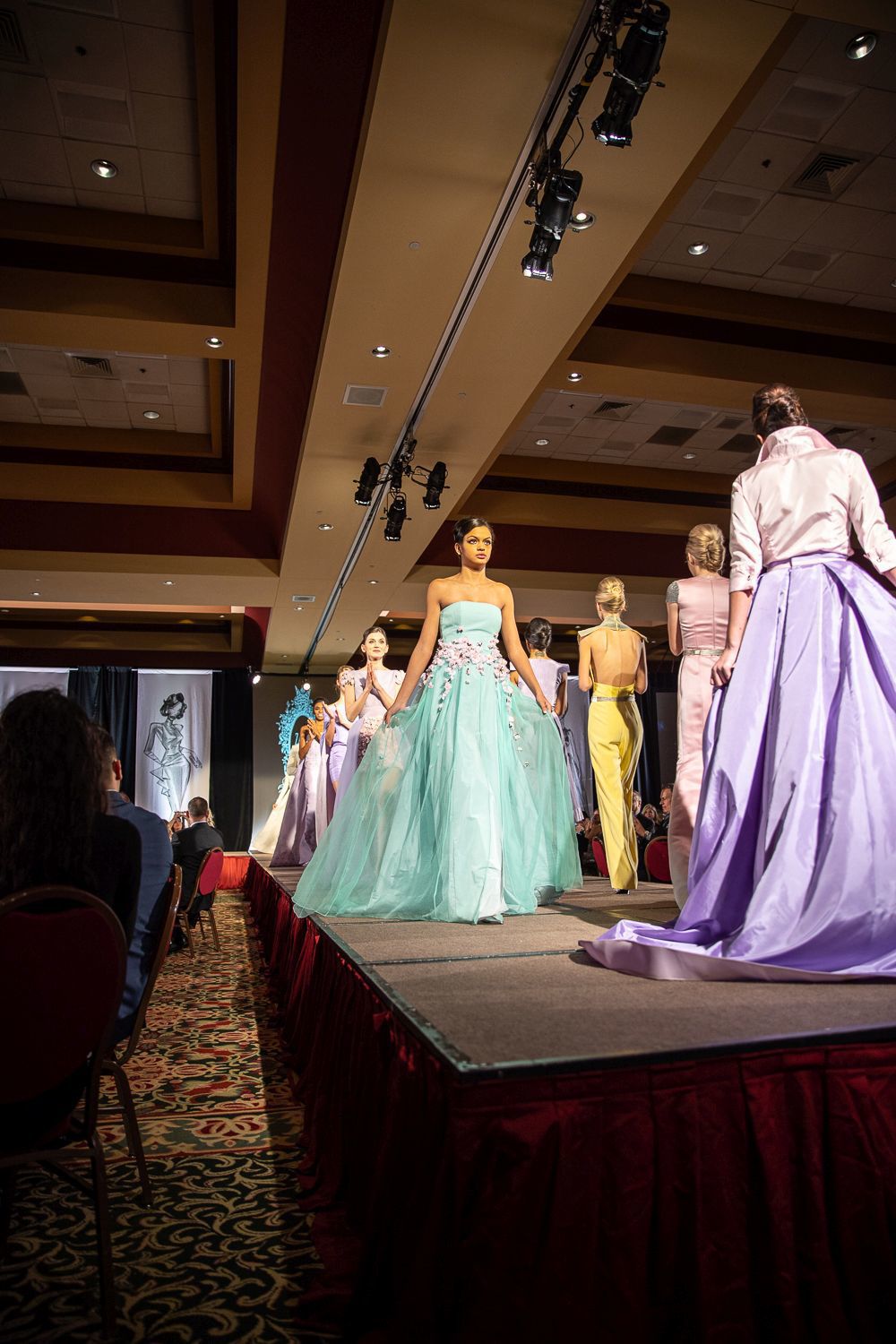 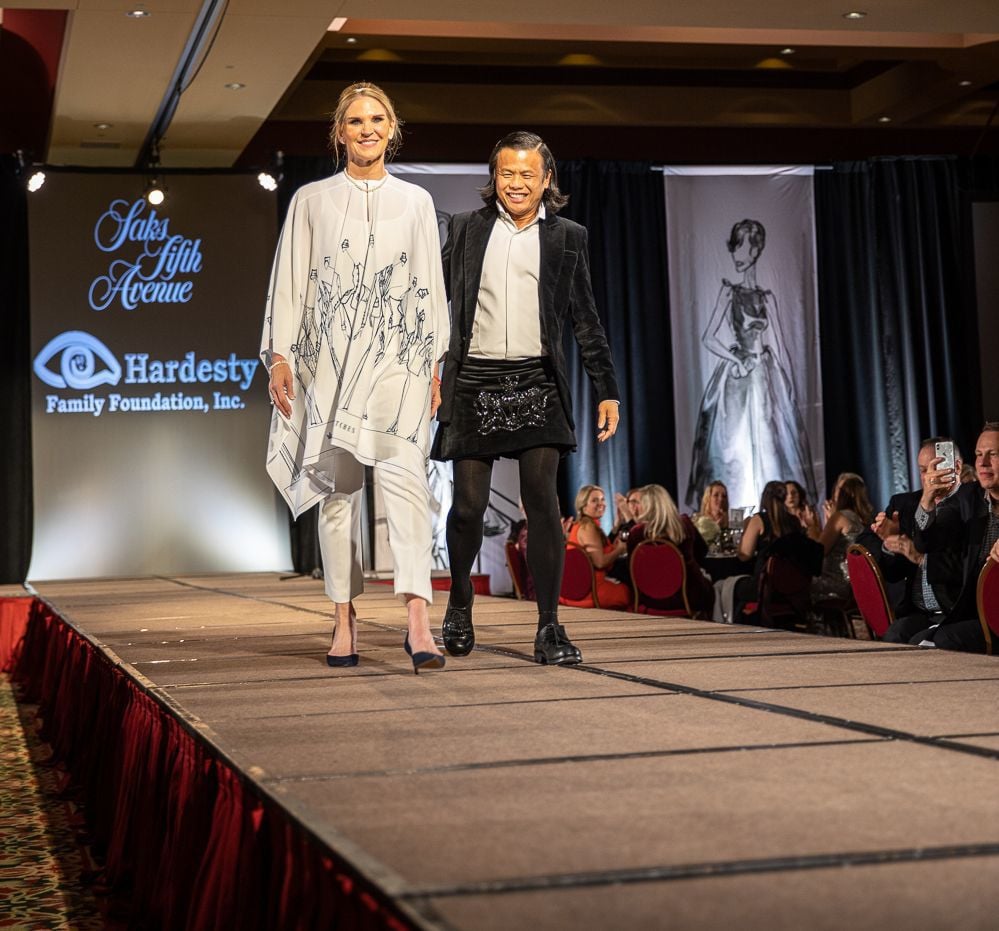 Michelle Hardesty of the Hardesty Family Foundation and fashion designer Zang Toi take to the runway at the conclusion of Toi’s fashion show at the 2019 “Wine, Women & Shoes” gala. Zang Toi will unveil his 2022 Spring Collection at this year’s event.

The event, presented by the Hardesty Family Foundation, will feature the Spring 2022 Collection from the House of Zang Toi, in collaboration with Saks Fifth Avenue Tulsa.

This year’s gala, which benefits the 43 local arts organizations that are members of Arts Alliance Tulsa, will feature merchandise from local and national vendors; wines from around the world; the chance to win a key to a closet of goods worth thousands and to be pampered by some of Tulsa’s most charming “sole men.”

The highlight of the evening will be the runway fashion show, featuring Zang Toi’s latest creations.

Zang Toi first came to national attention in 1990, when soon after opening his business in New York City, he was featured in the March 1990 issue of Vogue.

Zang was recognized by Vivid Magazine where he was named as one of the most influential Chinese Americans (June-July 2011 issue), and his work continues to be praised for its timeless beauty, built on a strong tradition of elegance.

Single tickets are $195 per person, with sponsorships ranging from $2,500 to 410,000 are available. To purchase and more information: artstulsa.org.

PennyWise Episode 39: Easy ways to save money on holiday decorations this year

Tiffany is selling its most expensive piece of jewelry ever

"The World's Fair Necklace," unveiled in Dubai on Sunday, features 180 carats of diamonds set in platinum. Its centerpiece is an 80-carat oval, flawless "Empire Diamond."

Michelle Hardesty of the Hardesty Family Foundation and fashion designer Zang Toi take to the runway at the conclusion of Toi’s fashion show at the 2019 “Wine, Women & Shoes” gala. Zang Toi will unveil his 2022 Spring Collection at this year’s event.