Helmerich & Payne to transition to new Tulsa high-rise in 2024 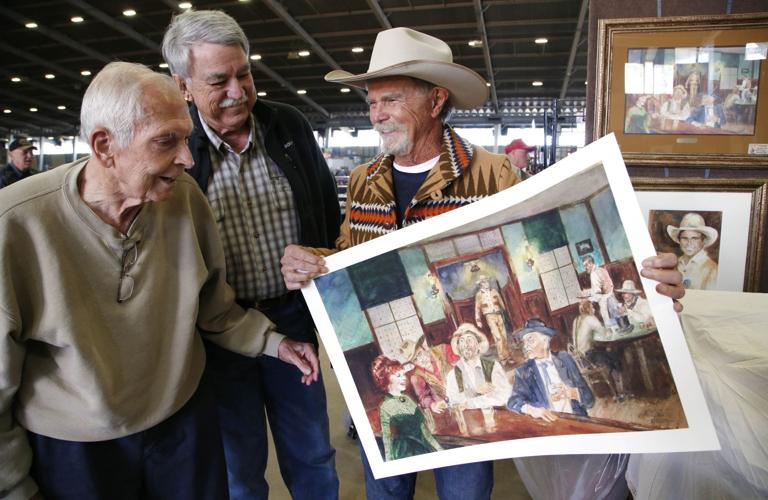 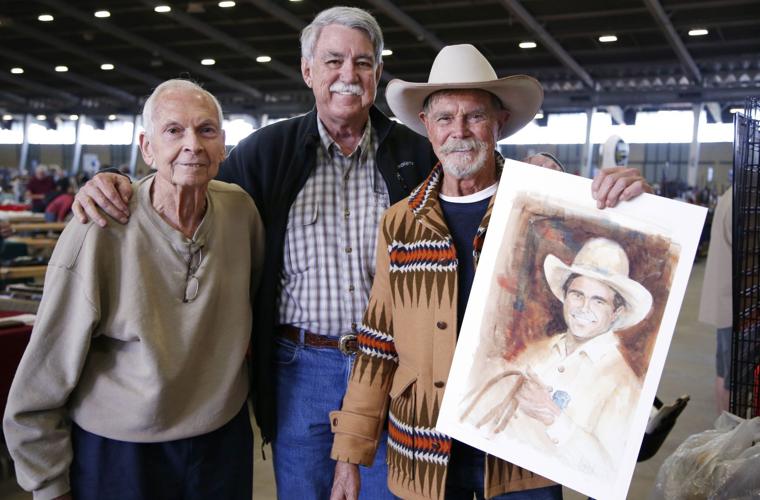 Buck Taylor should wear his association with “Gunsmoke” like a badge of honor.

In the categories of longevity and sustained quality, “Gunsmoke” represents a television gold standard. The Western series, featuring the adventures of Matt Dillon and his supporting cast, aired for 20 seasons and more than 600 episodes.

Taylor, who is scheduled to be in Tulsa on Nov. 11-12 for the Wanenmacher Tulsa Arms Show, said in a phone interview that he thinks CBS was ready to cancel the show after about a dozen seasons but decided against it after network affiliates and fans of the show voiced objections. Fans went crazy, according to Taylor.

“So they said, ‘We apologize. We’re going to keep it.’ So they kept it and they said, ‘You know, we need to add a younger person in here.’ ”

Guess who provided the new blood?

Taylor won an audition for the role of Newly O’Brien, a part he played during the show’s final eight seasons. He can’t remember who else auditioned for the job, but he recalled competing with five actors for the role.

“I was the fortunate one,” he said. “We all did a scene with Miss Kitty, and she was fantastic.”

“Amanda (Blake, who played Miss Kitty) and I ended up in a cave, and the bad guys were after us,” Taylor said. “They thought I was a doctor. I had a doctor’s bag, but I had gunsmith tools in it. Their brother was wounded, and they wanted me to heal him, fix him.”

Newly used his skill set and available materials to patch together a gun and save the day.

“The stories were good guys win, bad guys lose,” Taylor said. “Very simple. But they were written very well. And they still (hold up) to this day for good watching.”

Taylor is reminded of this when he makes public appearances and meets people who love the show and who have passed on that love to their children and grandchildren. He knows he will field questions about the series at the gun show, and that’s great.

Taylor said a lot of people ask him this question: How did you get into this?

By “this,” they mean painting.

Taylor is a professional artist. He described himself as an American watercolorist who can paint just about anything.

“But my market is really toward the Western way of life, which I live,” Taylor, who lives on a ranch in Texas, said.

He’ll have Western-themed paintings, including works inspired by “Gunsmoke” and “Tombstone,” available for sale at the gun show.

So what does he tell fans when they ask how he got into painting?

“I tell them I was broke,” he said. “I needed the money. It was another way to supplement my income. I knew I had this talent, and these voices told me, ‘OK, start using it.’ ... At the time, I was kind of desperate.”

Taylor said he has been painting seriously for about 35 years, but he started painting when he was a kid. He said an aunt helped him tremendously with his artwork. The aunt was Fay Taylor, a fashion illustrator in Oklahoma City. She was the sister of Taylor’s father, Dub Taylor, and they made for quite a contrast — one a fashion illustrator and the other a “grubby looking guy” and character actor who appeared in many Westerns.

Taylor is still active in the family business of show business. At the time of the phone interview, he was in Montana to film scenes for “Yellowstone,” a new Paramount Network Western series starring Kevin Costner. He feels doubly blessed.

“I thank God every day when I wake up and several times during the day,” he said. “I have this talent for painting and being able to work in movies. They are similar. They are both creative talents. I create paintings from watercolor, so it’s on paper, and I create characters on the screen, so they are very similar in a way and it’s gratifying, both of them are. But I wake up every day and thank God.”

How did Buck Taylor become part of Tulsa gun show?

Actor Buck Taylor will again return to be a part of Wanenmacher’s Tulsa Arms Show Nov. 11-12.

“Playing a gunsmith on ‘Gunsmoke’ qualifies me, you know?” Taylor said. “I can take a gun apart, but I can’t put it back together. I have to go to a gunsmith. When I go to that Tulsa gun show, there are a lot of them there.”

Taylor said this will be his fifth time to appear at the show. How did the relationship begin? He said he had friends (among them were late actor Dan Haggerty of “Grizzly Adams” fame) who told him he had to go to the show. Taylor said he called Joe Wanenmacher to see if he could be invited. Taylor was thrilled when Wanenmacher said “yes.”

“I love going there,” Taylor said. “I don’t get to see much because I’m in my booth a lot. But a lot of ‘Gunsmoke’ fans are there and ‘Tombstone’ fans and ‘Gettysburg’ fans, for Civil War people. The gun show, I’ve never seen anything like it. They have everything from collectibles to new guns and it just goes on and on. Joe has done an incredible job of keeping this thing alive for many years now and I’m just glad that I can be part of it. I reach to all my ‘Gunsmoke’ fans to come by and see this great show.”

A painter, Taylor sells Western-themed artwork at the show, but he said he loves guns and loves the Second Amendment.

“God bless America, God bless the Second Amendment and thank God we have the right to defend ourselves if we have to,” he said.

For the past 20 years, members of the Rodgers family have been caretakers of the historic music venue.

Earlier this year, he spearheaded the $101.17 million sale of the Warren Place office complex, the largest commercial real estate transaction ever recorded in the city.

The epitome of luxury: Spacious home has been completely updated

'A gathering place': Take a look inside the Adams House, an iconic Bruce Goff creation

The Adams House was built by Bruce Goff in 1966 and exemplifies his organic architectural style.

For the Tulsans who love important, well-played golf, May 16-22 undoubtedly was the best week of the year.

Tulsa Trailblazer: J.M. Hall was one of the most influential figures in early Tulsa

A Tulsa World obituary declared that “he always had a leading part” in guiding the city’s growth and that “the Tulsa of today” wouldn’t have existed without him.

Jobs where you're most likely to be single at 40

Ever felt like your job was holding you back from meeting that special someone? You may be right.

In 2022, Hensel became the first female citizen of the Cherokee Nation to direct an official Sundance Film Festival selection.

He went from a sixth-round pick at the bottom of the depth chart to a starter by the first game of the season, something no scout or coach predicted. The unlikely journey was all documented on HBO's popular "Hard Knocks" weekly TV series, which showcases NFL rookies as they try to make the team.

Treat yourself to luxury: These upscale suites at Tulsa hotels are worth saving up for

Whether you want to celebrate a New Year's Eve to remember, have a special occasion coming up or are just wanting to treat yourself, Tulsa hotels have the perfect getaway options for you. These rooms and top suites are certainly worth the splurge.

Gen Z are turning their time online into a side hustle

Ugly Christmas sweaters are now a holiday staple, even for some pets

Ugly Christmas sweaters are now a holiday staple, even for some pets