Poll question: What do you believe?

Four out of 10 Americans believe the Earth is less than 10,000 years old, despite overwhelming acceptance in the scientific and academic communities that the planet is some 4.5 billion years old.

“Young Earthers,” as they are sometimes called, tend to take the biblical story of the creation literally.

While an ancient Earth is considered settled science in academic circles, it has been discussed and debated for decades in some evangelical churches and schools and in some conservative Christian colleges.

And there is evidence the debate is heating up.

“I think it’s gaining some momentum,” said the Rev. Eric Bryan, lead pastor at Fellowship Bible Church, who said he believes in a young Earth but is not dogmatic about it.

“The Bill Nye and Ken Ham debate brought it into public focus,” he said.

The young Earth debate was a key part of the high-profile televised debate last February between Ham, founder of Answers in Genesis, and Nye, “The Science Guy.”

The issue was also the subject last month of a two-day seminar hosted by Kirk of the Hills Presbyterian and will be debated in April at a panel discussion organized by Jim Burkett, an adjunct scholar with the Josh McDowell Institute for Christian Apologetics in Bartlesville.

At the heart of the debate is whether the biblical record demands a young Earth scenario, with creation 6,000 to 10,000 years ago in seven literal 24-hour days.

“Old Earth” evangelicals insist that the young Earth position is just one among many possible ways to interpret the biblical record.

And evangelicals on both sides of the debate are concerned that the issue is becoming divisive.

Burkett said he is more concerned about the attitude some people are taking than about the content of the debate itself.

“I’m so grieved to see Christians seeking to marginalize one another,” he said. “I’m amazed who they’re calling heretics.”

Larry Hart, author and professor of theology at Oral Roberts University, said, “Some young Earthers can be so aggressive. ... They say old Earthers are liberal and don’t believe the Bible. That creates more heat than light.

“We’ve got to be careful. Remember that the church called Copernicus and Galileo heretics,” he said.

Despite overwhelming opposition in the academic and scientific community, belief in young Earth creationism has remained consistently strong among Americans for decades.

A 2014 Gallup poll found that four in 10 Americans believe God created the Earth, and anatomically modern humans, less than 10,000 years ago.

In a 2009 Harris poll, 39 percent of Americans agreed with this statement: “God created the universe, the earth, the sun, moon, stars, plants, animals, and the first two people within the past 10,000 years.”

A 2013 Pew poll found that about a third of Americans believe humans did not evolve but have existed in their present form from the beginning. That figure doubles for white evangelicals.

Evolution requires an old Earth. Creationism does not.

Not all creationists believe in a young Earth, however. According to Gallup polling, 31 percent of Americans believe in an ancient Earth and also believe in a God-guided evolutionary process.

Only about 19 percent of Americans believe in classical Darwinian evolution, that humans evolved from lower life forms by purely natural means, without God involved. In Europe and Japan, that figure is closer to 80 percent.

Jonathan Bartlett, a Broken Arrow computer programmer who writes and speaks on the issue, said he once made fun of people who believe in a young Earth, but now he is one.

Bartlett was motivated to study biology and other disciplines after his first son was born with a rare genetic disorder and died a few years later. That study changed his mind about the age of the Earth.

As a graduate student at Oklahoma Baptist University and later a theology student at Phillips Theological Seminary in Tulsa, belief in an old Earth was his default position, Bartlett said.

But the more he studied it, he said, the more he came to believe that arguments for an ancient Earth were often circular; people in that camp had their model of what is true and tried to make the facts fit into it. Some fit nicely, others did not, he said.

“When I look at a larger-scale picture of geology, it supports young Earth creation,” he said.

Bartlett said the controversy is not something people should fight about.

“It’s something we should discuss. I was not less of a Christian when I was an old Earth advocate.”

Hart said students often feel, erroneously, that they have to choose between young Earth creationism or old Earth naturalistic (without God) evolution.

In truth, he said, serious evangelical scholars hold a variety of positions on the biblical creation story.

In general, though, he said, most scholarly and scientific evangelicals tend not to take the young Earth position seriously. He said ORU has professors on both sides of the issue.

Ken Wolgemuth, a geologist who calls himself a Bible-believing evangelical, is concerned about what he sees as harm to the church caused by the young Earth movement, which he says has expanded dramatically in recent decades.

Wolgemuth organized and taught at the seminar last month at Kirk of the Hills, defending the old Earth position, which he says is overwhelmingly supported by a wide range of scientific disciplines.

He started Solid Rock Lectures to counter the young Earth movement, which he says is causing young people to leave the church and creating a barrier to scientifically-minded people coming to faith in biblical Christianity.

“The age of the Earth is not a key doctrine,” he said. “It’s irrelevant to the gospel.”

He said young Earth advocates use “junk science” and “cherry-pick” their facts to conform to their position.

Bryan said that when he has taught his young Earth position at Fellowship Bible Church, some have disagreed with him but it hasn’t become a divisive issue.

“The purity of the gospel is worth fighting for. There’s not as much clarity in Scripture (about the age of the Earth). There’s potential for a range of interpretations.”

Christianity is not the only faith with young-Earth advocates.

Weg said Orthodox Jews believe the world is 5,775 years old and that humans were created on the sixth day of the creation, according to the biblical record.

He said that date is not derived from adding up the years of the genealogies in Scripture but is consistent with those dates.

“It’s not like we figured out the date by adding up the genealogies. It’s the other way around. This is information we’ve (handed down) since the creation,” he said.

People committed to biblical inerrancy hold a variety of positions about creation, and the age of the Earth, according to Larry Hart, Ph.D., professor of theology at Oral Roberts University. Here are seven of the most popular:

Gap theory: That there is a gap between Genesis 1:1 and Gen. 1:2 that could account for perhaps billions of years.

Flood theory: That a universal flood in Noah’s day can explain the geological evidence that geologists say points to an old Earth.

Appearance of Age Theory: That God created the Earth 6,000 years ago with the appearance of antiquity.

Progressive Creationism: Mostly commonly accepted by evangelicals, that the “days” of creation, the Hebrew word “yom,” refers to extended periods of time, even billions of years.

Theistic Evolution: That God used evolution as the means of creation.

'When I look at a larger-scale picture of geology, it supports young Earth creation.'

'We’ve got to be careful. Remember that the church called Copernicus and Galileo heretics.'

Study: Access to nature is linked to improved mental health

Study: Access to nature is linked to improved mental health

Get a recipe from Chef Ben Alexander, Vice President of Culinary Operations at The McNellie’s Group, for a griddled burger similar to the Howdy Burger.

Q: My husband, daughter and I are planning to combine households with my mother. She is a widow with some new health problems, and no longer wishes to live alone.

Demand for pickup trucks remains strong. But competition among makers leads to great deals on leases, including Toyota Tacoma, Chevrolet Colorado and GMC Canyon. Here are the best lease deals on pickups for June 2021.

I am a member of several online garden groups and am seeing a lot of recommendations from people suggesting I should add antacids or eggshells or Epsom salts to the soil when I plant my tomatoes to help prevent Blossom End Rot. Do you have any suggestions? — V.M.

How to choose the best spray faucet for your kitchen

Many pull-down and pullout kitchen faucets have different spray head features from which to choose. Here are some options to consider.

Living with Children: Follow these 4 steps to give argumentative teenager the last word (and restore sanity)

"My 15-year-old daughter is slowly driving me insane! She argues with me about everything and always wants the last word. ... Is there a solution?"

The ancient Evangeline Oak is a special tree to Cajuns. 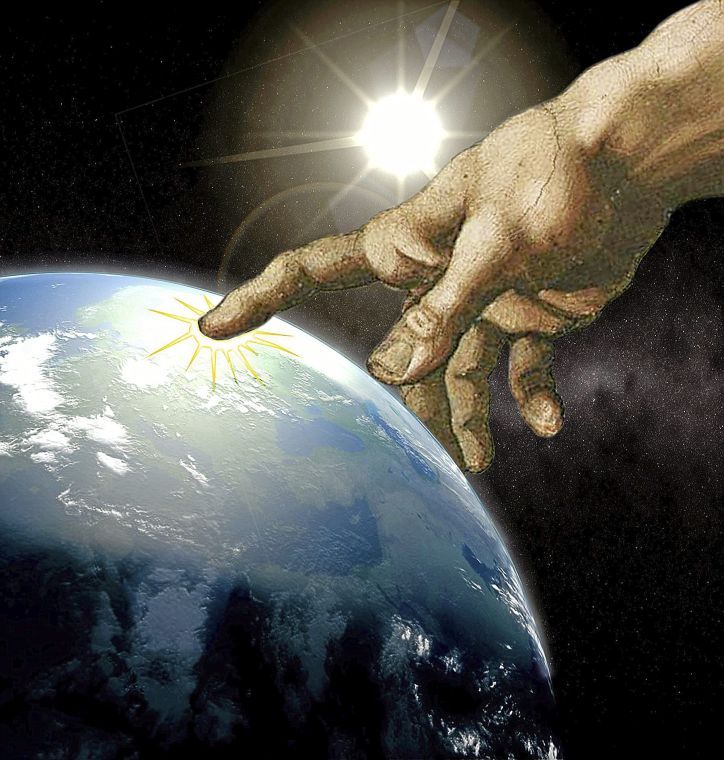 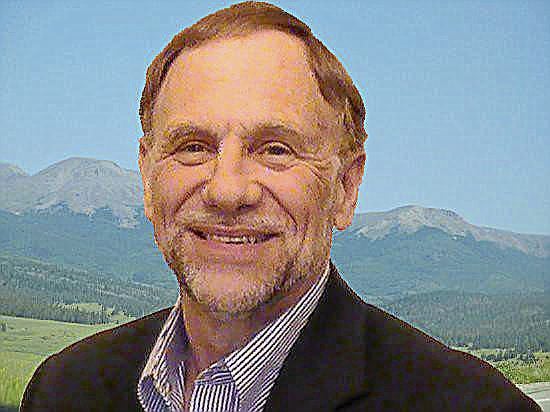 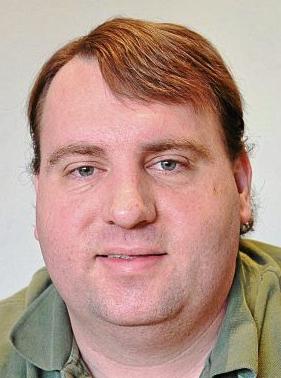 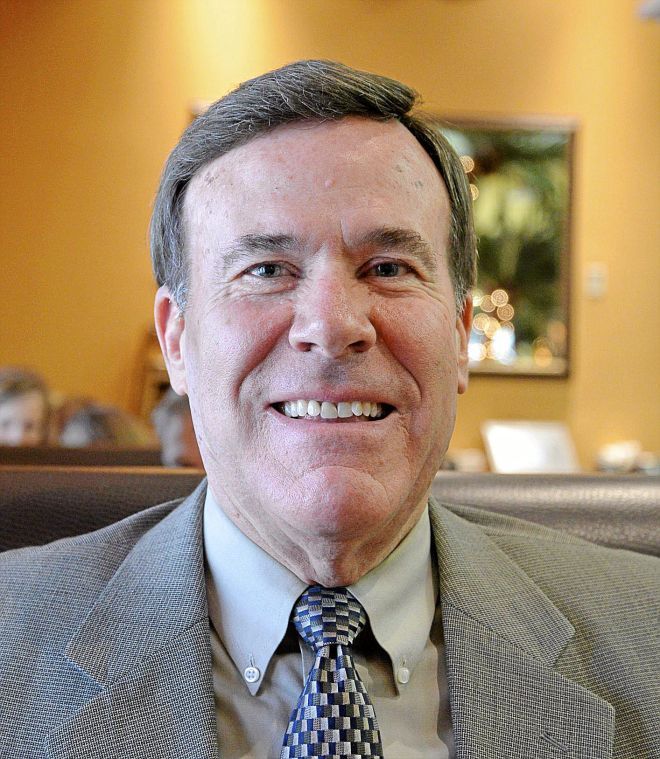 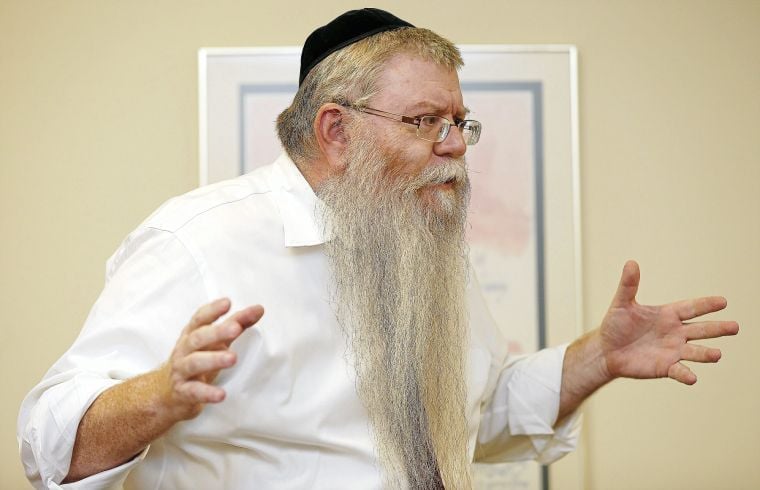