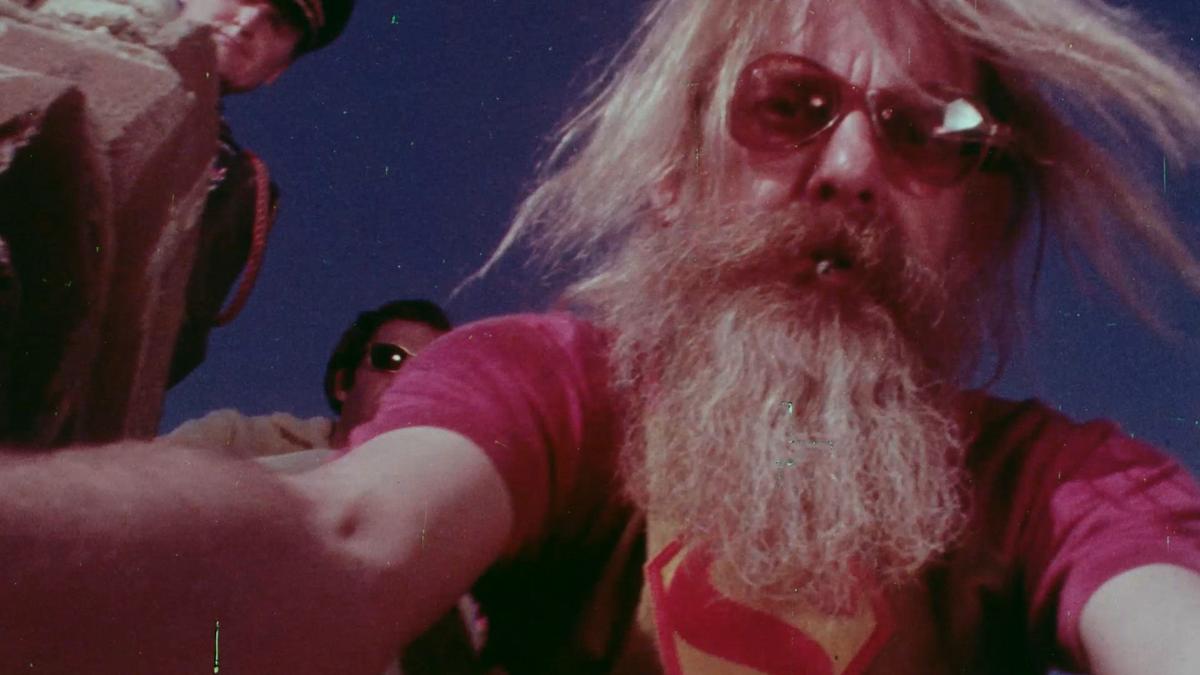 Filmmaker Hal Ashby, the director of 1970s classics such as “Harold and Maude” and “Shampoo,” is the subject of the new documentary “Hal,” made by an Oklahoma filmmaker and showing at the Tulsa American Film Festival. Courtesy/ Oscilloscope Pictures 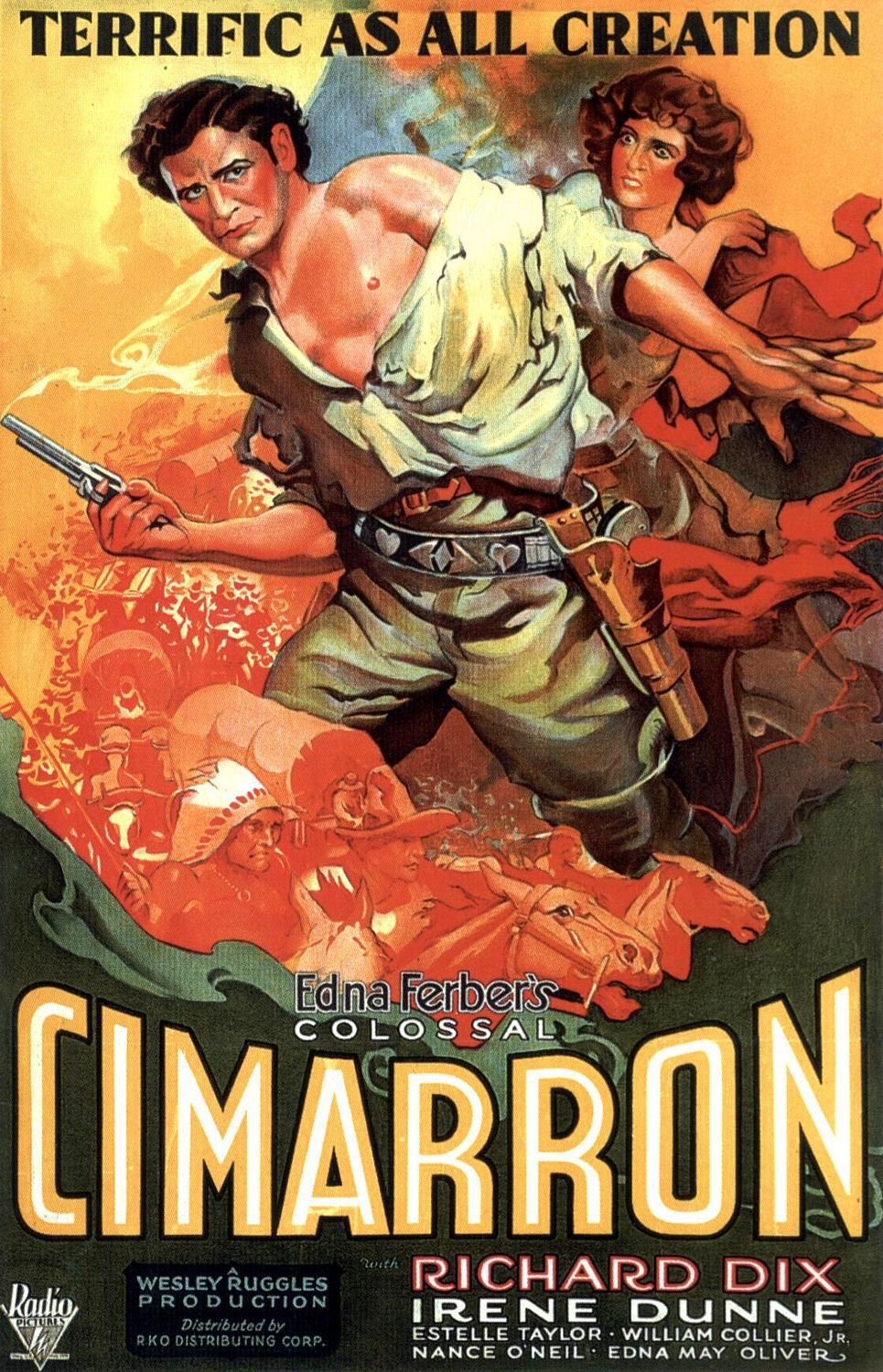 You can see “Cimarron,” the 1931 Oscar-winner for best picture and set in Oklahoma, for free Thursday night in an outdoor showing as part of the Tulsa American Film Festival.

That’s in addition to panel discussions that feature industry veterans as well as after-parties each night when the screens fade to black.

The schedule includes several free events, such as Friday night’s visit by the “Ask TCM” guys, Scott McGee and Gary Freedman from Turner Classic Movies, for a Facebook Live event that will be recorded for later play.

There’s also a free showing of the Oklahoma-set best picture of 1931, “Cimarron,” as well as screenings of new films like the acclaimed “Hal,” a documentary about filmmaker Hal Ashby (“Being There,” “Harold and Maude”) made by Oklahoma native Amy Scott, a Lawton native who attended the University of Oklahoma.

All events are at Circle Cinema unless noted. Tickets are $10 for individual film programs; $50 for all-access pass; and $75 for VIP pass; some events are free. For more information, go to tulsaamericanfilmfest.com

7:30 p.m.: “Blue Smoke: A Folk History of Oklahoma’s First and Finest Beer,” a short documentary about Choc beer, as well as documentary previews of “The 100 Mile Run” and “Nomad Cowboys.”

7 p.m.: Free outdoor screening of “Cimarron,” the set-in-Oklahoma Oscar-winning best picture of 1931, at “Kendall-Whittier After 5” event in parking lot across from Circle Cinema.

8 p.m.: “You People,” narrative feature film about a crisis of culture, preceded by “Jesse Lott: Art and Activism” short documentary.

7:30 p.m.: Q-and-A: Ask TCM Facebook: Admission is free to stop by Circle Cinema and possibly ask Turner Classic Movie Facebook producers Gary Freedman and Scott McGee questions about movies. This event, which is free, will be recorded live to air on TCM Backlot Facebook at a later date.

8 p.m.: “How to Run Away from Home (and other useful tips for the road),” a short film plays before the feature “Strike, Dear Mistress, and Cure His Heart,” directed by Oklahoma filmmaker Mickey Reece.

7 p.m.: “Guardian,” a short film plays before the feature “Alaska is a Drag.”

"An Evening with Tim Blake Nelson" will feature Nelson talking about his career, focusing on his recent work in the HBO miniseries "Watchmen," which focuses on events surrounding the Tulsa Race Massacre.

Will Smith film pulled from Georgia over voting law

Production of Will Smith's film "Emancipation" has been pulled from Georgia over the state's new voting law, the most high-profile film to depart.

Prince Philip had a rich Hollywood history. Here’s how he was depicted in film and TV

Here's a look at the actors who’ve taken on the role over the years — and one who will play him in the near future.

Spring and summer movie preview: A look ahead to films coming to theaters, homes in coming months

Don’t be surprised if a few of these movies sound familiar due to having been pushed back ad infinitum because of the pandemic.

The Oscars are different this year, but that doesn’t mean the movies were somehow inferior. Here's a ranking of the last five years of best picture nominees to see how 2020 measured up.

REVIEW: Is space really as boring as 'Voyagers'?

Two thoughts come to mind the minute “Voyagers” begins: Why are these young people so impossibly good looking and why are they so incredibly quiet?

Filmmaker Hal Ashby, the director of 1970s classics such as “Harold and Maude” and “Shampoo,” is the subject of the new documentary “Hal,” made by an Oklahoma filmmaker and showing at the Tulsa American Film Festival. Courtesy/ Oscilloscope Pictures

You can see “Cimarron,” the 1931 Oscar-winner for best picture and set in Oklahoma, for free Thursday night in an outdoor showing as part of the Tulsa American Film Festival.